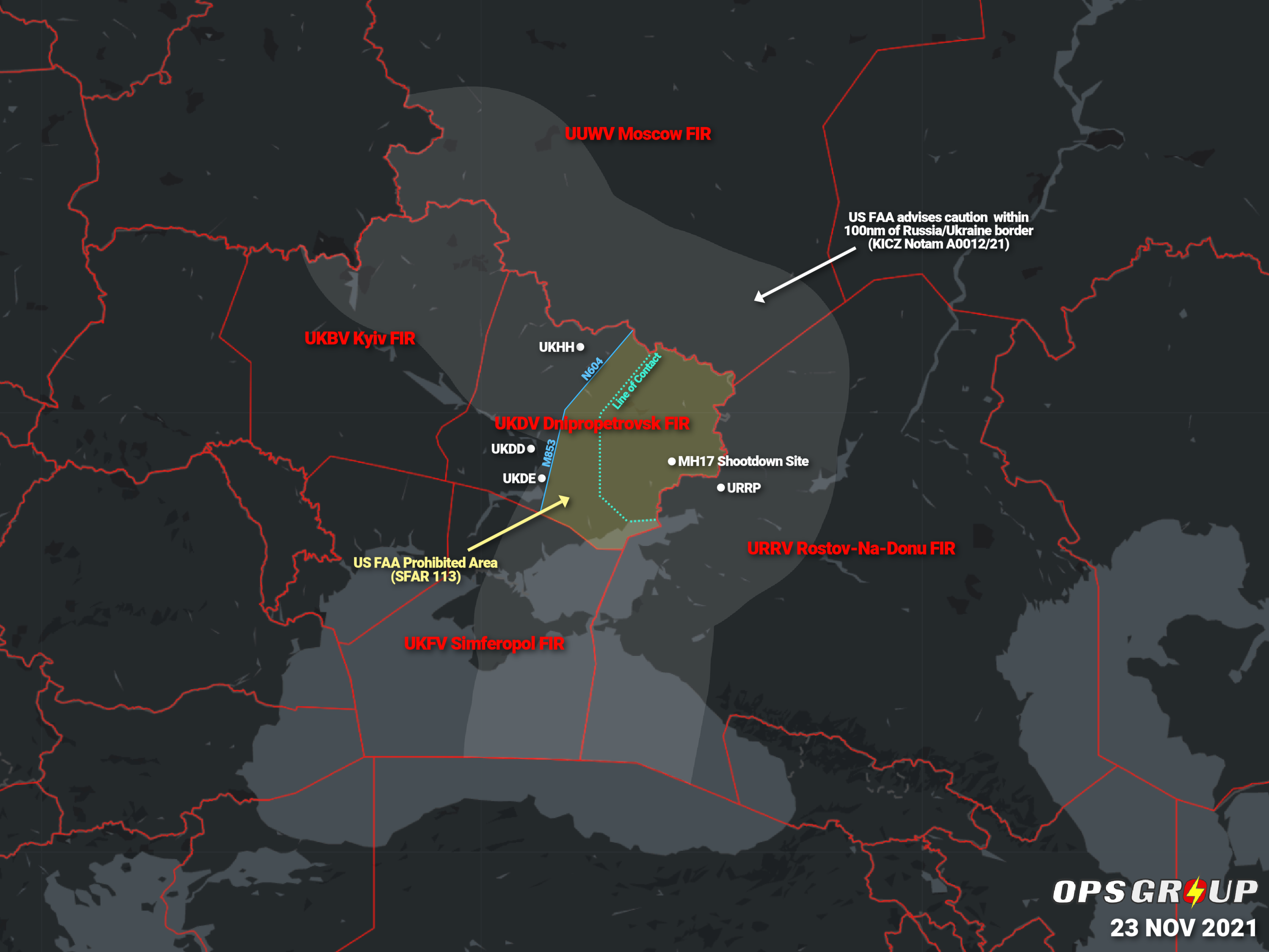 
Long-standing airspace warnings are in place for the Russia/Ukraine border region due to the ongoing conflict. But with recent reports of increased military activity along the Russian side, the concern is Russia may be considering renewed military action including incursions into the Ukraine which would further destabilise the region.

The most recent report suggests large escalation in activity near Maslovka in Belgorod Oblast and around URRP/Platov International Airport in Roston-On-Don Oblast.

URRP/Platov International Airport is the main airport serving this region, and is relatively new – only having opened at the latter end of 2017. It is primarily used by short haul operators to connect to Middle East and Eastern European destinations. The airport has a single runway 05/23 which is 11811ft/3600m in length and has CAT II capability.

Reports suggest Russia is using equipment to jam Ukrainian surveillance drones. Such equipment could affect civilian aircraft, although the range would most likely be limited to the region along the border where airspace warnings already apply.

The US and Europe are encouraging de-escalation. If sanctions were taken against Russia, this could lead to potential gas and fuel shortages as Russia is a major contributor to Europe for these.

There are some tensions between Russia and Europe due to sanctions imposed against Belarus back in May, following the interception of an international flight bound for Lithuania and forced to land in Minsk.

What is the background?

There is an active conflict zone in eastern Ukraine along the border with Russia. The main hotspot is the Line of Contact which runs through the UKDV/Dnipro FIR. 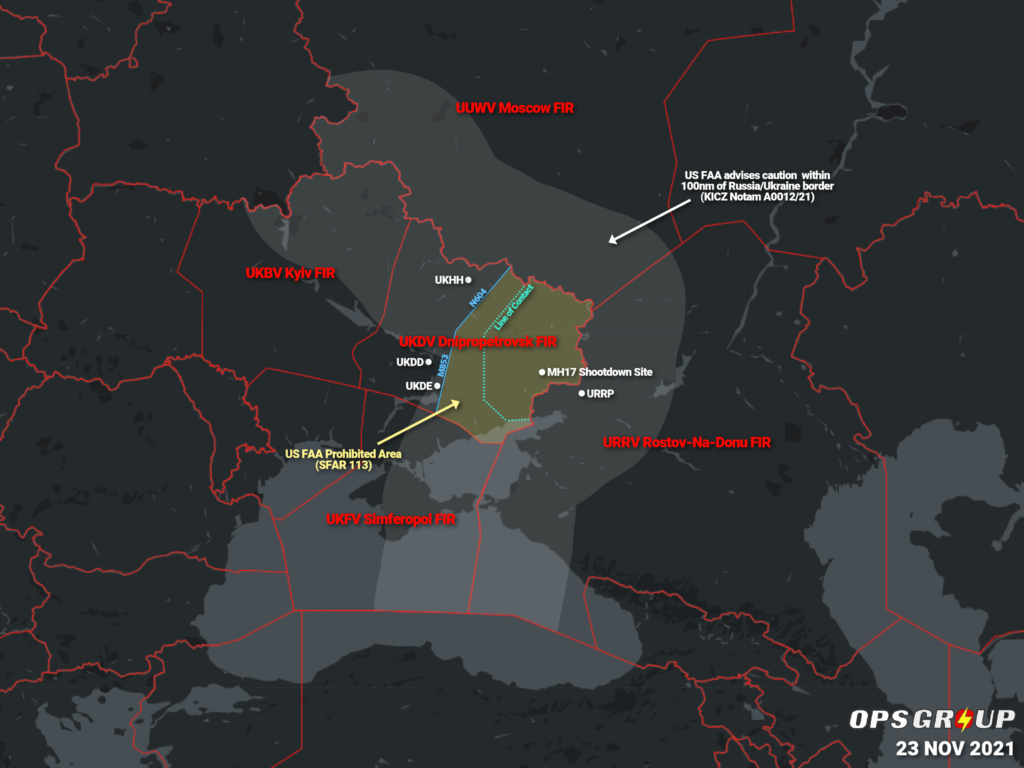 The FAA warned of increased tensions in April 2021, but these were thought to be easing with reports of Russia withdrawing much of their forces. In October 2021 the FAA updated their SFAR extending the flight ban on eastern part of the UKDV FIR to Oct 2023.

What are the current warnings?

The FAA bans US operators from overflying the eastern part of the UKDV FIR, and warns operators to exercise extreme caution within 100nm of the entire Russia-Ukraine border. Several other states have also issued airspace warnings for eastern Ukraine.

A full review of the major warnings can be found at safeairspace.net

What is the risk leading to these warnings?

The primary risk is for operations near the Russia-Ukraine border in the UKDV/Dnipro FIR. Should hostilities escalate here, the airspace on both sides could be exposed to potential weapons activity posing a risk to civil aircraft from misidentification or miscalculation.

The secondary risk affects the UKFV/Simferopol FIR which is disputed airspace. (Ukraine:UKFV, Russia:URFV). The risk here stems from aircraft potentially receiving confusing and conflicting air traffic control instructions from both Ukrainian and Russian ATC when operating over the region.