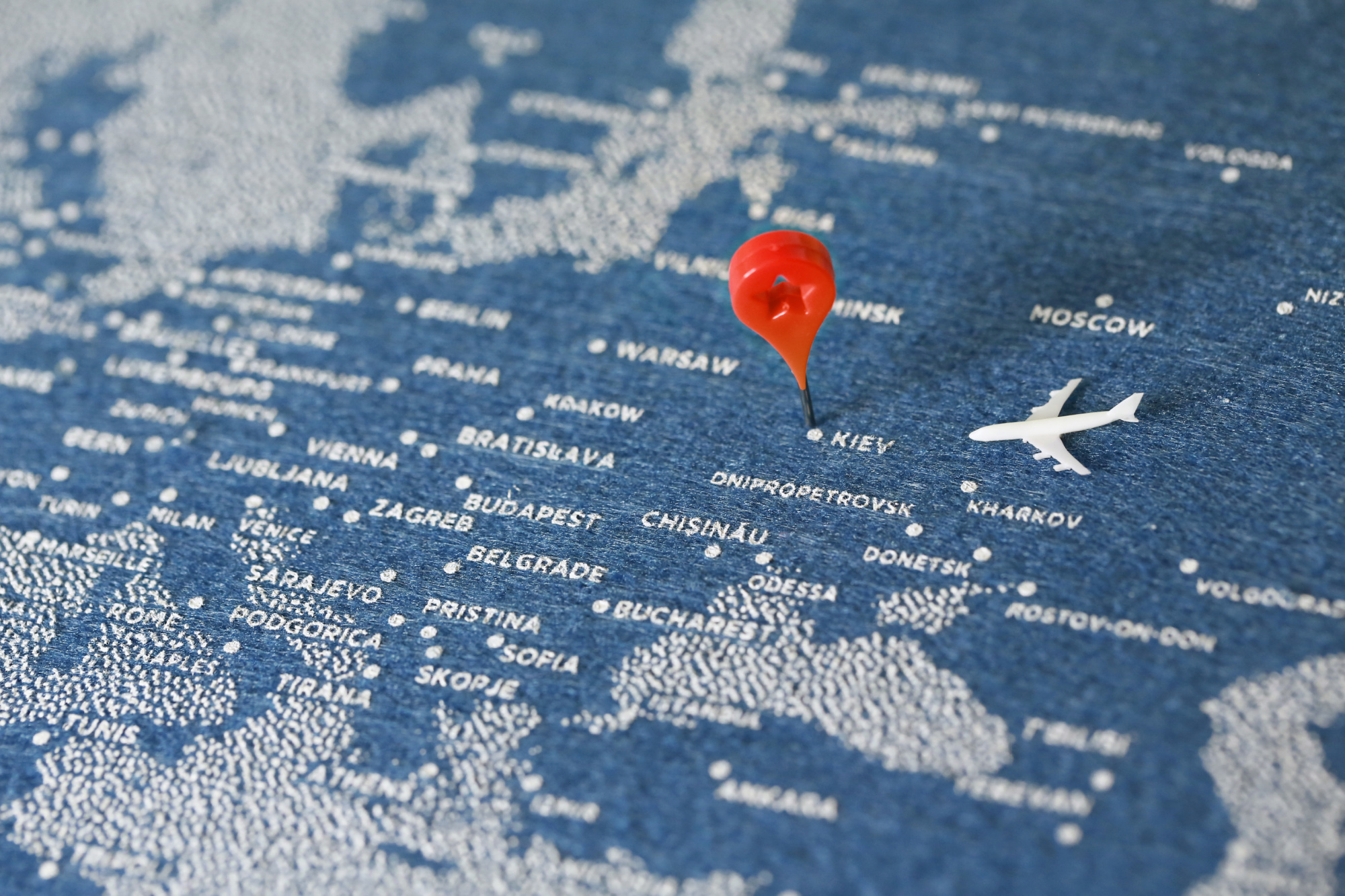 
As the war in Ukraine continues, the risk to aircraft in European airspace may be changing.

There have been several incidents in recent weeks that highlight that the spillover effects of the conflict have begun putting aircraft at risk in nearby FIRs. Or in other words – busy, open airspace with no airspace warnings in effect.

These include undetected military drone incursions in NATO member airspace and extensive GPS interference for aircraft operating across different regions of Europe.

And it is a new and emerging issue. So concerned are IFALPA and EASA, that they both published new bulletins last week to both operators and ANSPs regarding these risks.

On March 12, a large weaponised military drone malfunctioned and left the Ukrainian conflict zone. It flew undetected through the airspace of Romania and Hungary, before entering Croatia and crash landing on the outskirts of the capital, Zagreb.

This was followed by an incident on March 14, where widespread reports emerged that a surveillance drone had briefly entered Polish airspace before being shot down by Ukrainian military as it re-entered their own.

Around the same time, yet more news surfaced that a Russian surveillance drone had been discovered crashed in a village of Northern Romania – the exact date of the incursion isn’t known.

US Air Force drones have also been operating over the Black Sea.

IFALPA responded by issuing a Safety Bulletin on March 16. They report that these incursions are highly likely to re-occur as fighting continues. This may pose a threat to aircraft both on the ground or in the air. The risk comes from the drones themselves, as well as from air defence activities that attempt to destroy them.

This is all in addition to the political impact of Russian aircraft entering NATO member airspace without clearance. While there has been no indication that these incursions were intentional, it does increase military surveillance of the skies over these countries, including the remote risk that a civilian aircraft may be misidentified and targeted in error. 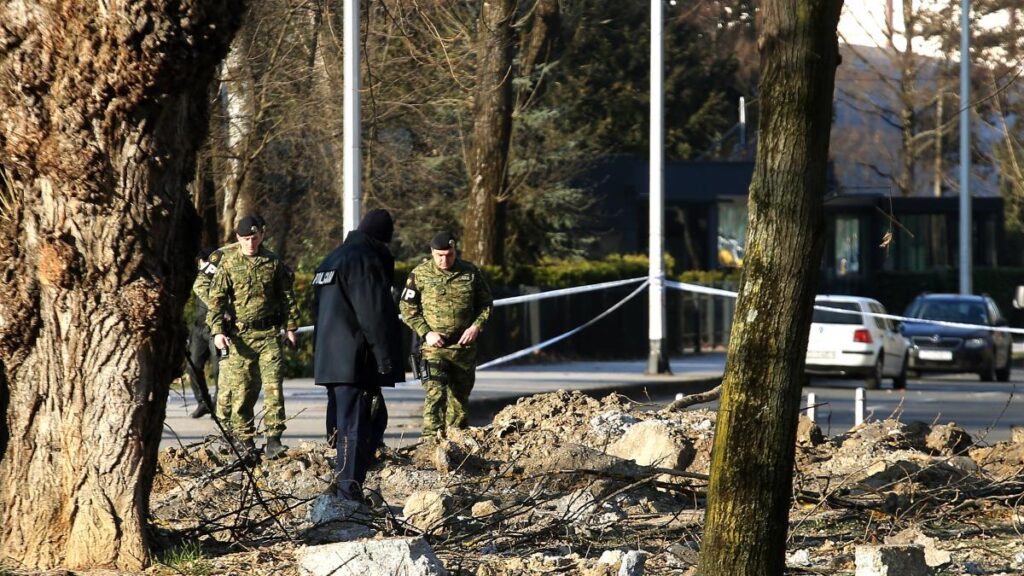 Impact sight of a drone that crashed in Zagreb, Croatia on March 12.

Since February EASA has identified four regions near Ukraine where GPS interference has significantly increased. This includes instances of jamming and spoofing – if you’re unfamiliar with the latter, it means to deliberately introduce errors into the signal so that GPS receivers become inaccurate or erroneous.

The four hotspot regions are: 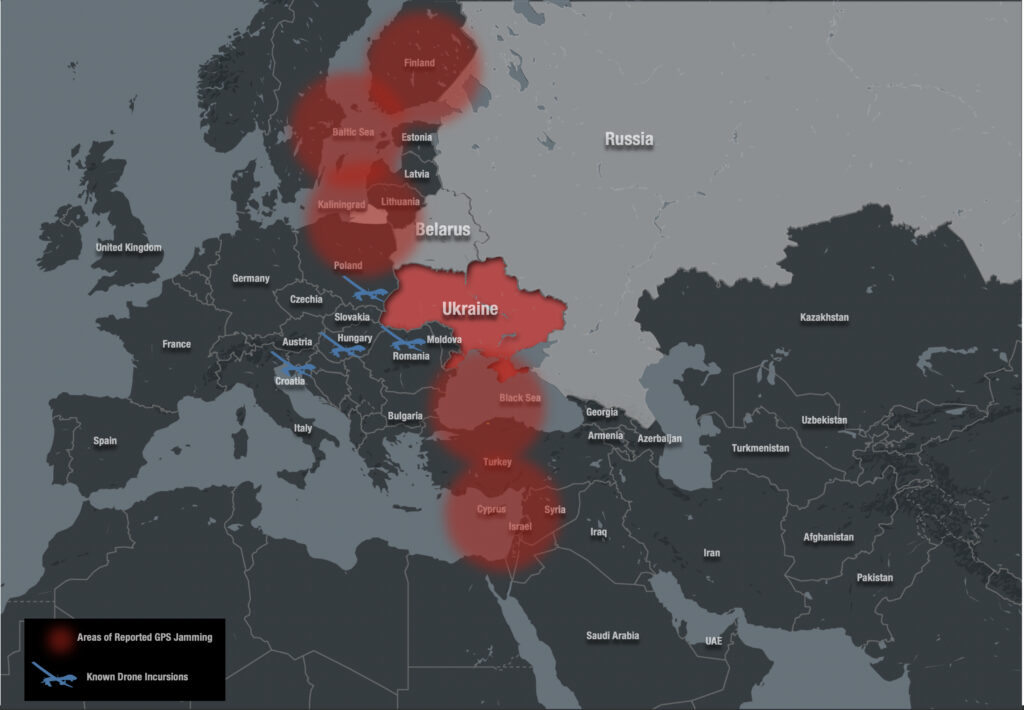 Reports have come from various phases of flights and had led to re-routing and even diversions.

For operating aircraft, the effects can be significant. A complete loss of GPS is immediately noticeable and leads to issues navigating, or carrying out ops that require RNP.

More worrying is spoofing, which can be far more insidious. Erroneous GPS signals can lead to false triggering of hard GPWS warnings, inaccurately displayed information, loss of ADS-B, faults with wind shear and terrain warnings, failure of aircraft systems that rely on GNSS for reference and even airspace busts. All nasty stuff.

On March 17, EASA published a Safety Information Bulletin on the issue. It includes a list of things that both operators and ANSPs can do to help mitigate the risks during this time. Absolutely worth a read if you’re flying in European airspace right now.

Proximity to the Fight

These events indicate that risk is present near the conflict zone, not just within it. And with flight tracking indicating aircraft frequenting open airways near the Ukraine border, but clear of closed airspace, perhaps we need to be collectively paying a bit more attention. 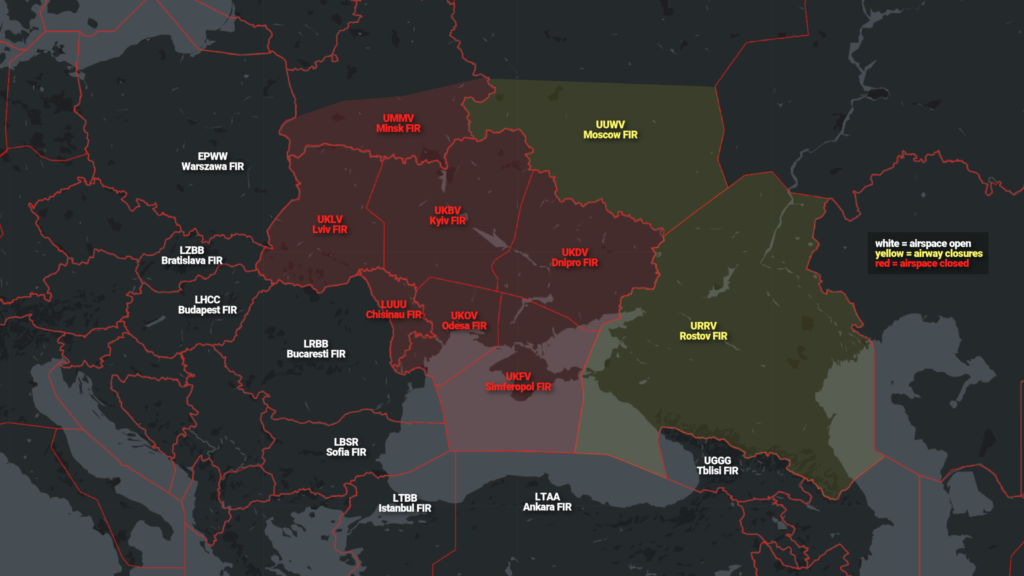 Risk may be increasing in open airspace nearby the conflict – especially those FIRs labelled in white.

Case-in-point. On March 13, Russia carried out an air strike near the city of Lviv, in Western Ukraine where at least thirty missiles were fired towards various targets. This occurred just 15 miles (25km) from the Polish border, along with open airways that run adjacent to the border (particularly T344 and Z367).

There are currently no active airspace warnings in Poland.

Both IFALPA and EASA have agreed that operators need to carry out their own risk assessments when operating in the region at the moment. That starts with verified, accurate and timely information. Make sure you keep checking safeairspace.net – our conflict zone and risk database.

And please report back to us any new info you come across (be it airspace risk related, or simply sharing your experience of a recent flight) and we can help redistribute that info back out to the group so that all are aware.

You can email us at news@ops.group, or file a report of a recent trip on our Airport Spy page here: ops.group/blog/spyreport