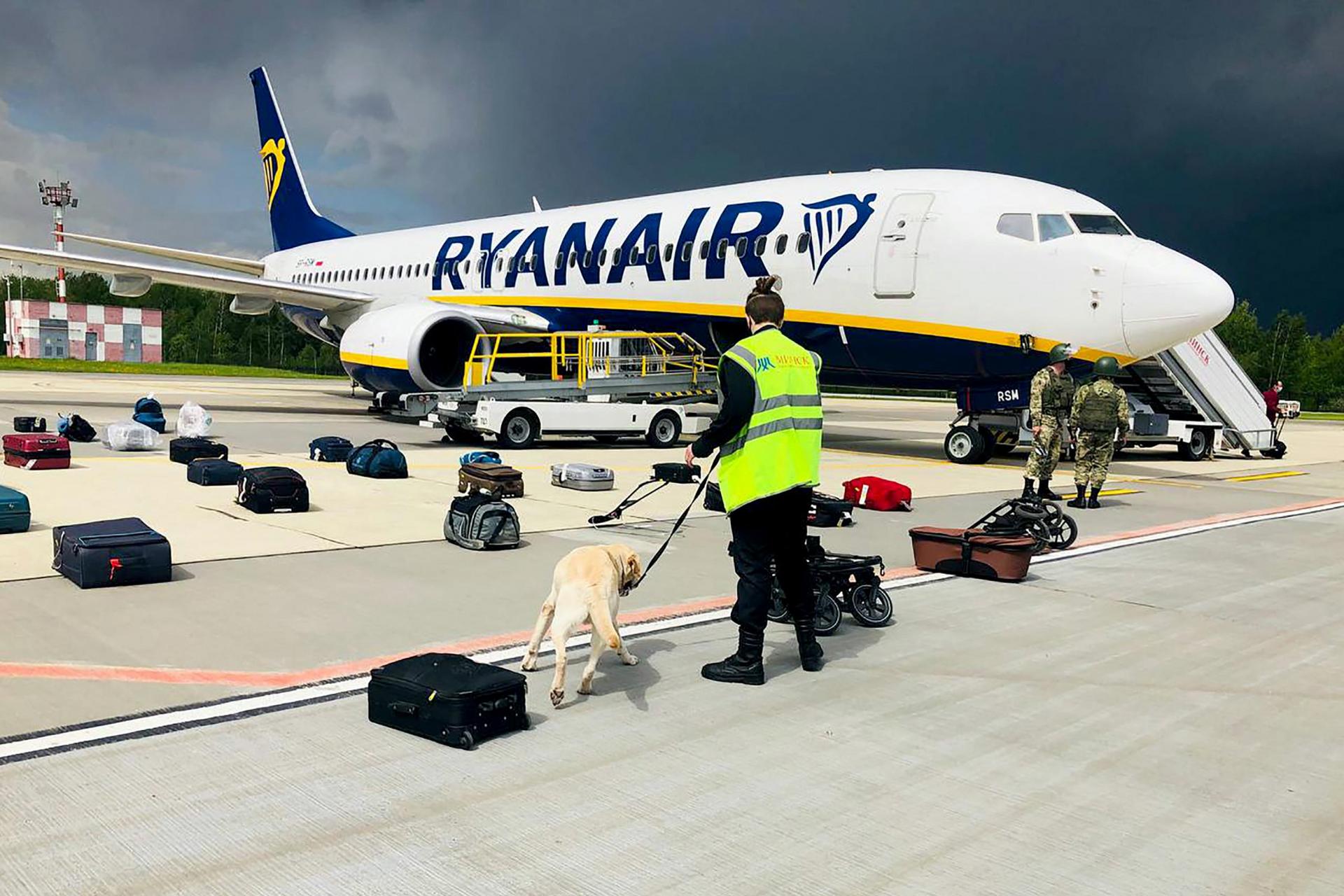 
Several countries and aviation bodies have urged airlines and operators to avoid the airspace of Belarus following the country’s interception of an international flight bound for Lithuania and forced to land in Minsk.

Is there any cause for additional concern? Or was this a one-off event that poses no additional threat to airspace safety? 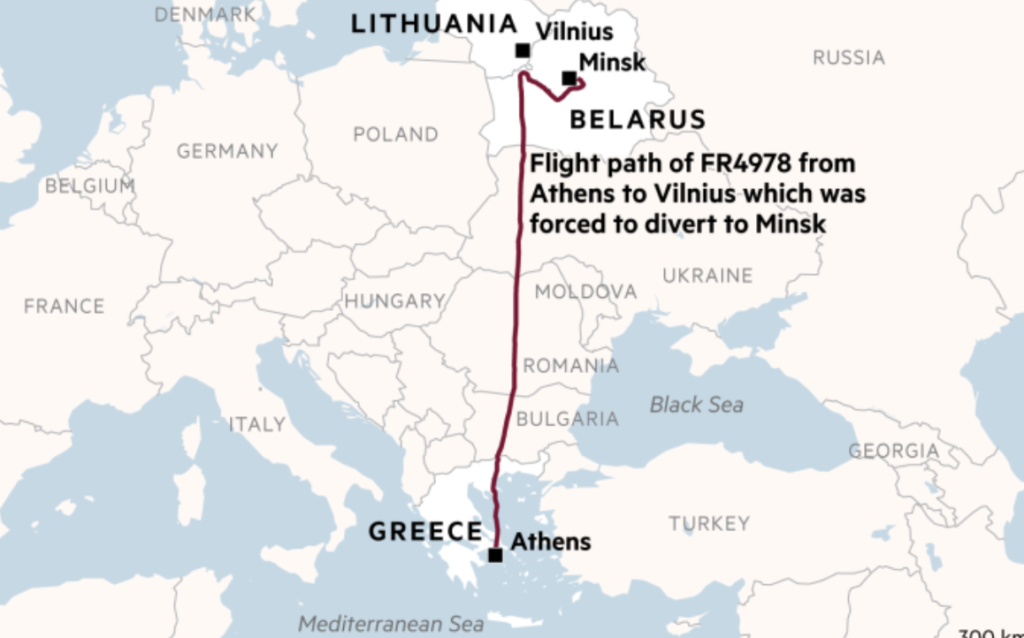 Track of the Diverted Aircraft

The forced landing of this flight was politically motivated, and the crew were misled into believing that there was a credible security threat against the aircraft. Understandably, this is of major concern to civil aviation.

The perspective that OPSGROUP takes on any aviation-related incident or situation, is formed solely through the lens of operational impact to our members; in other words, “what does this mean for the flight we want to operate tomorrow“. If I am a pilot planing to operate a flight through the Minsk FIR tomorrow, am I subject to heightened risk of any kind?

Purely from this standpoint, we view this as a one-off incident, that is not likely to recur. We do not consider there to be additional risk to aircraft flying through the Minsk FIR.

But it’s still a major incident …

That does not mean that we are downplaying the magnitude of this event. The conventions and agreements that protect civil aviation are and should continue to be sacrosanct. Aviation itself here has been hijacked, not just this Ryanair aircraft: a dictator-led state has used the civil aviation system for its own nefarious, political purposes.

And as we have seen from the EU ban on Belarus related flights announced this week, the political response has been swift and strong.

But again, purely from an operational perspective, we must differentiate between political sanctions and genuine airspace risk warnings. The Belarus response is heavily weighted to the former, not the latter.

What aviation authorities are now saying

ICAO has issued brief statements online expressing concern, but are waiting for the circumstances of the incident to be investigated further.

EASA has published a Safety Information Bulletin saying that both EU and Third Country Operators should avoid the UMMV/Minsk FIR. However, EASA says it does not believe the safety concern relating to the incident comprises an “unsafe condition” that would warrant a Safety Directive which would force airlines to comply.

Latvia and Lithuania have banned all flights to/from their airports if overflying the UMMV/Minsk FIR. The UK, France, and Canada have all published Notams advising operators not to overfly the airspace of Belarus, and it seems highly likely that more countries will issue warnings in the coming days.

For an up-to-date list of these warnings and advisories, you can check the SafeAirspace.net page for Belarus here. SafeAirspace is a Conflict Zone & Risk Database, and we maintain this warning system to alert operators to tangible, credible threat information that should impact their flight planning decisions. To repeat – we do not consider there to be additional risk to aircraft flying through the Minsk FIR following this recent incident. However, with SafeAirspace.net we simply want to ensure that operators have a single source for all official risk warnings and advisories issued about individual countries, and it’s for that reason we have listed Belarus on the site.

How unprecedented is this?

It’s not a routine event for a country to force an overflying aircraft to land, but it’s also not as rare as you might think. Usually, a forced landing and/or fighter intercept occurs because of unpaid navigation charges, or the lack of an overflight permit. Each country publishes intercept procedures, so that pilots know how to respond to a military interception.

Politically motivated interceptions are also not without precedent. In 1985, the Interception of EgyptAir 2843 followed US intelligence received reports that four Palestine Liberation Front Terrorists, responsible for hijacking a cruise ship, were located at an airfield near Cairo, and that Egypt was planning on flying them out to Tunis aboard an EgyptAir airliner. The flight was expected to route over international waters, close to a US Navy ship, and so the US coordinated with local ATC to ensure the aircraft was refused landing at both Tunis and Athens, and a pair of Tomcats were sent up to force the airliner to divert to a NATO base in Italy. Once on the ground the hijackers were removed and detained.

In 1977, Lebanon accused Israel of ‘Air Piracy’ after they forced a Lebanese Middle East Airlines aircraft to land in Israel. The aircraft was en-route from Beirut to Baghdad, when it was intercepted by two Israeli fighters and diverted to an Israeli military air base in Haifa. Israeli intelligence thought the aircraft was carrying leaders of the Popular Front for the Liberation of Palestine. In fact, it did not have them onboard but had been chartered by Iraqi airlines following a delay by one of their own aircraft. The crew and passengers were all forcibly removed from the aircraft add interrogated, according to reports, but were released and able to depart some two hours later.

For now, our guidance to crews and aircraft operators is to follow whatever your national aviation authority prescribes in the first instance – and we may expect to see a US FAA KICZ Notam on the way in similar fashion to the EU ban announced this week.

Outside that, it’s your choice as to whether to operate through Belarussian airspace, or not – but be aware of the difference between politically motivated sanctions (even if that motivation is highly justifiable) and genuine airspace risk.

In rushing to respond to this unusual hijacking of civil aviation protocols, we must be careful not to create another hijack in turn – the trustworthiness of conflict zone and airspace risk warnings.