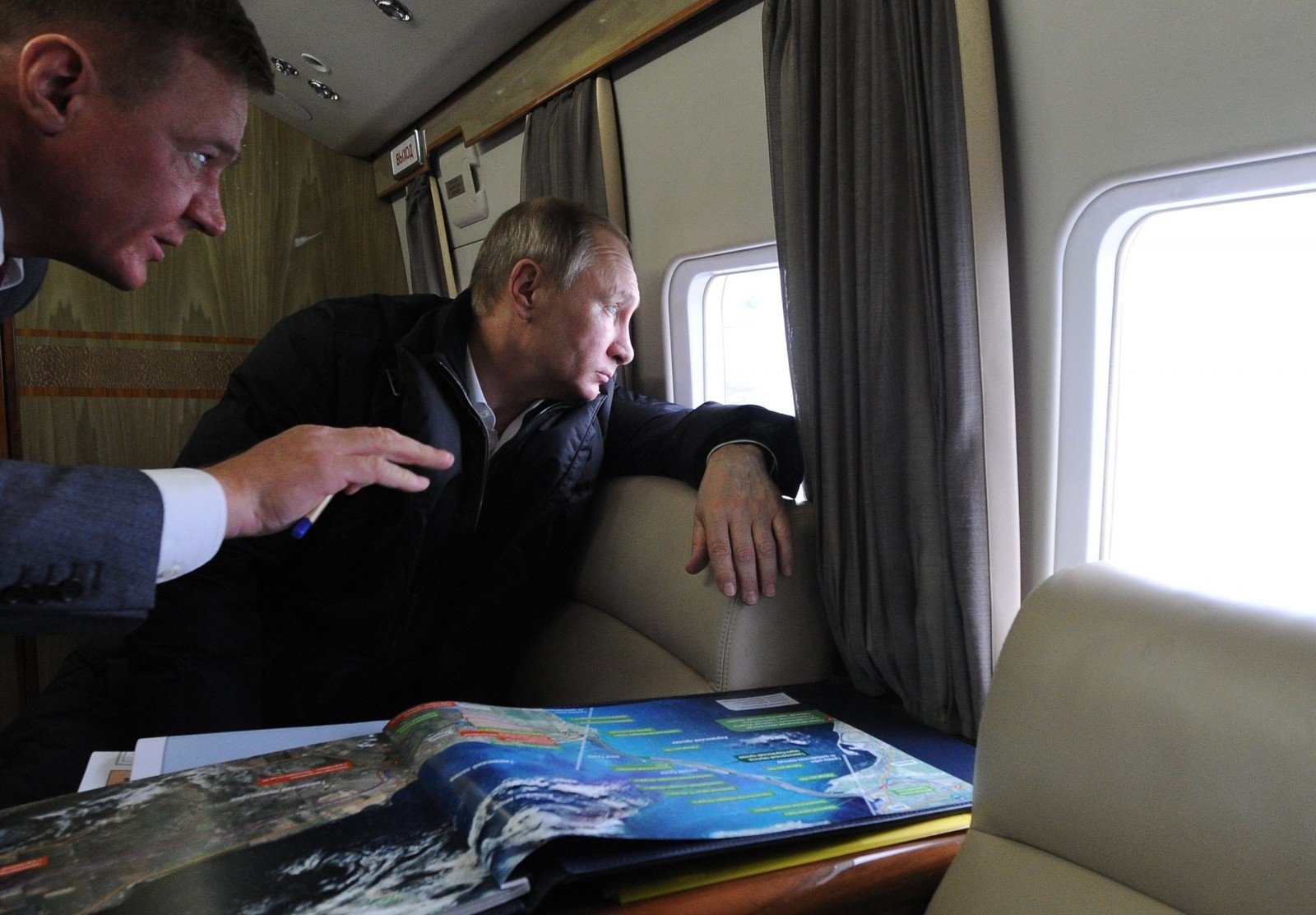 
The airspace warnings for the Ukraine are on the rise again, and for good reason – Russia seem to be going on a renewed military offensive, focusing their efforts on the area of disputed airspace over Crimea. 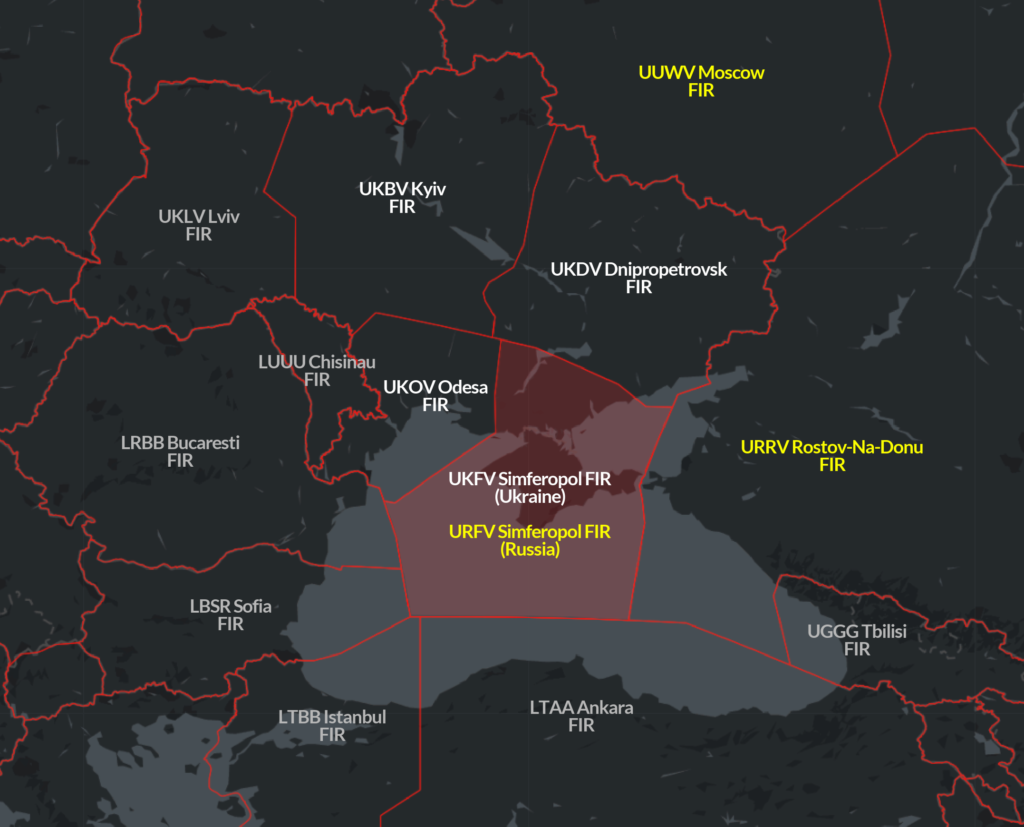 Following Russia’s annexation of Crimea in March 2014, the ATC Center in Simferopol has been run by Russia. Russia claims the airspace, and publishes Notams under the URFV code they invented for it. Ukraine refuses to recognise the change, and still controls the airspace under the internationally-recognised UKFV code.

So what jurisdiction do Russia have, and how much attention should we be paying to the Notams which they issue for an area of airspace that is not theirs to control?

What are Russia saying?

Russia have published a long series of URFV Notams advising of danger areas and limitations to airways across the Simferopol FIR. These run from April 20-30 – some only apply from FL350 upwards; others apply to all flights from SFC right up to altitudes higher than most aircraft can fly (we saw a FL670 thrown in there). These danger areas are most likely due to military activity, which may include live firing exercises.

The zone of restriction of flights includes some areas over the southern part of Crimea, from Sevastopol to Feodosia, the territorial waters adjacent to the Southern coast of Crimea, and part of the international waters of the Black Sea, and are possibly in relation to Russia’s plan to move warships into the area.

What are Ukraine saying?

Ukraine aren’t happy about it, and have issued a bunch of Notams for the same periods effectively establishing danger areas at all levels in the portions of the FIR that are over water – i.e big chunks of the Black Sea and Sea of Azov (to the northeast of Crimea).

All the Ukrainian UKFV Notams advising about these danger areas carry this note:

In other words – although Russia do not have jurisdiction in this airspace, they have published a bunch of danger areas here, so we (Ukraine) had better do the same, to make the warning “official”. 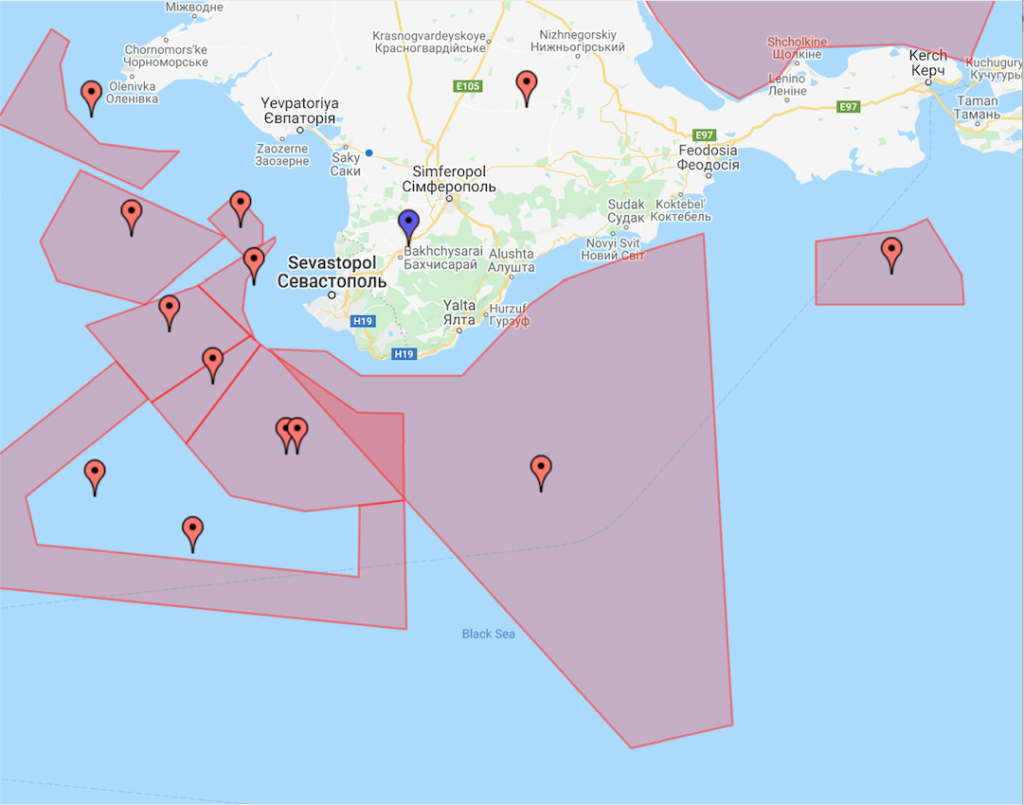 What are other authorities saying?

So far, none of the other state authorities around the world have published or updated their own warnings in response to this recent issue specific to the airspace over Crimea.

Just last week, the US FAA updated their airspace warning for Ukraine – but this was in relation to the UKDV/Dnipropetrovsk FIR in the east of the country along the border with Russia. The US warning to operators in this region was to exercise extreme caution within 100nm of the entire Russia-Ukraine border, due to risks associated with recent increased tensions between the two countries. They said that if hostilities escalate here, the airspace on both sides could be exposed to potential weapons activity posing a risk to civil aircraft from misidentification or miscalculation.

The most recent US advice for the UKFV/Simferopol FIR came in October 2020, when they actually removed their restrictions on overflights of this airspace. At that time, they said the security situation had sufficiently improved here – while Russia continued to assert territorial claims over the region, Ukraine had established appropriate risk management measures to ensure safe operations for aircraft along the Black Sea routes.

Several other states have existing warnings in place for Ukraine. Canada advise operators to avoid the UKFV/Simferopol and UKDV/Dnipropetrovsk FIRs entirely, whereas the UK and France say that overflights of eastern Ukraine should only be planned on airways over the Black Sea to the south of Crimea.

What are we saying?