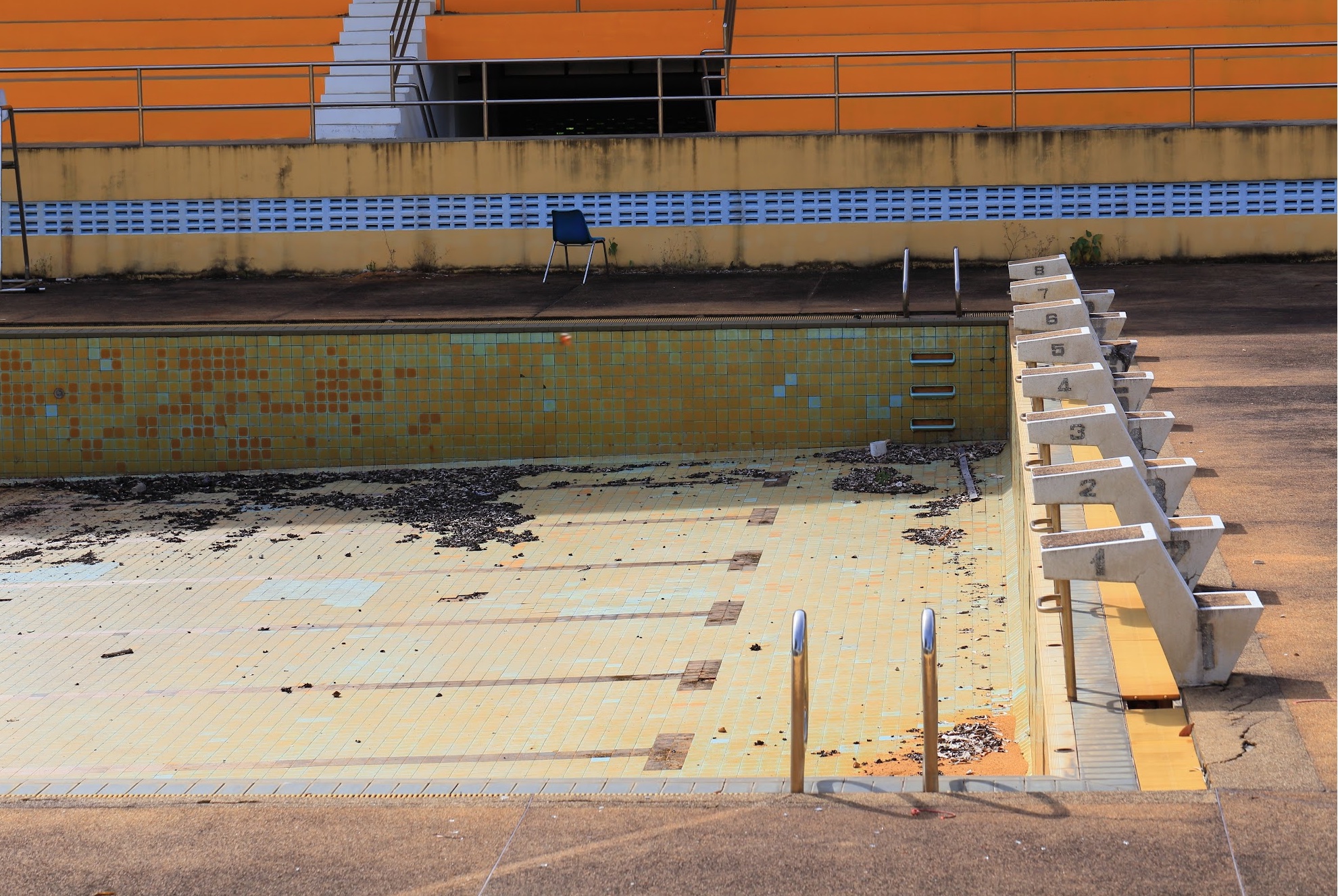 Is the Fuel Pool Drying Up?

Is the Fuel Pool Drying Up?


From Laos to Lima there is a growing fuel shortage and while the shortages (and fuel price hikes) have mainly been impacting road users, the problem is beginning to be felt in aviation as well.

So we figured we’d take a look at the situation.

Russia is the third largest supplier of oil behind the USA and Saudi Arabia, supplying around 12% of the world’s needs.

The conflict is seeing oil prices zoom up, recently hitting $139 a barrel (a 14 year high). Spot prices in New York Harbour went over $7.30 a gallon which is double what it normally would be this time of year.

But why is the USA short?

The USA gets its fuel from lots of places, predominantly domestically and from across the border in Canada and Mexico. What you might not realise though is it also sources almost 10% of its supply from Russia. It’s a big number when you consider 329 million people live in the US. Take into account that Europe is also feeling the pinch of this ‘tightening global energy market’, ‘ it’s no wonder prices are on the charge, and supply running thin. 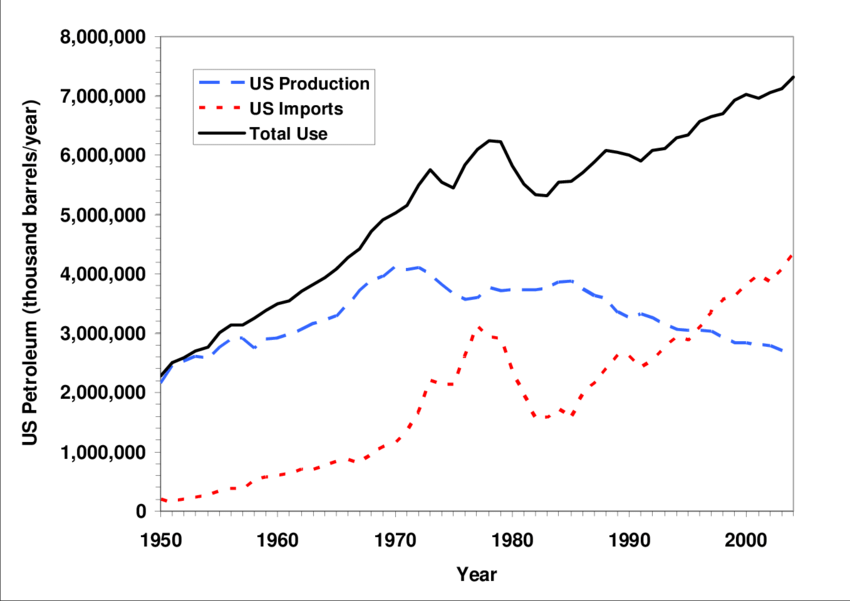 Back in 2021 the USA suffered fuel shortages at a bunch of airports. This was actually due to a bunch of reasons:

Fast forward to 2022 and while flying levels are around 95% of the peak 2019 levels, fuel production is still only around 80%. So there is, simply, a shortage.

Let’s talk about the East Coast.

The East Coast has been particularly hard hit for two reasons: 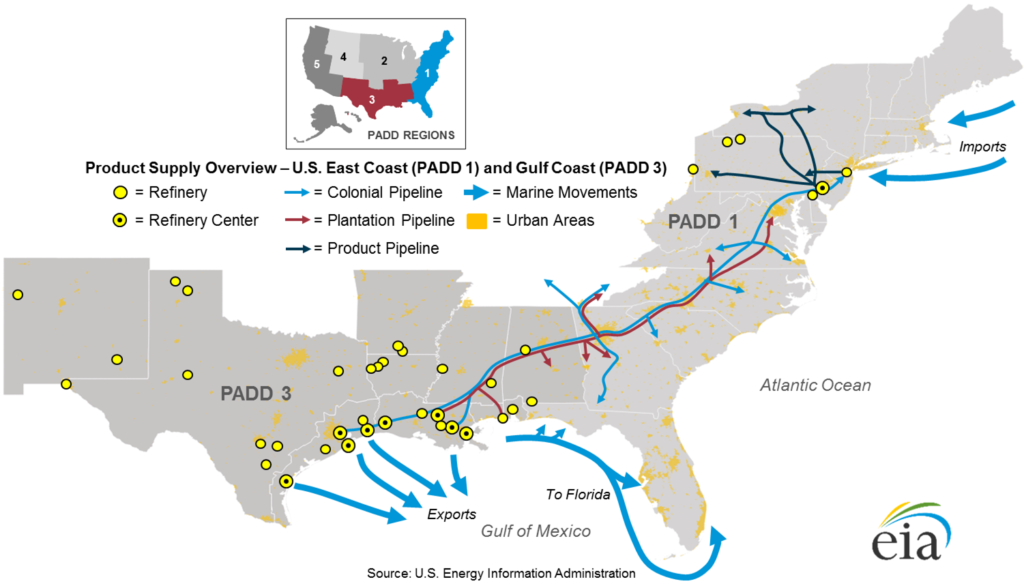 Where it comes from

What are we seeing, where?

We have seen reports for several spots across the USA, and expect to see more particularly for the east coast airports.

If you have visited an airport recently which has fuel supply problems, or where costs are rising significantly, please let us know.

Elsewhere in the world

Nigeria and Russia have both had reports of aviation fuel shortages. The other countries on the list are seeing fuel shortages and rising costs leading to protests and security situations, however whether there is an impact on aviation fuel supplies is currently unknown.

Whilst Russia are a major oil producer, much of their supply may be getting redirected for military operations. One major operator cancelled flights to UUDD/Moscow due being unable to uplift. With the current situation and lack of operators heading in, it is hard to get any clear picture of the situation though.

Although initially due to a batch of poor quality fuel, the situation has been growing as the costs of buying in more keep rising. This has been impacting domestic and some Interational airlines for over a month now. We wrote about it here. 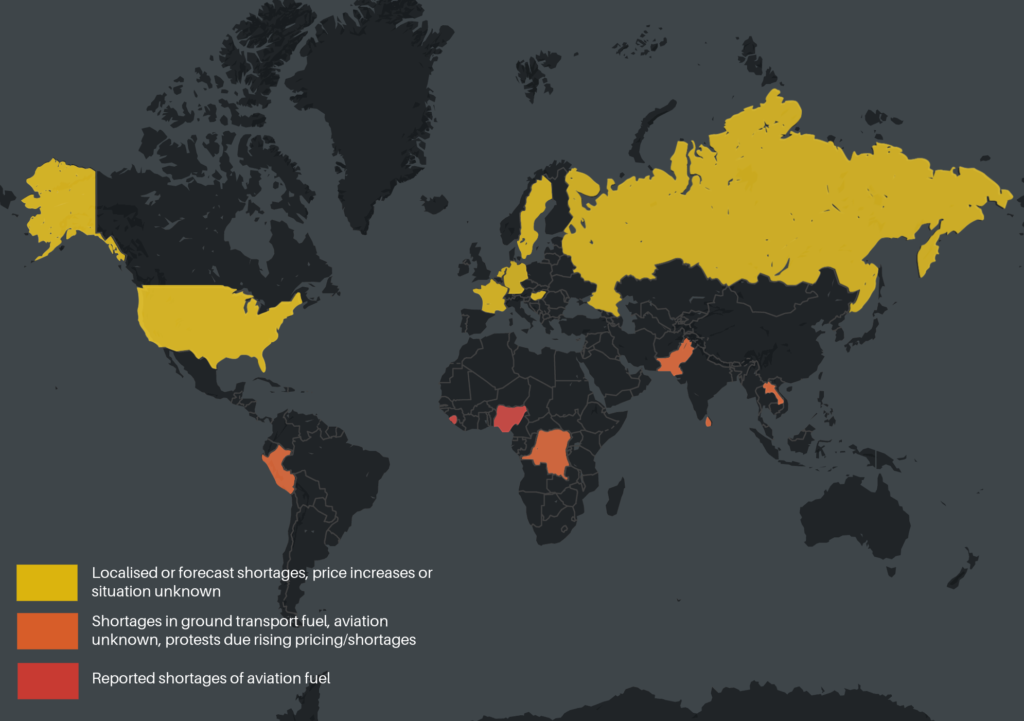 What to do about it?