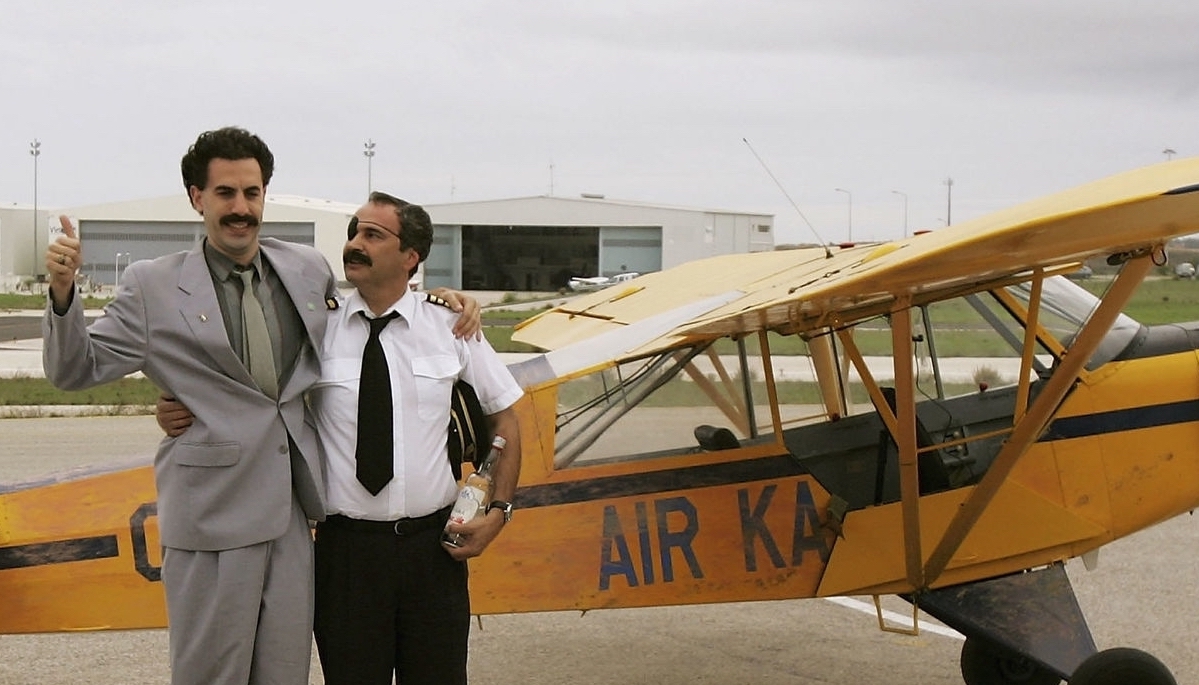 
Kazakhstan have been working with the UK CAA and ICAO to improve their safety and compliance, and they’ve done well. ICAO’s recent audit of them, in August, noted an 84% effective implementation of ICAO standards and recommended practices.

So, what does this mean for you practically if you are operating into Kazakstan?

Some background info for you

Before all this, they were not doing so well.

The previous audit carried out in 2016 had them scoring pretty poorly on a bunch of areas, most noticeably their Civil Aviation Organisation was lacking and their Accident Investigation skills were poor, both scoring less than 50%. The operational impact of this was safety – a lack of information to operators and crew, and a lack of regulation and oversight.

Their Aerodromes and Radio Aids also fell short, scoring 60%. Which probably meant you would often see Notams advising of unserviceability, and potentially reduced approach or low visibility capabilities at airports, amongst other things.

Now they are 15% higher than the global average.

To improve their audit rankings they have done things like implement:

Tell us what we need to know operationally

The new (and improved) Aviation Administration of  Kazakhstan have implemented legislation which aligns with EASA/EU legislation. Their new regulator is bringing better technical control and is improving safety levels across the country to be more in line with international requirements.

This means big changes to basic aviation law, including 61 new by-laws and a bunch of legal acts. But if you operate into Kazakhstan, don’t stress – this won’t mean huge changes and new laws for you to learn – since they now are aligned with ICAO SARPs and EASA legislation it should be fairly familiar.

In June 2020, UACC/Nursultan Nazarbayev International Airport amended its IATA code from TSE to NQZ – the former code being one harking back to the old Soviet Union days when the capital city was called Tselinograd.

There are 25 certified airports in the country, including 18 international ones (although there are 9 main ones you would probably be interested in.) The point is – other airports may well follow suit and update their names and codes, so double check those IATA codes carefully. 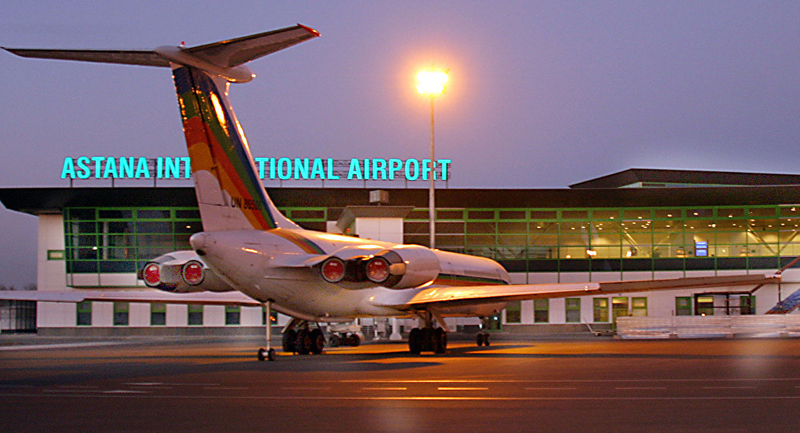 They are implementing GRF

How else is safety improving?

They have done a big review of risks at airports. They’ve listed the problems, the risk scores, their targets and the trend for improvement.

The biggest problems seemed to lie in:

And all these are improving across the major airports. 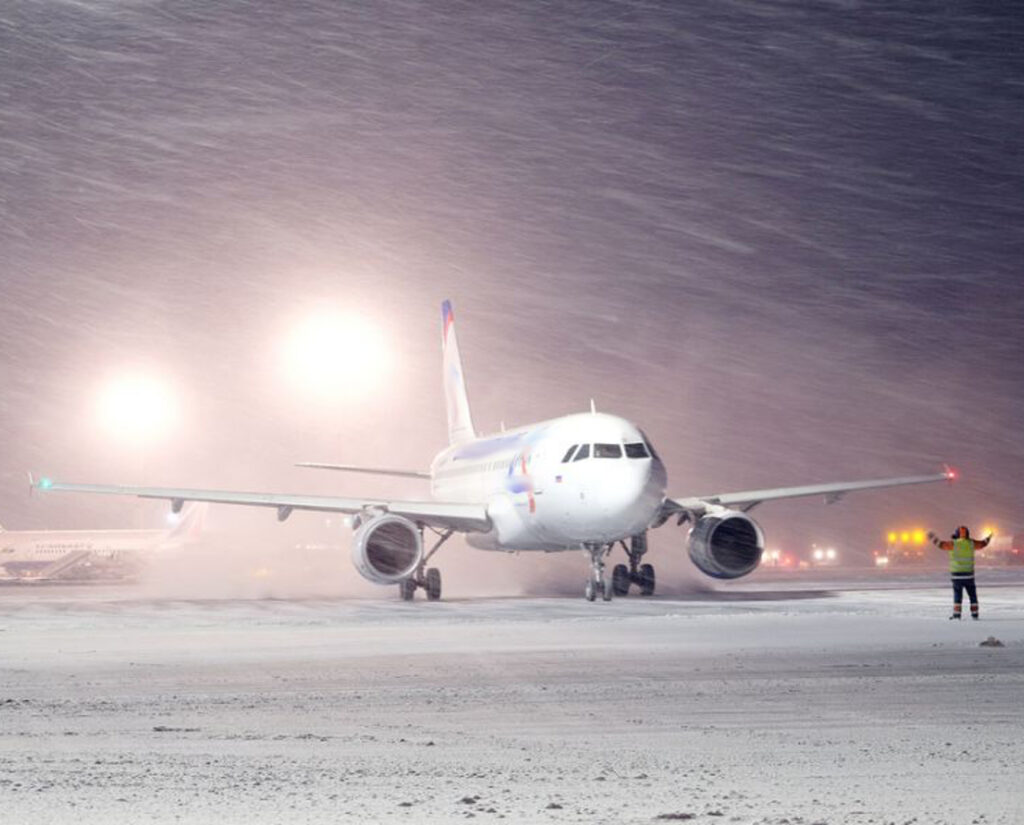 I think I would like to head there now?

Great, well you are going to need an overflight permit or a landing permit, depending on what you want to do. They are easy to get direct from the authority.

Technically, the overflight permit requirement doesn’t apply anymore, but it is easier if you do get one because they want all navigation fees paid in advance or they won’t let you into the FIRs.

Any recommendations on where to go?

The main airports used for Tech Stops (if overflying) are:

Both airports apparently have Jet A1 fuel, although you might find TS-1 at other airports (the Russian “Jet A1′ with a -50°C freezing point).

You also have some decent ones in neighbouring countries: 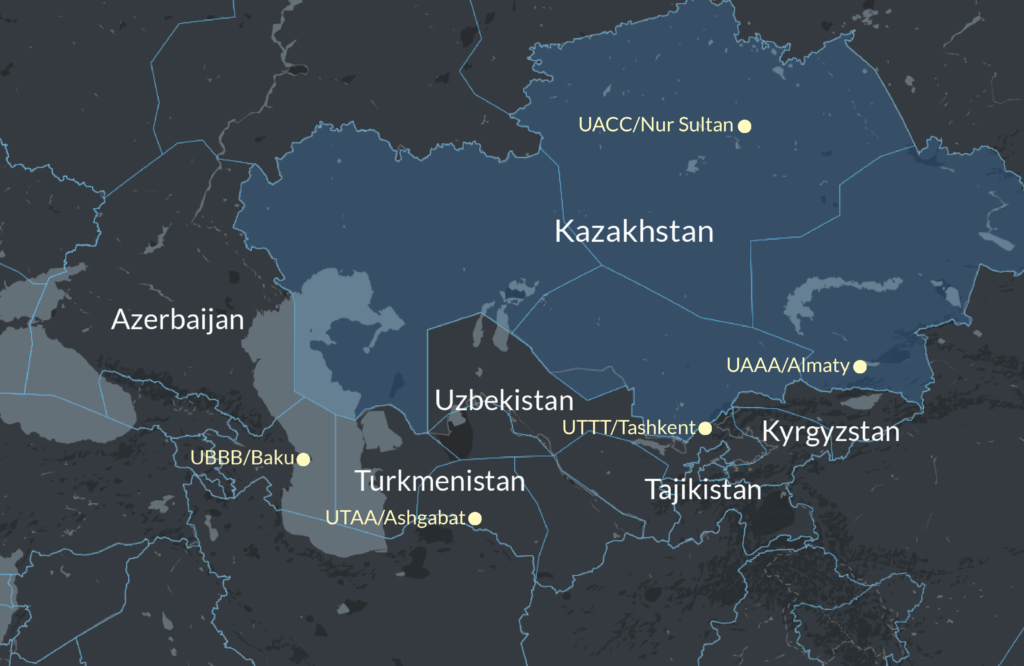 Anything else to know before I go?

The airspace is safe, with no warnings. It does border Russia which has some specific procedures and comm requirements.

It also borders China so for flight planning there are specific waypoints and airways to use, and you will need to change to metric flight levels (metres from feet) as you cross into Chinese airspace.

Kazakhstan uses an (almost) standard Contingency Procedure – 30 degrees off route and offset at 20km (which is 5.4nm).