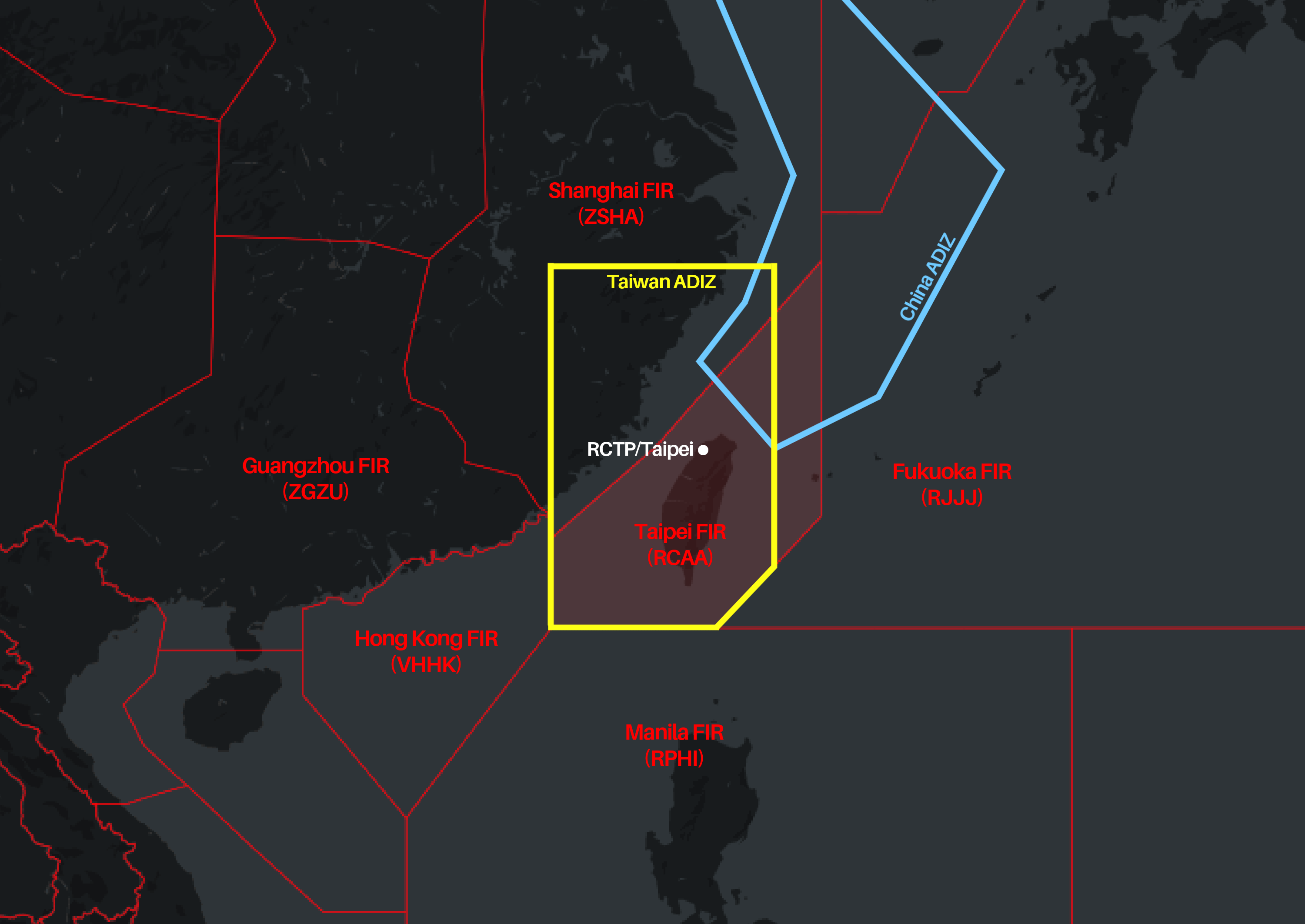 
Relationships between Taiwan and China have become increasingly strained over the last month and officials are starting to question whether this might be impacting aviation safety in the region. Here is a look at the conflict and the potential impact it may have on commercial operations.

Taiwan and China have a long and ongoing dispute over whether Taiwan is Taiwan – an independent country, or Taiwan – a breakaway province that is still part of China. China is officially known as the People’s Republic of China (PRC), while Taiwan refers to themselves as the Republic of China (ROC).

Similar to Hong Kong, Taiwan has retained a high level of independence from mainland China, and effectively governs itself, having its own constitution, democratically-elected leaders, and own armed forces.

Unlike Hong Kong however, Taiwan rejected China’s “one country, two systems” formula which would have enabled them to retain autonomy, while reunifying with China. It remains a disputed country with few countries around the world recognising it as a sovereign nation independent of China.

This is at the root of this conflict, and in recent months China has become more assertive in their control over Taiwan.

Here is a good summary of the political situation.

What are China doing?

China have been “re-asserting” themselves over Taiwan by carrying out repeated incursions into the Taiwanese Air Defense zone. A recent incursion saw 39 military jets fly into the zone, for the second day in a row. The aircraft included 2 Y-8 anti-submarine aircraft, 26 J-16 fighter jets, 10 Su-30 fighters and a KJ-500 early warning and control aircraft.

They are reports of a 52 aircraft incursion which included 16 nuclear-capable H-6 bombers. 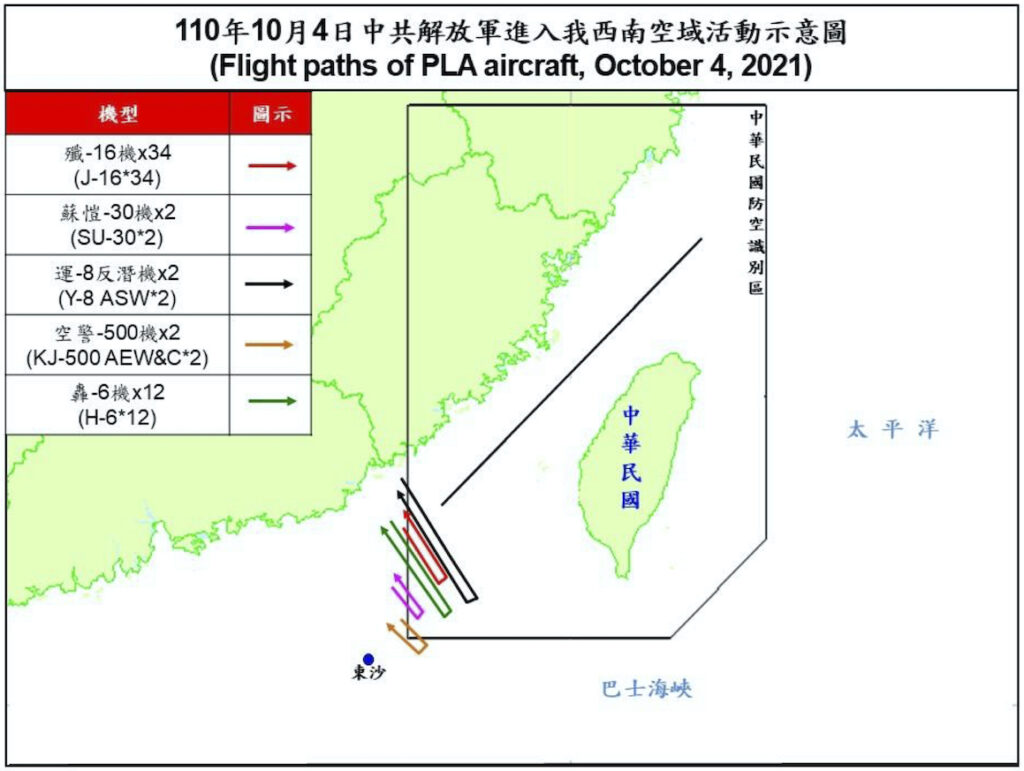 Where is the airspace?

An ADIZ is different to national airspace, and is specifically declared by a state for reasons of military air defence. Some states designate their entire airspace as an ADIZ (Iran being a good example).

Taiwan’s ADIZ sits between Taiwan and continental Asia, over the South China Sea (the Taiwan Strait), shown (approximately) below. The ADIZ itself is disputed as well though since it overlaps and includes disputed territories. 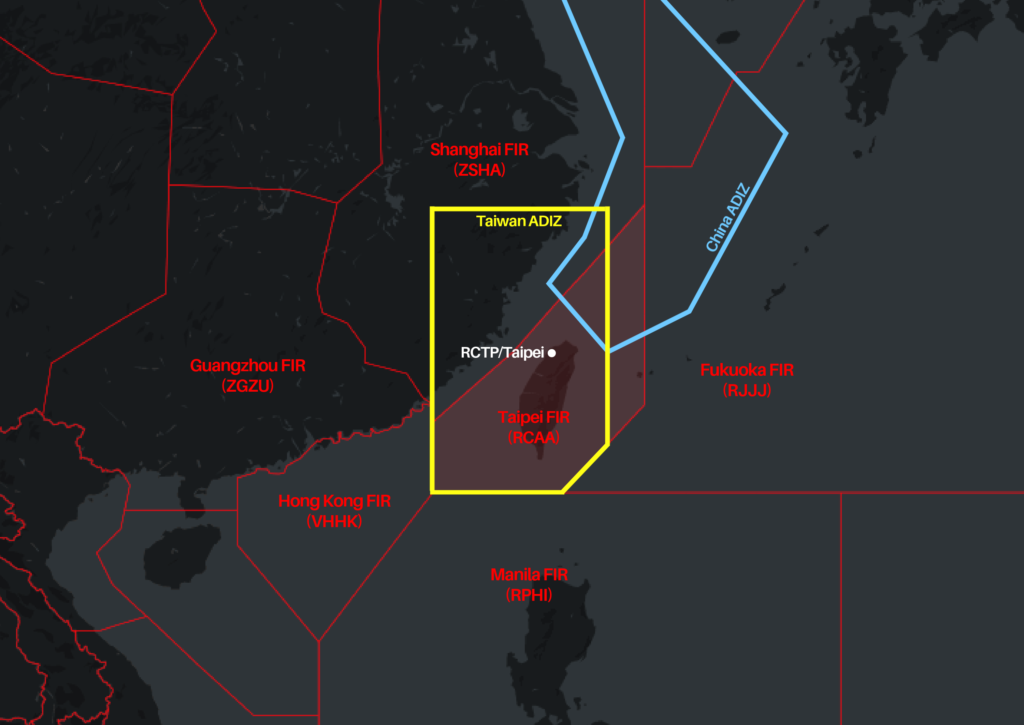 Is there any threat to civil aircraft?

The ADIZ overlaps international civil flight routes. The increase in military traffic and activity in the area is a potential threat.

Taiwan’s response to the repeated incursions has been to scramble their own military aircraft, issue radio warnings and deploy their air defence missile systems. The deployment of air defence systems could raise the risk of misidentification between civil and military aircraft, if Chinese aircraft do stray beyond the ADIZ and into national airspace.

The Vice Defense Minster for Taiwan suggested the incursions “are affecting the safety of international flights,” but the statement was possibly political and as yet there has been no report of civil aircraft being impacted by the situation.

You can read the procedures in full in Taiwan’s AIP ENR 1.12.1, or download a PDF here. But here’s a summary of how it works: 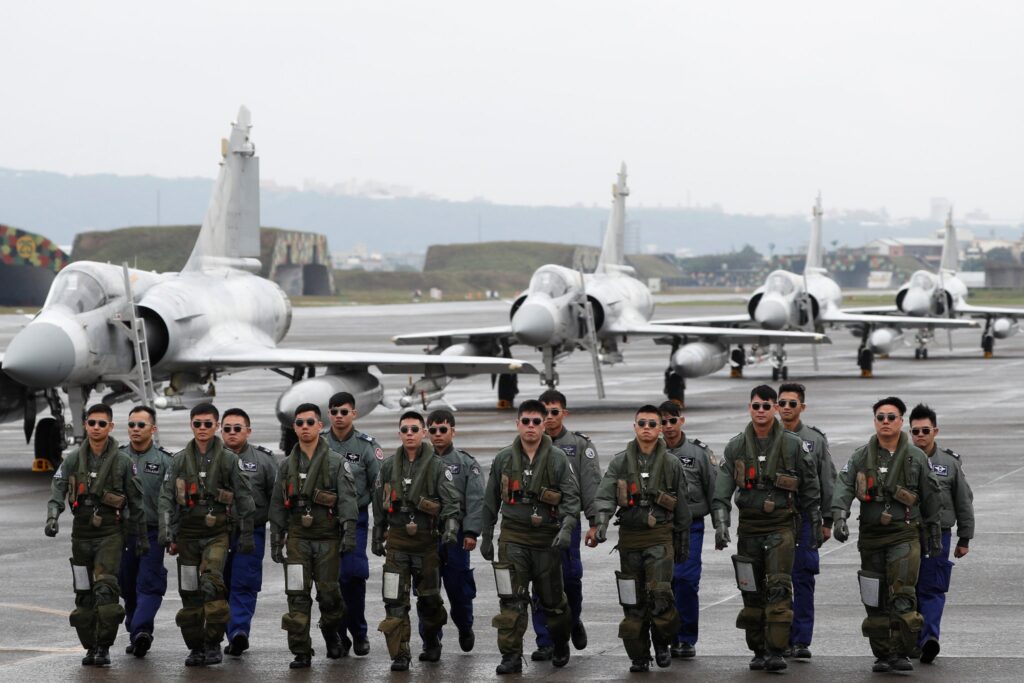 The Taiwanese do have their own Air Force, partly funded by the US.

We wrote about operations to Taiwan back in 2019 and it is worth having a quick read because if you are a foreign registered aircraft because:

You can read more on this here.

Back in 2018, there was also a dispute over China’s M503 airway. The airway is a main north-to-south route for aircraft heading to Hong Kong or Macau from Southeast Asia. Taiwan didn’t like it because it lies so close to the FIR boundary separating Chinese and Taiwanese airspace.

The result of the dispute seemed to be a sort of “tough luck” from China, and aircraft still regularly use the airway. More on this here.

While the ongoing conflict and aggressions do threaten the general peace and stability of the region, there is no immediate threat to commercial operations. Maintain a good listening watch if operating in the area and ensure you are in contact with ATC if operating through the ADIZ.