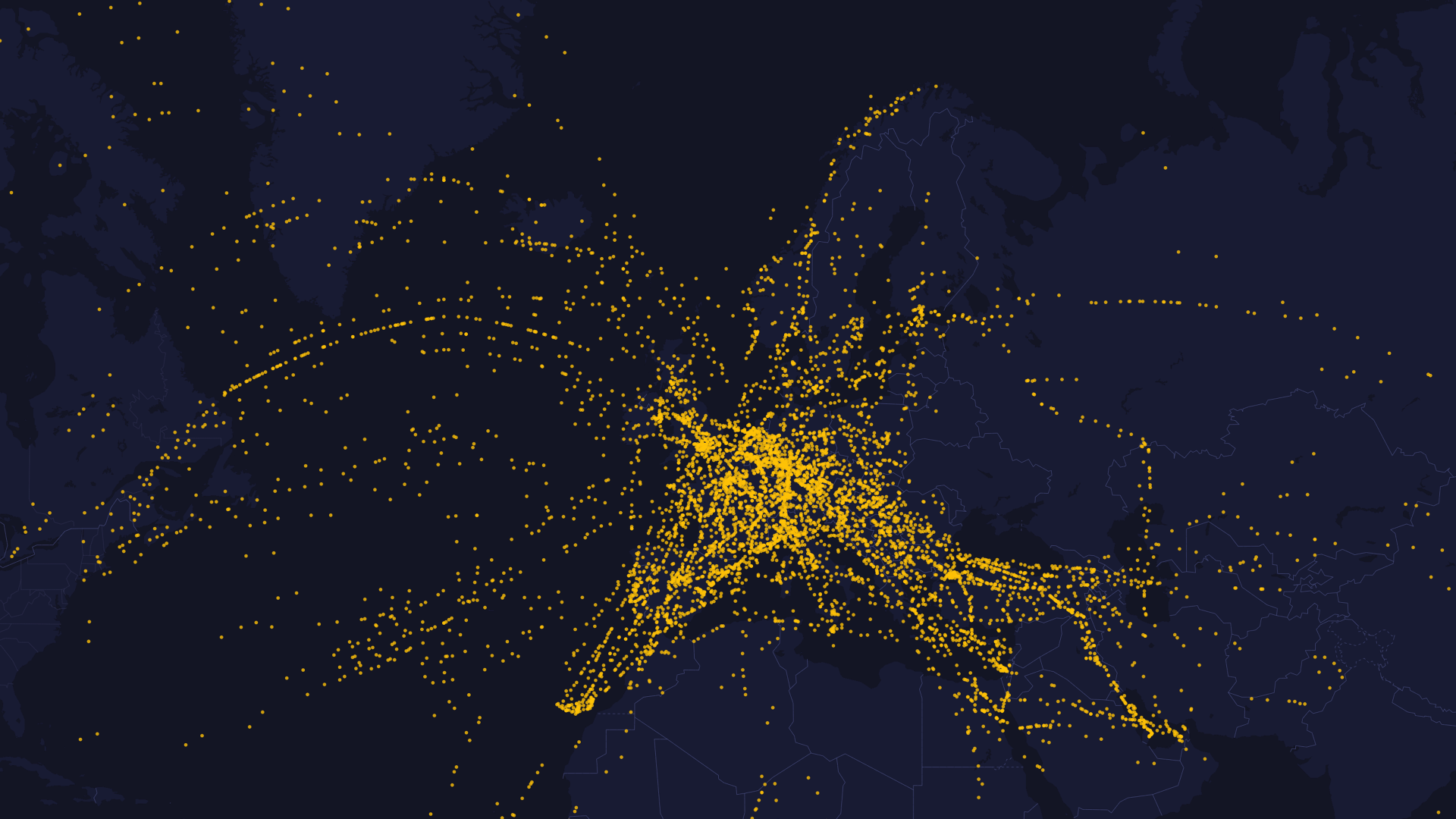 
Since the Ukraine conflict began at the end of Feb, options to overfly Europe have become increasingly complicated – especially for aircraft transiting between Western Europe and the Middle East and Asia. 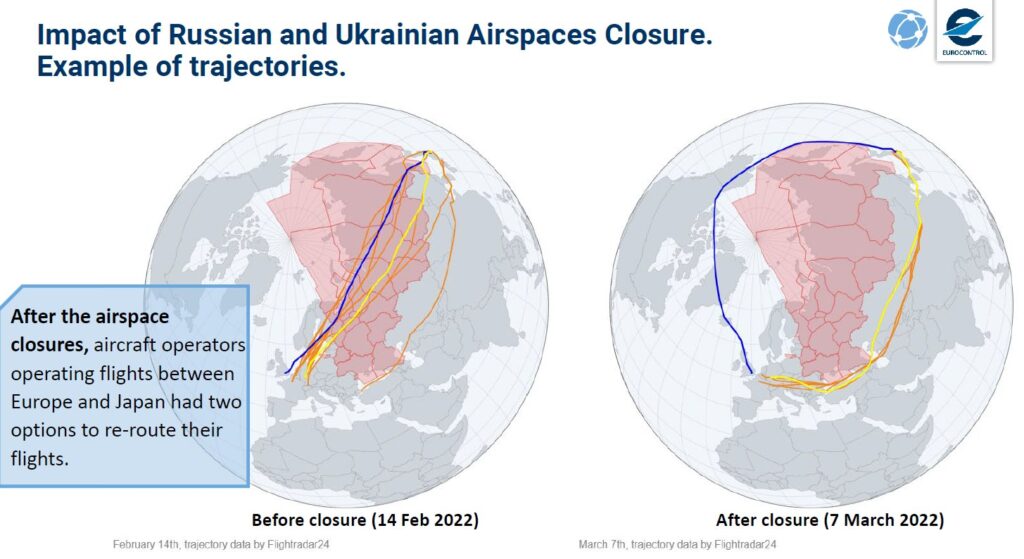 We’ve talked about this a couple of times already. Here’s our article with considerations for operators now looking to route around closed airspace. And here’s a follow-up report on the spillover risks near the conflict zone in Ukraine, including undetected military drone incursions and GPS interference.

But there’s another aspect we haven’t discussed yet – the impact of increased congestion in Europe and the potential for ATC disruption.

With the winter weather fading, and Covid restrictions easing up, we’re seeing a major upturn in traffic throughout Europe. But the ongoing closure of Ukrainian airspace is shifting traffic flows across the region – especially in those FIRs to the southeast of Ukraine where traffic levels have significantly increased: 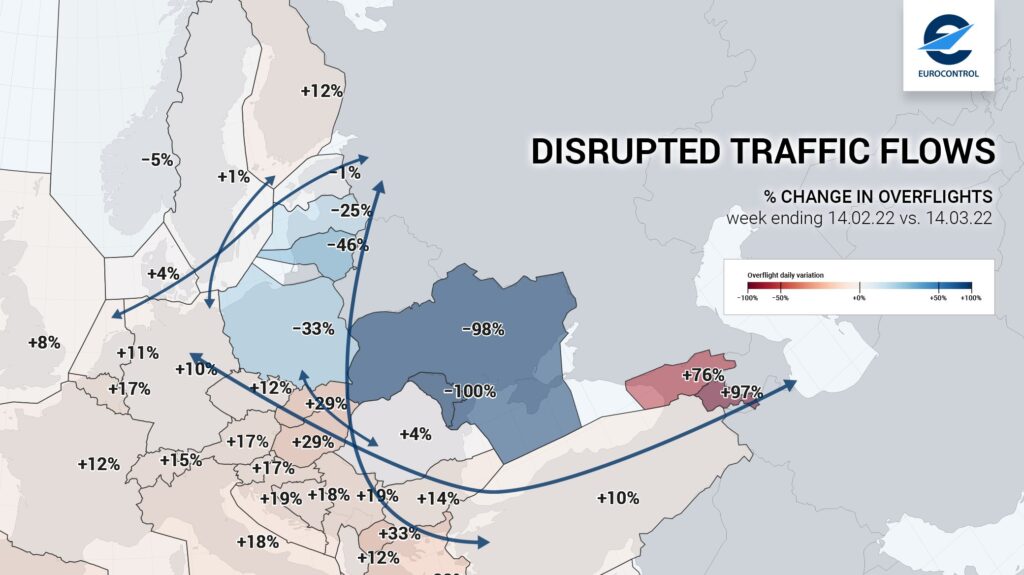 On March 25, Eurocontrol hosted a webinar looking at the impact to European aviation following the airspace closures in Ukraine and surrounding regions. This webinar covered a bunch of topics – the spiralling cost of jet fuel, the increase in flight times between Europe and Asia, and the traffic forecast for the upcoming summer season:

One thing also discussed was the impact of reroutes to Polish airspace – how increased military use is causing more reroutes for civilian traffic, plus increased workload on Polish ATC as a result.

Polish controllers at Warsaw ACC are currently facing a revised contract (pay cuts and changes to working conditions), which has prompted some resignations already.

The Air Traffic Controllers European Unions Coordination (ATCEUC) have reported that if an agreement is not reached soon, hundreds of flights will have to re-routed out of Polish airspace and into neighbouring states – mostly into Germany, which may not be able to handle all the extra flights.

With Germany potentially receiving the lion’s share of traffic affected by ATC staff shortages in Poland, the problem simply becomes capacity. It is already extremely busy airspace. German ATC has reportedly announced that it could only handle no more than two hundred extra flights per day – just a portion of aircraft potentially re-routed from Poland.

Major changes to ATC systems in the LFEE/Reims FIR are being rolled out on April 5.

For the first two weeks, capacity is likely to reduce by at least 50% leading to significant delays and other disruptions. This will be followed by a steady decrease in capacity reductions which will offer additional capacity at the rate of about 10% every four weeks or so, ending in ‘normal’ capacity resumption hopefully by the end of July.

On March 31 at 1230z, Eurocontrol is holding a telcon to brief the impacts of this new ATC system. To dial in, call +44 2030 095710 and use the conference ID 5998424. We’ll hopefully get some more clarity during the telcon, but the current prognosis for the overall reduction in capacity and service doesn’t look good.

With all of these factors taken into account, we are likely to see unprecedented bottlenecks in the coming weeks in European airspace. All eyes are on Eurocontrol to provide operational updates and guidance via their Network Portal, which you can access here – it’s the best place to stay up to date.