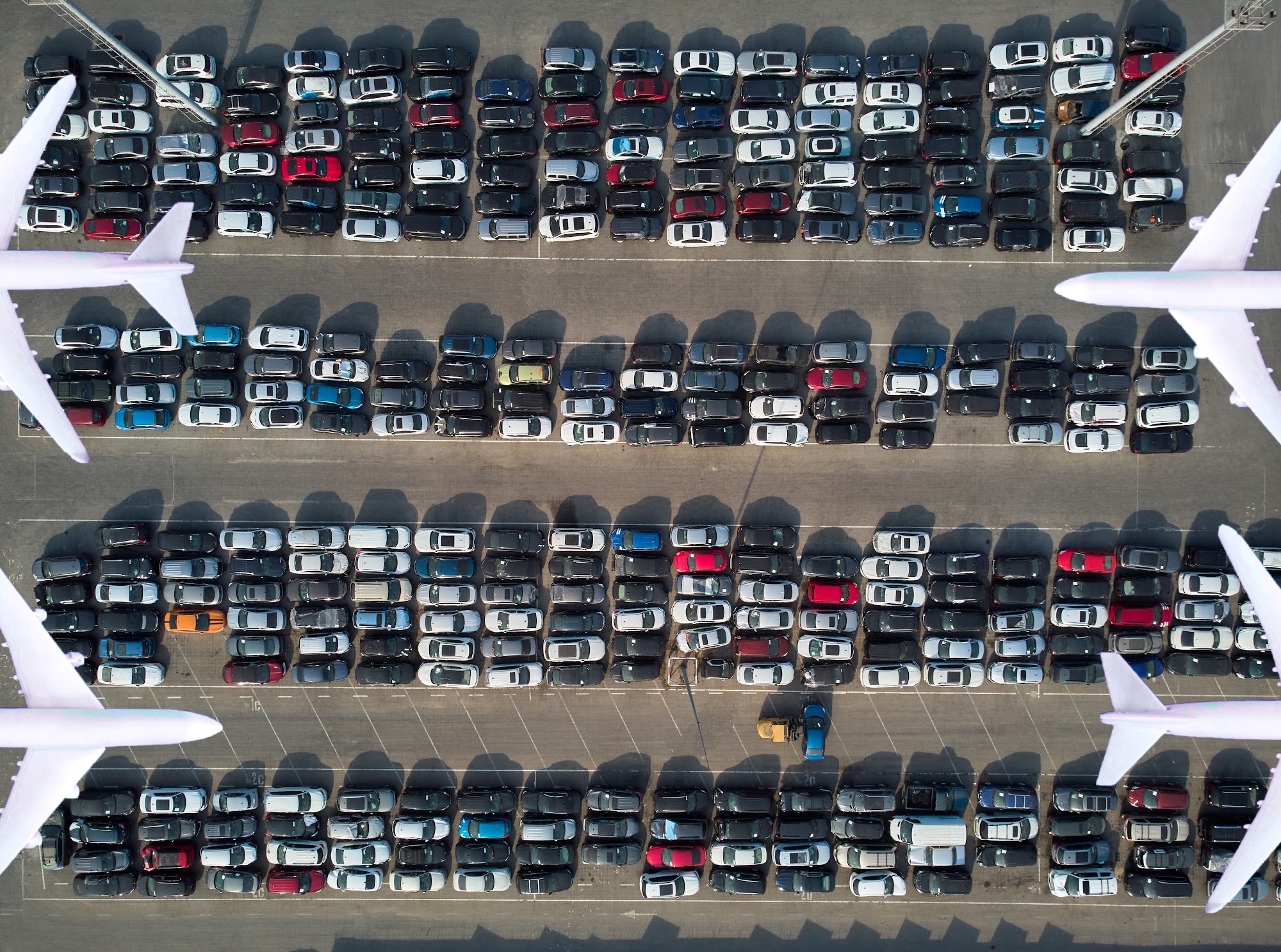 
Europe in the summer is a lovely thing. Sunshine, beaches, ice cream… and then the downside – parking restrictions!

Let’s talk about some of those known airports that always have parking problems – where they are, what your options are and anything else which we can think of that might help.

We mean parking spots for private and corporate biz jets, not the swim trunks of French beaches.

Anyway, the problem is a simple one – everyone wants to go where it is nice, which means a lot of traffic converging on places which have minimal parking. Add on some summer sporting events and a few summits are it gets even tighter.

So here is a list of (some of) the places to think about in advance.

Italy is a hugely popular tourist destination and during peak season many of its smaller airports fill up as fast as an elephant at a breakfast buffet.

In addition, some of the southern airports have been used in the past for overflow parking for the equally busy Greek airports.

You also have the Italian Grand Prix September 9-11 to contend with. This is held at the Monza circuit (south of Lake Como) so your Milan airports, particularly LIMC/Malpensa, are going to see extra traffic around this time.

Italy have quite specific charter permit rules. For non-EU registered aircraft which are applying for the first time, or which haven’t operated in during the last two seasons, then you’re going to want to submit well in advance. It can take 20-45 days for approvals to be issued. 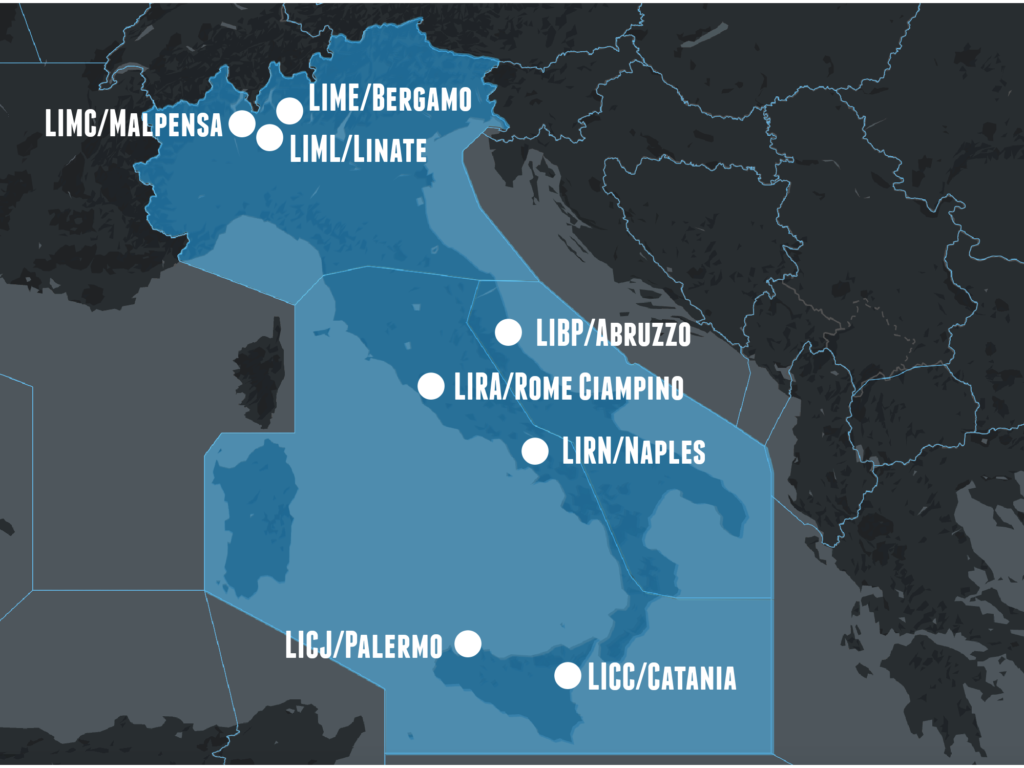 LIRN/Naples generally only allow turnarounds during their peak weeks – overnight parking is hard to come by.

Their traffic is predominantly international scheduled aircraft (64%), domestic scheduled (32%) and then  charter and general aviation/transits making up the last few percent. The totals have risen from just over 6000 total in 2015 to just under 11,000 (10,860) in 2019.

Milan is generally considered a good spot for General Aviation.

LIML/Linate is Milan’s “city” airport with easiest connections into the city, while LIMC/Malpensa is the bigger but further away one (although closer to the lakes).

LIML/Linate has a dedicated GA terminal and ramp and can accept all types of aircraft, but you will need to pre-arrange parking on the local apron. During peak peak (during the Italian F1) remote areas might be utilised, and charters may be restricted to 36 hours on the ground (actually, this is across all of Italy). Hangar space is harder to come by.

LIME/Bergamo is also only about 40 minutes drive from the Monza track so a good one to consider if you’re heading over for the F1.

LICC/Catania and LIRA/Rome Ciampino also might be an issue. Check for parking availability as early as possible.

Members have suggested looking into LIBP/Abruzzo and LICJ/Palermo as reposition and parking options in previous years.

Anywhere and everywhere in Greece seems to have parking problemos.

Slot coordination for Greece is handled through the Hellenic Slot Coordination Authority and, we don’t want to say it, but the first half of the name should tell you what slot getting in peak season can be like here…

Here are their guidelines.

There are 17 coordinated (IATA level 3) airports which you need to get a slot for prior to operating in, and you can organise this with the coordinator at slot@hsca.gr between 0800-1600LT Mon-Fri.

The earliest you can request a slot is 14 days in advance. Oh, but before you do that, you need to organise a PPR with the airport operator. 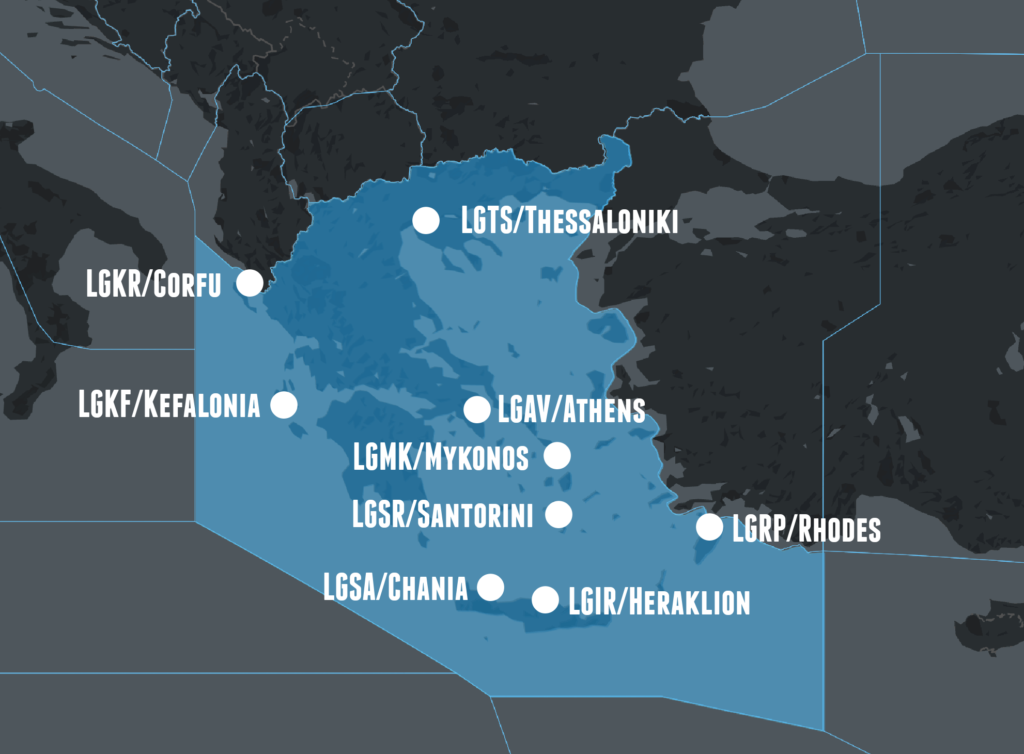 The most popular destinations (from previous years) seem to be:

During peak times most of these will have a 60 minute on the ground restriction (sometimes less!) meaning you can drop and go, but not stay and park. LGRS/Santotini, LGMK/Mykonos and LGZA/Zakynthos have had this in place for the past few years so you can count on it at them.

Your only airport here is LGMK/Mykonos and it is small and it has very limited parking space (3 spaces available). It is also popular which means you are going to have to
a) get a slot to land and
b) probably coordinate parking somewhere else.

The slots are fought over by GA and scheduled ops, and guess who gets priority…

The GA slot requirements came in July 2015. So, you’re going to want to request a slot as early as you can (which is 14 days before because they restrict that for GA).

During peak times you will only get an hour on the ground – this is between June and September (but they have been known to extend it if the sunny weather sticks around).

So, what are the options? Well, fly somewhere else and then organise a helicopter or boat transfer. Or drop your pax off, refuel fast and then go drop the airplane somewhere else until it is needed again.

So, where can you go?

LGAV/Athens is sort of the biggest so, unsurprisingly, is one of the best option for somewhere to go park. However, Athens gets busy too. They have started to issue Notams for the peak season requiring a PPR if you wish to remain there more than 2 hours.

Your next best options are going to be Croatia or Montenegro which are not the same country (in case you hadn’t noticed). So early planning is a good plan.

Ibiza in the summer is a very busy spot.

LEIB/Ibiza is often reported as having parking issues in the summer season, while at LEBL/Barcelona you may find slot restrictions in place.

As an alternate try LEVC/Valencia.

Members reported cancelling trips to smaller airports like LTFE/Bodrum due to lack of overnight parking. The major airports should be able to accommodate but costs will be much higher.

Local FBOs advised there is a 3 hours max applied during busy periods. Watch out though, they may recommend flying to nearby Greek island airports to overnight instead, but you’re going to find them just as busy.

All the above are based off reports from members from previous years, so if we have missed one let us know!

If you have any secret spots which are good for parking please do share (although you might want to keep it a secret if it’s a really good one or everyone will be trying to use it). You can send us an email at news@ops.group.