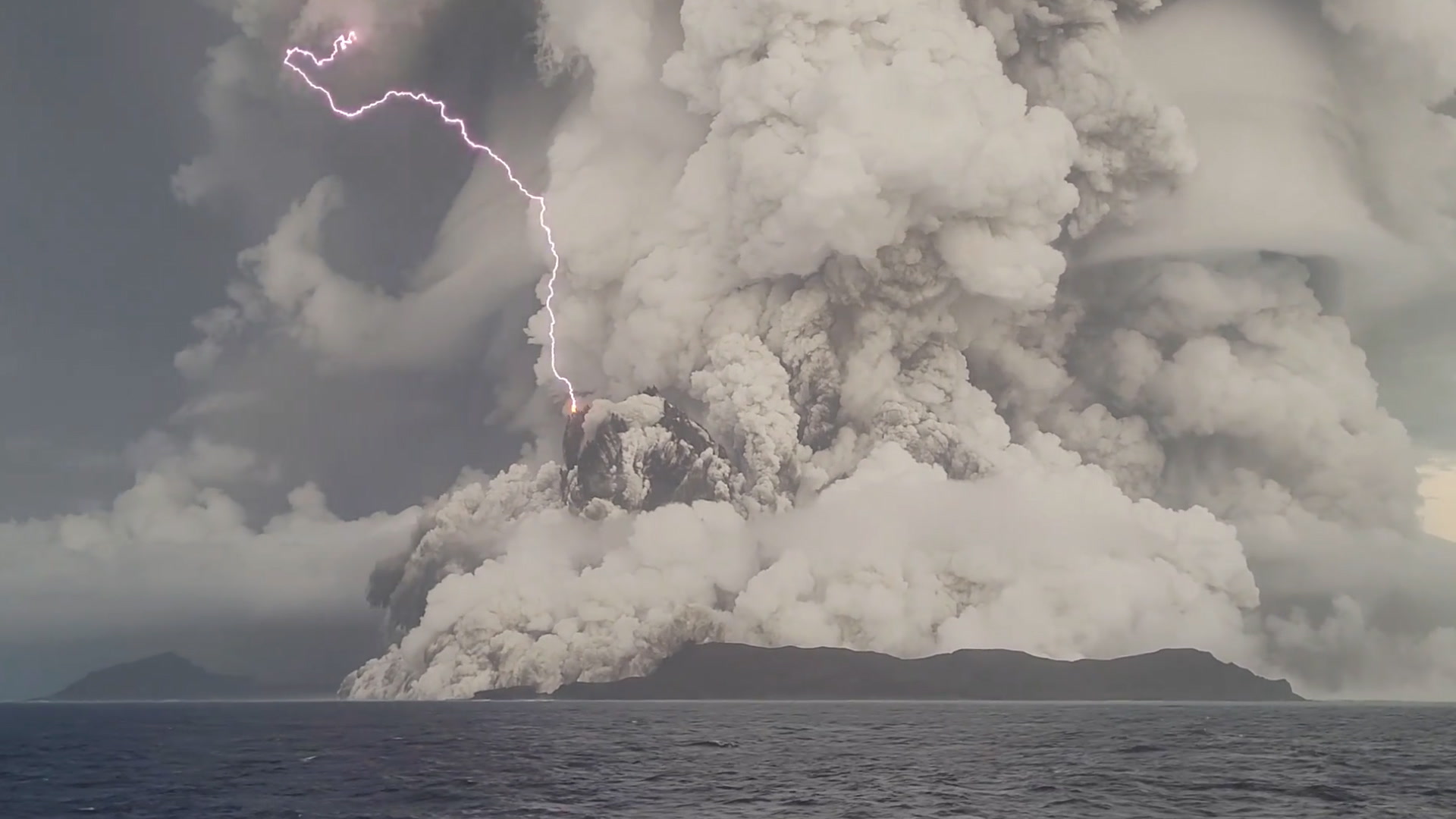 
On January 15, there was a major volcanic eruption in Tonga – an island nation in the South Pacific.

It was perhaps the most explosively violent eruption of the 21st century to date. Since then, the volcano has continued to produce ash as high as FL630 and has potential to continue to cause major flight disruptions throughout the region.

Here’s what you need to know.

The Hunga-Tonga-Hunga-Ha’apai volcano, or just Hunga Volcano for short, is found approximately 30nm north of Tonga’s capital, Nuku’alofa. You won’t find it on maps because it is hidden underwater. It is nestled squarely within the Tonga Trench, and is part of the Pacific’s infamous Ring of Fire – where eruptions and earthquakes come with the territory.

Because it is submerged, the risk to airports in the region is actually two-fold – from ash, and from tsunamis caused by seismic activity under the sea. 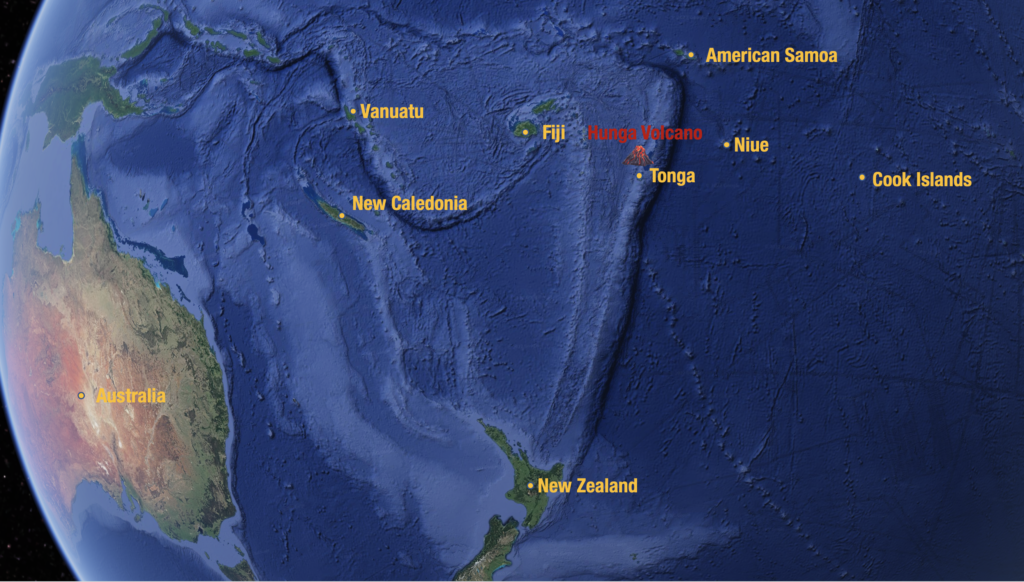 The Hunga Volcano is found underwater, just to the north of Nuku’alofa, Tonga.

What has been happening?

The Hunga Volcano has been stirring for a while. In December there were small eruptions which produced ash and disrupted flights at Tonga’s main airport, NFTF/Fua’amotu. Then on January 15, there was a much more violent eruption.

Hunga produced a large ash plume, 150 nm wide and extending up to FL630 well west of Tonga.  The remnant of this cloud is currently over New Caledonia. The current VAAC forecast is good, with ash emission expected to stop.

NFTF/Fua’amotu is currently closed due to ash on the ground, and is expected to re-open at 0630 local on Jan 21 (1730z on Jan 20) but this may well be extended.  Airports nearby – especially in Fiji, New Caledonia and Vanuatu have so far escaped major disruptions.

Over the weekend, widespread Tsunami warnings caused by Hunga were issued for coastlines as far away as South America, the US and Japan. These have since been lifted, however Tonga itself was badly impacted by waves. It remains in a state of emergency and is still cut off from the world as internet and phone services are reportedly down. Reports of damage are still coming through.

The majority of major airports in the South Pacific Islands are at or near sea-level which leaves them especially vulnerable to this threat. They are also very remote. If Hunga erupts again, widespread closures could happen with little notice. 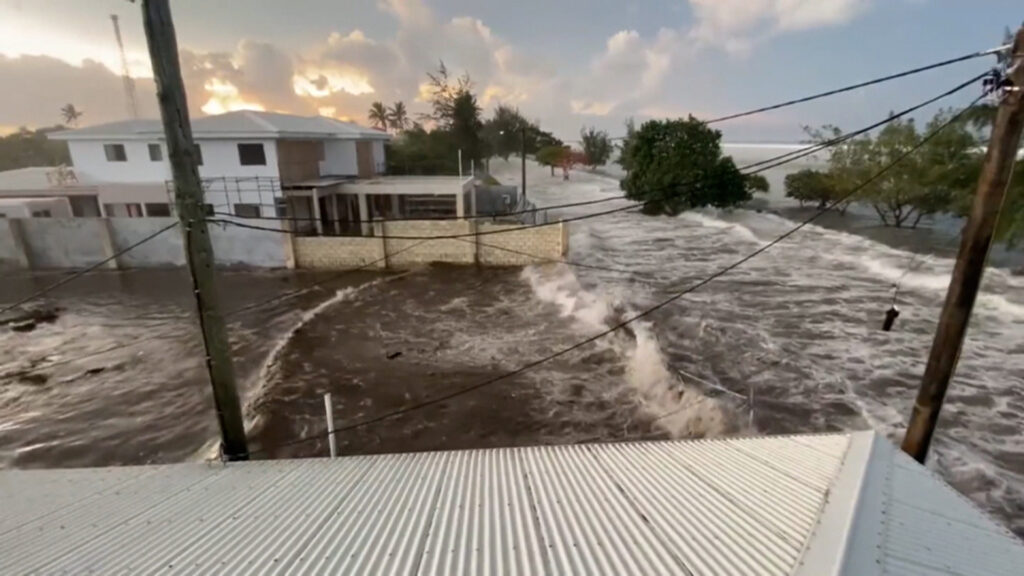 While things have started to subside since the eruption, it’s not clear whether this was a one-off, or if we are in the middle of an ‘eruptive sequence.’ In other words, there may be more to come.

VAAC Wellington handles volcanic alerts for the South Pacific region. You can view new advisories as they are issued, here.