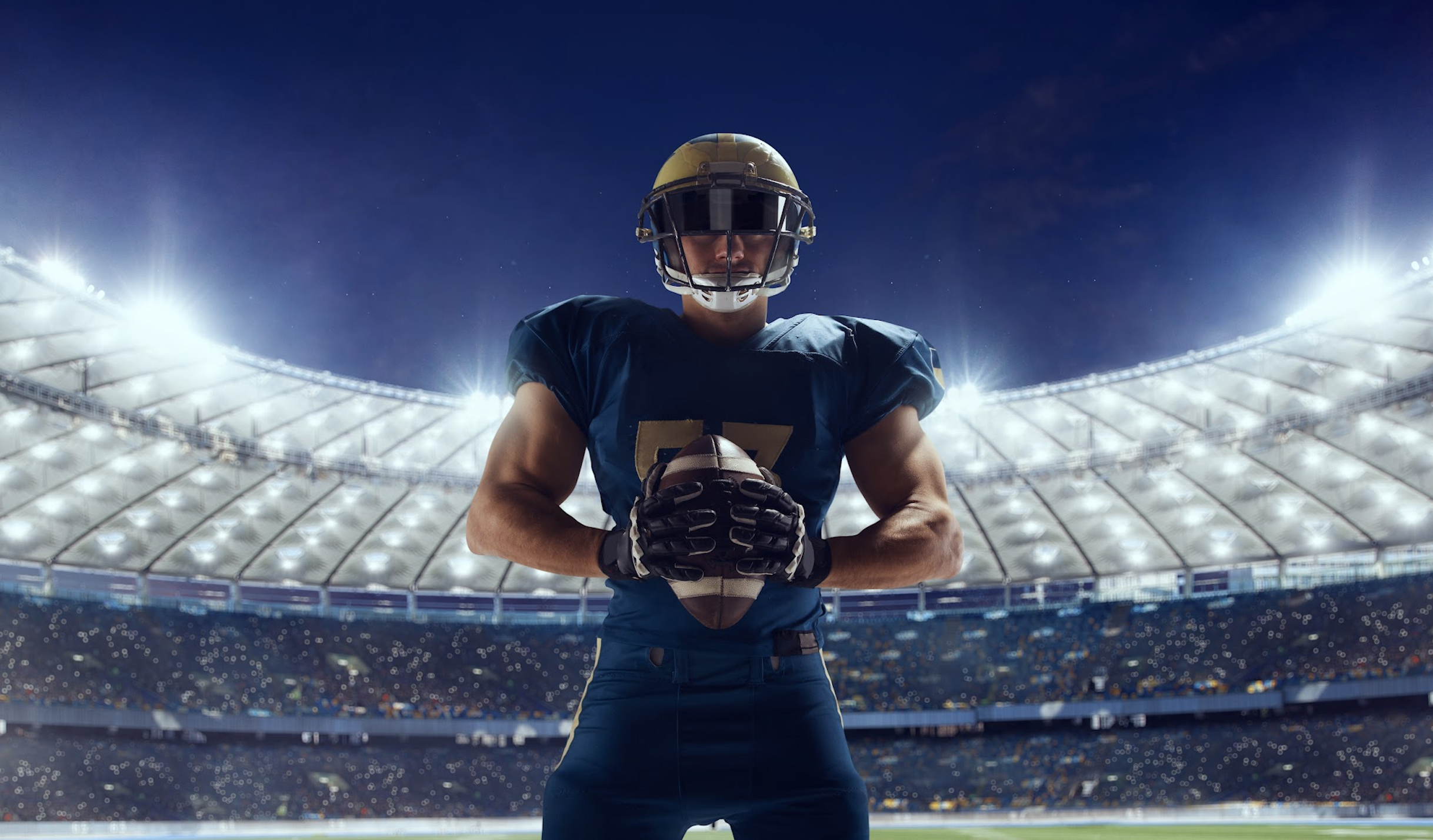 
We are barely into 2022 but there are already a bunch of events showing on the calendar which you might want to have a think about, because some events equal more traffic and more traffic means more restrictions in terms of slots and parking, while other “events” mean stricter security and possible safety measures…

So, from major sporting events to general elections, airshows to other stuff – here is your Major 2022 Events Calendar, with the What, Where, When and Why we think it could impact your international flight ops.

WHY: The majority of events will take place in and around Beijing, but there are a few airports to think about.

Unless you are a scheduled passenger flight, maybe avoid these as there will be significant parking restrictions:

Plan for more restrictions including parking, and higher traffic levels at:

Keep an eye out for Notams advising of restrictions of traffic flow procedures at the major airports. We’ve also written a ‘Top Tips on China Ops’ post with some more info on navigating the Chinese airspace, rules and regulations, which you can read here. 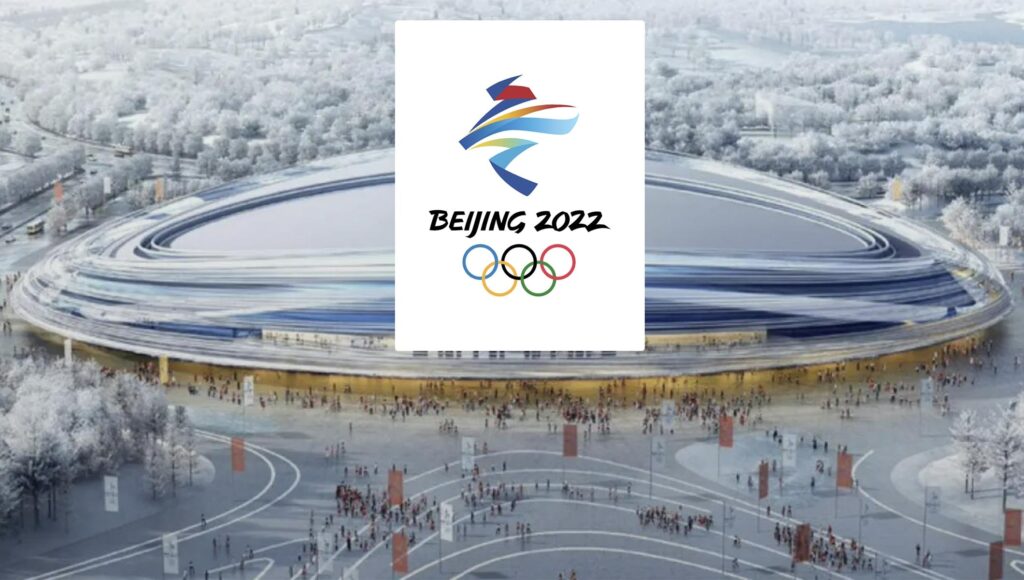 WHY: This is a big event. So big (in terms of the impact on flight ops) that we gave it its own post. In short, a lot of the big airports will be too busy to handle you unless you’ve made reservations. The smaller airports will also likely have traffic flow procedures in place, and you can expect disruptions throughout the surrounding airspace.

WHY: WSSS/Changi airport is going to be busy busy busy with airshow aircraft. In fact, they will be limiting traffic in and out from the 10th Feb. We’ve done a whole post on this for you which you can read here. 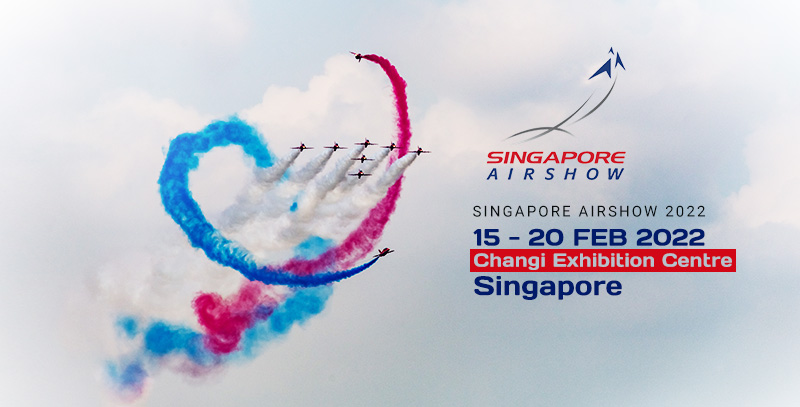 WHY: This is major election, or rather the outcome will have a potentially major impact on the democracy and economy of South Korea, which means protests, heightened security and ground transport disruptions are possible in major cities.

Most importantly, government services may well be unavailable on the day of the election, so plan those permit applications in advance.

WHY: A relatively major political event, but this year marks the 25th anniversary of the Handover to China from British Rule. Hong Kong has seen several years of protests and riots against growing Chinese (mainland) government regulations. Protests, heightened security and ground transport disruptions are likely in major public areas.

Government services may well be unavailable on the day of the election, so plan permit applications in advance. 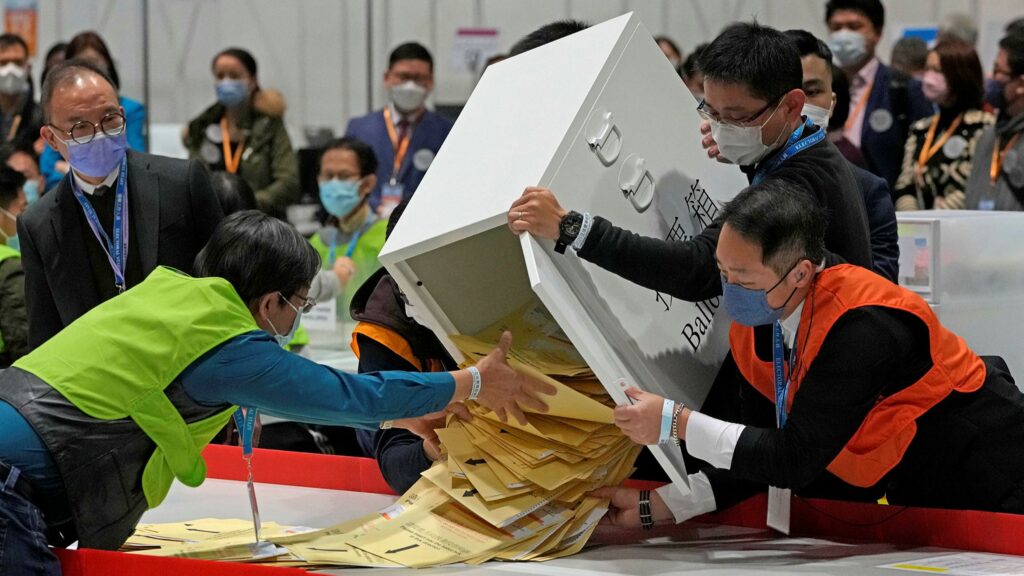 WHY: The French election this year could be quite a big deal because, well, every other time it has been, leading to a lot of protests, some riots and of course strikes. Keep an eye on the situation in France and stay in touch with your handling agent to check services and security if operating in during these dates.

WHAT: The Cannes Film Festival

WHY: It is a big film festival which sees a lot of people from all over the world flying in, and a lot of jets trying to park up. LFMN/Nice Côte d’Azur is the closest “big” airport and parking restrictions will be, well, restrictive, so expect to do drop and goes if operating here during this period. 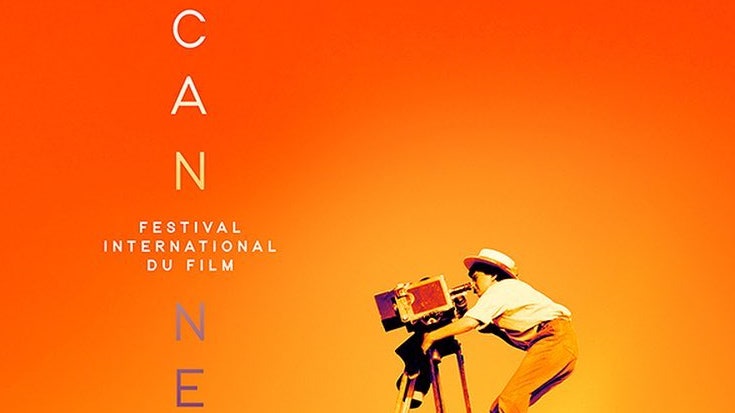 WHY: The F1 moves all round the world, but this is the one that causes aviation ops the most hassle because of limited slots and parking at nearby airports. The most convenient is LFMN/Nice Côte d’Azur and this will take some early planning if you want to use it. Try Aviapartner Executive on +33 4 93 21 37 37 / executive.nce@aviapartner.aero

WHY: A big football event which is likely to bring slot and parking restrictions to ULLI/St Petersburg Pulkovo airport in the days leading up to and after the event. Don’t plan on using nearby ULSS/Rzevka as a backup, it isn’t clear if its actually operational or still being used as a car dealership… 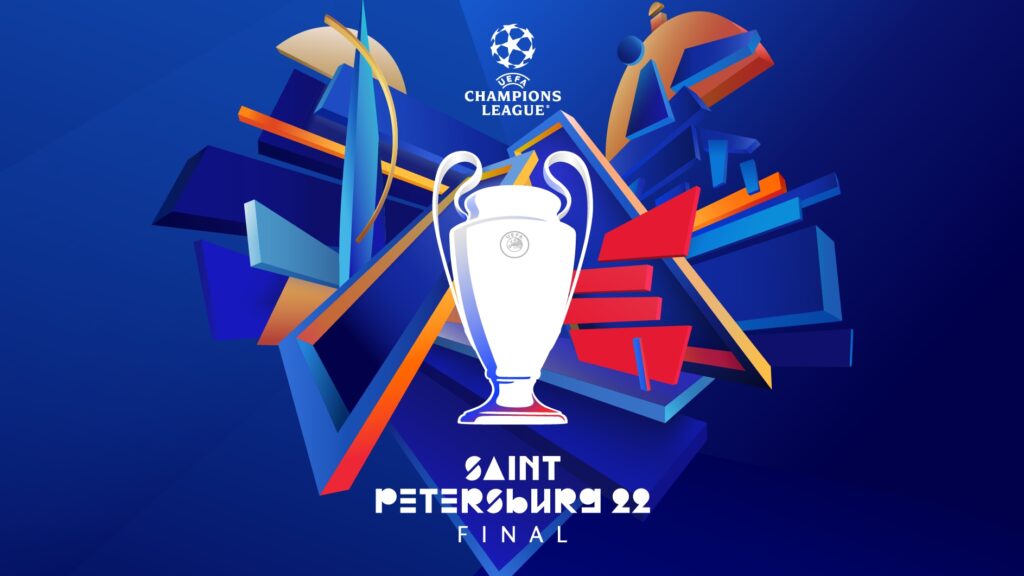 WHY: It is a big sporting event that folk like to attend. Parking and slots at LFPG/Paris Charles De Gaulle might prove hard to come by. LFPO/Paris Orly is the smaller, quieter next door neighbour. You also have LFPB/Le Bourget airport nearby which is the “business aviation” airport and LFOB/Beauvais airport which predominantly serves domestic flights.

LFPB/Le Bourget have confirmed they don’t have slot restrictions during this time and parking shouldn’t be a problem, but get planning early just in case.

There are several FBOs at Le Bourget:

WHAT: US Open (the Golf)

WHY: Mainly added so you don’t confuse it with the tennis. This is a major golfing event that takes place up near Boston. There are a fair few airports in this area serving business aviation and private flights.

WHY: Another big sporting event. The major London airports – EGLL/London Heathrow, EGKK/London Gatwick and EGSS/London Stansted can be hard at the best of times to get a slot into, and this summer they have raised the “use it or lose it” requirement for the scheduled airlines.

So you might do better to look into the smaller airports. If you have the approval/training to land then EGLC/London City is right in the city! EGKB/Biggin Hill is a smaller airport south of London, but is very convenient for the city (and a lot closer than the big international airports).

You also have EGTK/Oxford Kidlington (London Oxford Airport) and EGLF/Farnborough airport which are both convenient for London and cater for predominantly business aviation. 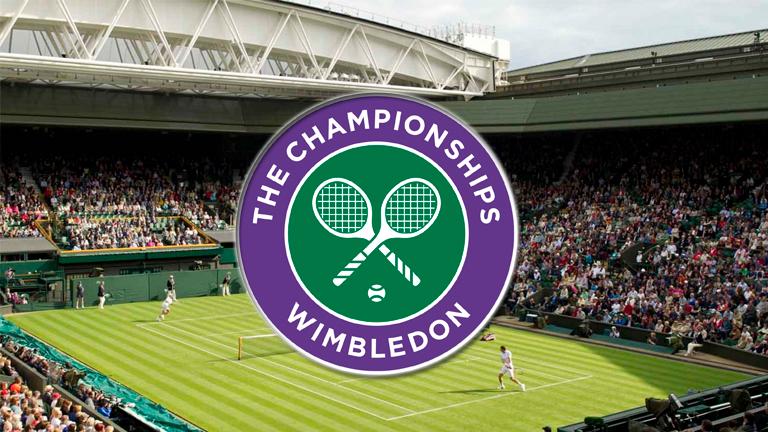 WHY: The next big summer sporting event. EGBB/Birmingham airport is going to see some heavy traffic loads during this period, and there isn’t a huge amount of extra parking available here.

Thankfully, the UK is small and the big cities are well connected. EGTK/Oxford Kidlington is only 1 hour 30 down the road and might a better option if you want to park up for a few days. You can contact the FBO on ops@londonoxfordairport.com / +44 1865 290 600

WHAT: US Open (the Tennis)

WHY: Another big tennis tournament, and one that takes place in New York. You have a bunch of options for airports here, we ain’t going to list them all.

One we will mention though is KHTO/East Hampton because this public airport is going private. It will close temporarily in February, and when it reopens it will have stricter limits on traffic numbers and prior permission will be required.

Later in the year… 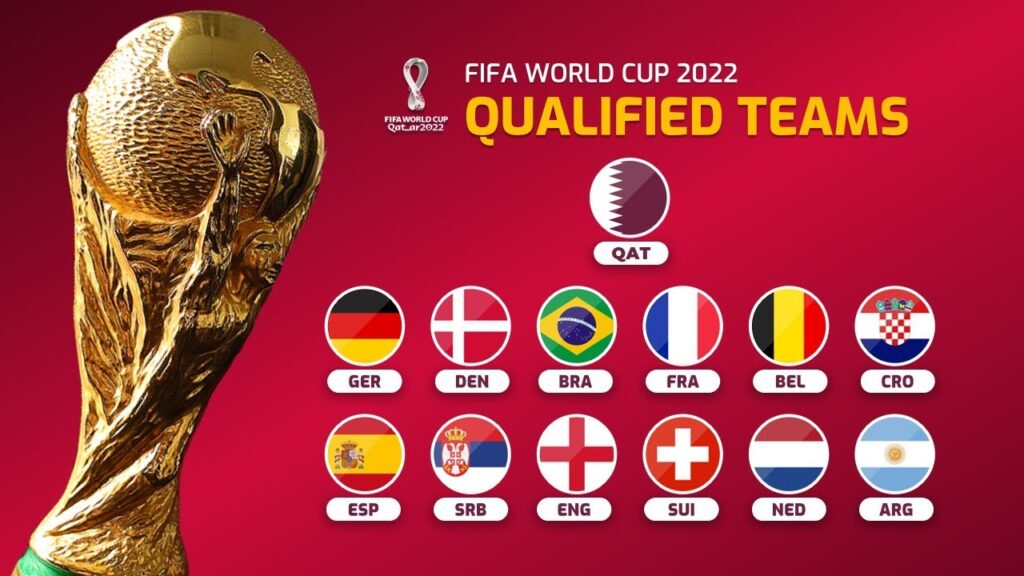 WHY: Big football event being held in a very small country… which luckily has two very large international airports, and is used to catering for private and business aviation.

You can expect some parking and traffic restrictions during this period. Keep an eye on Notams nearer the time.

Qatar has had some political tensions with neighbouring countries. These are now resolved and the blockade on their airspace and traffic ended in 2021. The region is relatively volatile though. If operating in, check out Safeairspace for details on some of the other warnings and risk levels for the region.

Qatar is also planning on changing the airspace structure, which probably won’t take place in 2022, but keep an eye out just in case.

We will update as we continue to hear or spot more events that might affect you. Email us at team@ops.group if you have queries or think of any we haven’t covered.