There’s a boring answer to these questions, and there’s a fun answer.

OPSGROUP members have all the fun – you guys get to play the game. We tested it out and managed to find the ‘cheat mode’, so we left the screen open for you. You can download this (along with all the other Opsicles we’ve made) via your Dashboard here. 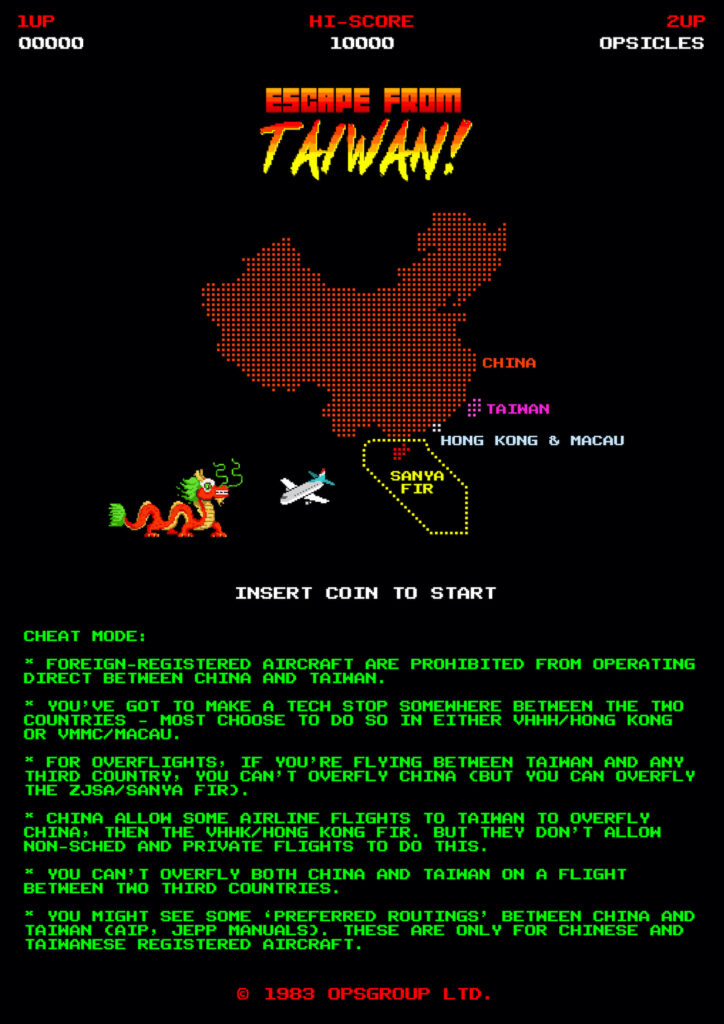 You can’t fly between China and Taiwan in a foreign-registered aircraft.

The Chinese authorities are reluctant to provide any kind of official document stating any of this – we haven’t been able to find any precise wording anywhere in their AIP which states these restrictions.

To test the theory, we applied to the Chinese authorities for a landing permit for a direct flight from Taiwan to China. After we applied, we received an immediate call from CAAC emphasising that they will not deal with such applications for foreign registered aircraft. They advised they will not process this application and verbally rejected it.

The Chinese authorities circulate an official document to Chinese handling agents about this issue, which sets out the rules quite clearly. For some reason, they don’t like these to be distributed outside of China… so naturally, we got our hands on a translated copy:

There’s one more scenario that is apparently also not allowed:

You can’t overfly both China and Taiwan and then land in a third country. For example: you’re departing from RPLL/Manilla in the Philippines, then overflying Taiwan (RCAA FIR), then overflying China (ZSHA FIR), and then landing in a third country like RKSI/Seoul in South Korea – according to the Chinese authorities, this is not allowed, and they won’t issue an overflight permit!