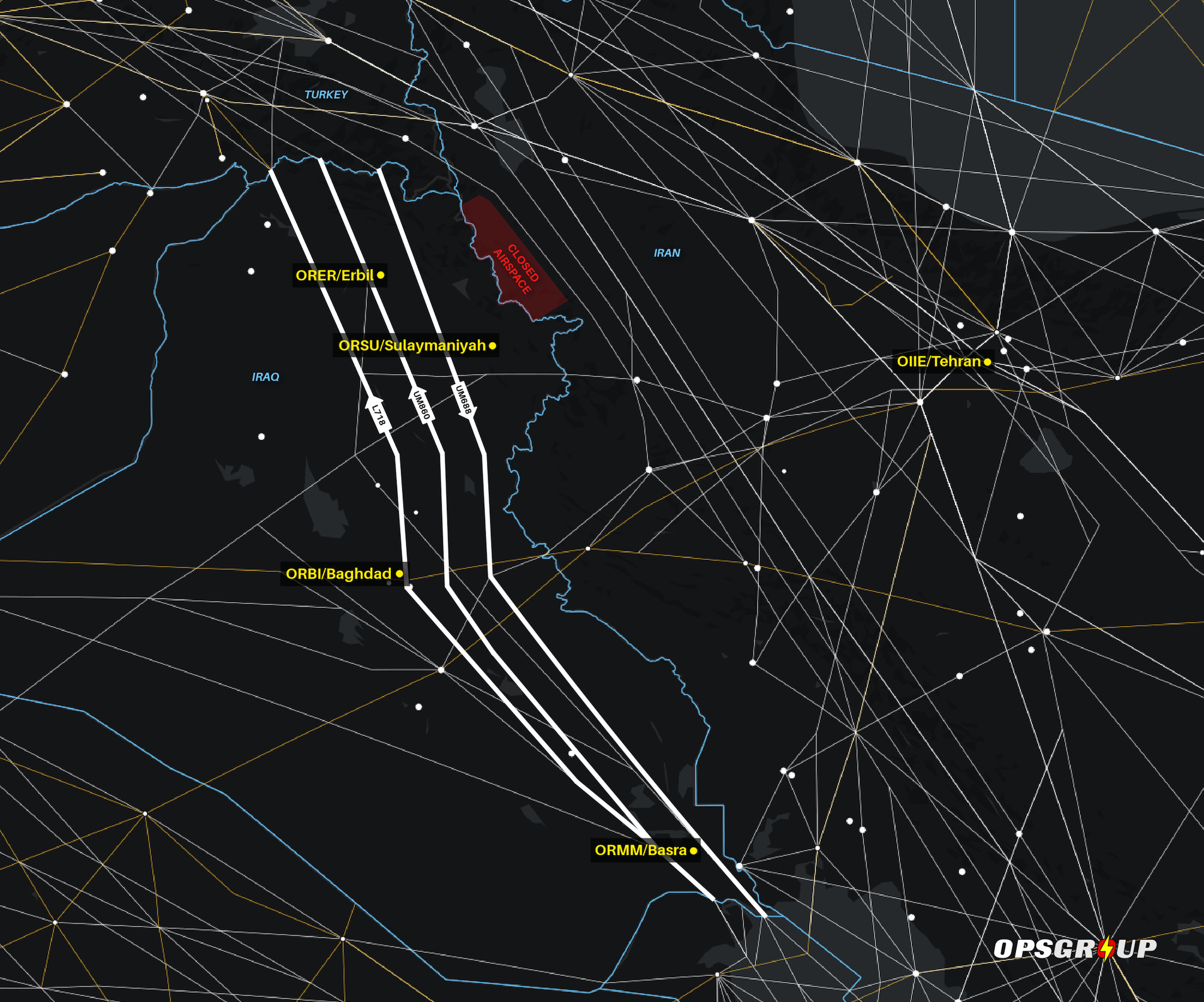 Iran have closed a section of airspace in the north of the country along the border with Iraq, and are potentially using the area to launch missile and drone attacks at targets near ORER/Erbil airport, in close proximity to heavily flown international air routes. 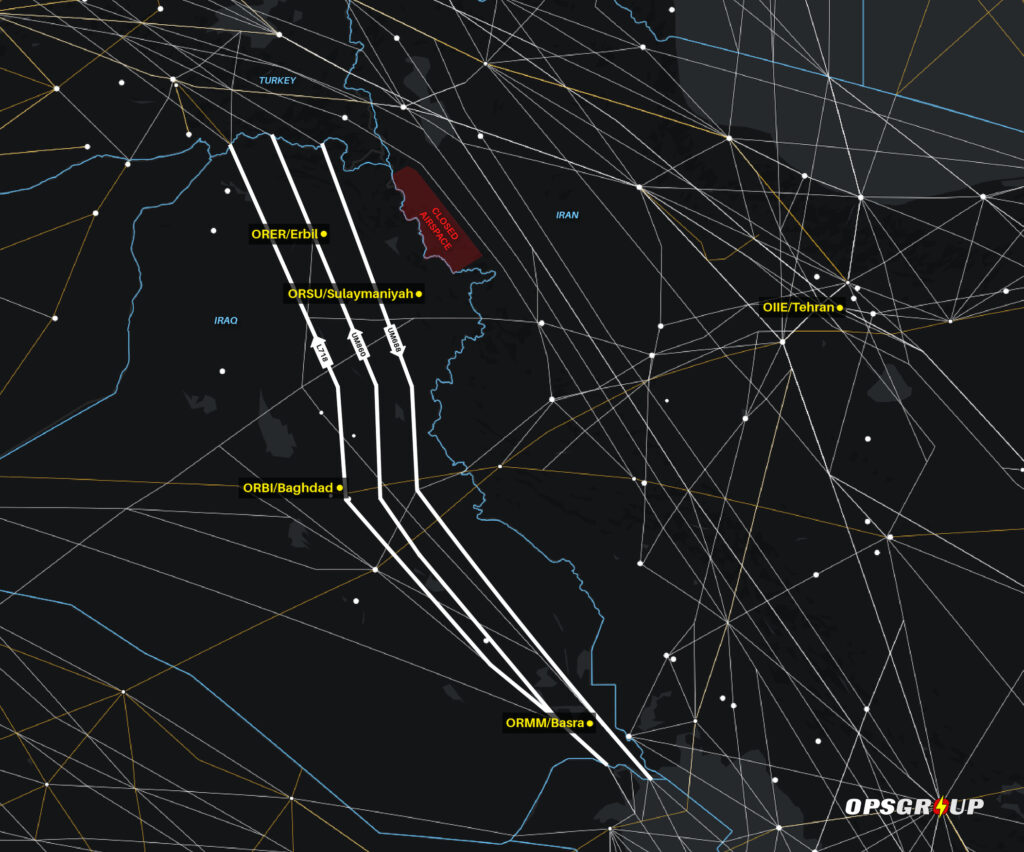 Iran are warning their own operators against flying in Iraqi airspace, and especially at Erbil airport, which came under direct fire from Iranian surface-to-surface ballistic missiles in Feb 2021 and again in March 2022. Iran launched further attacks this week on an area 35 miles east of Erbil, reportedly targeting a Kurdish opposition group in the region – an armed opposition force that is banned in Iran.

Here is the warning issued by Iran:

Several countries warn against overflights of both Iran and Iraq. The US FAA bans N-reg aircraft from the OIIX/Tehran FIR, and says that overflights of the ORBB/Baghdad FIR must be at FL320 or above – and just last week they extended these rules to 2024.

But the Iranian attacks in northern Iraq raise questions and concerns about overflights of Iraq. Airways UM688 (southbound) and UM860 (northbound) through Iraq are popular routes for international flights between Europe and the Middle East. Is it really safe to fly these routes now, even above FL320?

It’s worth digging into the US FAA guidance on Iraq a bit deeper to get a clearer picture of exactly what the risk is here. SFAR 77 has the info, and this is (some of) what it says:

Should I avoid overflying Iraq?

For most Europe-Middle East flights, the route through Saudi-Egypt is a safer option than Iraq.

Even routing through Iran is probably a safer bet at the moment (although we don’t advise that either!). We received a report from an OPSGROUP member this week who routed through Iran:

“I would estimate our flights through Iran vs Iraq are taking (approximately) 10-15 mins longer, but at significantly less risk. We only consider airports that are served by either Emirates or FlyDubai as suitable for diversion, but only as a last resort, such as OIIE, OISS and OIFM. The company we use for support and handling if such diversions are required is Hadid. They are excellent for sorting any problems/permits in the Middle East.”

Here’s the Iraq risk, as we see it:

Just click here. Safeairspace.net is our conflict zone and risk database run by OPSGROUP. We continually assess the risk to operators the world over. It presents that information in a way that will always be simple, clear, and free. You can also add your email to our new fortnightly airspace risk briefing that contains only what you need to know, delivered every second Monday.