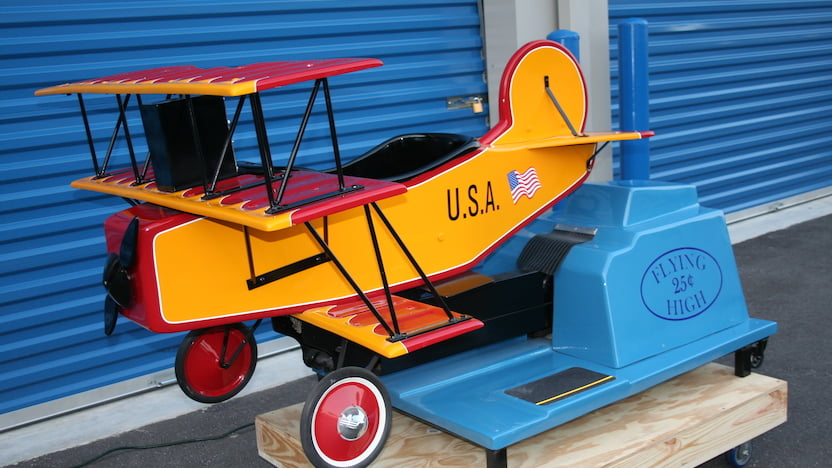 Simthing to Think About

Simthing to Think About


What are you practicing with your crew in the sim nowadays? An engine failure on take-off? A few technical malfunctions? An assessment of their competencies and then send them on their way for another year?

Well, we thought we might suggest a slightly different sim scenario for you to think about…

What else should you be throwing at your crew?

There have been a bunch of recommendations out from the authorities suggesting crew swot up on their Unreliable Speed procedures because the number of these occurring have increased a lot recently. Something to do with aircraft coming out of long term storage with bugs nesting in their probes…

However, an ‘Oracle of the NAT’ recently pointed out to us that many crew have not been doing anywhere near as many NAT routings, which means their NAT procedures probably need as much attention as their airplane’s pitot ports do.

What are we talking?

Incorrectly flown contingency procedures (not to do with weather) were one of the top reasons for lateral deviation events in the NAT in 2020. Now it was admittedly only 6% but that is still one of the Top Ten mess ups, and a mess up easily prevented with practice.

There were also a few incorrectly flown weather deviations. These procedures are not hard to do, but they do need thinking about once in while (preferably before you’re actually up there needing to know them) which is why the sim suggestion was presumably made. 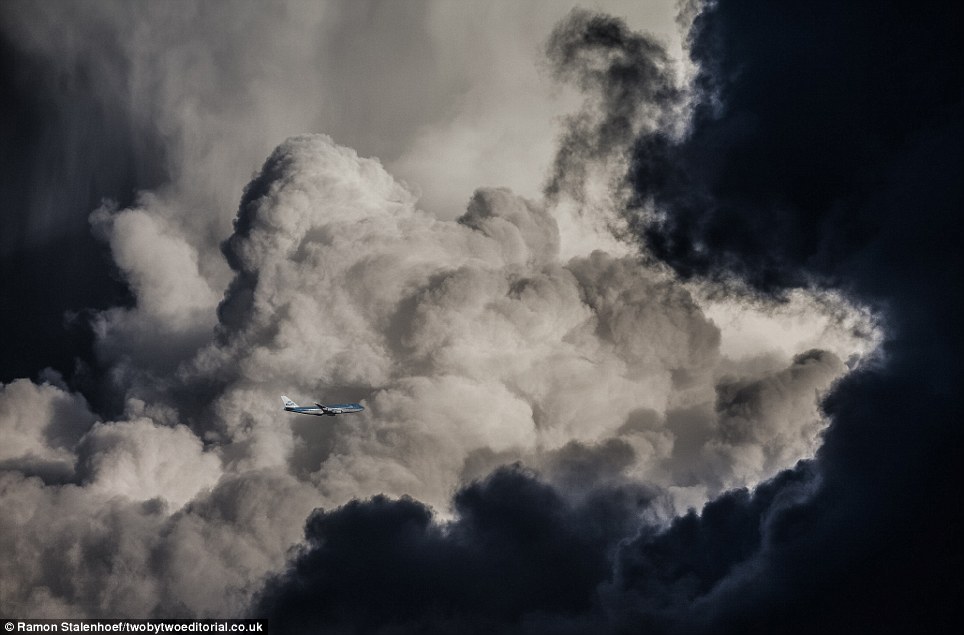 Left, right, up, down. Quick, whaddya do? (Credit: Ramon Stalenhoef)

Now, you could just email everyone a reminder of how to do it. A bit of text and a diagram. But a handier way to recap (and in a way that properly puts the info into their heads) would be to really put crew up there, throw some “fun” failures at them, and let them practice “for real” in the sim.

So, what’s the recommendation?

Well, we ain’t no trainers, but between us we have seen a few sims ourselves in our time. So here is what we suggest you might want to throw into a sim session if you think your crew could do with a refresher… 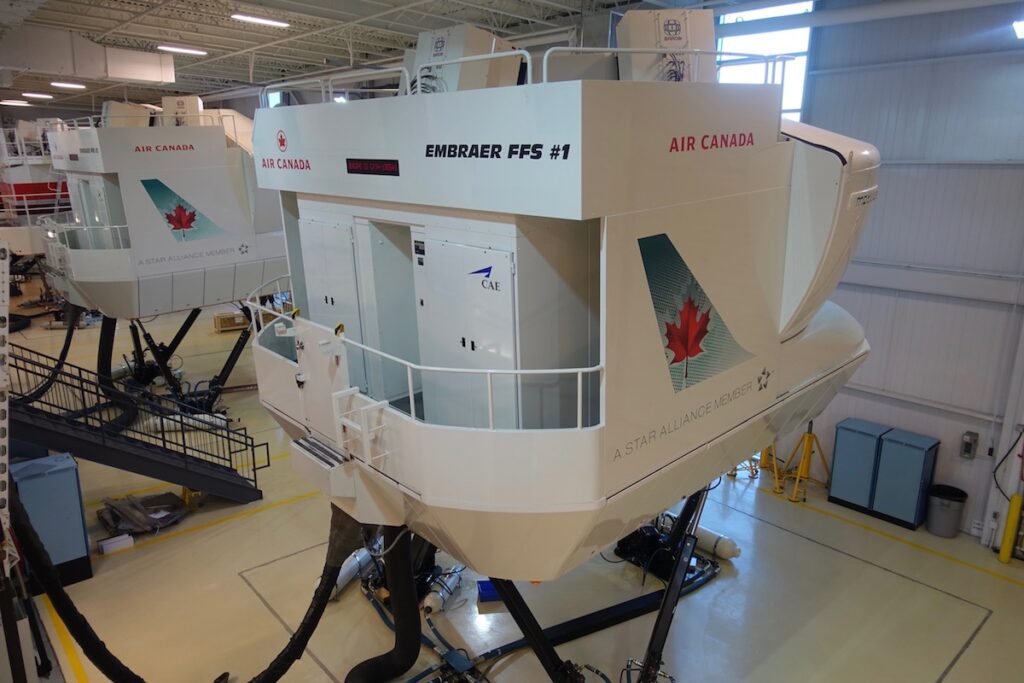 FFS for Full Flight Sim. Not for what all pilots think when they see ‘SIM Check’ on the roster.

The Opsgroup Ops on the NAT Sim Scenario Storyline Suggestion.

Let’s set the scene. It is the middle of the night, the flight is somewhere over the North Atlantic, dark, lonely and quiet, when…

This throws in a nice bit of startle factor (which is also something pilots need practice in dealing with.)

Now those contingencies will be put to the test – how much to turn, how much to offset, what else do they need to do and say?

There is also that good old Situational Awareness thing to look at as well.

Do they, for example, identify where other traffic is, think about the NAT tracks and their proximity to the next parallel one, and think about whether they were SLOPing already or not?

A big thing to consider with NAT flights is just how remote and far from land you often are. So Big Picture proactive planning is a good habit to get into.

This means setting up for emergency diversions before you find yourself suddenly having to do one. An awareness of where the closest and most suitable spot for a landing is in advance might really save the day. Or at least a few panicked minutes of trying to work it out.

This is important anywhere, but particularly so when flying in the NAT because something like a rapid decompression is going to have you zooming down to FL95.

Fuel can become a big problemo quickly, but so can separation to other traffic if you start diving down and crossing tracks. 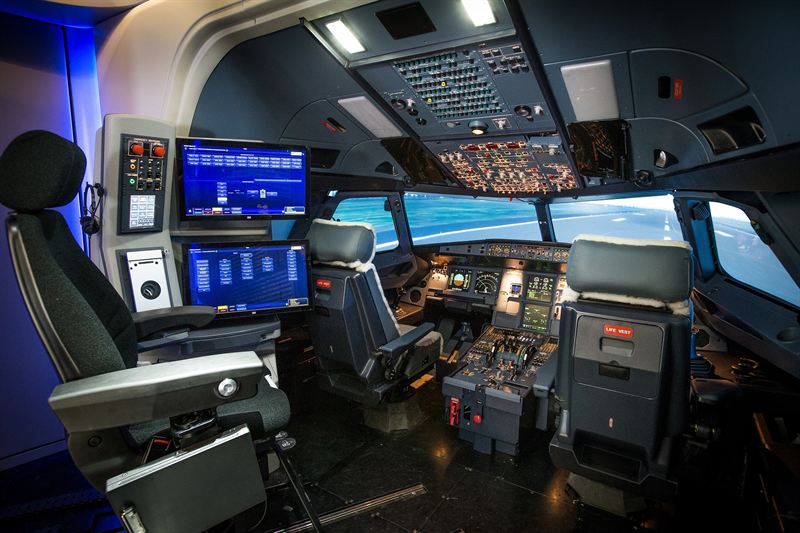 Where we would do it.

We would be mean trainers. The ones that people always call sick for. Power-crazed with the fun of coming up with mean scenarios to inflict on our poor pilots!

We would definitely make sure it was remote, with a massive headwind making the “nearest” in distance the furthest in time. We would probably throw in some bad weather at one to see if the crew fly themselves into a corner, and maybe an HF blackout or ATC Zero just to make those radio procedures a bit more fun.

Then we would sit back and enjoy watching it unfold while rubbing our hands together gleefully.

If you are then you could always share the following with your crew before the sim session:

The real point of this is that recent surveys of pilots returning to work (after prolonged periods) have shown that it isn’t the hand flying that gets rusty (well, it does, but comes back pretty fast).

It is the Procedures and the Workload Management which really suffer.

Unusual or unused (or not regularly used) contingencies and SOPs will need refreshing. The NAT is a prime spot where additional threats and challenges make it all the more important to not be rusty when you route through.

So sims to get your pilots’ flying skills up to scratch are critical. Practicing those engine-out procedures, crosswind landing techniques and general “How do I make actually it move?” hand-flying sessions will definitely help with confidence levels.

But opportunities to (re) consolidate those procedures, particularly those ones in challenging airspace like the NAT which are likely to be required on a standard flight could make a very big difference to safety in a practical way.