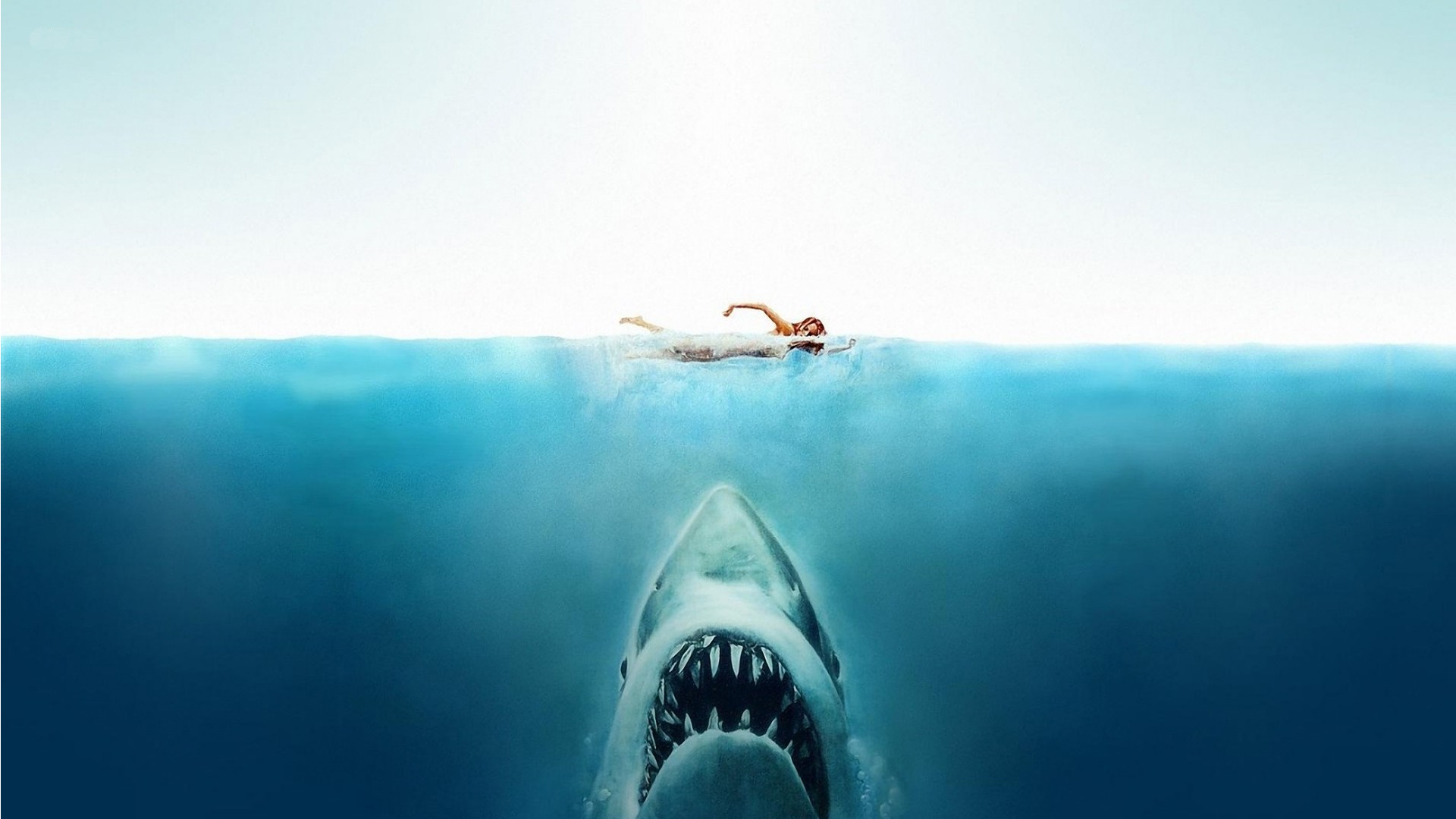 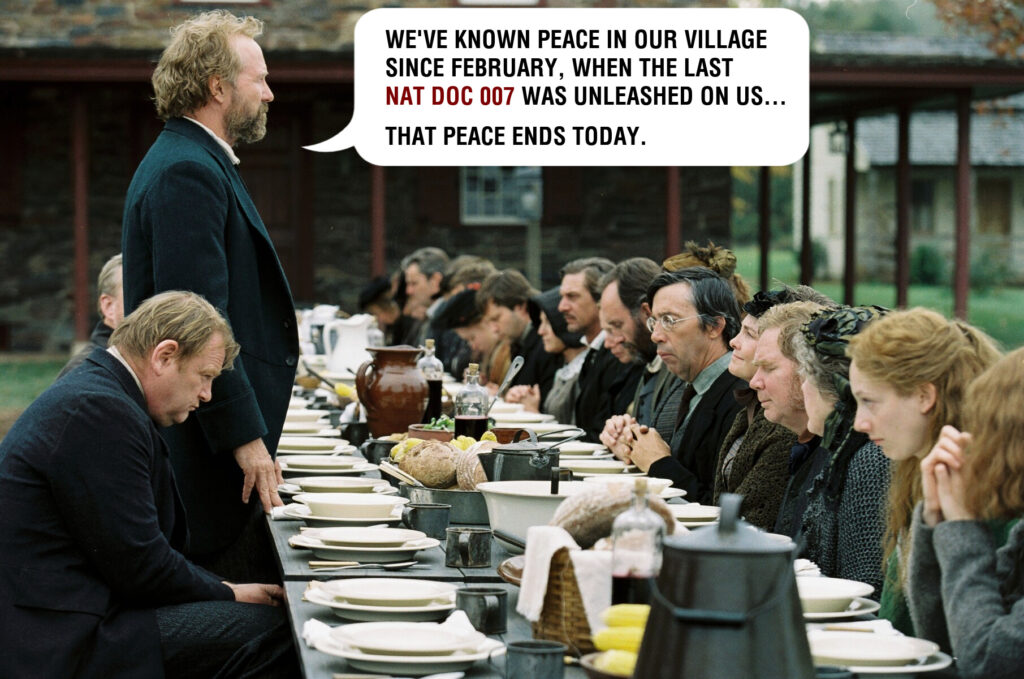 Yep. Barely five months since the last version of the NAT Doc 007 was published, we now have a new one.

To see the new NAT Doc 007 in its entirety, click here.

To see the old NAT Doc 007, and painstakingly cross-check all the changes compared to the new version (i.e. what we did so we could write this post), click here.

Here’s the lowdown of what’s changed…

No changes to the rules here. The old NAT Ops Bulletin 2017_001 which contained all the info about the Datalink Mandate has been discontinued, and the essential info incorporated into the NAT Doc 007.

Which brings us neatly on to…

So, there is an updated chart showing the areas of ATS Surveillance Airspace in the NAT: 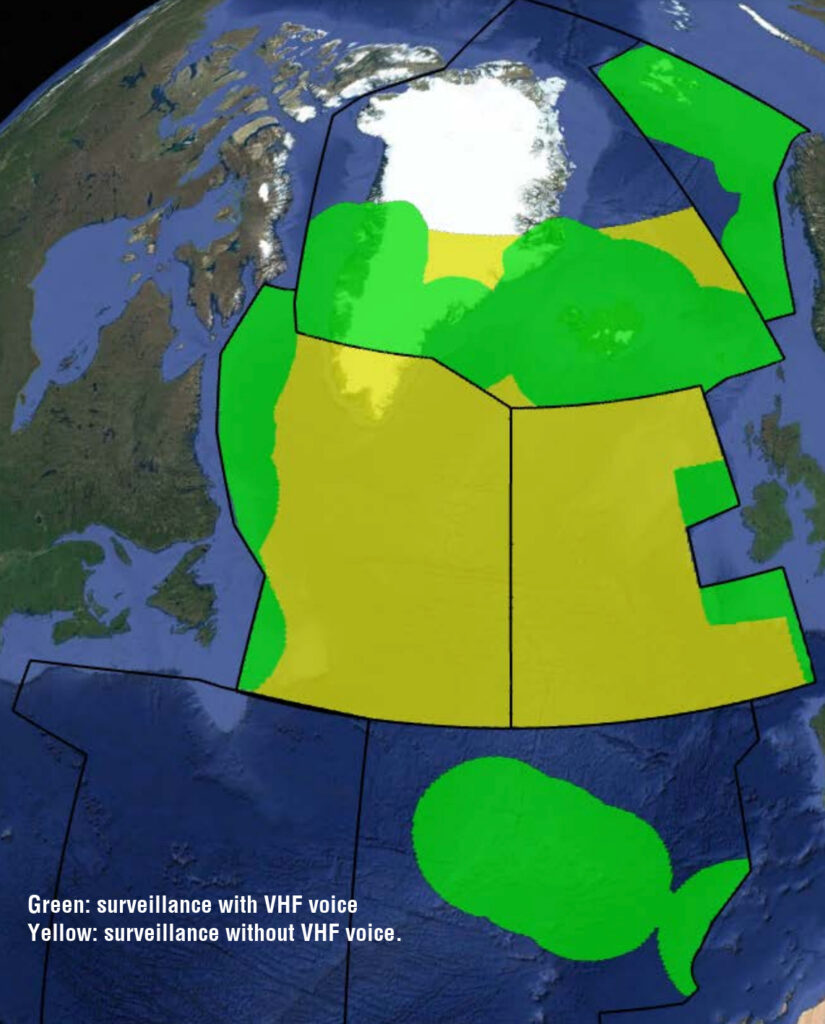 We have to say, we really don’t like this chart very much. The green blobs are misleading. Here’s what we mean…

Essentially, the NAT Doc 007 says that these are the datalink-exempt bits within the NAT Region:

So these green blobs give a rough idea of where ATS surveillance service is provided by radar and/or ADS-B within VHF range. But rough ideas don’t win prizes, and neither do they explicitly tell you what the rules are. Where is this mythical ATS Surveillance airspace in reality? Give me some hard coordinates!

Thing is, they actually do, right there in the NAT Doc 007, they just don’t say it very clearly.

Here’s the answer (we had to get in contact with Gander and Reykjavik ATC to confirm this): ATS Surveillance Airspace is the area over Greenland and Iceland shown in this picture below. This is where you’re allowed to fly above FL290 if you don’t have datalink. 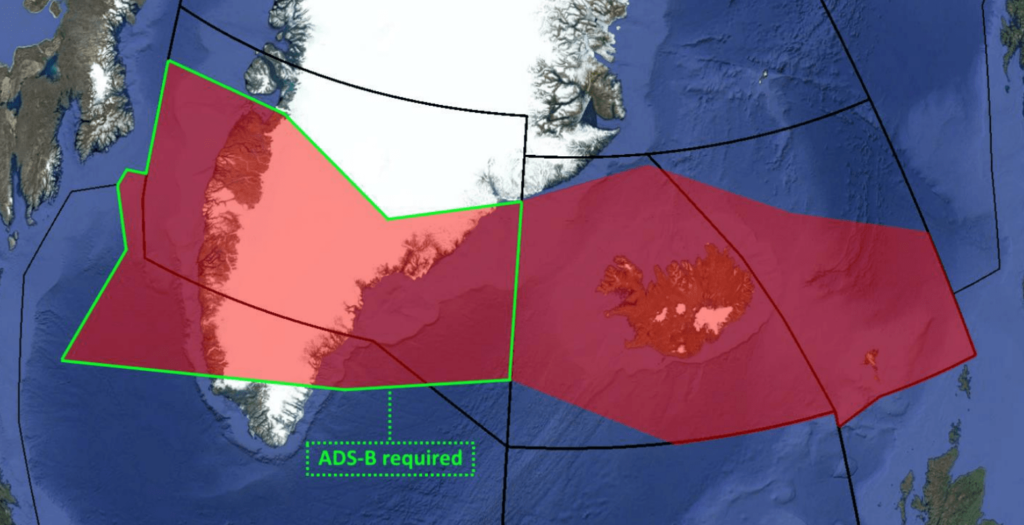 There is no special datalink exemption for the Blue Spruce routes. That’s another key point here.

The southerly Blue Spruce routes are not fully contained in the exempted airspace. So if you’re flying these routes you will have to meet the NAT DLM requirements or fly below FL290 or above FL410.

The northerly Blue Spruce routes are different (i.e the ones going overhead BGSF/Sondrestrom airport). These do fall within the exempted area of airspace – so datalink is not mandatory if you’re flying here. 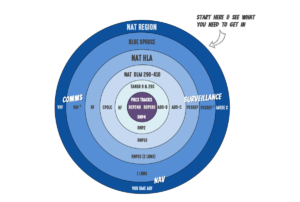 Confused? We don’t blame you. Here’s something that might alleviate some misery though – our NAT Airspace Circle of Entry. OPSGROUP members can download the full hi-res PDF version here. The Circle shows you what equipment you need – like CPDLC, ADS-C, HF – for each different type of airspace in the North Atlantic. With the datalink requirement effective Feb 2021, and the introduction of new requirements for the Tango Routes on the eastern side of the Shanwick OCA (T9 & T290), there are some important changes.

This NAT Airspace Circle of Entry will also appear on the new NAT Plotting/Planning chart that we are finalizing at the moment, and we’ll send you that when it’s ready. 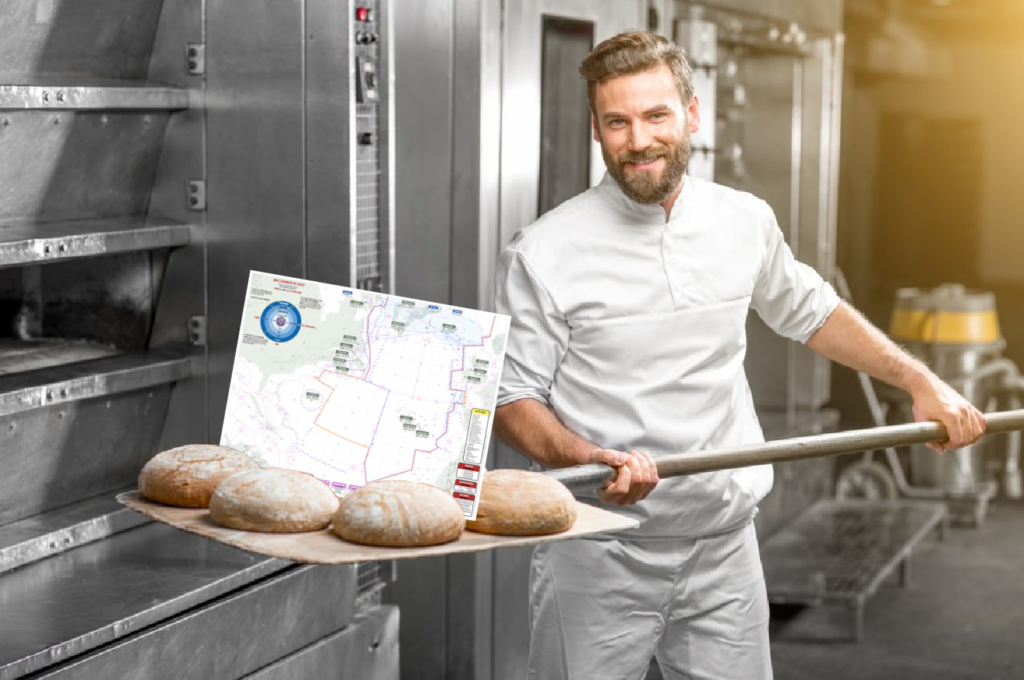 Our in-house bakers perfecting the recipe for a new version of our NAT Plotting & Planning chart, coming soon…

This thing started back in 2018 – a new procedure designed to prevent pilots from acting on any old CPDLC messages that might have been delayed in the network.

So, we have CPDLC where ATC can basically ‘text’ you some sort of message. Usually a clearance to do something. There is a risk though that the message is latent meaning ‘existing but not yet developed or manifest; hidden or concealed’. Basically lost for a longish time in the digital void and it means there is a risk pilots might get a message to do something way after they were supposed to do it, and it is no longer valid (or safe to) anymore.

The old NAT Ops Bulletin 2018_002 about CPDLC Uplink Message Latency Monitor Function has been discontinued, and the essential info is now incorporated into the NAT Doc 007. But there is some new info to be aware of.

The key change here is that all the NAT ANSPs have agreed on 300 seconds as the period of time all aircraft should set their uplink timers to (any message that takes longer than that to reach you will be deemed ‘latent’). Also, they will be sending this to all CPDLC connected aircraft immediately after they enter each control area – so you might receive the message a bunch of times (a bit annoying) but the procedure is the same regardless of whether you’ve “done it already” or not.

If the system gives you an indication that a message has been delayed over 300 seconds then don’t follow what it says but get in touch with ATC (by voice) and let them know so they can confirm whether they still want you to do carry out whatever the clearance told you to do. They will also close the message out of the system.

No new rules here, they’ve just made a nice little graphic to help understand the Procedures.

Funky! If you prefer a slightly simpler version, check out this one we made earlier: 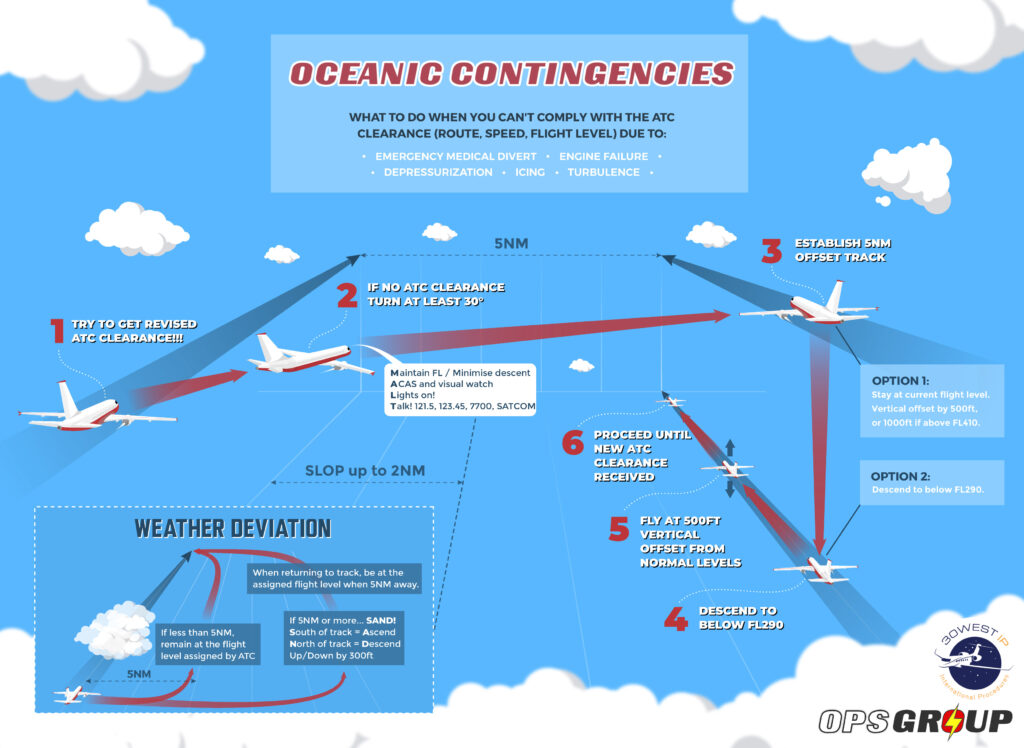 Climbs in Gander and Shanwick airspace

Gander and Shanwick have decided that they will advise crew in their OCA when a higher flight level becomes available. Basically, they have a function in their ATM system which lets them interrogate the flight’s vertical profile to determine when a higher level is available. They will then check there is no separation issue and if not, will offer the new level.

What did it used to say?

It used to say that clearances tend to specify a single flight level, but that sometimes there might be ‘scope’ for higher climb. It had some stuff about how, if you got a re-clearance you should climb without delay. It also said that if you aren’t CPDLC equipped you should tell ATC as soon as you’ve left your old level and when you reach the new level.

Actually it still says that in the new document but now it has a new bit about how Shanwick and Gander will be a bit more proactive about letting you know when the levels become available.

The only changes in this section are wording changes. Separation minima is no longer “as low as” – it is now “as small as”. “How small can you go” doesn’t have quite the same ring to it…

And that’s it!! That’s all the changes!! At least, we think so. If you have spotted any biggies not listed here, send us an email at: news@ops.group

And if all this is not enough for you, and you want a comprehensive timeline of all the old significant changes on the North Atlantic stretching back to the dawn of time (actually, just to 2015), then click here.