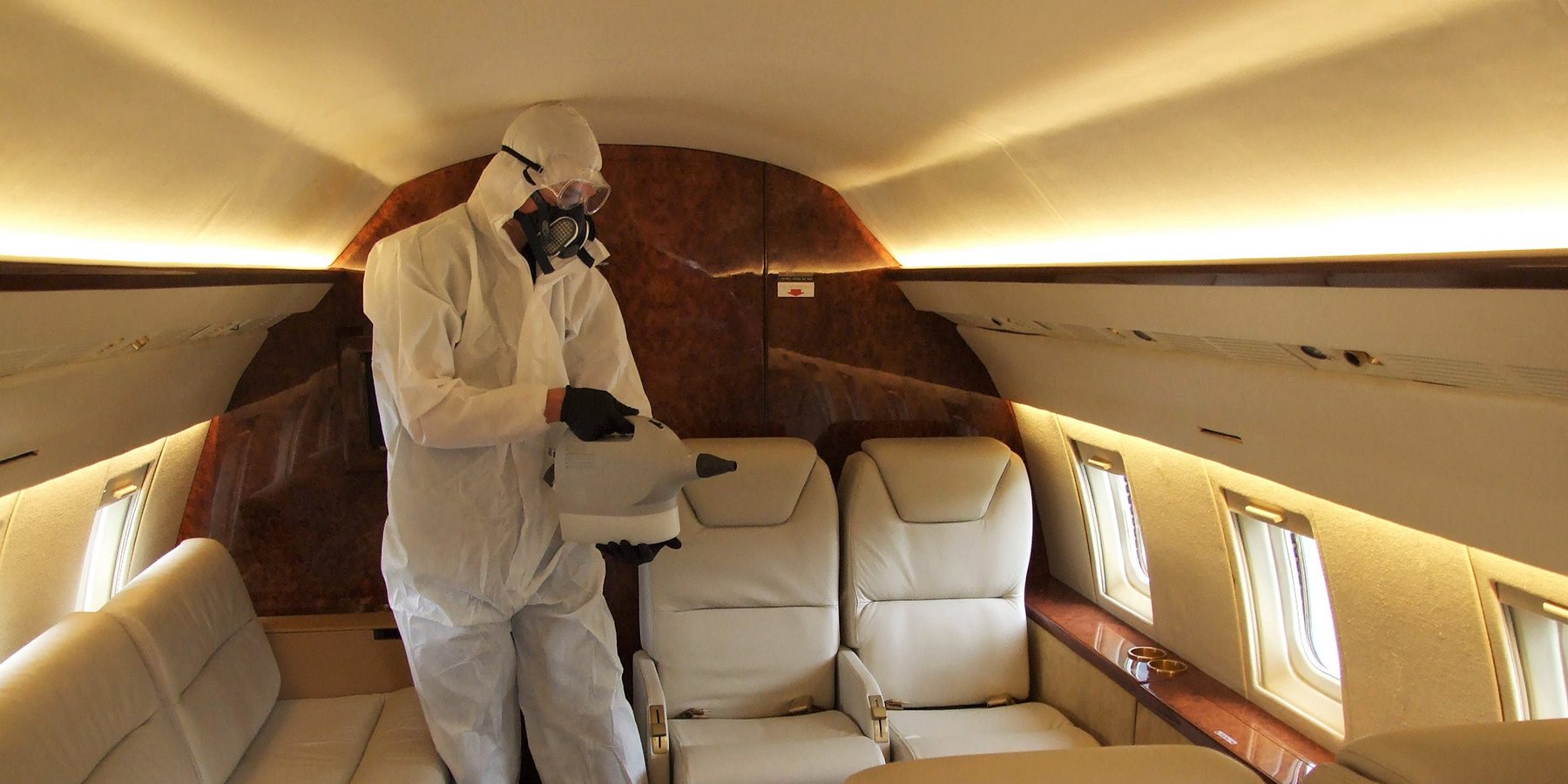 Per the new regulations, there are three groups:

The internal surface of the aircraft, excluding food preparation areas are sprayed with residual disinsection at intervals not exceeding eight weeks (WHO, 1995)2. Pesticides used and methods of application should be recommended by the WHO. Pesticides used should be registered according to the Pesticide Ordinance (Cap. 133).

The residual disinsection remains efficacious for eight weeks and causes minimal inconvenience to passengers and prevents the crew or passengers from exposure to aerosol sprays.

Blocks away The Blocks away disinsection is recommended by the WHO and takes place after passengers have boarded, the doors have been closed and prior to take-off. The cabin is treated by crew members walking through the cabins discharging aerosols.

Pre-flight and Top of Descent The pre-flight spraying involves the aircraft cabin and hold being sprayed with an aerosol containing a residual insecticide while the aircraft is on the ground but before passengers embark. Pre-flight is spraying usually followed by a non-residual top of descent spraying. The combined treatment lasts for the duration of single flight sector.

For aircraft disinsection, WHO currently recommends permethrin (2%) for residual disinsection (WHO, 2005) and d-phenothrin (2%) for space spraying. The specification of the insecticides are attached in Annex I.