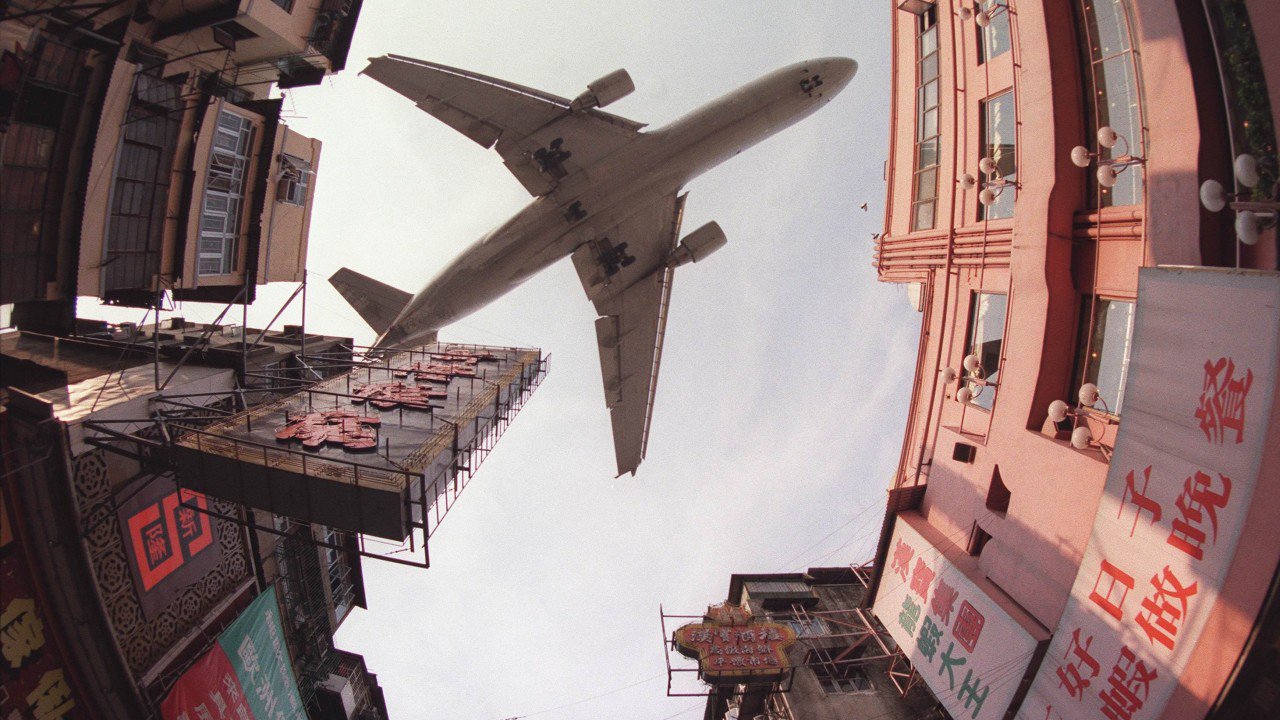 
In Honkers, things are about to change. The airport’s shiny new northerly runway (07L/25R) will become operational on July 8 – earlier than expected. Although there will still be some restrictions on its use.

AIP SUP 6/22 (an 111-page ‘über-sup’) which literally swallowed a bunch of other smaller sups, was published back in April with everything you might want to know about the new runway.

Now that you stand a pretty good chance of actually using it, let us help you out by hand-picking some of the more vital ‘need-to-know’ info to keep you out of trouble. 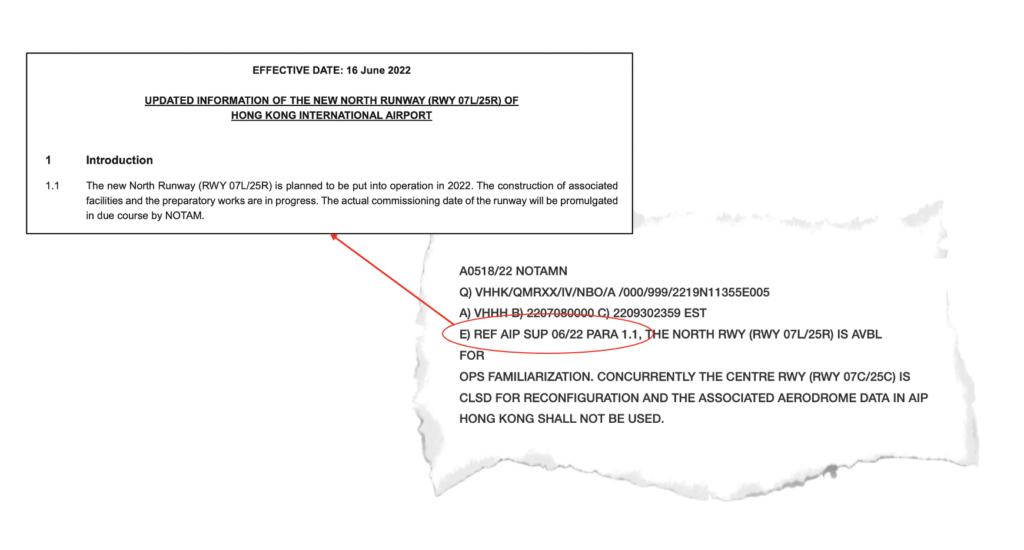 The slightly cryptic way of saying, yep you can use it.

There are ILS/LOC approaches at both ends. There are also RNP (AR) approaches, but as their names suggest, you’ll need prior approval to shoot those.

Runway 07L is also equipped with CAT II goodies (25R is CAT I only). A big head’s up though – you need to get permission from HK authorities to conduct low viz ops at VHHH before you get there. There’s a form to fill out, and of course you’ll also need to provide evidence of your state-issued approval (OpSpec C060 for US operators).

As you would expect, along with the runway will be a bunch of new taxiways too. The layout is quite straight forward: 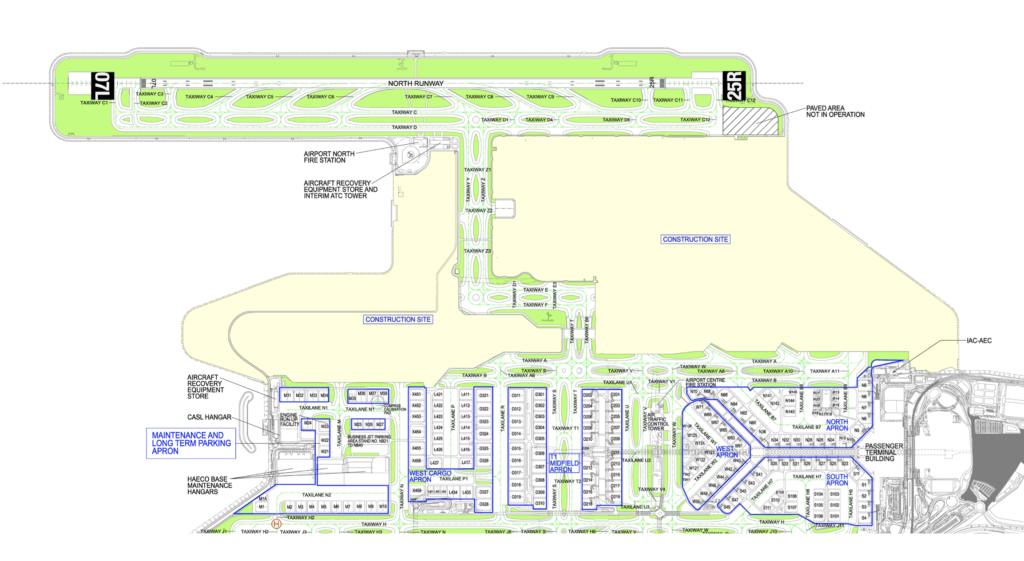 The new runway (07L/25R) will normally be used for arrivals, while the southerly runway (07R/25L) will be used for departures. When winds are light or easterly, expect to land on 07L for noise abatement which is preferred.

Squashed in the middle is 07C/25C. It will be closed from July 7 until further notice, but recalled if another runway becomes blocked.

Keep an eye out for routine closures for maintenance, which may reduce the airport to single runway ops at quieter times. The weekly schedule for those closures has been published in this (much more bite-sized) SUP.

There are new RNAV SIDs and STARs for 07L/25R. Tracking is straight forward, but the major thing to look out for are fly-over waypoints. They can be lost a little in the noise of a chart, but if there is a circle around a waypoint, turn-anticipation is a no-no. Make sure the fly-over is correctly coded in your FMS. There are also speed restrictions to keep your turn radius down. The reason for these is to keep traffic well clear of high terrain just a stone’s throw away – spot heights within a mile or two of the airport reach as high as 2000.’ 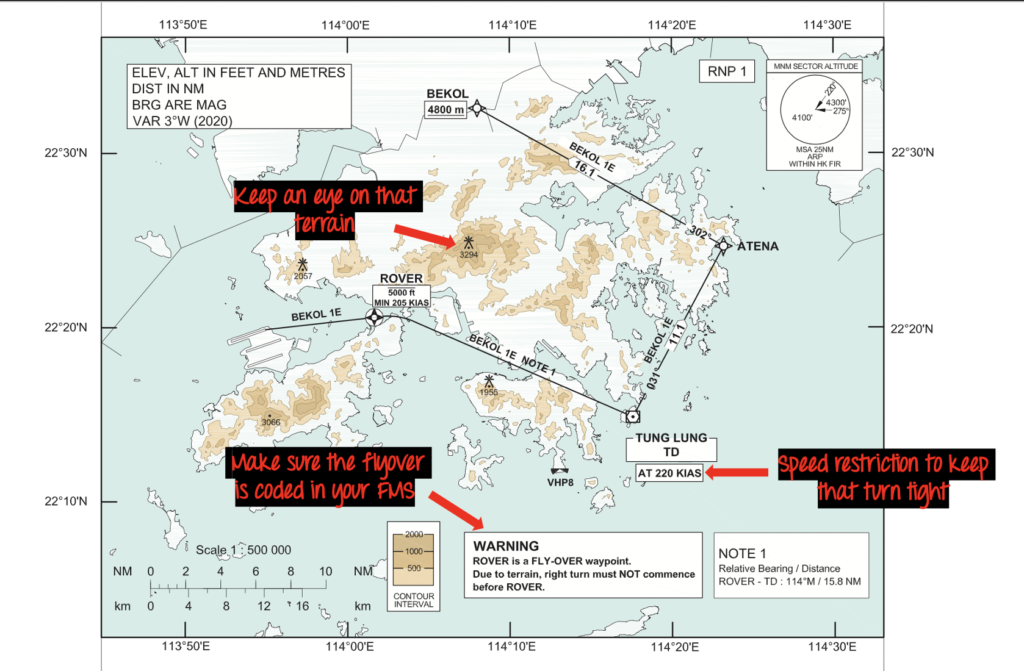 Look out for overfly waypoints and speed restrictions on SIDs for the new runway.

High terrain north of the airport means that in some conditions, wind shear is a real problem.

The new runway is the closest of all of them to those hills, which means it may be the most susceptible.

Be on alert when the wind is from the Northwest through to the Northeast above 20kts, it’s going to be sporty – especially if landing on 25R. Carry fuel for a comfortable missed approach, and possible diversion.

Look out wind shear in northerly conditions – especially on approach to the new 25R.

ILS interference has long been reported at VHHH due to the effects of the terrain around it. It can lead to nasty stuff like false captures and excessive descent rates. Boeing aircraft are especially susceptible (although don’t ask us why). It is often recommended that the LOC is captured first, before arming the glide slope. This has been reported on both existing runways, and so it stands to reason the new one (07L/25R) will be no different. Keep an eye on the chart notes for this one. If it happens to you, its really important to report it – there’s a form available here.

IFALPA has issued a safety bulletin for the new runway (07L/25R). Due to terrain, the ILS is broken into two parts – an RNAV transition, and the approach itself which are found on two different charts. The bulletin has useful recommendations to stay on the correct profile, and to avoid nuisance GPWS warnings – essentially slow down and configure early. It’s also important not to arm the glideslope before the point TOPUN, due to the risk of false captures.

We need your help!

As the new runway configuration gets up and running, we’d love to hear any feedback from operators heading in there. You can reach us on news@ops.group. Or if you’d prefer, you can submit a report to Airport Spy.