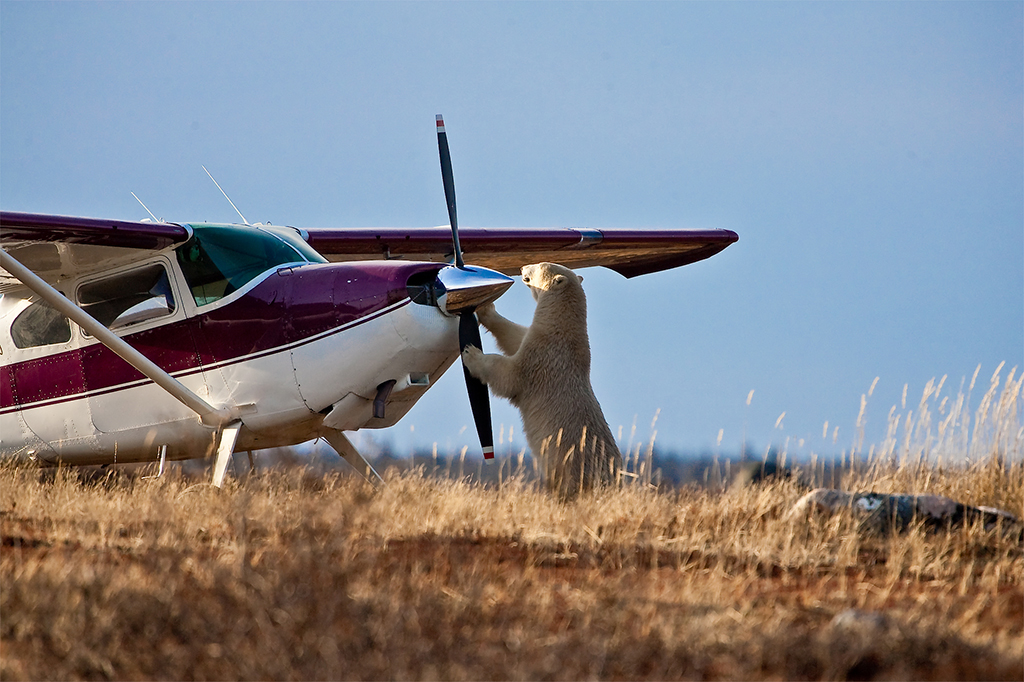 
Canada, the (often) cold and (parts of it) remote northern (although some of it lies south of US states) neighbour to the US.

We thought we would take a little look at what is available out there, should you find yourself anywhere north of Highway 16 (above N54°).

Well, because there is not much north of it. Or rather, there is a whole lot of country but not many options north of it. The main cities (and airports) in Canada are primarily in the southern region, close to the US/Canada border.

Here is a picture, because a picture speaks a thousand words. Or in this case, speaks about 10 airports…

The main Canadian airports are mainly along the southern border.

Canada is big. Very big. And the main airports (big international ones) are generally all situated below N54°. There are others out there though. The most northerly airport which receives scheduled passenger airlines services is CYRB/Resolute Bay sitting right up at N74°.

Unless you are actually operating into somewhere in the outer fringes of Canada then it is unlikely you will be routing over this region. Most polar routes bring you down across central eastern Canada and are unlikely to go so far west for the very reason there are very few airports available there if you need them. 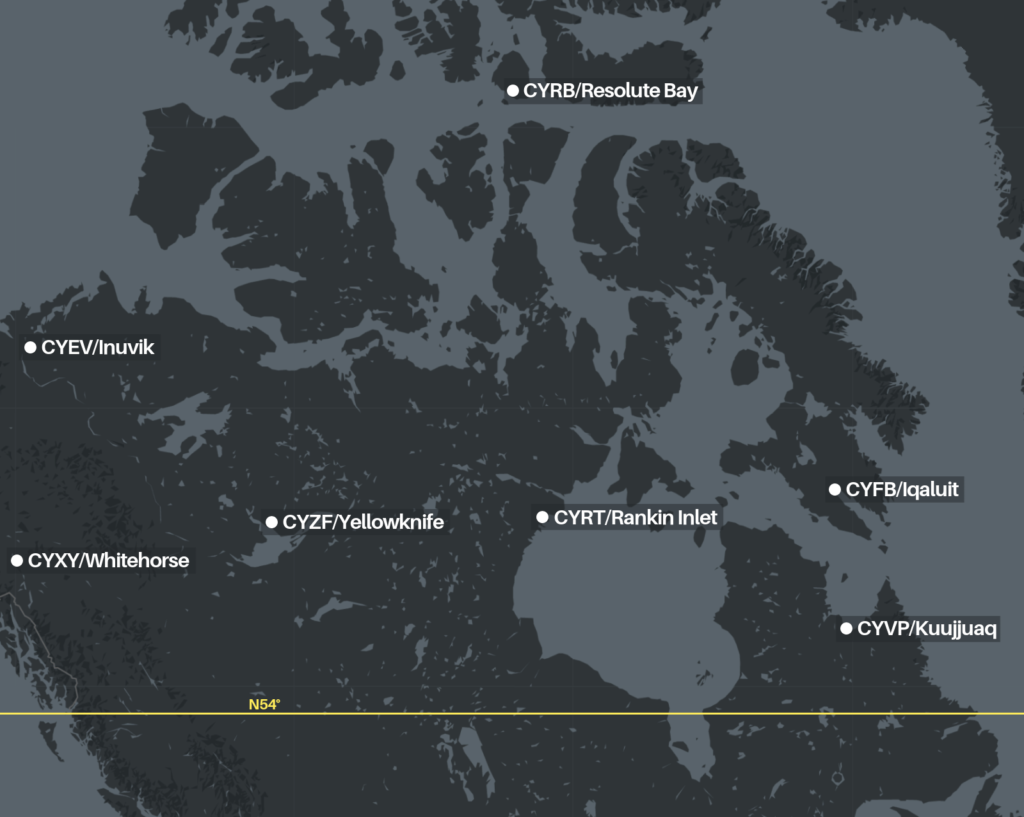 The airports to consider above N54°.

There is an ILS to runway 35, an RNAV (GNSS) for runway 17, and a warning for severe turbulence during strong easterly winds. Probably something to do with the airport sitting on the edge of a craggy outcrop with lumpy, bumpy terrain to its east. Aside from the (cold) weather warnings, this airport also suffers from WAAS outages.

If you are up as high as this, and around the eastern region, you are probably better checking out CYFB/Iqaluit. This is often used as a planning airport for en-route diversions during polar and northerly North Atlantic crossings.

There are a lot of ‘CAUTION’ notes on the airport chart here. Caution a steady green laser light, radiosonde balloons, terrain near the airport, large animals, wind that swings all over the place, a nearby blasting area, a random 2.5° ILS slope…

When the wind is from the north you can expect ok weather, if it is from the south the weather is less good, and this is particularly the case in Spring and Fall.

The charts suggest limited winter maintenance, but folk who have operated there say the maintenance is good.

So this is a good airport for emergencies, but has challenges of its own.

The challenging environment means there are a few gotchas here too. Runway 07/25 has poor drainage and there is a risk of hydroplaning. It also has large animals in the airport perimeter (not sure if this means moose, bears or polar bears. Probably Caribou though), radiosonde balloons and seaplane activity on a nearby lake. 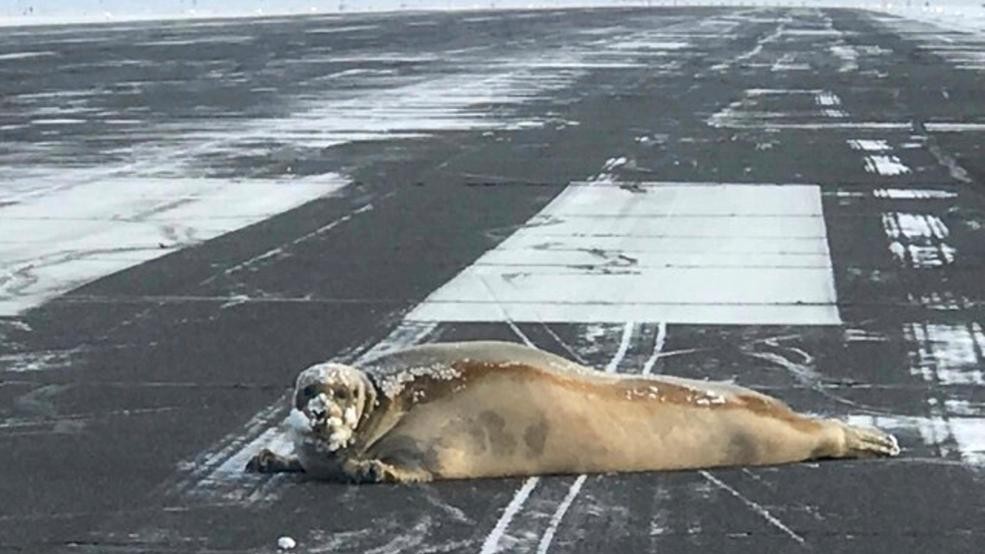 They say winter maintenance is limited, but this is because they do not operate 24/7. A few hours notice and they can clear the runway, and be available if needed though.

So CYFB/Iqaluit and CYVP/Kuujjuaq are your only paved runway options to the east.

The only paved runway in the central region, this offers a 6000’ runway 13/31. Both approaches are RNAV (GNSS) and orientated to True North.

There isn’t much info on Rankin Inlet, but given the remoteness of the region you can probably assume limited ground support and harsh winter conditions but actually the services are very good and those harsh conditions are limited to the winter! Winds are a bit of an issue here at times – expect some strong, gusty crosswinds.

Check out the picture below… 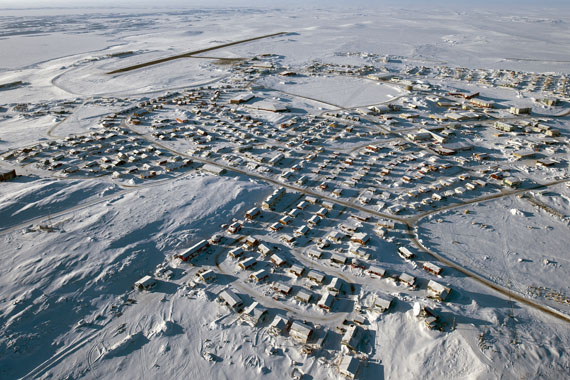 Good luck spotting that runway when it is covered in snow

You have three paved options to the west.

First up, Mike Zubko. Mike, in case you’re wondering at the name, was a local aviator of note. Originally from Poland, he emigrated to Canada, became an Engineer with Canadian Pacific Airlines and went on to set up the Aklavik Flying Service, serving the remote region of the northwest corner of the North West Territories.

Anyway, the airport of his name has a 6001’ runway 06/25 with an ILS for 06 and an RNAV for 24. There are ‘limited graded areas’ outside the runway area here which basically means stay in the runway and you’re good. 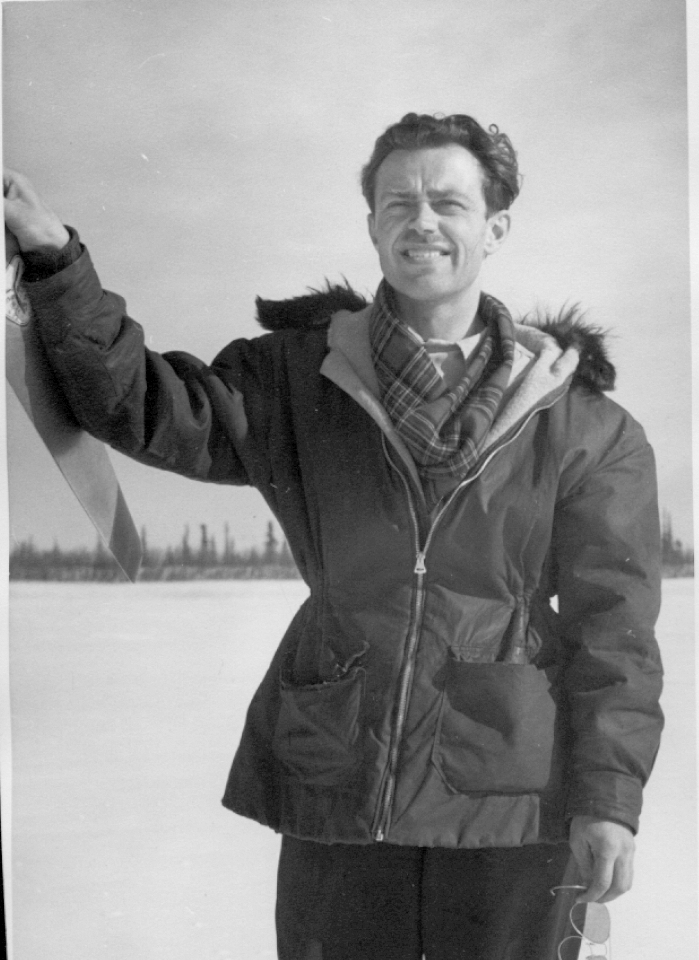 Yellowknife has limited winter maintenance (because of those operating hours again) and extensive bird activity but is a major hub in the area and will be able to provide ground support for most aircraft.

This airport is right in the middle of some pretty challenging terrain. Loads of it with an MSA rising up to 8500’ in the south. So you can expect some mean winds and a fairly challenging approach, missed approach and departure procedures. 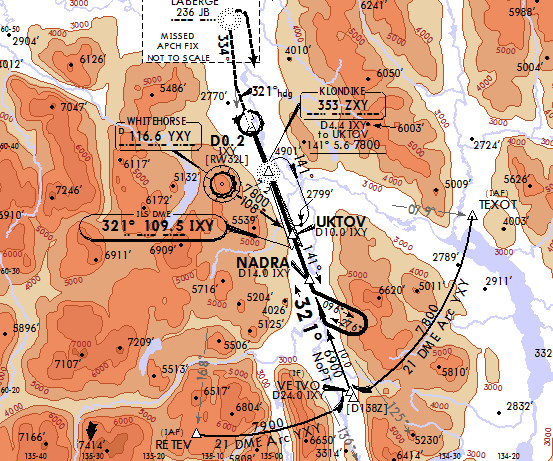 And we’ve been told about some others…

This airport might look relatively small, but it sees high traffic numbers as the area is famed for ecotourism (great polar bear sightings) and it is also a primary transit hub for people and cargo travelling between Manitoba and the more remote regions. It can accept emergency diversions from up to Boeing 777 and 747 aircraft so a good option.

CYMM/Fort McMurray is a nice central international airport in Alberta used as a destination for narrow body aircraft, but a decent alternate for wide body aircraft with its 7503′ runway and ILS approach.

CYPR/Prince Rupert in BC has a 6000′ runway, and RNAV approach. There is limited taxiway and apron space here so a good emergency or diversion airport, but not much other support available and it has “limited winter maintenance”. The airport is on an island and weather observation is not done at the field so caution using this in poor weather.

CYXJ/Fort St. John also known as North Peace Regional is another BC airport option for emergency diversions. It has an unusual crossed runway layout, with 6909′ and 6698′ lengths. Runway 30 has an ILS, otherwise you’re looking at an RNAV. This airport is also slightly higher elevation, sitting at 2280′.

CYXT/Northwest Terrace Regional has Dash-8 sized aircraft operating in. It offers a 7497′ runway with an ILS and a shorter 5371′ runway with RNAV approaches.There is high terrain here (the airport is in a valley) and it is not recommended to use unless familiar with the airport, and even then only during daylight hours.

Unless someone knows about one we haven’t heard of? If you have, please share. Email us at news@ops.group. Someone, somewhere, someday might be out in the great Canadian wilderness in need of an airport.