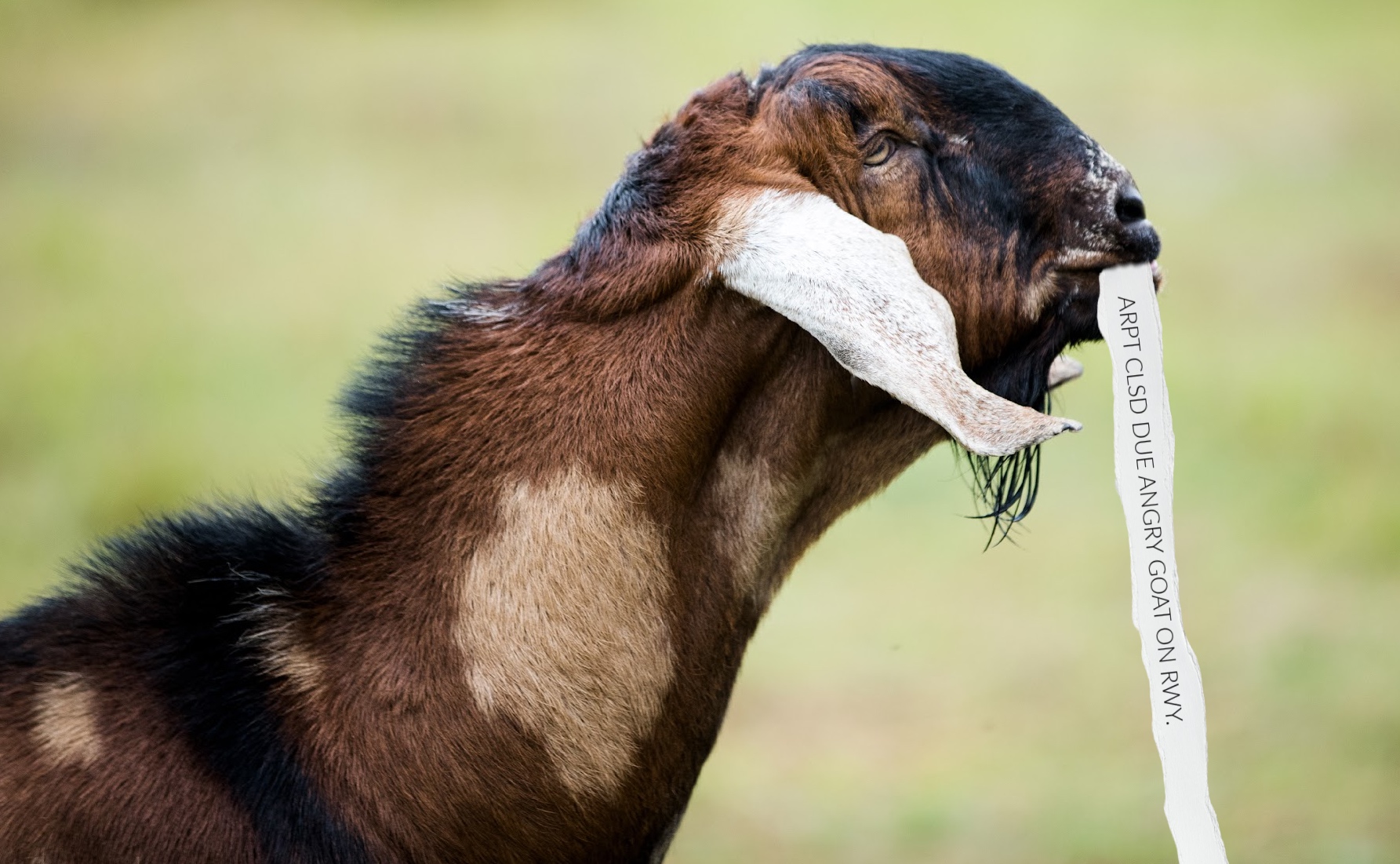 Canada: The AGN and what to do with it

Canada: The AGN and what to do with it

Well, unless you’re a Canadian operator, operate a regular scheduled service there, or work in the tiny room in the corner of the basement in Transport Canada’s Ellesmere Island Office where this was invented then you possibly won’t know.

But if you operate at all into Canada then you probably-might not-but maybe should-know what it is. It is the Aircraft Group Number, and because someone asked us about it and we didn’t have a clue, we figured some of you may not either.

Disclaimer: We have no idea if there is a Transport Canada office on Ellesmere Island, we made that up. We just found it really, really hard to find anyone at Transport Canada who seemed to know anything about it until we emailed a really important person whose name was on one of the advisory circulars. They were really helpful. 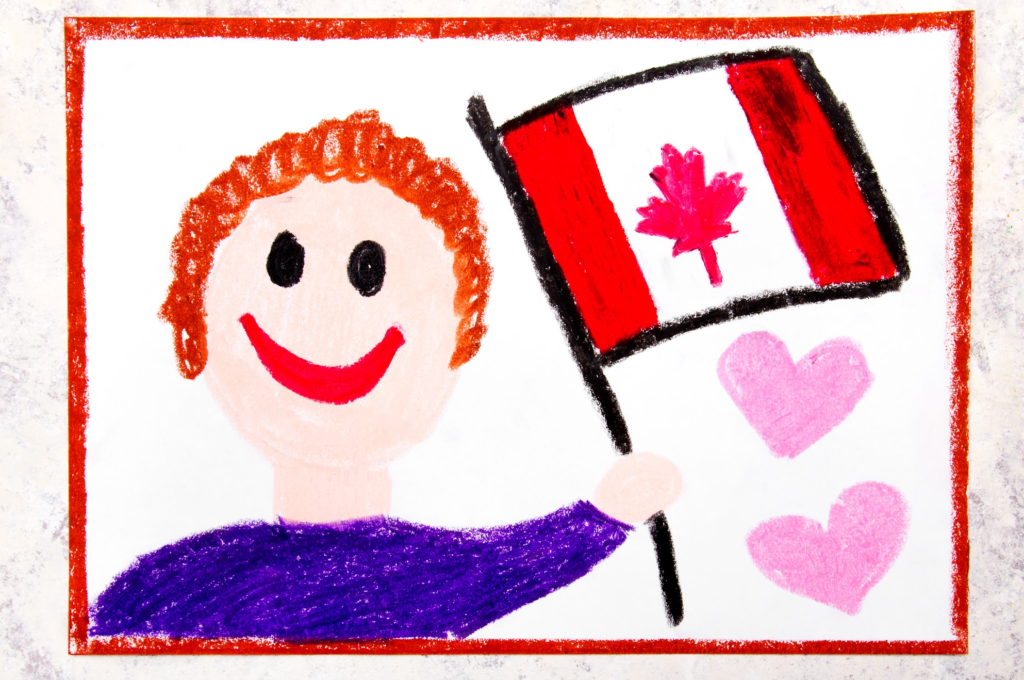 Anyway, so the AGN is basically the  Canadian equivalent of the FAA’s ADG stuff for aircraft classification and airport design (we think).

It is published for Canadian airports, and the whole point is to provide information on stuff like runway or taxiway width, length and other physical characteristics, and also things like separation from obstacles in the runway environment.

Basically, a lot of important stuff you need to know if you want to operate there. It is measured based on the ‘most critical’ aircraft operating in. They measure, consider and then the relevant AGN plops out the other end and is assigned.

Any given aircraft might actually end up with more than one AGN depending on the airfield element being looked at.

Here’s the Advisory Circular on it if you want a read. 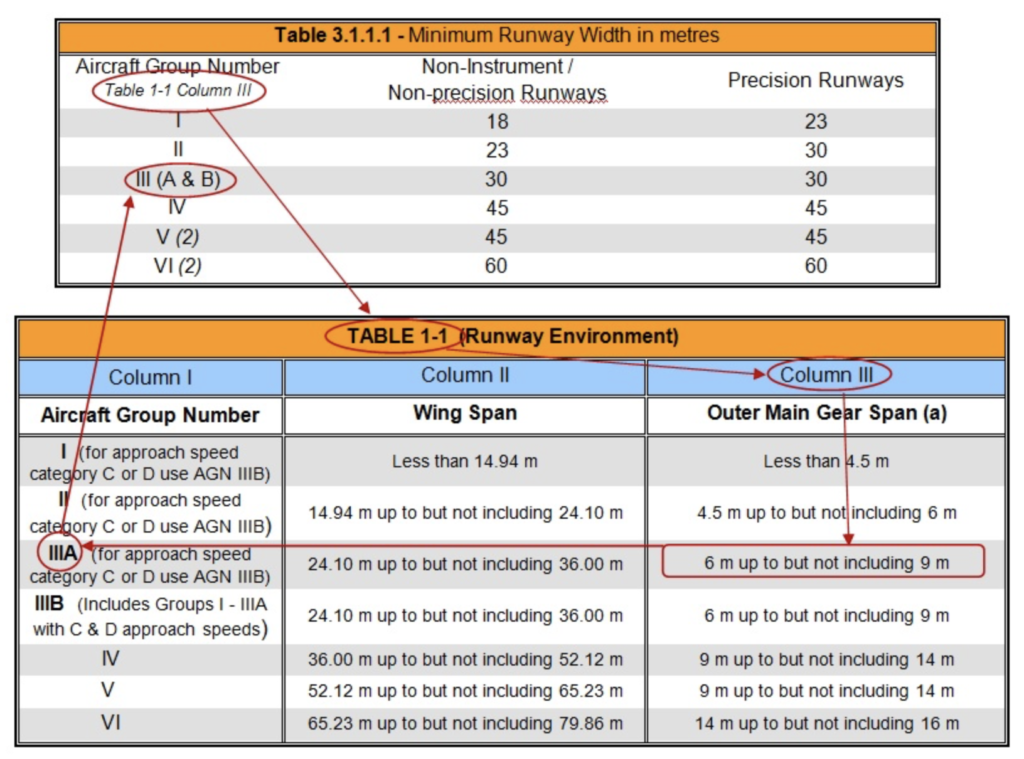 Apparently this is how you work it out.

So why are we telling you about it?

It is actually something you are probably familiar with even if you didn’t know the acronym, and when you’re thinking about heading to an airport you (hopefully) check stuff like this anyway.

But, what we aren’t sure about is whether it is a guidance thing or a restriction thing? 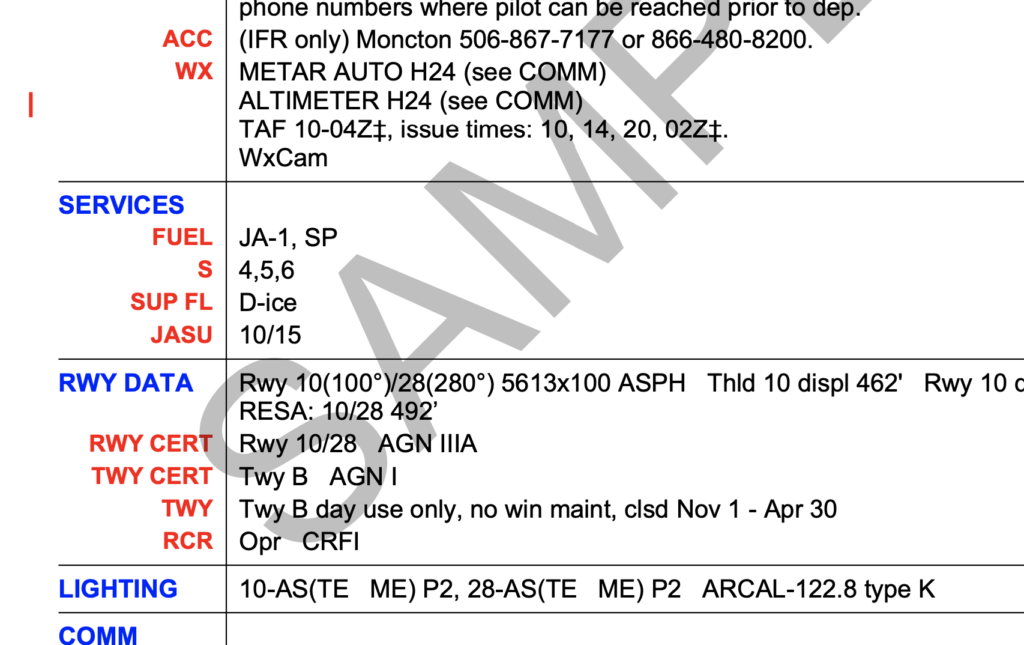 There it is for RWY CERT.

The question which sent us spiralling into an endless pit of Advisory Circulars and uncertainty came from a non-canadian BizAv operator (you know who you are, and thanks for that!).

They did have a valid question though.

They wondered if they could still plan and airport for things like tech stops and medical emergencies if it’s a category below the aircraft AGN (but is perfectly landable at)? Because your AGN varies for different elements…

So we read through the bundle of ACs and frankly still didn’t have a clue. So we started emailing everyone at Transport Canada and finally got a nice response from someone pretty important and knowledgable.

Let’s start in Advisory Circular 602-005 (effective 2021-06-04), the subject of which is ‘Publication Enhancements to Airport Information in the Aeronautical Publications.’ Don’t be put off by the title, this is all about the AGN.

First up we get to the background and its in Section 3.0 that we discover this very important statement straight out of the Canadian Aviation Regulations –

“Before taking off from, landing at or otherwise operating an aircraft at an aerodrome, the pilot-in-command of the aircraft shall be satisfied that

(a) there is no likelihood of collision with another aircraft or a vehicle; and

(b) the aerodrome is suitable for the intended operation.”

So, the AGN helps determine this.

But then there is this…

So we still weren’t entirely sure…

A non-scheduled flight (so a lot of BizAv sorts) doesn’t fall under that particular regulation, but the AGN is considered a limitation and part of an airport’s certification.

Given it is telling us whether (very simply) our aircraft will fit (ok, whether obstacle clearance, runway width, etc etc is suitable), then it doesn’t sound like something you would really want to shrug at and say “ah well I reckon I still will…”

But by the same token, AGNs are determined using the most critical aircraft currently doing scheduled operations. So if you’re looking at a military base (that is available for civilian ops when needed) then that AGN might not “work” on paper, but the airport may well work for you in reality.

Then came the answer

Hot off the press – “It’s the pilot-in-command’s decision to verify if the aerodrome is capable of accommodating the AGN of the aircraft. The published AGN serves as a tool and aids in the decision making.”

There it is, clear as can be.

You still have to make the decision!

For that, throw in some common sense and airmanship.

On fire? All bets off, anywhere works.

Tech stop of medical diversion? Probably not the wisest to plan to use an airport whose AGN falls below the category you require. Chances are if you mess up there are going to be some pretty big insurance and legal questions getting asked like “the AGN literally told you the obstacle clearance wasn’t enough so why did you try?”

And remember it isn’t the whole picture.

Just using the AGN also isn’t a good idea because it doesn’t take into account all the info you need. It doesn’t, for example, cover airport operating hours which is quite important if you’re intending on using an airport because – if it ain’t open, then that’s going to be difficult.

There is a whole load of information you’ll need beyond just the AGN in order to determine suitability. The AGN is only one piece of information (albeit it a piece filled with a lot of smaller pieces of information).

We are happy to ask some more questions if you need.

We hadn’t come across this before and this isn’t a solid answer, so get in touch if this impacts your planning, and if you’ve spotted an airport whose AGN is lower than your aircraft’s. Especially if you know for a fact your aircraft has operated into there perfectly safely.

Send us some specific details and we’ll dig deeper! Email us at: news@ops.group