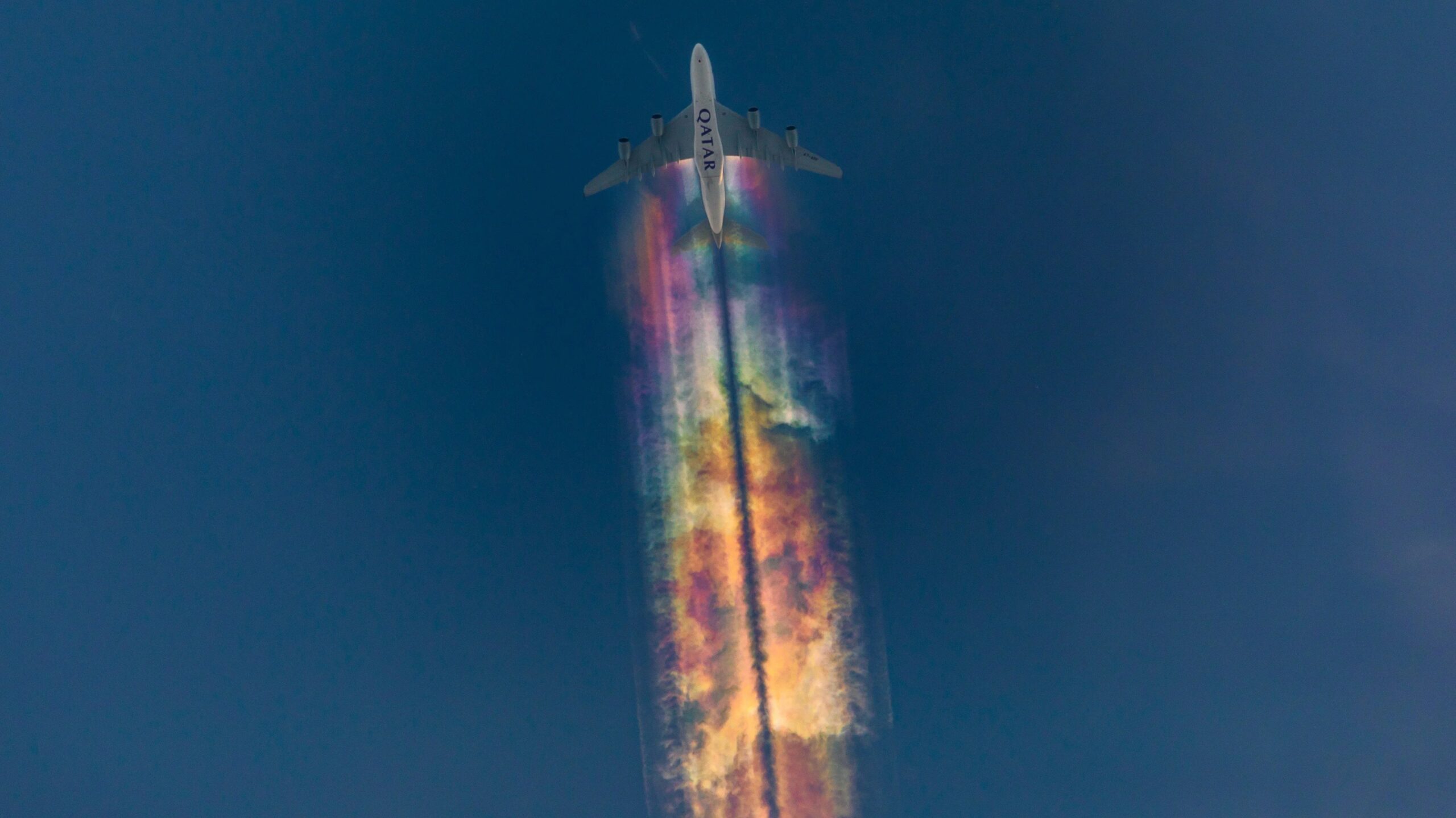 The Doha FIR: Qatar is finally getting its own airspace

The Doha FIR: Qatar is finally getting its own airspace


For such a small place, Qatar has some big history. It is in the news (and in aviation news) a fair old amount over the past few years.

And now another newsworthy event is occurring, because it is finally

We feel like we should send a house (well, airspace) warming gift? Send us ideas. Or maybe just go and use the airspace.

We posted this back in 2021 when the news first hit the headlines that Qatar was looking to get its own airspace.

In short, (in case you can’t be bothered to click the link and read it), with the exception of the OTHH/Doha terminal area, all the airspace was controlled by Bahrain. Which was never a problem until Qatar had a fairly large ‘diplomatic dispute’ with many of their neighbours, and it reignited the campaign to get their own airspace.

They pushed the idea, there was some feedback, it wasn’t good, so they put in a new proposal fixing the issues, and it was approved.

Now it is actually happening!

The OTDF/Doha FIR will be established, effective from 8th September 2022.

Here is a map of what the lateral boundaries look like. 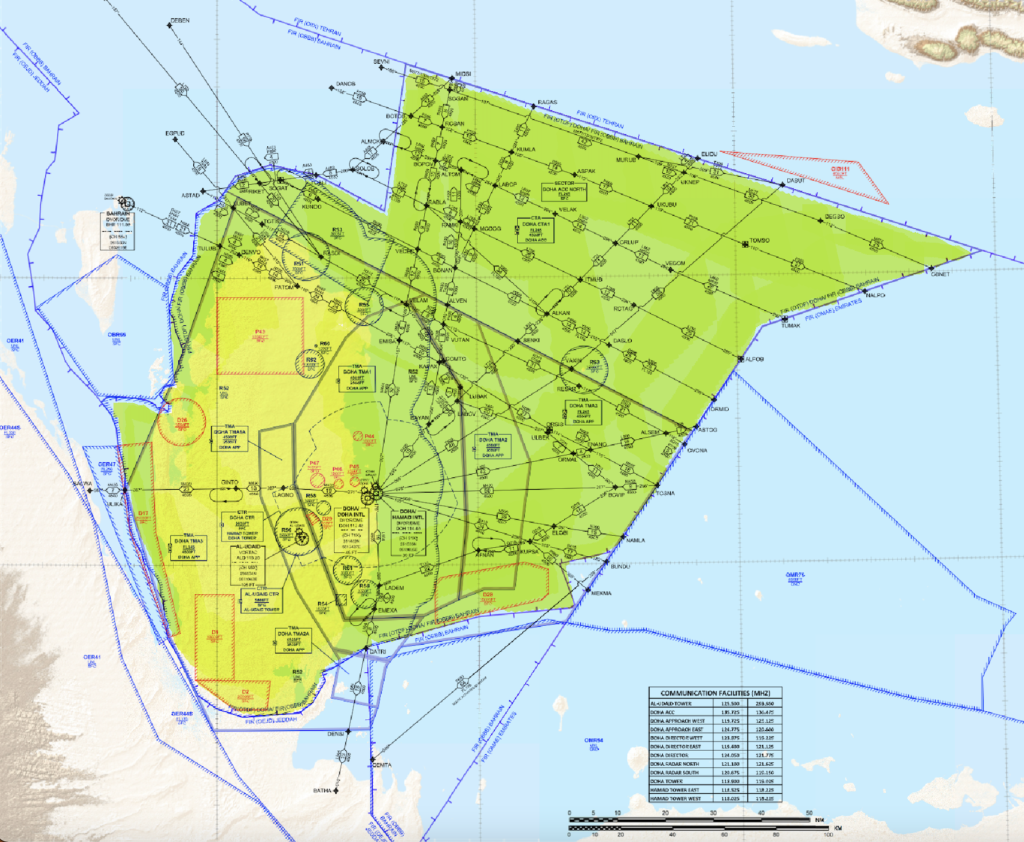 If you click here, you’ll be transported to a lovely high res PDF fresh from the AIM (and minus the badly done highlighting) so you can see it all much more clearly.

The vertical boundaries will be surface level to FL245, which means flights above FL245 will still be in the Bahrain FIR and under their control. So if you’re overflying, you probably aren’t going to notice much during Phase 1.

You can access all the info on this in the Qatar AIP, available here.

No, that’s not it, because there are several phases.

Phase 2 is when Doha Control grabs control of all the airspace above the State of Qatar and their waters. This means surface level to somewhere unlimited above them.

Bahrain will still be responsible for controlling the international waters bits nearby, but only up to FL245. Now you might notice the difference if you’re overflying, but not much – just some new frequencies to talk to. 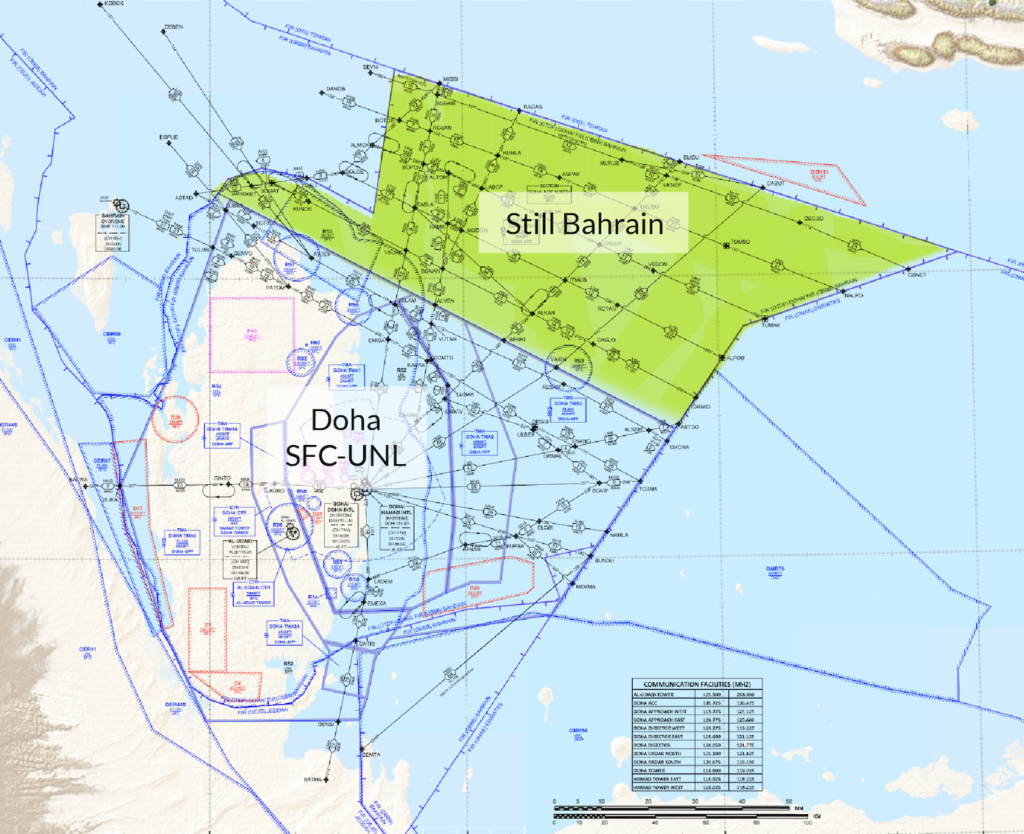 Sometime after the end of 2024, Doha will become the ‘responsible authority’ for the entire FIR, surface level to unlimited, including over the international waters.

What is important to know?

Well, initially there won’t be much change at all if you’re only overflying.

Obviously, if you descend down into Doha then you are going to be speaking to someone not in Bahrain, but you would have been anyway once you entered the OTHH/Doha terminal area. Now it will just be a little earlier.

There have never been issues with the handover between Bahrain and Doha.

OTHHZPZX is the current general flight plan one.

Controllers in the Doha TMA were always well trained and a good standard. There is no reason to suspect the new controllers responsible for the FIR won’t also be.

Procedures are unlikely to have changed, it will now just be a Dohasian rather than a Bahrainian controller calling the shots.

Weather avoidance might require you to talk to both Doha and Bahrain if you’ll be crossing the temporary boundary (into the international waters area).

Until the official AIM is published this isn’t confirmed, but the assumption is this will remain the same.

It’s so small, why do we care?

While the airspace is smallish in the schemes of airspace size, it is biggish in terms of importance for the region. Around over thirty percent of traffic in and out of the UAE routes via Bahrain (soon to be Qatari) airspace, Kuwait and then up via Iraq to Europe, avoiding Iranian airspace to the right.

Not that we can think of, but you can tell us if you experience anything worthy of reporting once it goes live this September.

We did make this Airport Lowdown for OTHH/Doha in case you need it. 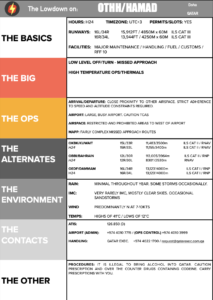