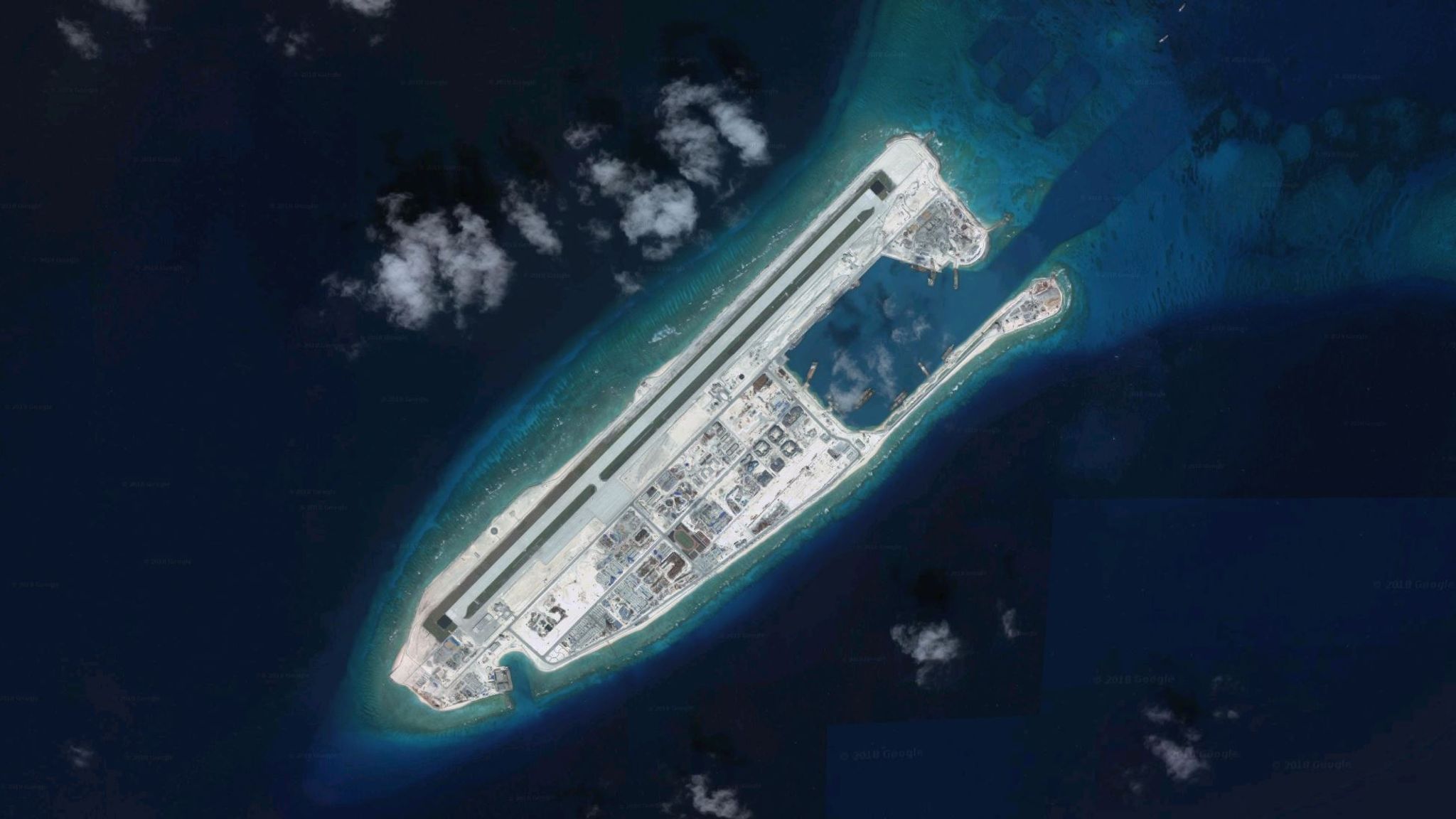 
The South China Sea dispute (don’t be fooled by the sea’s name) is between a bunch of the states in the region including, of course, China. It isn’t so much over who owns it, but how much each bordering state owns.

The reason they all want as much as they can get? Well, it’s an important bit of sea for the movement of maritime trade, and for general military control.

Who has been doing what?

There has been a lot of ‘Cabbage tactics’, ‘Salami Slicing’ and sneaky island building going on by several of the nations for quite some time.

Wondering what ‘salami slicing’ and ‘cabbage tactics’ are? They are when you do small things that all add up to bigger implications, and when you start ‘wrapping’ your military around stuff.

Here’s what each country’s territorial claims in the region looks like: 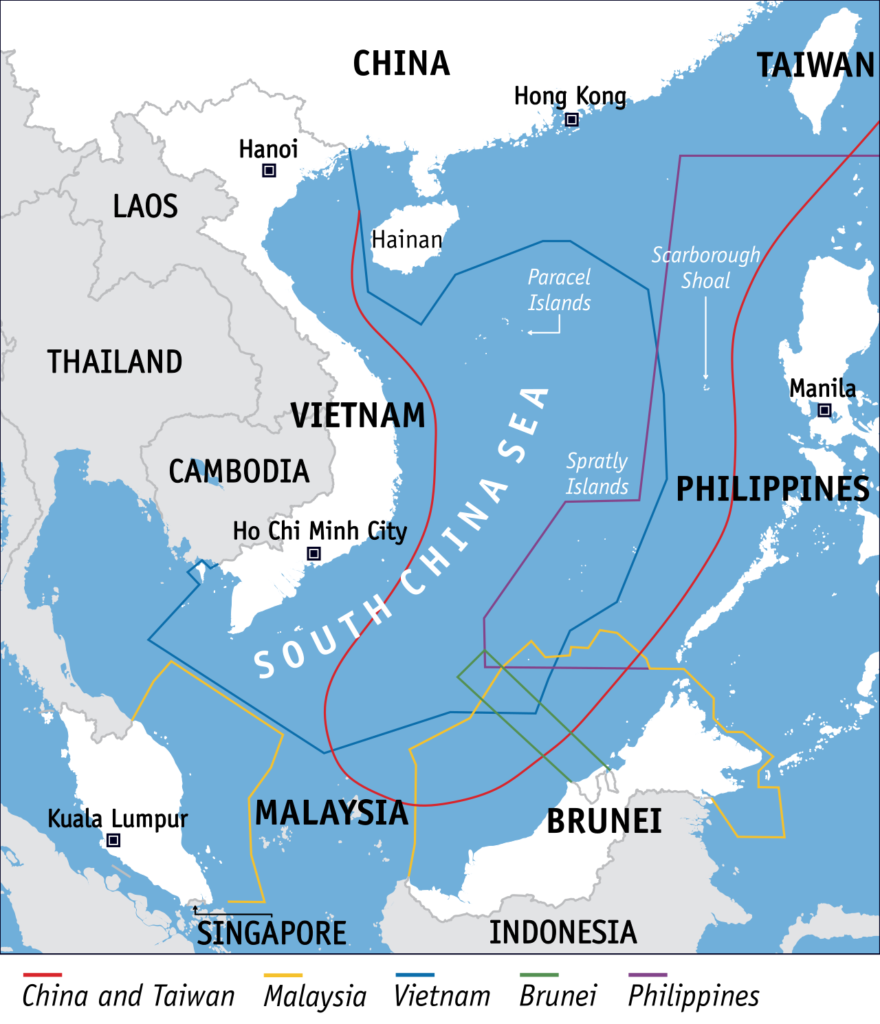 Why are we more concerned now?

The dispute has been going on for a long time and has rarely had much impact on aviation. However, China have recently been upping the game, carrying out large numbers of military drills across the region. We wrote about some of these a while back.

The majority of these are maritime only and the primary impact for flights ops is really just an increase in offshore helicopter traffic. Occasionally the exclusion zones have impacted aviation traffic as well because the upper limits are not always clear, and they often lie close to coastal airports.

There are drills planned through the start of June.

China are rumoured to have ‘fully militarised’ several islands in the South China Sea. These are purpose built islands (part of that sneaky island building strategy) designed to increase the Chinese military presence, and so control, in the region.

The militarisation is a potentially a cause for concern because the equipment on these includes anti-aircraft missile systems, laser and jamming equipment, and fighter jets.

The region is a relatively busy overflight area, with numerous airways as well as the traffic routing in and out of the surrounding countries. 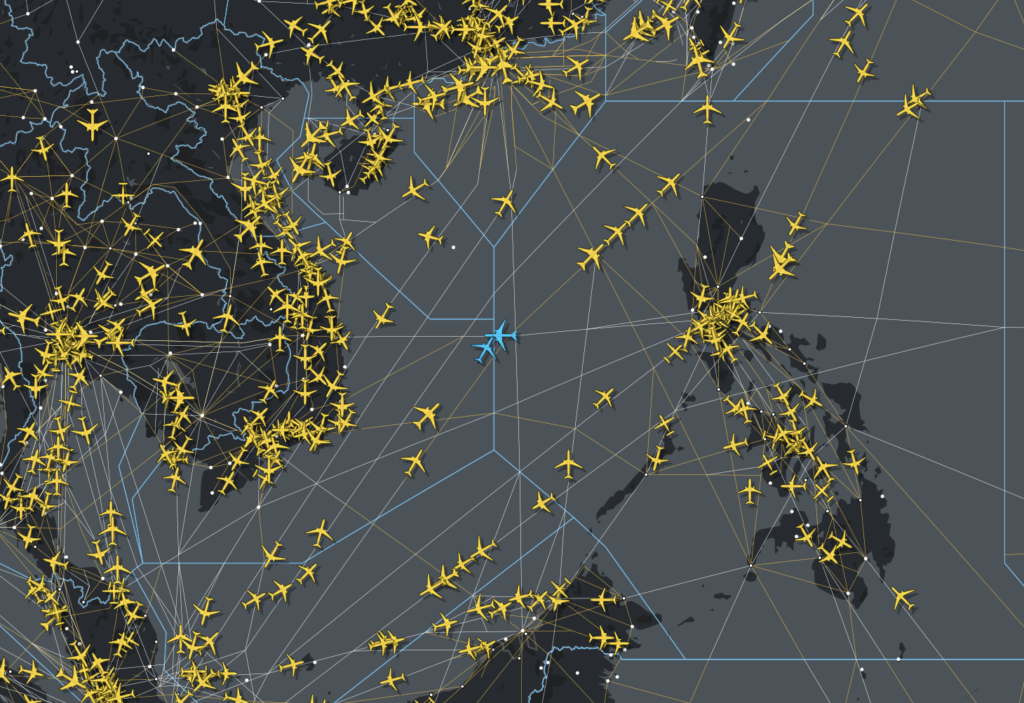 It is a busy region for overflights and arriving/departing traffic.

In 2015, an Australian RAAF aircraft was carrying out “freedom of navigation” exercises over the China Sea in international airspace, but China responded with threats against them via state owned media sites, ‘strongly advising’ Australia that such flights were not welcome.

In 2015, a BBC News crew flew over some of China’s militarised islands in a US military aircraft and the order on the radio was less than friendly.

Was a missile launched?

A video has been circulating this week, reportedly showing a missile fired into a region with commercial air traffic. The video claims to have been filmed from within an aircraft told by ATC to immediately turn 90 degrees to move out of the missile’s path.

It is unverified and the airline reportedly involved have denied it occurred.

Drills were announced from May 22-27, but these referred to maritime exclusion zones only, and made no mention of possible missile launches or airspace hazards. There were no notams issued on the day for any launches and the lack of any additional information suggests it may be a fake video.

Is there a risk here?

There is a heightened military presence, an ongoing dispute and tensions are increased however there is no verified indication that the risk to commercial operations is increased at this time.

If operating in the region, maintain a listening watch on 121.5 at all times and ensure you are aware of contingency procedures in case of an emergency.