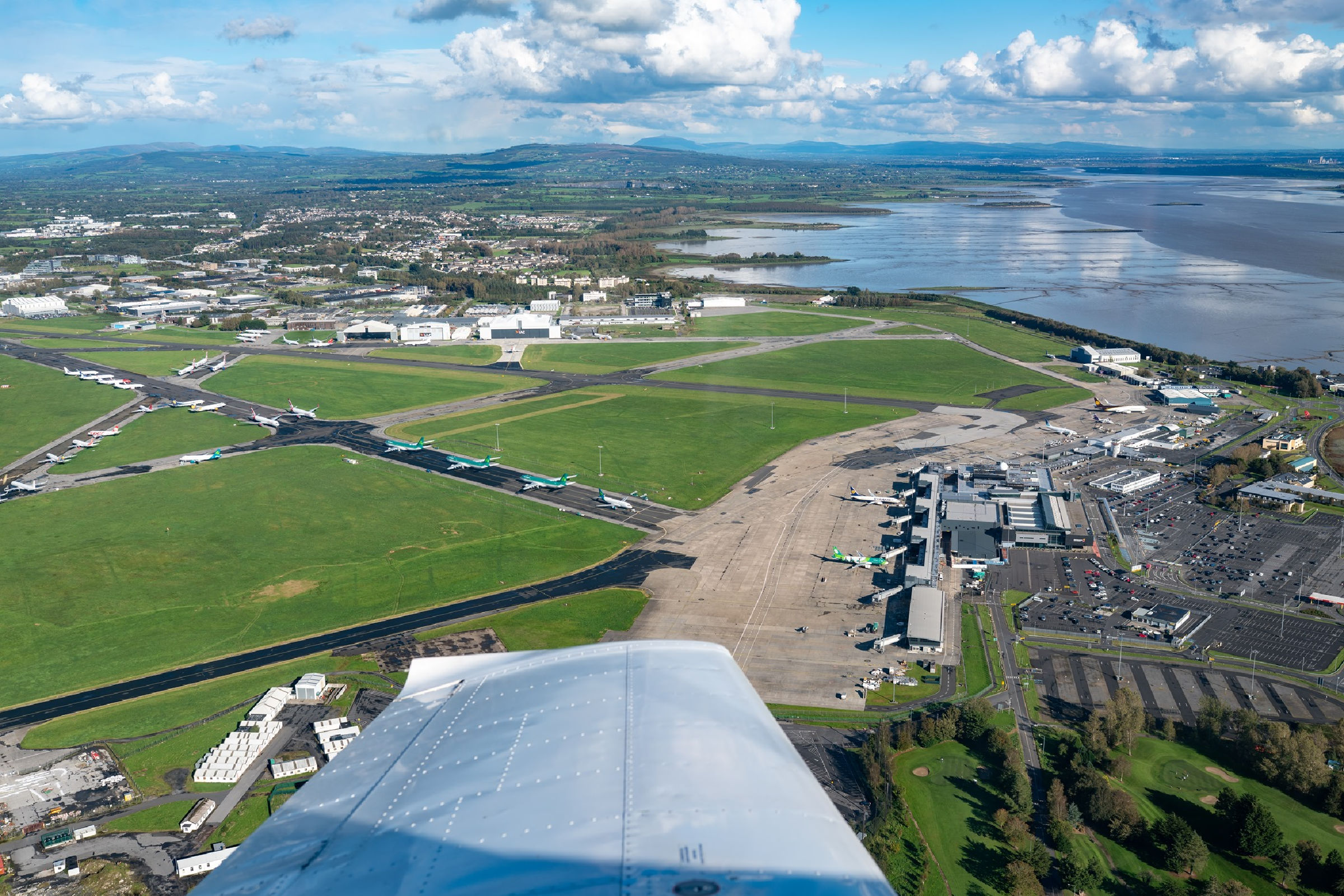 
Level busts at EINN/Shannon Airport are a problem. A big problem. Big enough that the IAA have made a presentation on them, alongside the NBAA. Why the NBAA? Well, because a disproportionate number involve North American Business jets.

We’ll start with a little story.

Once upon a time, not so long ago, a pilot called Hank* (*name changed for anonymity) was flying his Business Jet over from the US to Europe, and he decided to stop off at Shannon airport. Shannon is, after all, on the Emerald Coast so it’s very pretty but more importantly its just on the other side of the Atlantic, you can do your US customs stuff there, and they have fuel for your airplane and Guinness for you.

So off Hank heads, and he’s done his homework. He’s planned for the whole NAT HLA bit. Alas, though, he has not planned for the actual landing into Shannon bit. Tired, distracted by the thoughts of Guinness and caught out by a much lower transition altitude, Hank forgets to change his altimeter from inches mercury to hectopascals, and when ATC says “Set QNH 988” what does he do?

And so he descends down, aiming to level off at a nice safe altitude. Only his altimeter is over-reading by 720 feet. Hank gets within 2nm and 500ft of some pretty sticky-uppy terrain before ATC spots the errant aircraft and saves the day…

So, Hank was added to a long list of North American Business Jet operators who had a nasty level bust in Shannon and was embarrassed. 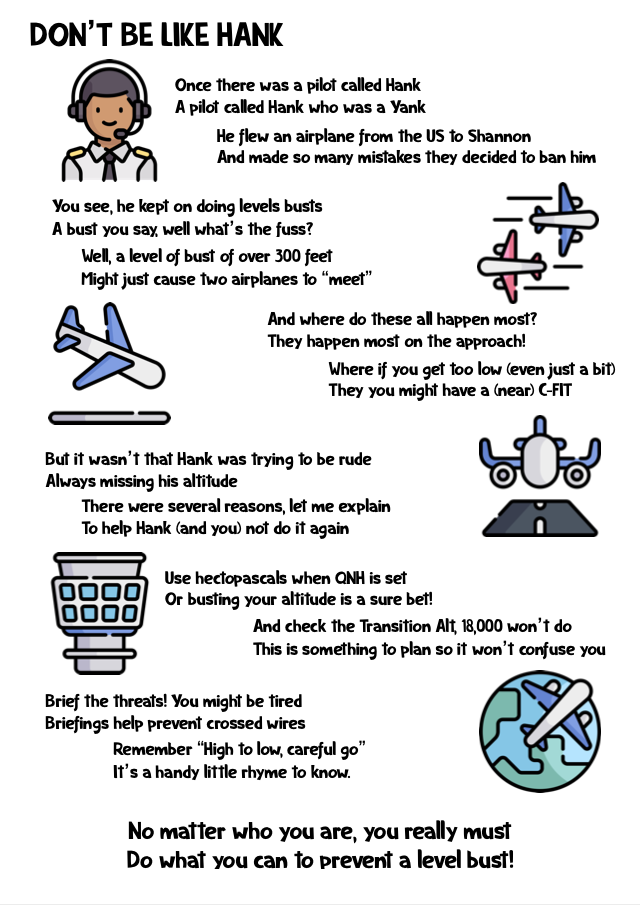 I am not a North American BizJet operator so it doesn’t apply to me?

Well, it could and it’s useful for anyone to think about really. Level busts are an issue all over, and if you operate into any high traffic density spot (London is a particularly good example) then even the most minor of busting can result in a traffic conflict.

Then there is the risk of CFIT – controlled flight into terrain. Busting downwards in areas with high terrain could lead to this. In fact, most CFITs occur during the approach and landing phase.

300 feet is your limit. Anything beyond that and you’ve got a bust on your hands.

EINN/Shannon is a US Customs and Border pre-clearance airport, and it is in a handy spot on the west coast of Ireland making it perfect for aircraft with slightly less range to hop between the US and Europe. So it gets a higher number of BizJets from the US. In fact, 30% of their flights are North American BizJets (out of 25,000 or so flights a year).

So why does Shannon see so many?

Well, in all fairness, there are some things that make it more complicated if you’re used to flying in the US.

Shannon, like most of Europe, uses hPa instead of inches of mercury, and this can lead to “mis-setting” on the QNH. Like we saw with poor Hank (based on an actual true story) – this is probably the most common cause of level busts in Shannon.

Then there is the transition altitude. Unlike the US and their nice standard always 18,000ft, Shannon uses 5000ft which can lead to a late (or early) change to and from local QNH. Chuck in some weather and particularly non-ISA one and there’s your problem.

And of course, folk heading in from a long North Atlantic night flight might be tired, unfamiliar, or just not planning it very well.

So what can pilots do to avoid level busts? 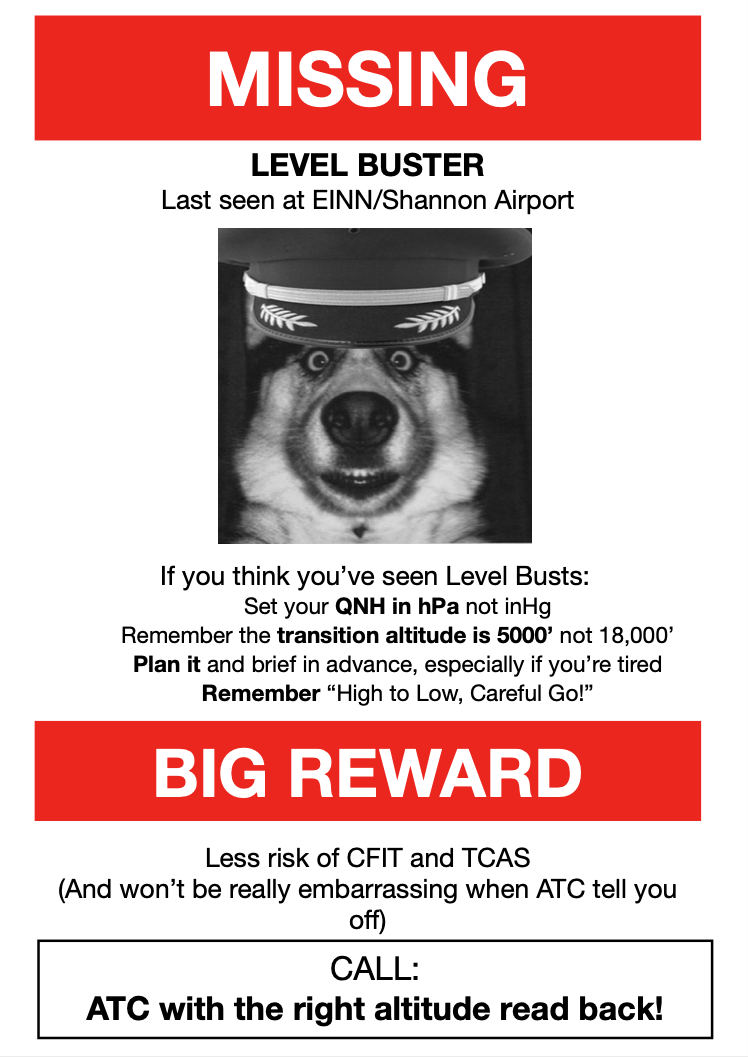 Stick this in your ops room to remind folk.