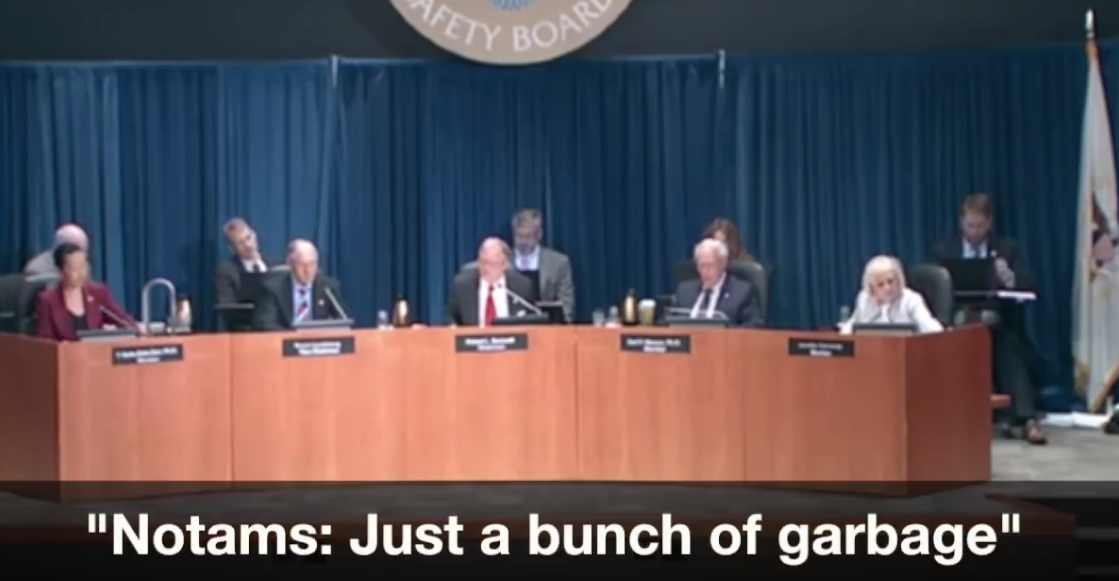 NTSB: Current NOTAM system is “just a bunch of garbage”

NTSB: Current NOTAM system is “just a bunch of garbage”


You were all very supportive when we wrote the initial article on the BS Notam problem last year, and have followed our journey in fixing the problem since then.

The NTSB called the Notam System a bunch of garbage on Tuesday this week, and assigned probable cause of the AC759 incident in SFO to the Notams that were missed.

What this means to OpsGroup is massive fuel to our fire: we are working hard to fix this problem, and having a public facing government organisation like the NTSB come down like a ton of bricks on the Notam System drives us forward in leaps and bounds.

The group members have been decisive in helping us to identify the problem and taking action to fix this. So, we want to acknowledge all of you! Great work! 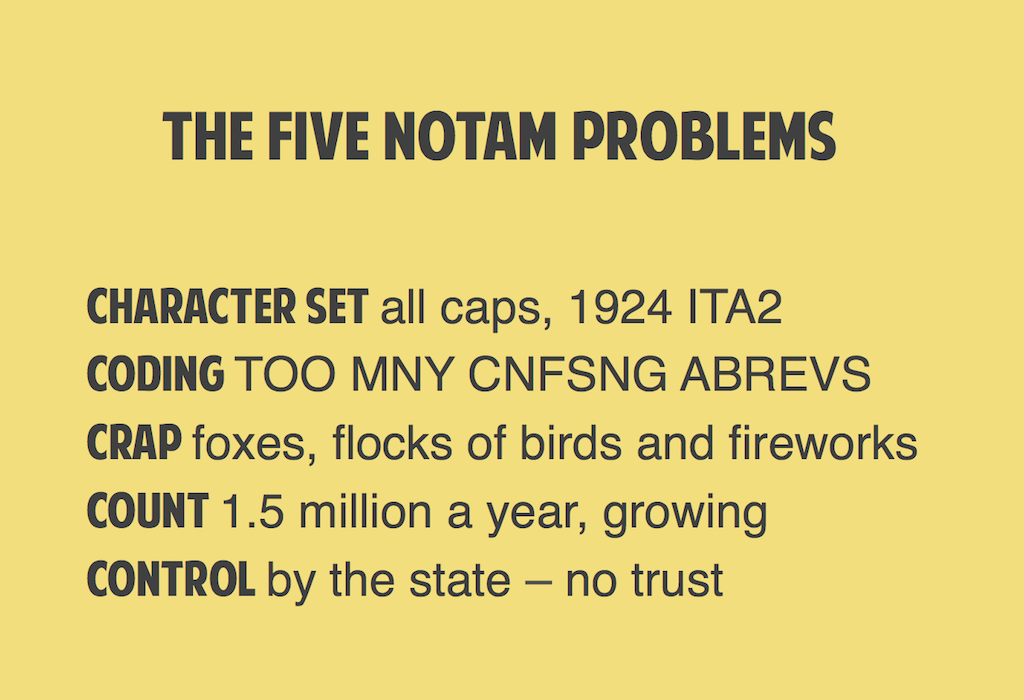 In solving two of the above five problems, we have been working with ICAO for several months now. You all got involved in Norm, and 17,000 Notams later, we happy to report that version 0.1 of Norm is now live on the ICAO website. Norm is a bot – an AI, that has learned what Notams look like, and thanks to OpsGroup rating these 17,000 Notams, is also learning which ones are critical and which ones are not.

He’s still young. He doesn’t get everything, but if you feed him a Notam you’ll see him assign it a criticality of 1-5.

This will in turn allow us to sort Notams, putting the most important stuff first. 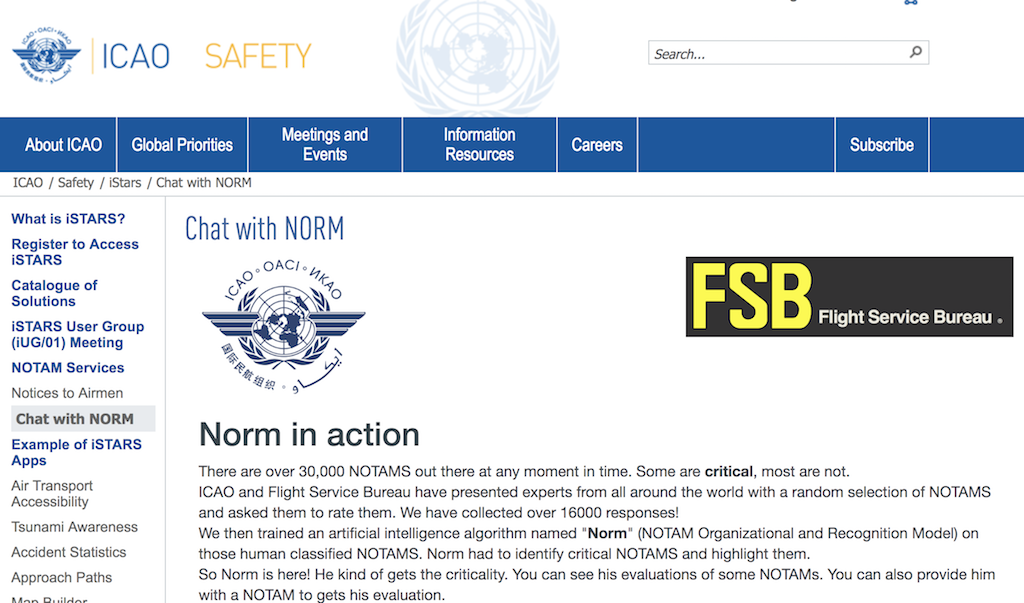