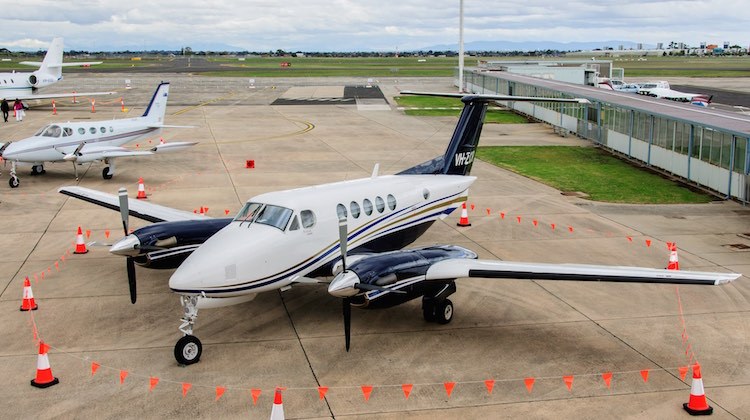 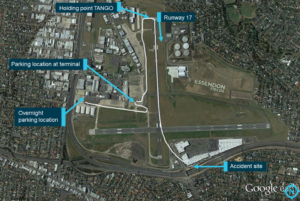 The pilot at the controls of a Beechcraft B200 Super King Air that crashed shortly after take off had the aircrafts rudder trim in the full left position for take off, the Australian Transport Safety Bureau (ATSB) has found.

The ATSB final report said the aircraft’s track began diverging to the left of the runway centre line before rotation and the divergence increased as the flight progressed.

It then entered a shallow climb followed by a “substantial left sideslip with minimal roll” before beginning to descend. At this point the pilot issued a mayday call seven times in rapid succession. 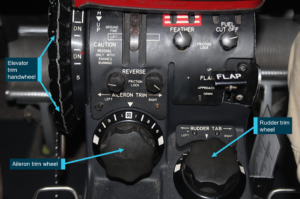 The investigation found that the pilot did not detect that the aircraft’s rudder trim was in the full nose-left position prior to takeoff.

“Prior to takeoff, there were several opportunities in the pre-flight inspection and before takeoff checklists for the pilot to set and confirm the position of the rudder trim,” the ATSB final report said.

A King Air flight simulator was used to recreate the event as part of the ATSB investigation.

The pilot who performed the flight simulator test commented that:

The yaw on take-off was manageable but at the limit of any normal control input. Should have rejected the take-off. After take-off the aircraft was manageable but challenging up to about 140 knots at which time because of aerodynamic flow around the rudder it became uncontrollable. Your leg will give out and then you will lose control. It would take an exceptional human to fly the aircraft for any length of time in this condition. The exercise was repeated 3 times with the same result each time. Bear in mind I had knowledge of the event before performing the take-offs.

The pilot also stated that it could be possible for a pilot to misinterpret the yaw as being caused by an engine power loss rather than from a mis-set rudder trim.

Cockpit checklists are an essential tool for overcoming limitations with pilot memory, and ensuring that action items are completed in sequence and without omission. The improper or non-use of checklists has been cited as a factor in some aircraft accidents. Research has shown that this may occur for varying reasons and that experienced pilots are not immune to checklist errors.

This accident highlights the critical importance of appropriately actioning and completing checklists.

In previous correspondence between the accident pilot and the ATSB when discussing checklists, the pilot stated that:

“You don’t get complacent as a pilot but you get into a routine. The same as your pre-take-off checks, you get a routine and you don’t need to use a checklist because you are doing it every day, you are flying it every day… I take-off with one stage of flap because it gets me of the ground quicker. And I never change my routine…”

Wait what!??? It is stating the obvious but it’s a timely reminder that checklists are an essential defense against pilot errors.

Sadly, it could have been a life-saver in this instance.

The ATSB video to supplement the report.