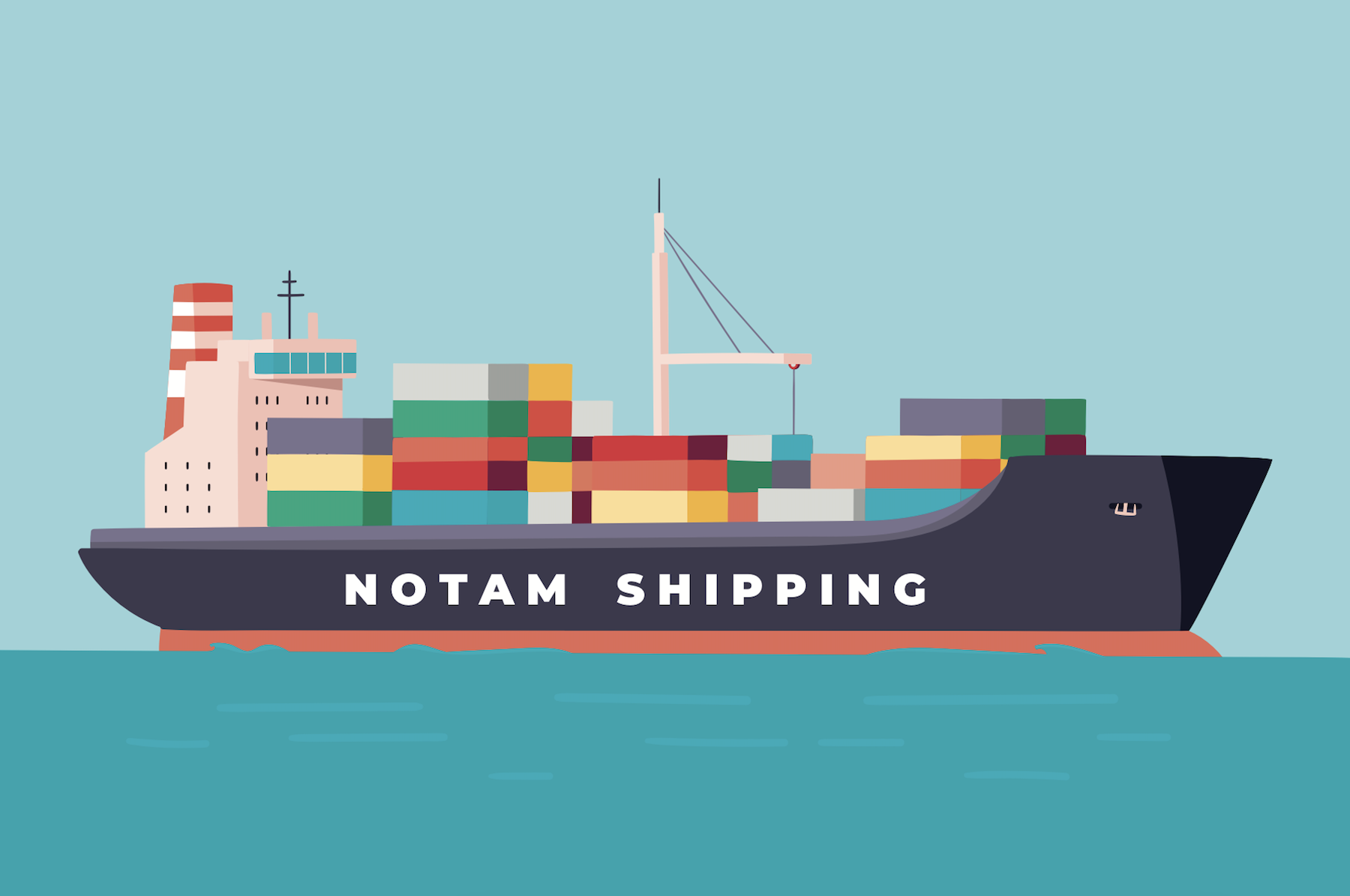 
After a hiatus of a year or so, we’re back working on NOTAMs. In 2021 we ran a campaign with ICAO (and IFALPA, and IFAIMA) to improve NOTAMs. We focused on “Old” NOTAMs, ones that sit in the system for no good reason, sometimes for as long as 20 years. They are mostly gone – including the Albanian NOTAM about the Y2K problem.

That’s good, but the NOTAM problem isn’t fixed. Rob, below, summed it up nice and simply last week.

So, let’s continue the work. Why do we have a system that makes it extremely easy to miss critical items? And how do we fix it? Let’s visualize the problem.

Imagine you’re the pilot of a Boeing 787 about to sit down at a briefing table to review NOTAMs for your flight from Copenhagen to Bangkok today. You will get a folder containing a printout of NOTAMs for your route. Here they come. 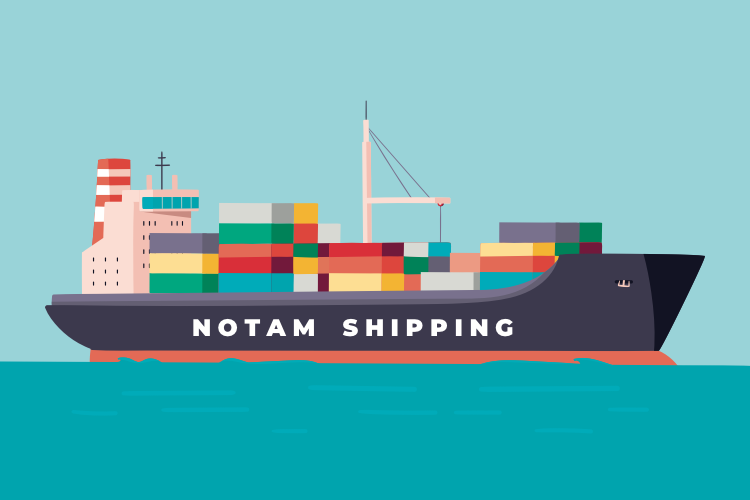 Each container is a NOTAM. Unlike actual containers on actual ships, there is no manifest. We don’t know what’s in the container until we open it and take a look. That means that we can’t automatically sort them out beforehand, and we can’t put them in any order of importance. Therefore, the pilot gets a random list of NOTAMs, and it’s up to them to make sense of it.

If you only had six NOTAMs to take a look at, no big deal. You’ll spot that the airport is closed today. But we usually have somewhere between 100 and 1,000. The result? A system that makes it extremely easy to miss critical information.

This is a simplified version of the problem, but not by much.

Question, then: How do we improve the NOTAM system so we can sort and filter them?

Let’s get a technical for a moment, since we’re going to need some smart people that understand the system architecture. Here are some basics that are important.

What’s in the NOTAM container?

Let’s get back to the yard, and lower down one NOTAM container and take a look. 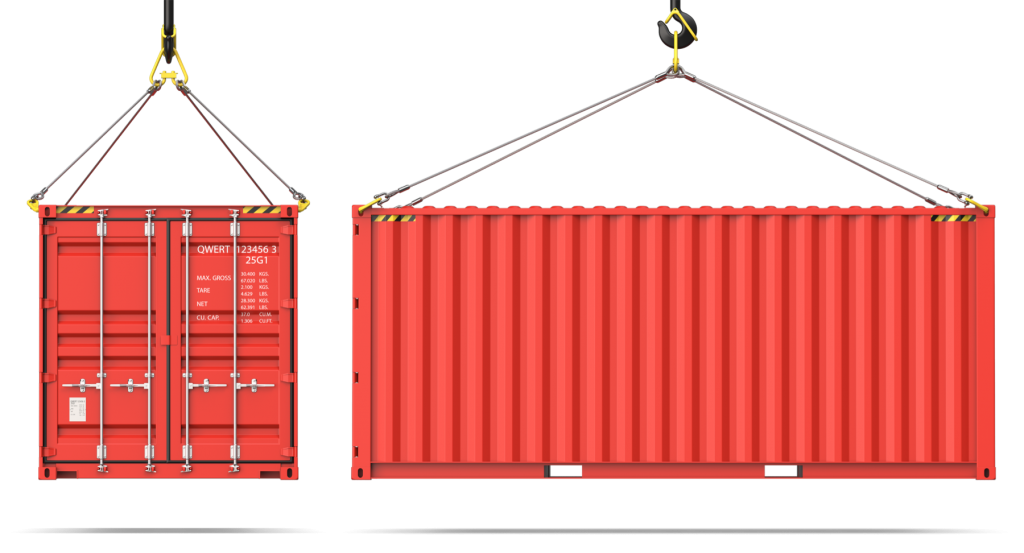 We know it came in on the NOTAM ship so it relates in some way to our route today, but we don’t know what’s in it. Therefore, we can’t sort it or filter it out. It just joins all the other NOTAMs that we load up into the pilot’s briefing, and leave it to them to make sense of.

But if the shipper (the originating NOTAM Office) puts a label on it saying “BIRDS“, then we immediately know what to do with it. 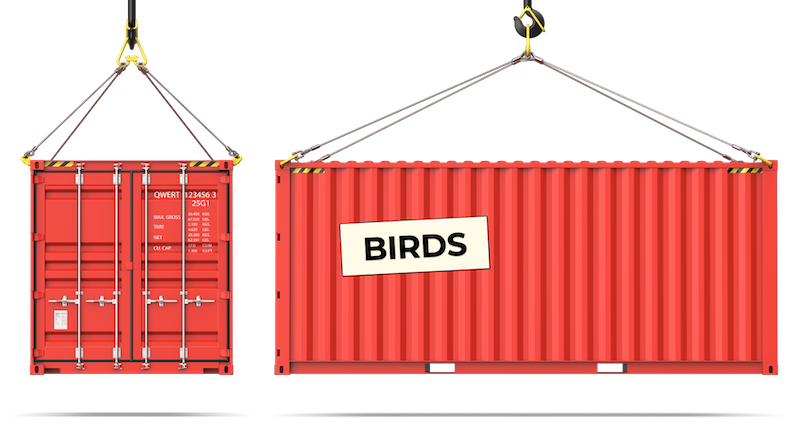 Pretty quickly we can start organizing the containers. Each operator can figure out the order they want to put them in, and which ones to leave at the back of the yard. 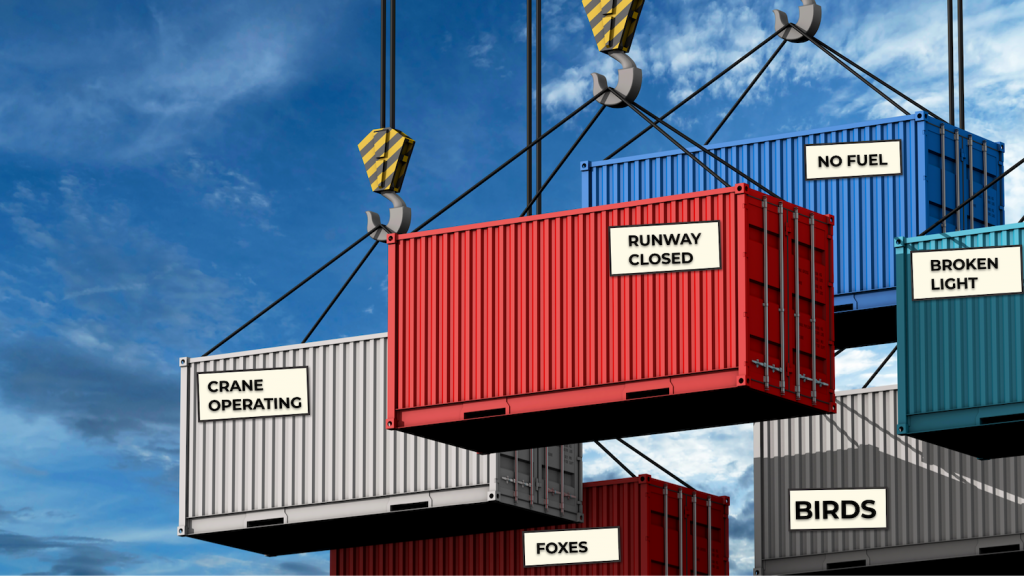 By knowing what the NOTAM is about, in advance, we can set up some basic processing rules. Each aircraft operator is different: Airlines don’t care about broken obstacle lights 5 miles from the airport, but a Police helicopter does. Perhaps someone cares about birds, most pilots don’t. It doesn’t matter; let the operator decide for themselves how important each label is, and what order to put them in (or discard).

Sounds easy, but is it?

In a huge list of NOTAMs, the ability to sort and filter them is the key to making them manageable. If they are sorted and filtered, then it’s unlikely a pilot will miss the big ones. Back to what Rob said (⬆️) –  the problem is that it’s extremely easy to miss critical items, and that’s what we want to change.

We have some limitations:

That’s where the work begins. We don’t have all the answers, and we need some smart NOTAM-folk to help. It’s not the intention here to present a vague solution and say “This is it” – this article is intended to generate some critical thought and discussion on what the “Big Fix” looks like. Labelling them in some way seems the way to go, but we’re not sure.

There’s nothing like saying “NOTAMs, what do you think?” to generate a slew of pilot complaints, jokes (some great memes after the January outage!), and things that need to be fixed. We’ve been working on this here for a couple of years, but efforts to fix the b*rds date back almost 60 years. With that in mind, addressing the most common talking points may help.

We want to hear from you! Write to us at team@fixingnotams.org. We can only solve this as a community group, and we’re working on a few events to get people together for some discussion. We’ll set up a few group chats on Zoom to get the discussion started and some ideas flowing.

Ultimately, the plan is to start funnelling some ideas along the pipeline until we reach one that really seems to work, and take that to the organizations that can implement it. So, it’s up to you. Want to get involved? You’re awesome! Please reach out to us.