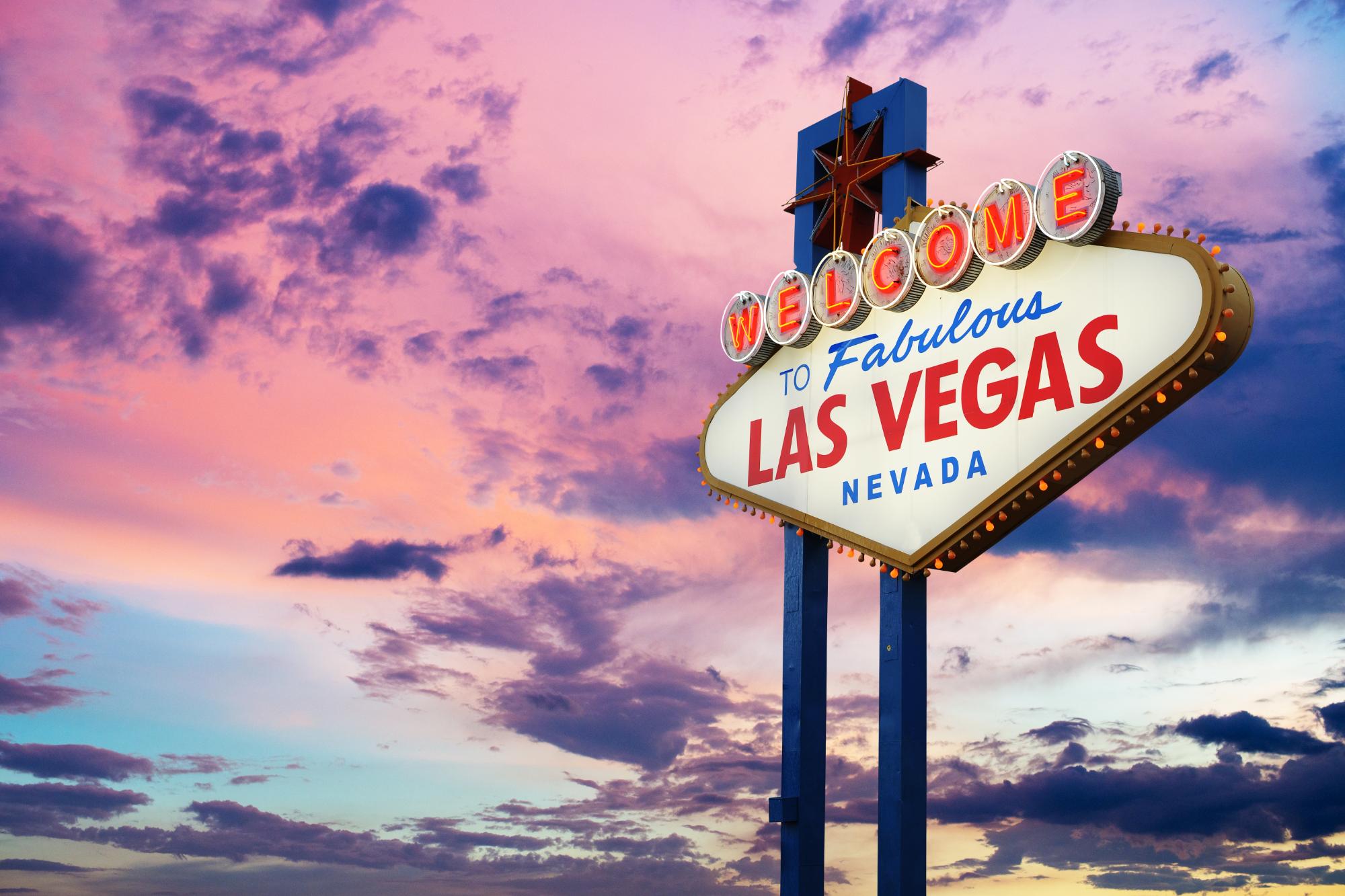 The NBAA Business Aviation Convention & Exhibition (‘BACE’ for those in the know) is happening at KHND/Henderson Executive airport from Oct 12-14, and things are going to get busy. 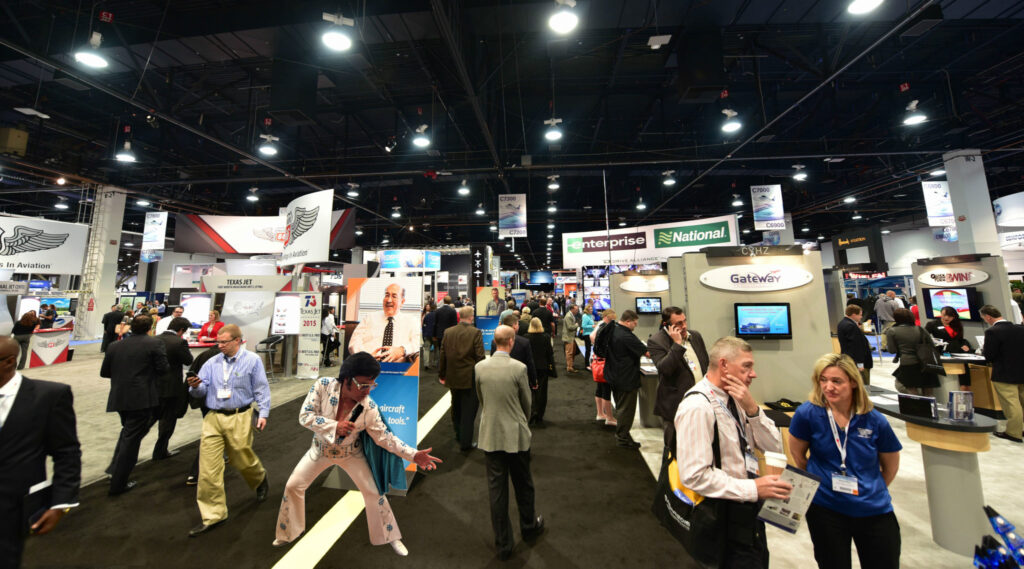 To keep the traffic flowing, the FAA has published special airspace procedures you’ll need to know about. They will apply from 14z on Oct 8 until 06z on Oct 14.

Here’s how they work.

Watch how you file.

For starters if you’re within 100nm of Las Vegas don’t try to pick up an IFR clearance once airborne.

In fact, they want all flight plans bound for any of the three major airports filed at least 12 hours in advance (but no more than 22). Any requests to change destinations between the airports once wheels up will be denied.

There may also be other methods that ATC use to put the brakes on the flow. This may include the use of ‘expect departure clearance times’ – IFR flights bound for Vegas will need to depart within five minutes of them. And of course, don’t rule out the chance of dreaded ground holds.

To keep track of these delays, the FAA NASS website is the best place to start. 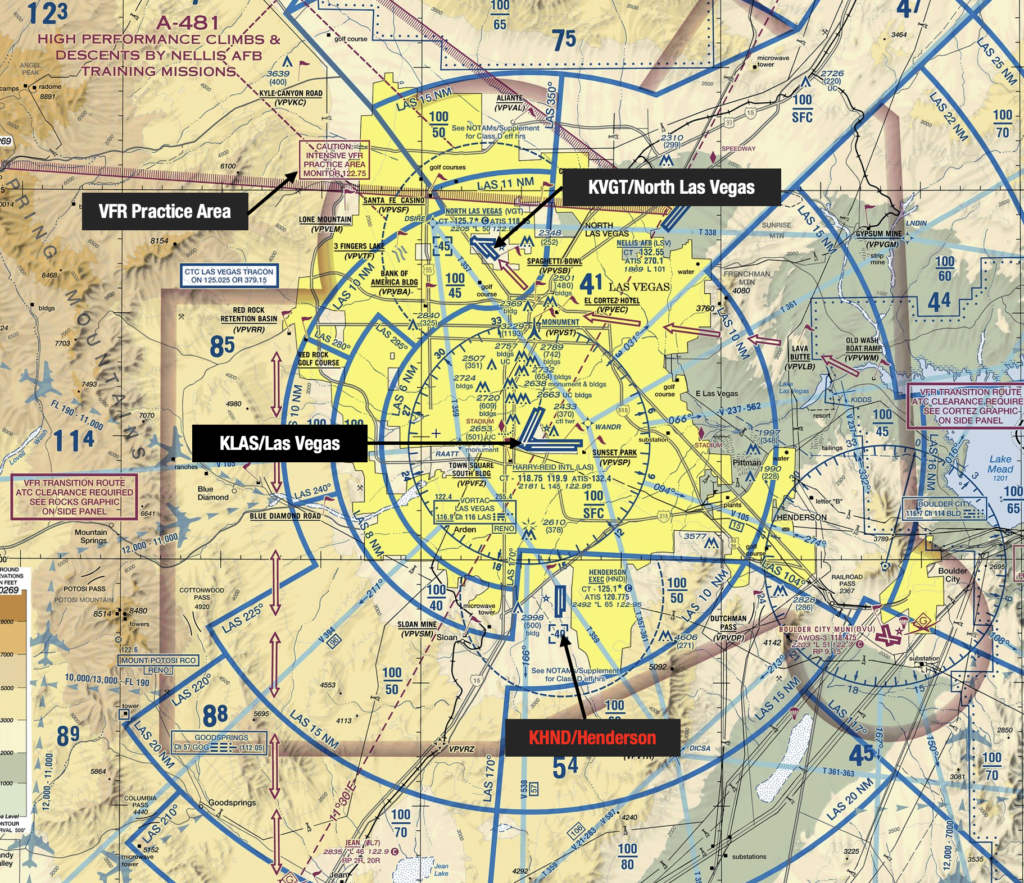 Terminal area in Vegas – KHND/Henderson where the event is happening is south of the city.

Here’s what the FAA have to say about it…

You’ll need to fly one of three RNAV arrivals. From the NW, the GAMES ONE. From the NE, the BOEGY ONE. And anything from the south, the NTNDO ONE.

Once you’ve landed, they want you off quickly. Take the first available exit. Stay on tower until they tell you to change ground.

Then there’s parking. You probably would like to stop your airplane at some stage after landing? Good plan, but you’ll need a reservation for that. Get in touch with the HND FBO on (702) 261 – 4800 or you can do it online here. But don’t show up unannounced – there’s a $1,000 fine, and the house always wins. 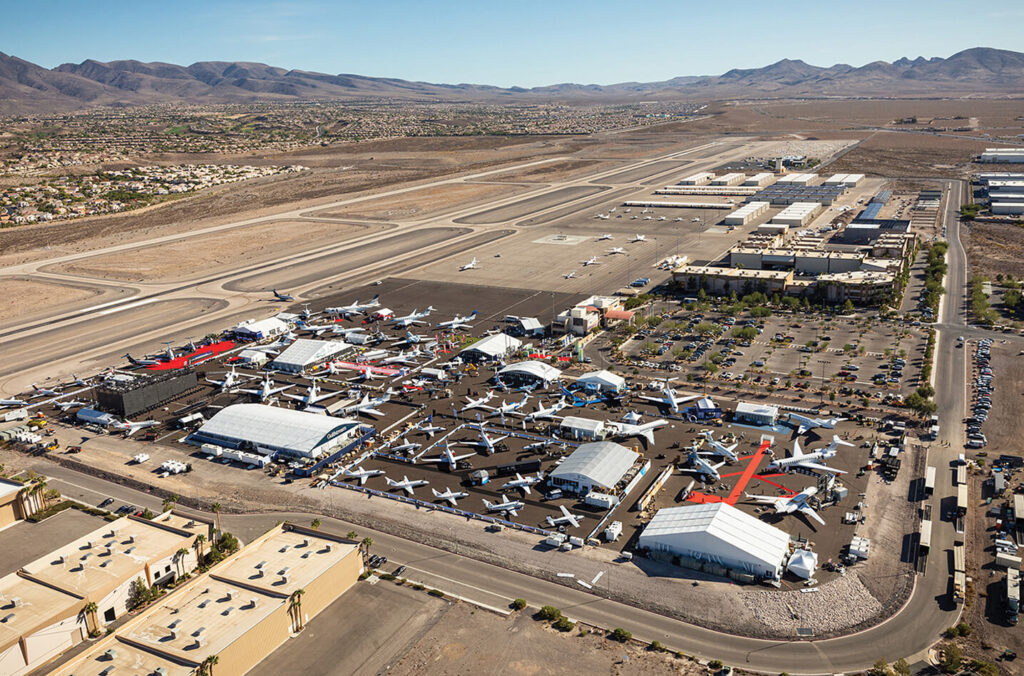 You need to reserve your parking spot at Henderson – don’t arrive without one as fines apply!

Don’t try and jump the queue. They don’t want you to ask for taxi until you have an IFR clearance and are clear to enter a taxiway from the ramp.

Showing off a ride at the show?

If you’re exhibiting, there’s a lengthy set of rules you’ll need to follow. You can access those here.

There are also special procedures for demonstration flights. Issues with airspace make these tricky for ATC who may not be familiar with the profiles of demo flights. Be sure to let Las Vegas TRACON know if you need anything special in advance, and they’ll do their best to help. You can contact them on (752) 600 7011.

Planning to go IFR? You’ll need TRACON’s approval on the same number. Your call sign will be ‘DEMO’ followed by the last three characters of the aircraft reg.

There will only be two routes available:

What about if you want to go VFR?

Yep, that’s okay too. You’ll need to use the practice area to the northwest of KVGT. Listen out on 122.75, and let others know where you are and what you’re doing. Click here for the Las Vegas VFR chart.

Keep an eye on NOTAMs

Other procedures may be published before the event.

If we’ve missed something, we’d love to hear from you. Get in touch with the OPSGROUP team on team@ops.group.