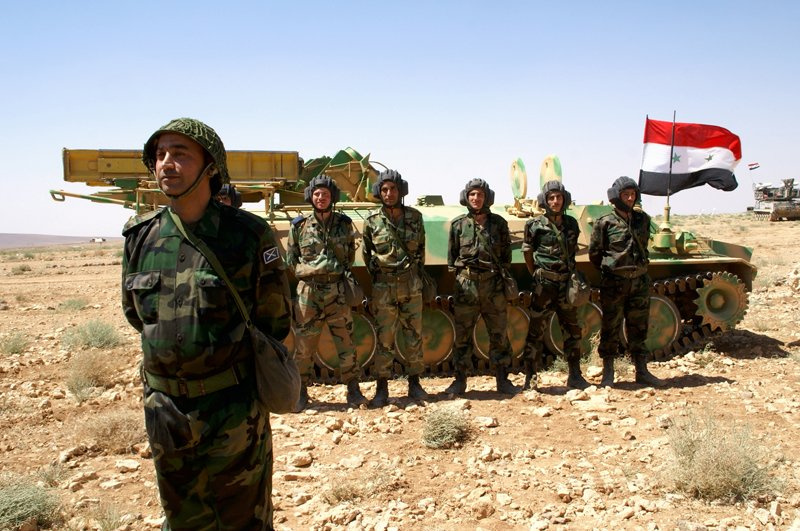 US updates its Syria airspace warning

US updates its Syria airspace warning


Following the US, UK and French airstrikes on Syria on April 14, the US FAA say there is now a risk posed to civil aviation within 200 nautical miles of the country due to increased military activity, GPS and comms interference, and the potential for more long range surface-to-air missiles in the area.

In the updated US FAA conflict zone Notam and Background Information for Syria, US civil aviation continues to be prohibited from operating within Syrian airspace, but has also now been instructed to “exercise caution” when operating within 200 nautical miles of Syria’s OSTT/Damascus FIR.

As they say in the Background Information doc, here’s why this updated guidance has been published:

“Heightened military activity associated with the Syrian conflict has the potential to spill over into the adjacent airspace managed by neighboring states and eastern portions of the Mediterranean Sea. Military operations may result in the risk of GPS interference, communications jamming, and errant long-range SAMs straying into adjacent airspace within 200 nautical miles of the Damascus Flight Information Region (OSTT FIR). These activities may inadvertently pose hazards to U.S. civil aviation transiting the region. This concern stems from the Syrian military response to previous airstrikes on 10 February 2018, which included Syrian forces launching long-range SAMs. Some of the Syrian SAMs flew into adjacent airspace and landed in Lebanon and Jordan, according to media reporting. GPS interference and communications jamming in the region may also occur associated with the military activity. Some U.S. air carriers have reported GPS interference in portions of the eastern Mediterranean Sea in the period following the 10 February airstrikes, and the interference may have originated from the Damascus Flight Information Region (OSTT FIR) as a defensive response.”

The US FAA haven’t provided a map to show where boundary would lie for 200 nautical miles from the border of Syrian airspace, but we think it would look something like this: 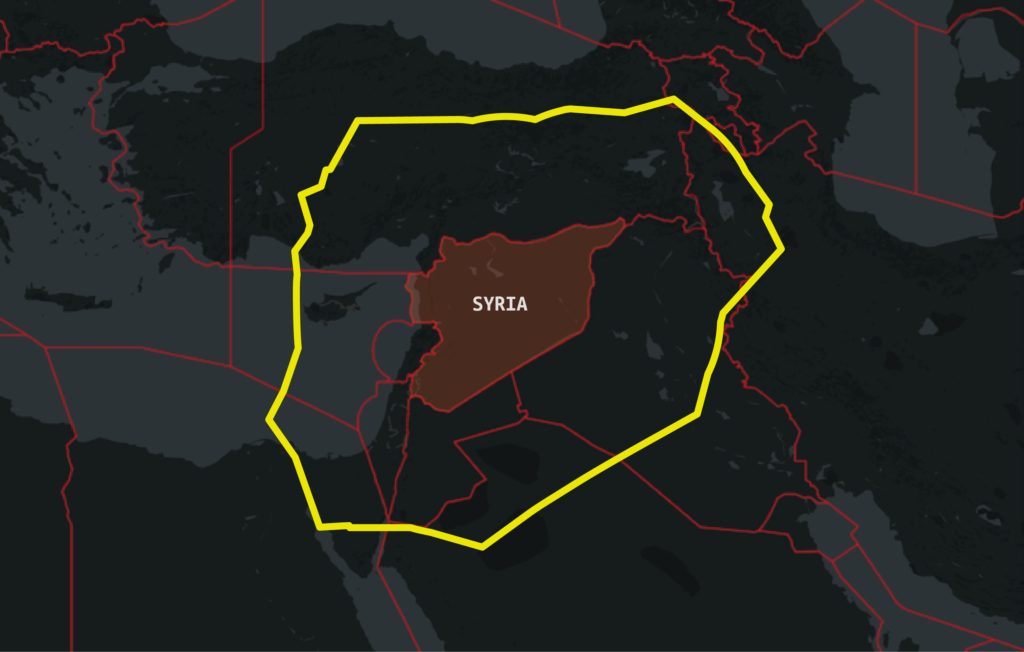 The 200 nautical mile zone would include the entire airspace of Lebanon, Jordan and Israel; half of Turkey and Iraq; and a portion of airspace over the LCCC/Nicosia FIR that covers the whole island of Cyprus!

The area may seem vast, but the possibility of further US, UK and French strikes against Syrian targets does still exist, as well as the Syrian military using surface-to-air missiles in response to any attacks.

During the airstrikes on April 14, the Syrian military reportedly used Russian-made missile systems to attempt to counter the strikes – these included missiles which have the capability to engage aircraft at altitudes well above FL900 and at ranges of around 190 miles.

While there is likely no intention to target civil aircraft, with all the missile defence activity going on in Syria and the spillover into neighbouring countries there still remains a risk of misidentification – and that’s what the 200 nautical mile warning seeks to address. 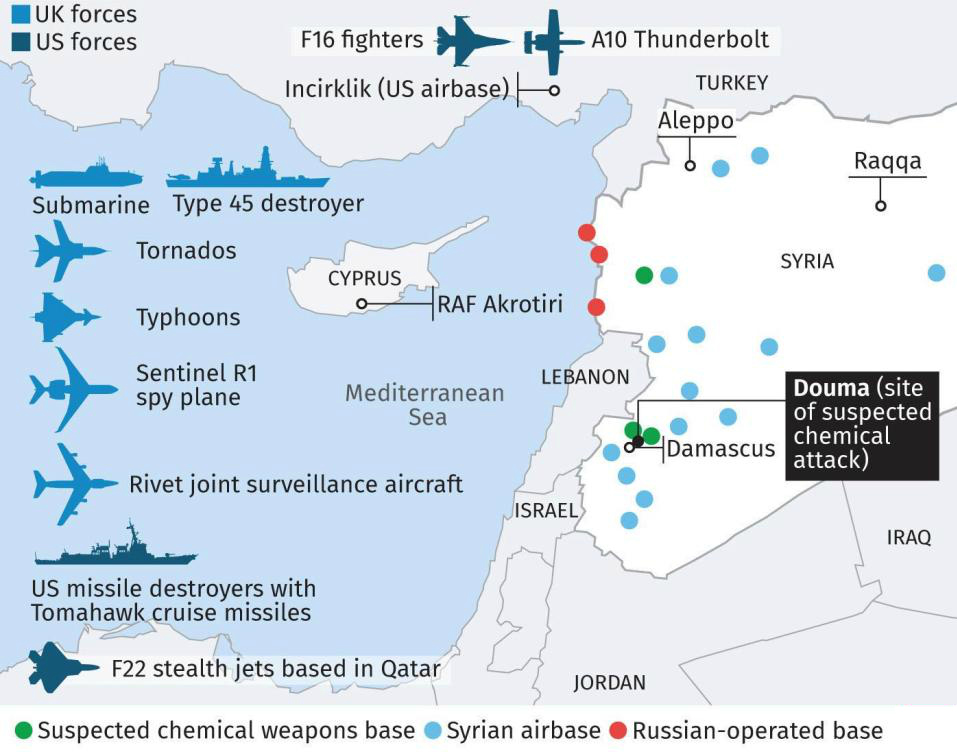 Amidst continued heavy military air presence in the region, almost all airlines are now avoiding Syrian airspace entirely. Lebanon’s Beirut based MEA has now also re-routed all of their flights to avoid Syrian Airspace (was using it post recent attacks). Only local operators Fly Damas, Charm Wing Airlines, Syrian Air and Iran’s Mahan Air continue to use the airspace.

Here’s what the Pentagon had to say about the airstrikes on April 14: 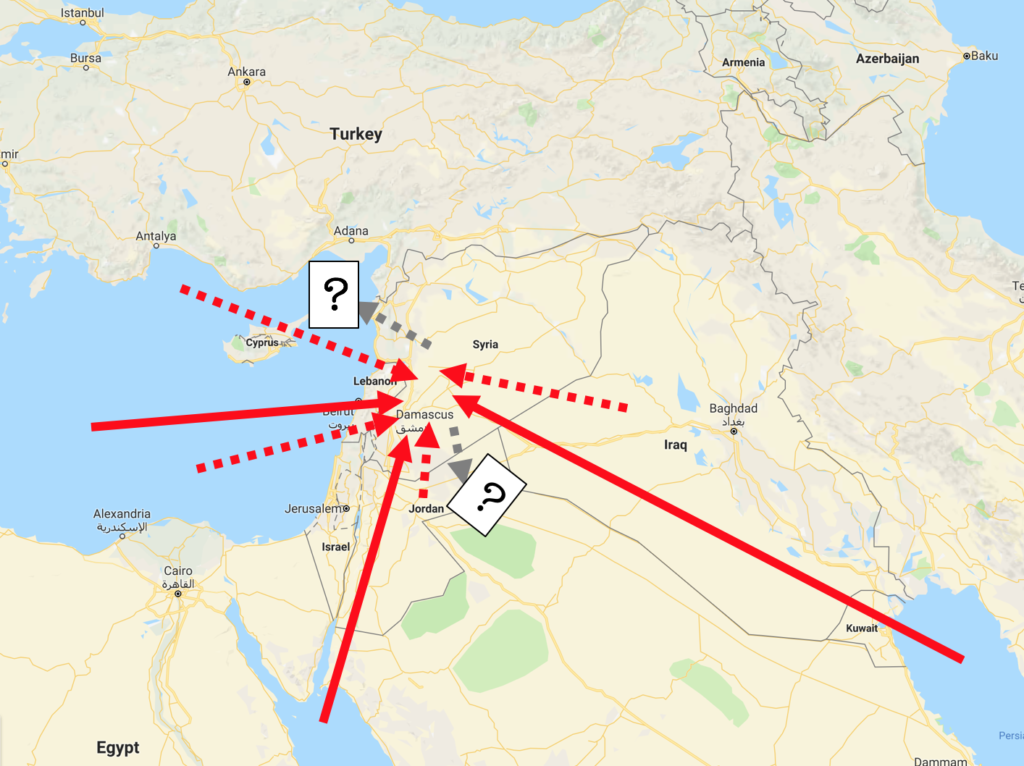 105 missiles launched from multiple locations in the region.

Over 40 Syrian surface to air missiles fired “at nothing”.

THE DEPARTMENT OF CIVIL AVIATION OF THE REPUBLIC OF CYPRUS IS CONTINUOUSLY MONITORING THE GEOPOLITICAL DEVELOPMENTS IN THE REGION AND WILL NOTIFY THE AVIATION COMMUNITY IF AND WHEN ANY RELEVANT AN RELIABLE INFORMATION IS AVAILABLE THE DEPARTMENT OF CIVIL AVIATION IS TAKING ALL APPROPRIATE ACTION TO SAFEGUARD THE SAFETY OF FLIGHTS. 12 APR 15:25 2018 UNTIL 12 JUL 15:00 2018 ESTIMATED. CREATED: 12 APR 15:26 2018

If you have anything to share that we’ve missed, please tell us by email bulletin@fsbureau.org