It’s time to stock up on chicken wings – Super Bowl LVII is just around the corner.

This year, kick-off will be in Glendale, Arizona on February 12.

Airports within the area will be extremely busy – not just in Arizona, but across the state line in Nevada too.

The FAA are onto it, and have published their safety plan for the event. If you’re flying into (or near) the game, here’s what you need to know.

A ramp reservation program is already open (including for drop-and-goes) for airports in the Phoenix area from Feb 8 – 14, along with those in Las Vegas. Essentially, you have to reserve a parking spot in advance during this period.

This includes the following airports:

Who to talk to for your reservation

Talk to your FBO (sooner rather than later). They are the ones with the slot allocations and will be able to keep you updated on any changes nearer the time. No FBO? You can also get in touch with the airport authority directly. 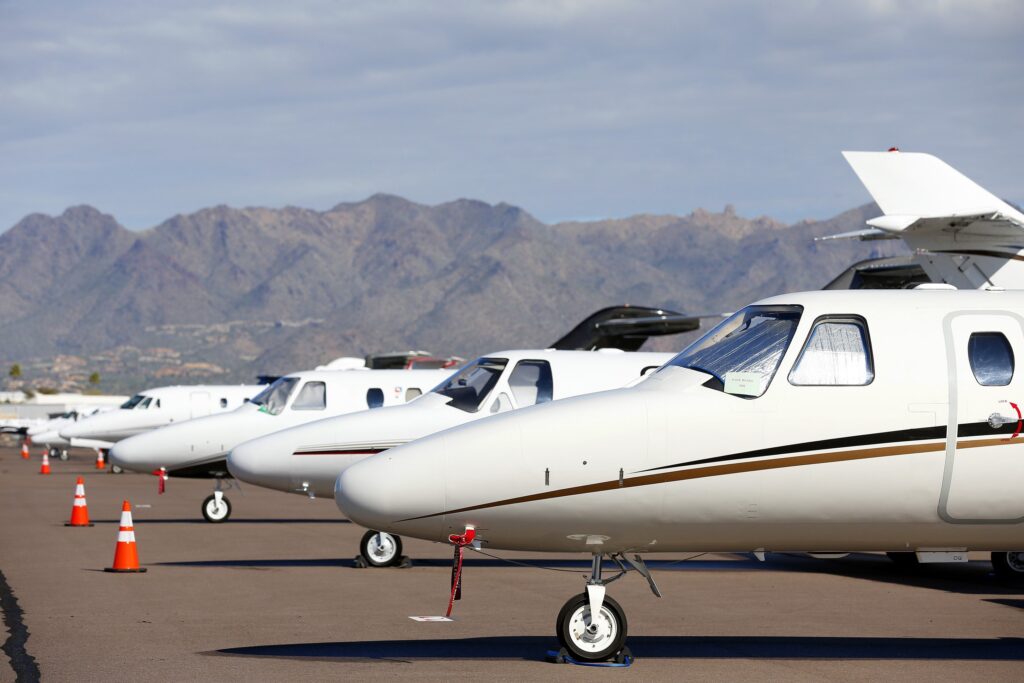 If previous Super Bowls are to go by, parking will be a major issue.

There will be Special Air Traffic Procedures

Your best defence will be to avoid arriving and departing at peak periods.

A head’s up that it can also be extremely busy for departures on game day well into the wee small hours of the morning too. Last year over one hundred and fifty jets had already left the LA Basin area within five hours of the game ending.

Also beware that ATC will not allow aircraft to pick up IFR clearances airborne, or change destinations within 200nm of Phoenix Terminal airspace.

Two TFRs will be established on February 12, centred around State Farm Stadium in Glendale, approx. 7nm northwest of downtown Phoenix.

Those details will be published via the FDC Notams, usually 3-5 days before kick-off. But you can expect standard stuff – a very restrictive 10nm inner ring, and a less restrictive one out to 30nm.

There should be minor impact for IFR aircraft but expect additional communication requirements and discrete transponder operations. 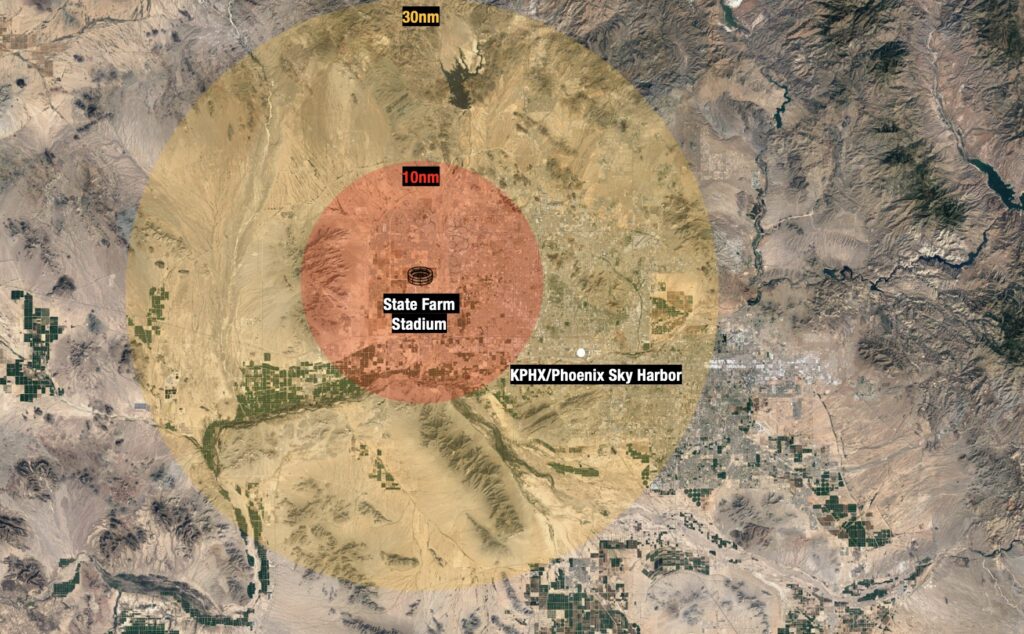 You can expect two TFR rings centered around State Farm Stadium – don’t use this to navigate though, the real deal won’t be published by the FAA until a few days prior.

Getting in and out

There are preferred routes for all IFR turbojet aircraft arriving and departing the Phoenix area from 17z Feb 10 until 23z Feb 12. You can view those here.

The FAA has also summarised tower hours for major airports near the event, many of which will be extended.

For real time info on delays, airport status and other flow related issues, the FAA NASS website is the place to check.

Other stuff to think about

Consider your alternates. Options are going to be limited and restricted because of the high traffic levels. Unless you have a bona fide emergency, you’ll need to plan ahead.

Gas Up. With all the traffic management programs in place, there could be lengthy delays. Consider extra holding and taxi fuel.

Check your documents. Make sure you have everything you need onboard, including crew licences, medicals, aircraft docs and confirmation of all reservations and confirmations. Increased security measures may involve ramp checks, searches, or other TSA requirements.

It’s just not Super Bowl weekend without wings. Looking for the best ones in Phoenix? This article may help.