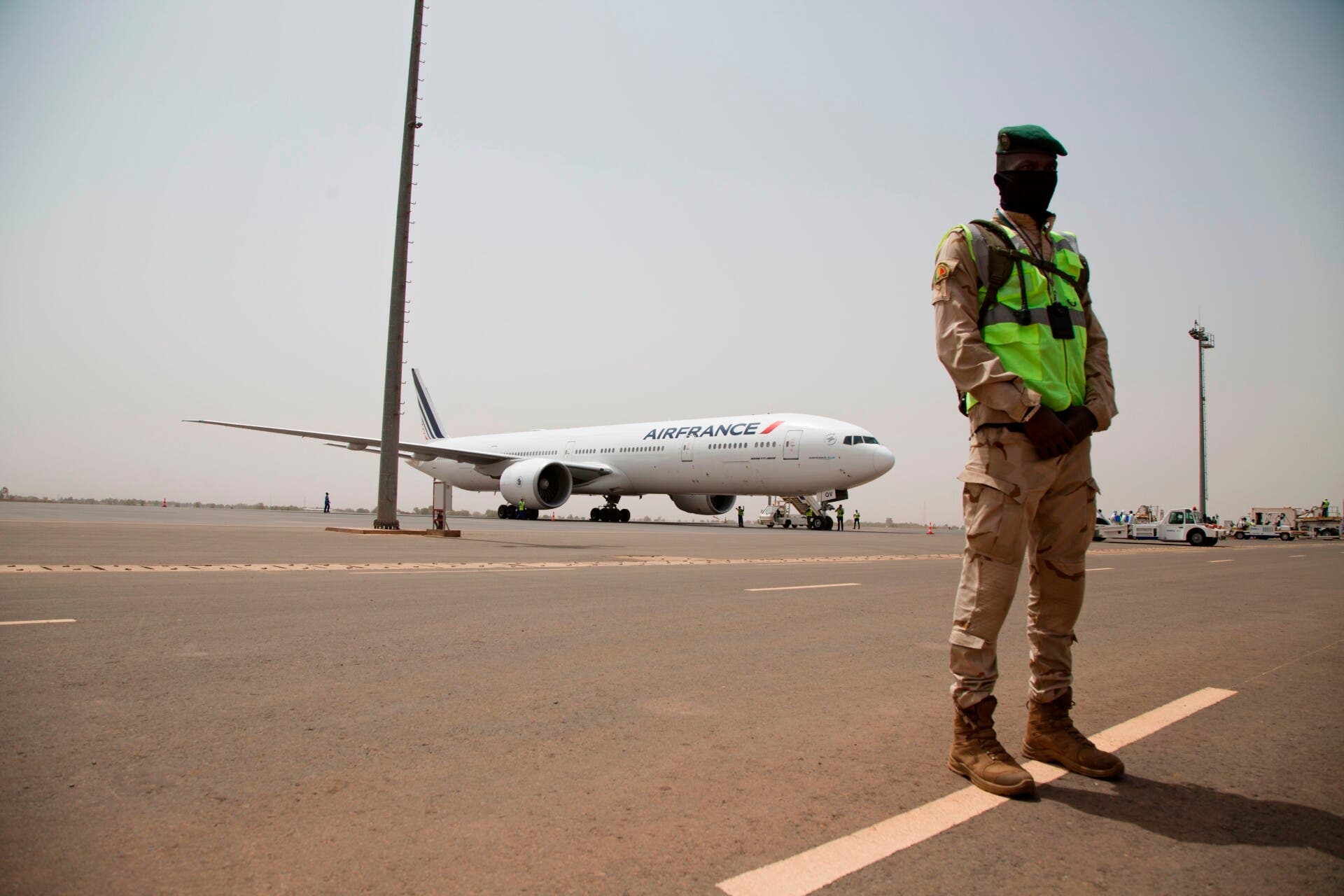 ECOWAS (14 of Mali’s neighbour countries) has extended their sanctions against Mali, and in response, Mali’s land and air borders are still closed to traffic routing direct from an airport in ECOWAS to Mali. Although international flights can operate into Mali, and overfly ECOWAS and Mali, permits for Mali are problematic as must be approved by the military and then the CAA.  Mali is relatively high risk due to internal conflict and instability.

Mali underwent a military coup in 2020, and authorities have reneged on an agreement to hold elections in February 2022, delaying them instead to December 2025.

The result is a series of escalating sanctions from Mali’s neighbouring countries which are now impacting aviation in Mali.

What measures have been taken?

The Economic Community of West African States (ECOWAS) – a 15 state regional bloc – have condemned the Malian authority’s actions as an act of “taking the Malian people hostage.”

The result is the suspension of Mali’s membership in ECOWAS and sanctions including the freezing of assets and suspension of non-essential financial transactions. Fuel supplies are still being  permitted via regional borders at this time.

Neighbouring countries have closed both road and air borders with Mali. These closures are so far limited to preventing Mali registered aircraft movements and trade.

Then on Jan 10, Mali closed its own borders in protest. Several airlines have since cancelled flights, citing “security risks”, but have not provided further detail. 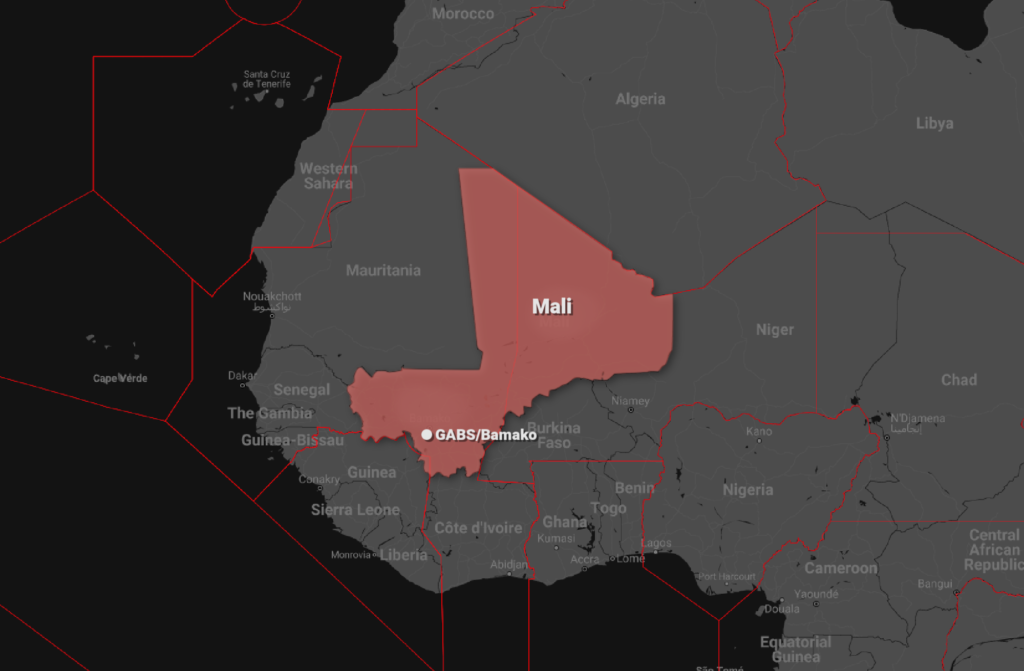 Mali’s and borders do not match the FIR regions for the airspace.

Security and safety in the capital, Bamako, is a high cause for concern and authorities warn against all but essential travel here.

Large scale protests which may escalate to armed conflict are likely in Bamako as political volatility increases. Heightened security and transport disruptions are likely. Safety may be impacted if protests and riots become violent.

What risk warnings are currently in place?

Current warnings in place relate only to the ongoing threat from terrorist and militant activity. We wrote this piece in 2017 which discusses various risks including that posed by ground weapons. These risks remain and full details can also be found on the Safeairspace page.

Several countries have warnings in place advising caution if overflying or operating in Mali airspace below FL260 due to ‘ongoing fighting and extremist/militant activity’. Militants often target UN or Malian forces bases, however these are often based in close proximity to Malian civil airports and so attacks might indiscriminately impact civilian operations as well. 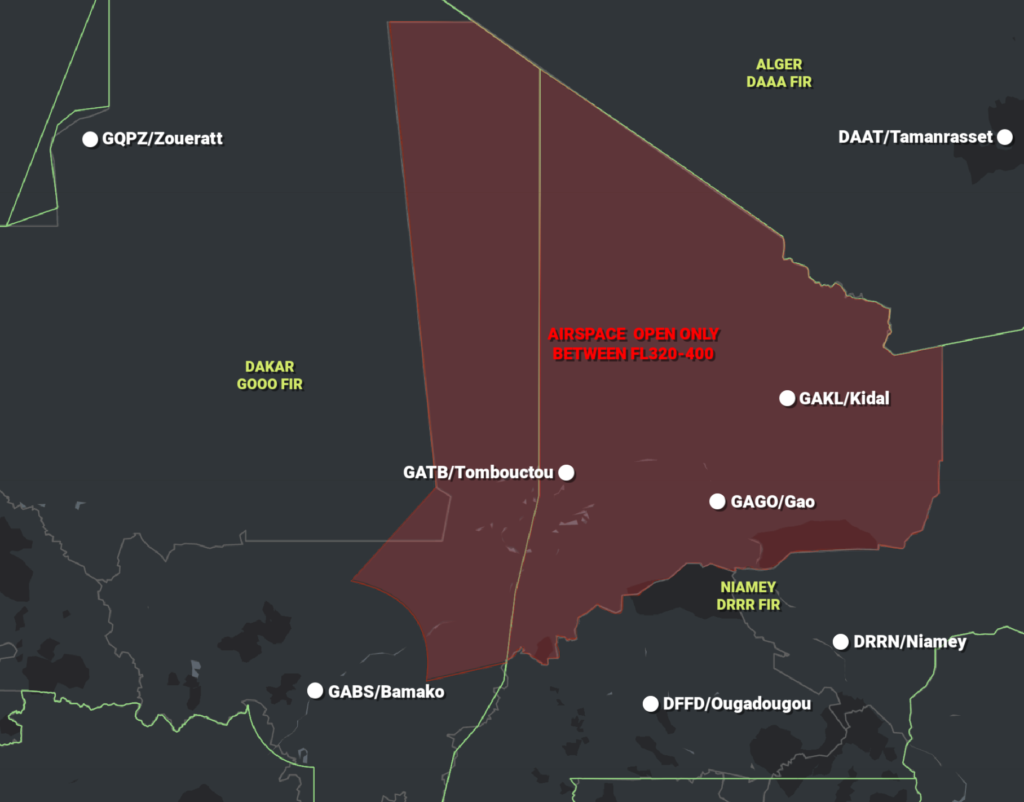 Warnings are in place for the Niamey FIR.

Bamako International airport is a relatively important one due its position on the continent. It is a major alternate for western and southwestern coast airports such as GOOY/Dakar, Senegal. The interior of Africa provides few diversion options so Bamako also serves as a good en-route option.

The Risk to Aviation

The current airspace risk remains the same. The risk to safety and security on the ground may be deteriorating as political and civil conflict escalates, and armed protests and riots occur. Sanctions against the country by the region will likely also lead to more volatility.

For more info on what services are available at GABS/Bamako airport, get in touch with local FBO Aurora Aviation: +971 4 523 5888 / ops@aurora-aviation.aero