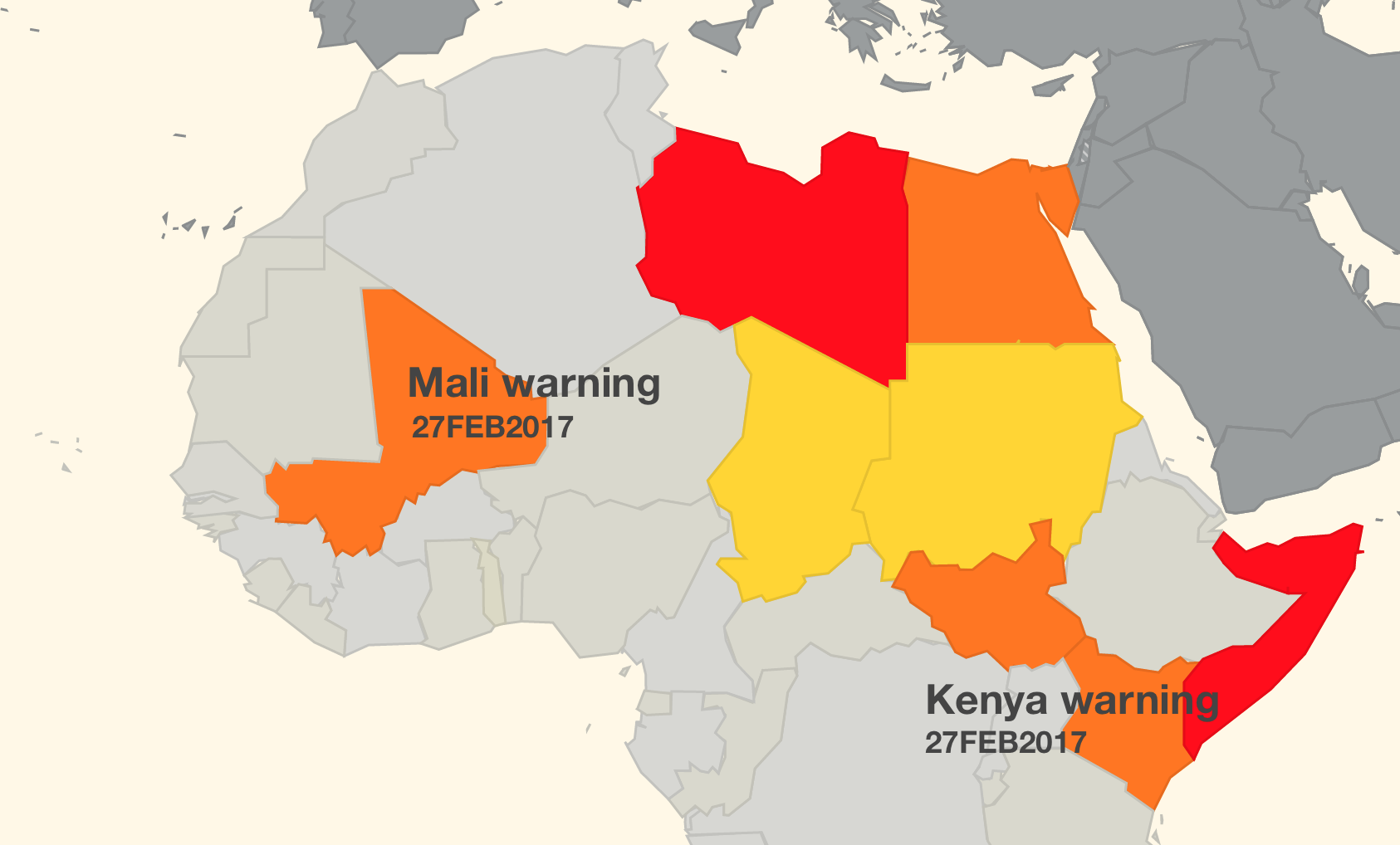 
Feb 27th, 2017: The FAA has issued fresh warnings for Kenyan and Malian airspace, warning US operators of the potential dangers in operating through both the Nairobi and Malian FIR’s.

Published on Feb 26th, the new advice also adds new language with clarification of the type of weapons and phases of flight that the FAA is concerned about, specifically:

The FAA uses the same wording for both Kenya and Mali. Additionally for Mali, the Algerian CAA has concurrently published airspace closures along their southern border due to the conflict, and the FAA’s background notes on the Mali conflict still stand.

The Notams both use FL260 as the minimum safe level, though we would suggest, as usual, that a higher level closer to FL300 is more sensible.

These updates have been notified through SafeAirspace.net, a collaborative and information sharing tool used by airlines, business jet operators, state agencies, military, and private members of  OPSGROUP.

This is the new wording in the latest FAA Notams on Mali and Kenya:

The NOTAMs in full are on our Kenya and Mali pages respectively.