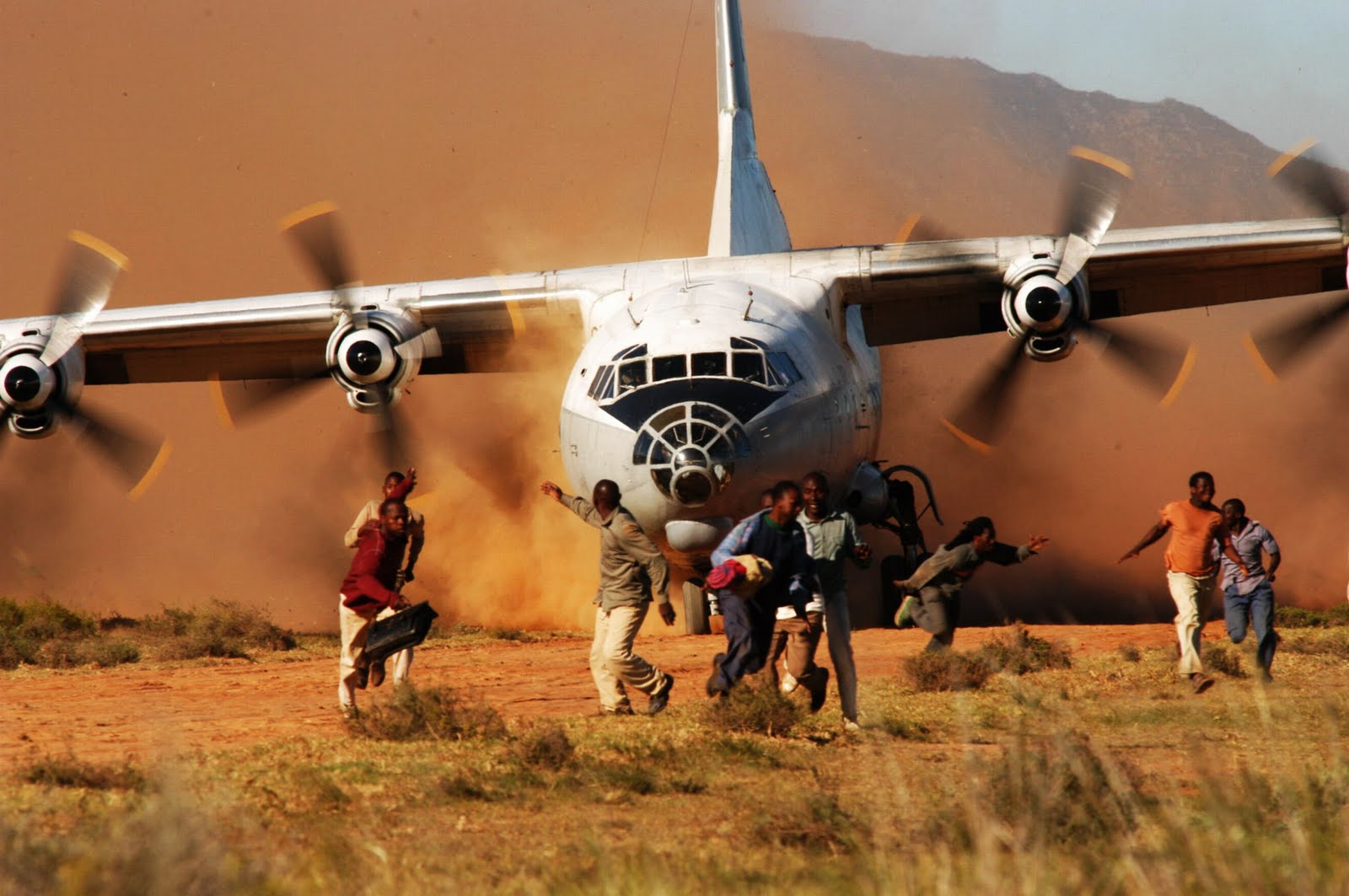 Three of the most recent headlines are:

Tempting to joke that this sound like Miami, or Nice – but these are reviews of FZAA/Kinshasa, in the DRC – rated at 2.5, one of the lowest Airports on Aireport.

One report reads: “Don’t go here unless you like to be robbed by the CAA. I was told I was in big trouble for not having an MEL on a private airplane. 500 USD would [apparently] solve everything”

Continuing: “ATC is terrible, they wanted us to hold right over the airport in the middle of the T’storm we wanted to wait for to pass. I ended up telling him we would hold 15 miles out on the 090 radial. He wasn’t very happy about being over-ruled, but it worked”

And:  “People mill around the airplane looking for fuel drips to collect in their cans. Some guy told me he was a fueling assistant and wanted cash for his kind assistance. The handler is pretty much worthless, he just wants to collect the cash = $2700 USD for a fuel stop in a Falcon 900.”

There are some other horror stories in the database. SVMI/Caracas, Venezuela (“Handler demanded $9000 in Cash“);  VECC/Calcutta (“Immigration was a nightmare“); HEAX/Alexandria (“Handler tried the shakedown“)

There are also plenty of good reports – EGSS/London Stansted is “As easy as it gets in Europe“, EINN/Shannon, Ireland is “Absolutely outstanding“, and NFFN/Nadi, Fiji is given “Quick Turn, Inexpensive Fuel, and Perfect”

NZAA/Auckland, New Zealand stands out as getting consistently good reviews: “Very knowledgeable and helpful staff”, “Air Centre One is superb”, “Flawless from Gordy” … the crew at Air Centre One is clearly keeping their customers very happy. Nice work guys.

For all the ones in between – read for yourself: Aireport.co/reviews. 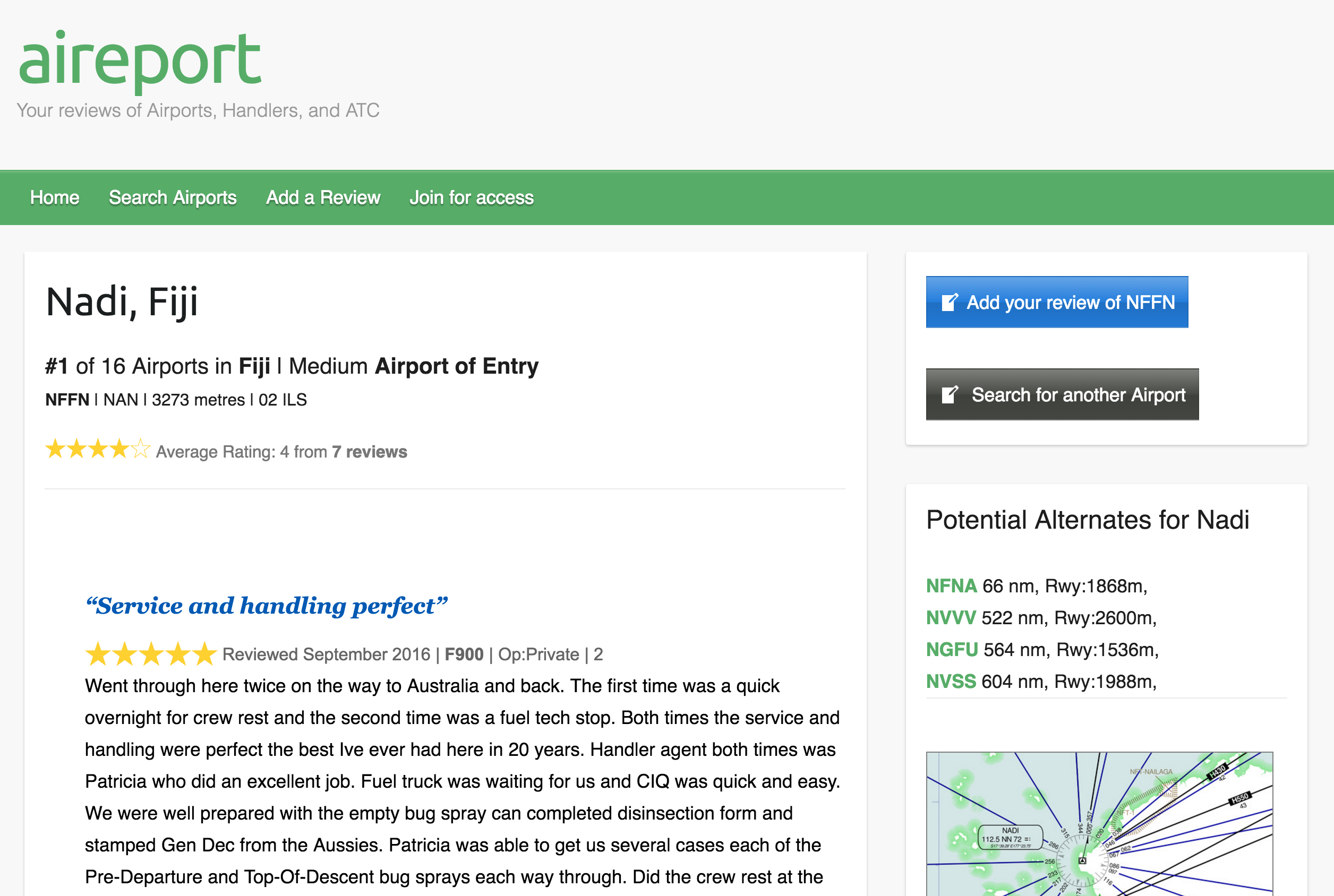 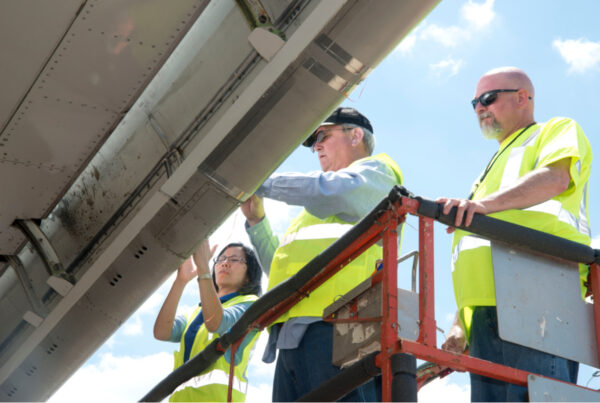