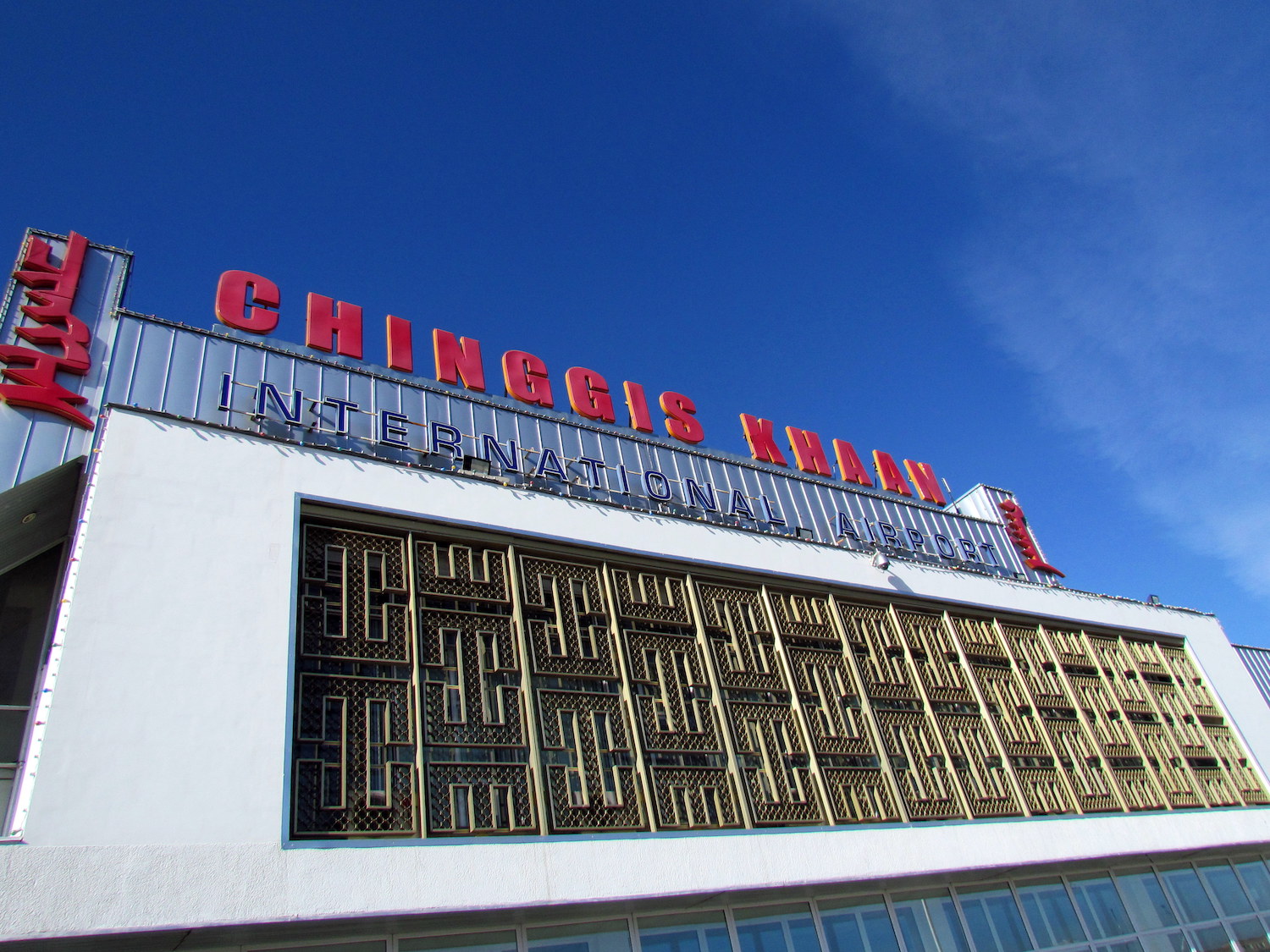 
There is a new airport in Ulaanbatar so we thought we would tell you a bit about it. But then we thought “How many people operate to Ulaanbaatar?” so we figured we’d throw in some information about Mongolia and a history lesson on Genghis Khan too because it’s all quite interesting.

So, Ulaanbaatar is in Mongolia.

Yep, it is the capital in fact. Mongolia itself is a country landlocked between China and Russia.

Mongolia has some tough terrain which means roads and railways aren’t so big there, but aviation has also remained relatively underdeveloped as well. The country only boasted 46 airports (this was back in 2010 so there might be a couple more now). Of these, only 14 were actually paved and the original Ulaanbaatar airport was the only one with a runway over 3047m long.

So aviation in Mongolia is mainly domestic, small traffic moving necessities and cargo from remote regions. Mongolia does have its own Aviation Authority (MCAA) which also oversees the air traffic services in the country.

Do they need another airport?

ZMUB/Buyant-Ukhaa International Airport is the original one, built in 1957, and it sits just 18km away from the capital city. It sees around 18,000 traffic movements a year and about 5,500 tonnes of cargo. That’s just under 1.6 million passengers a year. Beijing sees just over 100 million for comparison.

It isn’t a huge industry, Mongolia is relatively quiet in terms of tourism, and the Mongolian diasporas around the world are fairly limited too. The majority of flights come in from Russia and China, with some South Korean, Hong Kong and Turkish operators also routing there. 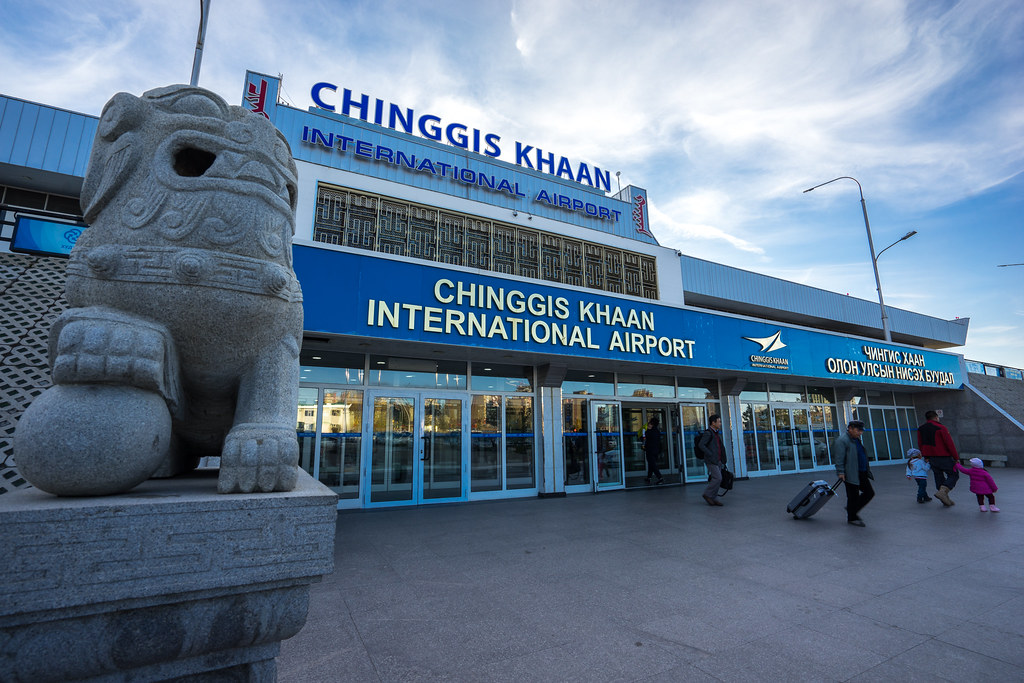 The new terminal will be able to handle double the capacity

*Quick aside: yes, Ghengis Khan was a bit of a mean one. They reckon around 16 million men carry his DNA (that’s 1 in 200!). But aside from his prodigious wife taking, he was also an amazing military strategist who helped unite much of Asia (and not by using religion). In fact, he banned torture, outlawed slavery, and established a universal law across his empire. He also developed what is considered one of the earliest universal writing systems and brought the early version of a postal system to Europe. 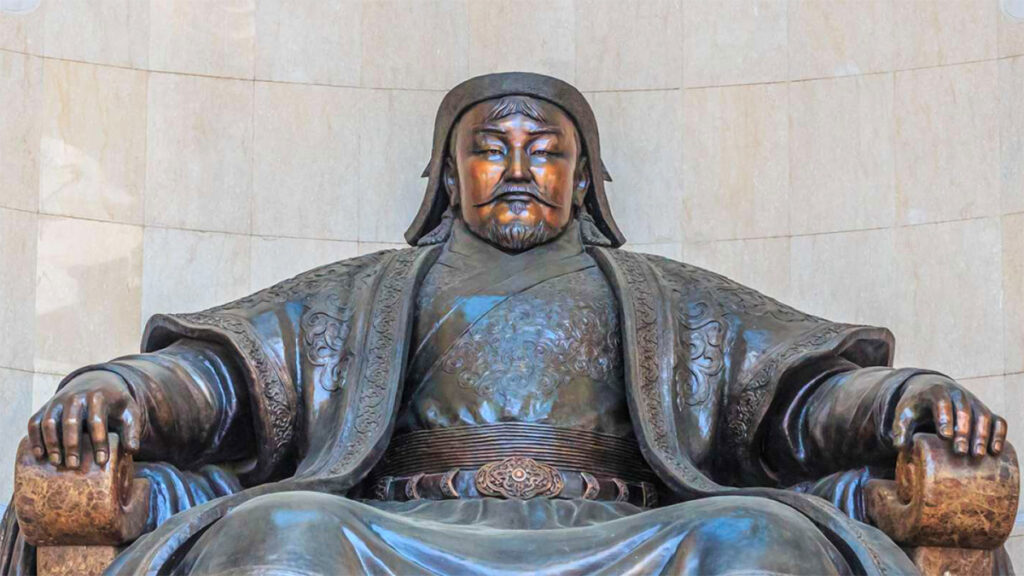 1 in 200 men are distantly related to old Genghis

So Mongolia feel he is worth celebrating with his name on their new airport.

Anyway, this has been built in collaboration between the Mongolian and Japanese government, and it looks good. The airport is 50km south of the main city, so less accessible, but will enable a much greater capacity.

It provides RFF Category 9, operates H24 and has an 11,811 ft (3600m) runway with both ILS CAT I and RNAV capability. A second runway is expected to be added to further improve capability, particularly in poor weather.

As with Ulaanbaatar the old, it also sits at a rather high elevation of 4,485 ft and has some challenging terrain around it with a highest MSA of 9,900 ft. 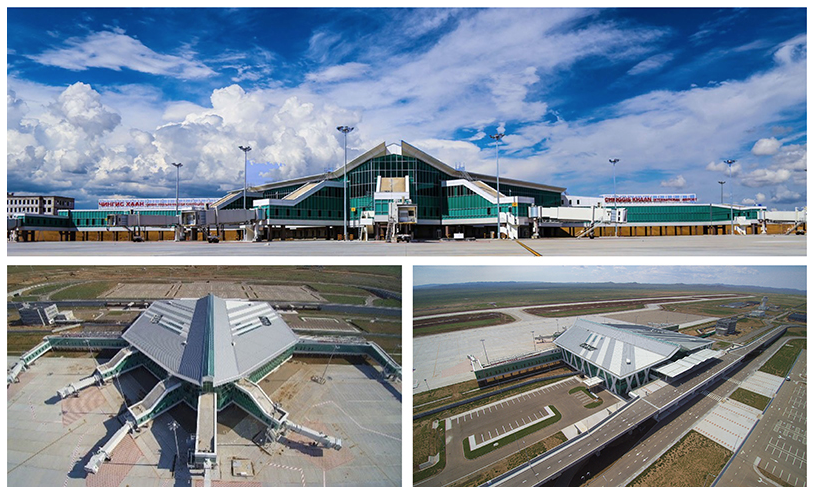 It is easier to use an agent for landing permits and we recommendAlpha One Mongolia on +976 9595 0212 or via email ops@alpha-one.mn

But why fly to Mongolia?

They are also big into their bars – the drink of choice (for Genghis Khan) was fermented milk if you fancy trying it.

So, there you have it. Lots of reasons to visit Mongolia, the top one being they have a shiny new airport for you to fly into.