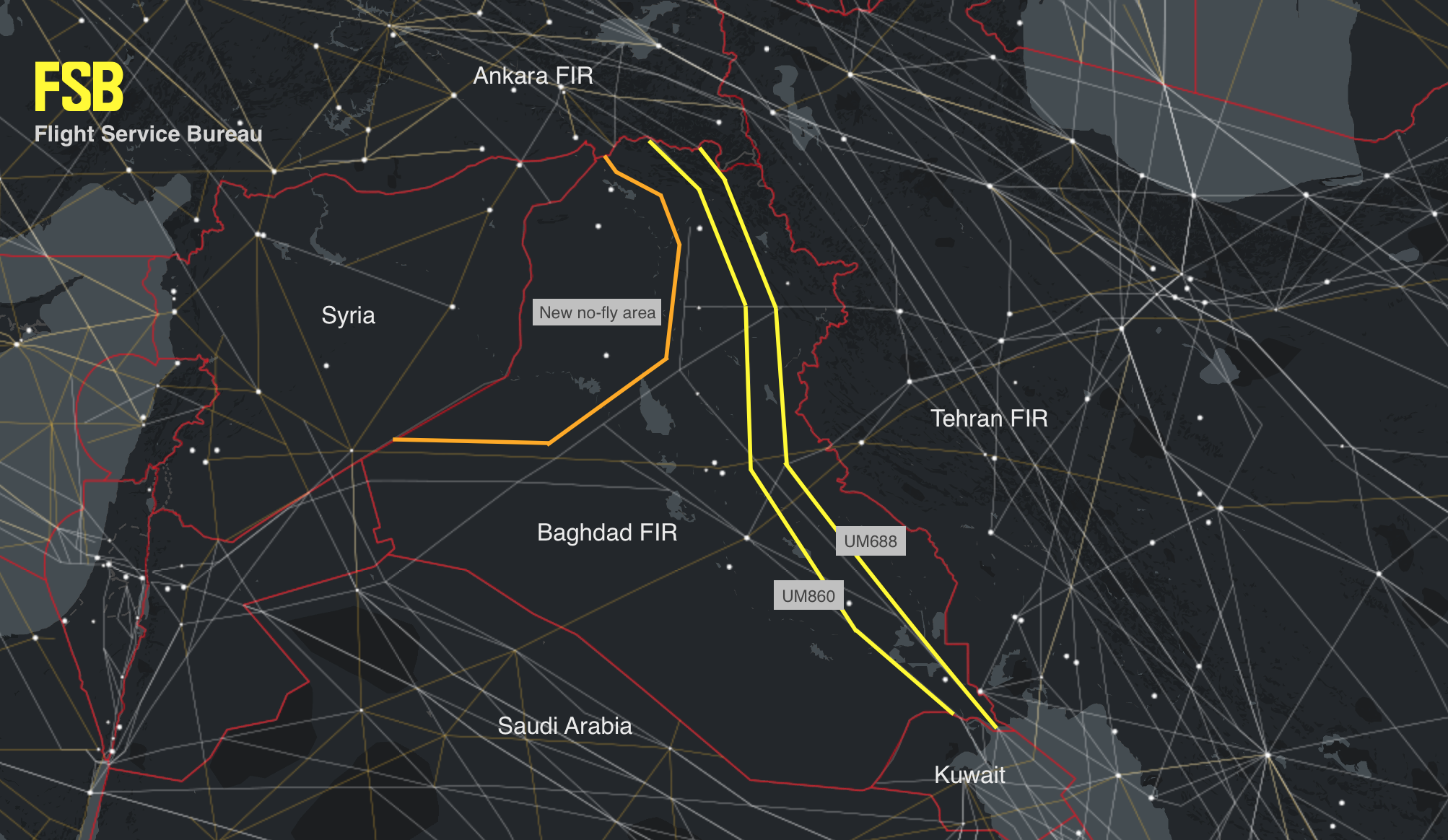 Now the three other big countries that regularly publish airspace safety information—France, Germany and the UK—have followed suit with new advice of their own.

France recommends that overflights should only be on airways UM860 and UM688, and should be at or above FL320.

Germany just say that overflights should be at FL260 or above.

Back in November 2017, several international airlines (Emirates, Turkish) resumed Iraq overflights after their national authorities removed restrictions. With the announcement that Iraqi forces had defeated ISIS and that the country had been fully returned to government control, the airspace risk in Iraq has reduced.

Iraq has published a few of its own Notams with various different areas of closed airspace at lower levels due to ongoing military operations. The only one that affects the higher flight levels is in the north-west, along the border with Syria, where a no-fly area has been introduced from SFC-FL460. 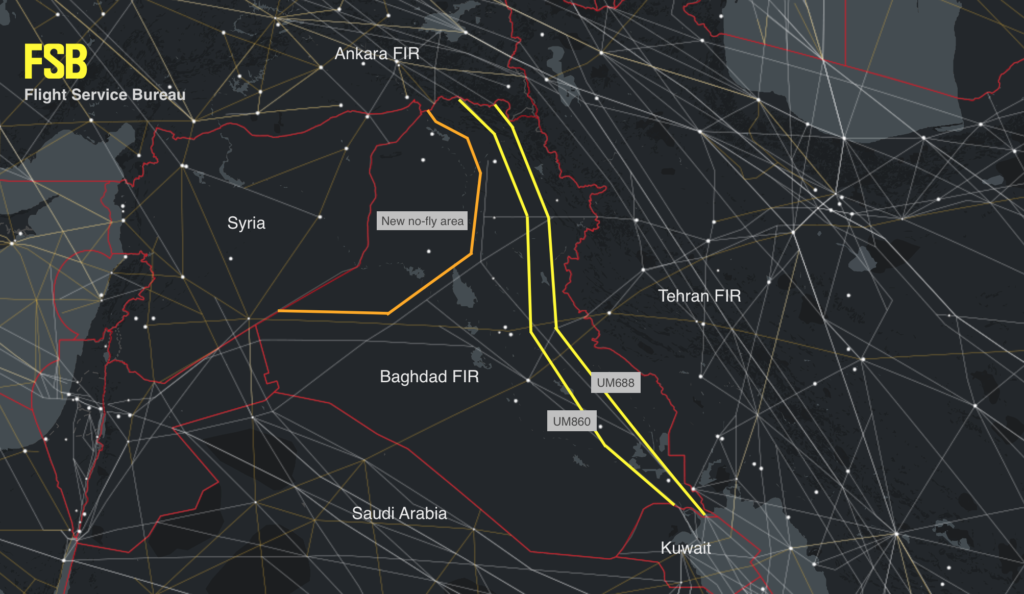 However, airways UM860 and UM688 (the two main routes through the Baghdad FIR) to the east of this zone are unaffected, and now effectively open above FL260.

This means that operators will have shorter routes through the Middle East available once again. Emirates is already reported to be routing around 150 flights a day via Iraq, rather than having to take longer routes via Saudi Arabia or Iran – so expect this bit of airspace to start to get busy again soon.