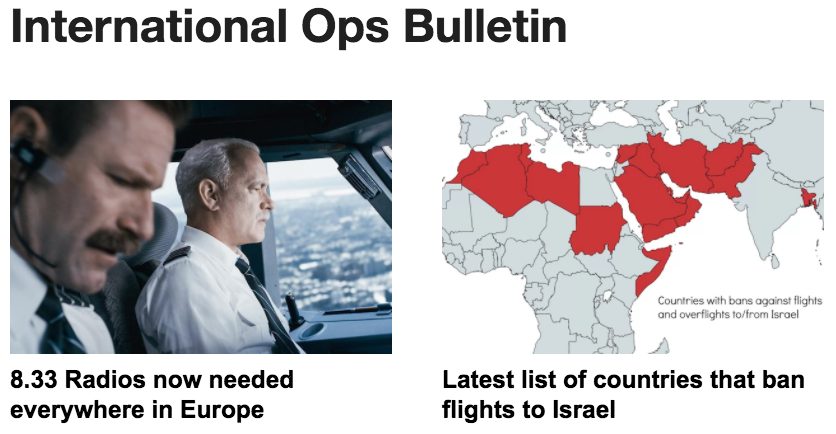 KZZZ/USA A front of arctic air is moving in behind yesterday’s storm on the East Coast, so expect extreme wind chill values as freezing temperatures plummet even lower today. Expect continued disruption from yesterday’s storm: more cancellations and ground stops, with gusting winds and snow across the northeast. KBOS is starting out with one runway and hopes to have a second runway by mid-morning. KLGA single runway operation with no major concerns until the afternoon. KJFK also single runway with secondary expected after 17z. KIAD west runway closed due to diversions from yesterday.

EGKK/Gatwick Slight change to the overnight runway closure times… The main runway (08R/26L) will be closed every night from 2230-0600z until Feb 10. During that time, the northern runway (08L/26R) will be open – the one that normally gets used as a taxiway. There’s no ILS on this runway, so approaches must be DME/RNAV.

HCZZ/Somalia Somalia’s Civil Aviation and Meteorology Authority (SCAMA) regained control of Somali airspace on Dec 28, after 27 years of management by the ICAO regional office in Nairobi. The airspace will now be controlled in Mogadishu as the country has installed new air traffic control facilities at HCMM/Mogadishu Aden Adde airport.

DTZZ/Tunisia The United Arab Emirates has said it will resume flights to Tunisia, following an agreement between the two countries to share security information. Tunisia had previously banned flights from Dubai carrier Emirates to Tunis on Dec 24 after the airline refused to carry Tunisian women. Reports suggest Emirates had intelligence that female jihadists returning from Iraq or Syria might try to use Tunisian passports to stage terrorist attacks.

FMZZ/Madagascar Tropical cyclone ‘Ava’ has strengthened into the equivalent of a Category 1 hurricane off the east coast of Madagascar. It looks set to move slowly south along the coastline over the weekend, bringing heavy rain and gusting winds of over 100kts. The cyclone has already forced the closure of FMMT/Toamasina Airport, which is planning to remain shut until at least 19z on Jan 7. FMMI/Antananarivo Airport is still open and operating for now, though that may change. There is a high risk for major flooding and mudslides across the region.

MHZZ/Honduras Expect daily protests in the capital Tegucigalpa, and other urban areas, to denounce the results of the Nov 2017 presidential elections. The recent wave of protests in Nov and Dec resulted in widespread violence, looting, and roadblocks, particularly in urban areas. Government opposition have warned that civil war is possible if new elections are not held.

OIZZ/Iran Anti-government protests continue across the country, including in the capital Tehran. In some areas, police have used live ammunition to disperse crowds – according to state television, at least 22 people have been killed. Pro-government supporters are now expected to hold a series of rallies in response to the anti-government protests. Expect more gatherings and protests over the coming days, and a heightened police presence in public areas.

VNZZ/Nepal Further protests expected over the coming days in Kathmandu due to recent increases in fuel prices. On Jan 1, the state-owned oil monopoly hiked fuel prices for the third time within a month.

VVZZ/Vietnam Storm ‘Bolaven’ weakened into a tropical depression as it made landfall in Vietnam today just north of VVCR/Cam Ranh airport. Gusting winds are not expected to get any higher than around 30kts now, and the storm should dissipate over the next 48hrs.

SBFN/Fernando de Noronha The airport will be closed overnight for runway repair from 02-08z until Feb 17, then from 03-09z until Sep 9. The airport is on an island off Brazil’s northeastern coastline, and is a popular ETOPS alternate for South Atlantic crossings.

EHAM/Amsterdam KLM cabin crew based at EHAM are planning a 24hr strike on Jan 8. Should the strike go ahead, few or no KLM flights will depart from the airport that day.

UKZZ/Ukraine Biometric control systems have now been installed at all border checkpoints in the country. Foreign nationals from 70 countries that could pose a threat to Ukraine’s national security will now have to submit their fingerprints on entry. However, the list of countries does not include those in the European Union, the U.S. or other Western countries.

FMZZ/Madagascar Stormy conditions from northern Madagascar to the islands of Reunion and Mauritius over the next few days, as Tropical Cyclone ‘Ava’ sweeps in from the Indian Ocean. It’s expected to make landfall near FMMT/Toamasina late on Jan 4, with winds gusting up to 50kts, before tracking west towards FMMI/Antananarivo.

VIDP/Delhi There have already been several cancellations and delays this week due to heavy fog. Expect intermittent fog and poor weather conditions during the ongoing winter season, which will last until Feb.

EGKK/Gatwick Slight change to the overnight runway closure times. The main runway (08R/26L) will be closed every night from 2230-0600z until Feb 10. During that time, the northern runway (08L/26R) will be open – the one that normally gets used as a taxiway. There’s no ILS on this runway, so approaches must be DME/RNAV.

TNCA/Aruba The airport’s only FBO has now been taken over by W Aviation, after Universal Aviation decided not to renew their 12-year lease. The new operator has announced they will invest $1.8 million to upgrade the existing facilities at some point this year. Operating hours are still the same: 13-01z (09-21 local time). To arrange handling, email: csraruba@waviation.net

PLCH/Kiritimti Fuel is only available for scheduled flights until mid-Jan due to supply issues. Maximum uplift is 5000 litres per aircraft, so tanker in as much as possible.

EZZZ/Europe For aircraft operating in Europe above FL195, the carriage of 8.33 kHz channel spacing capable radio equipment has been mandatory since March 2007. But from Jan 4, this regulation has been extended to the lower flight levels below FL195 across various parts of European airspace. Eurocontrol have build a handy webpage that shows exactly what is required for each bit of airspace, and at what flight level: https://ext.eurocontrol.int/833/Airspace_8.33kHz_Radio.html

ORZZ/Iraq Last week the central Iraqi government extended the ban on international flights to and from ORER/Erbil and ORSU/Sulaymaniyah airports in the Kurdistan region until Feb 28. Turkey have now confirmed that traffic to/from these airports (including flights using these airports as an alternate on their FPL’s) are banned from Turkish airspace

MTPP/Port-au-prince The airport will be closed for runway repair from 02-10z Mon-Fri until the end of Oct.

VGHS/Dhaka There were several cancellations and delays on Dec 28, due to heavy fog. Expect intermittent fog and poor weather conditions during the ongoing winter season, which will last until Feb.

VIDP/Delhi Due to Republic day celebrations, no landings or take-offs allowed daily from 0505-0645z from Jan 18-26.

KZZZ/USA The 2018 Super Bowl will be held at U.S. Bank Stadium in Minneapolis on Feb 4. The FAA estimates up to 1600 additional aircraft will be in the state for the event, and they have established a slot system to eliminate congestion and route some planes to other airports. For everything you could possibly need to know about this, and to sign up to the slot system ahead of time, head over to the FAA’s special website they have created: fly2sb52.org

KSMO/Santa Monica The airport is now open again, after a 10-day closure period where work was undertaken to shorten the runway to 3500 ft. The goal is to reduce air and noise pollution by reducing overall traffic.

NFFN/Nadi The ongoing strike by some airport workers is reported to not be seriously affecting ops. Around 250 catering, baggage handling and engineering workers who were suspended due to illegal strike action are now camped outside the airport, in a peaceful protest to try to go back to work. The airport has brought in largely untrained workers to replace these staff.

AGGH/Honiara The Solomon Islands is a bit short on fuel at the moment, as they’re waiting for their next tanker to arrive. So until Jan 10, all international flights to AGGH will need to confirm their fuel requirements in advance with the fueler: tel +677 36142 or +677 22974.

WARR/Juanda The airport have extended their night-time closure of the runway for ongoing maintenance – the end date for that is now Apr 03.