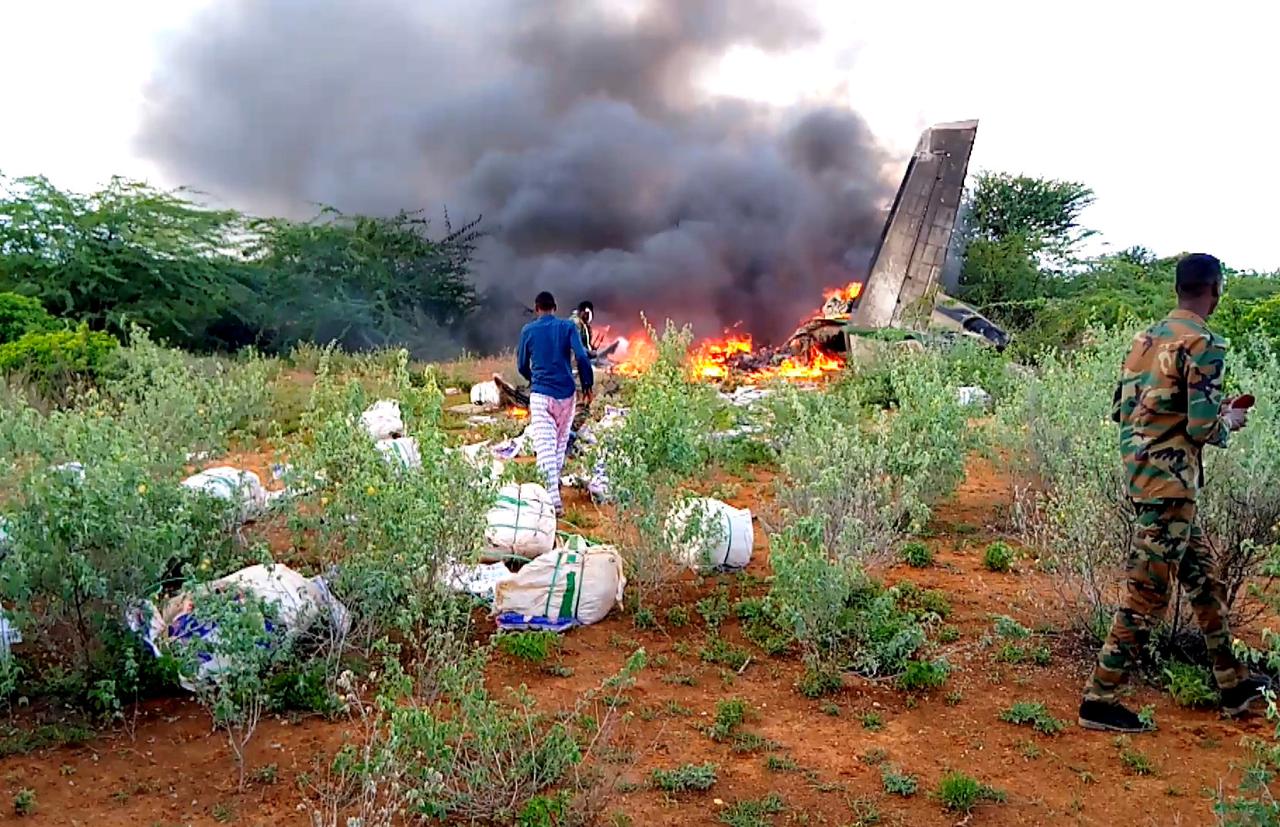 Cargo plane in Somalia was shot down

Cargo plane in Somalia was shot down


Update: Ethiopia has confirmed that this was a shoot-down event. The Ethopian Army misidentified the aircraft – or at least its intentions.

Somalia is investigating how an Embraer EMB-120 aircraft crashed while on approach to Bardale airstrip in Somalia, killing all six people on board. Local officials say the cause of the crash is not yet clear but there has been speculation it might have been shot down.

The Kenyan private cargo plane, operated by African Express, was operating a humanitarian mission with coronavirus medical supplies when it crashed on Monday afternoon in southern Somalia, about 300km northwest of Somalia’s capital Mogadishu.

Bardale airstrip is a base for the Ethiopian military under the multinational African Union mission, which is combating the al-Shabab terrorist group in the region.

The Kenyan Civil Aviation Authority on Tuesday said the plane crashed on approach to Bardale “under circumstances we are yet to confirm.” However, the Associated Press are quoting local state officials who have told them that a projectile fired from the ground hit the plane as it approached the airstrip. 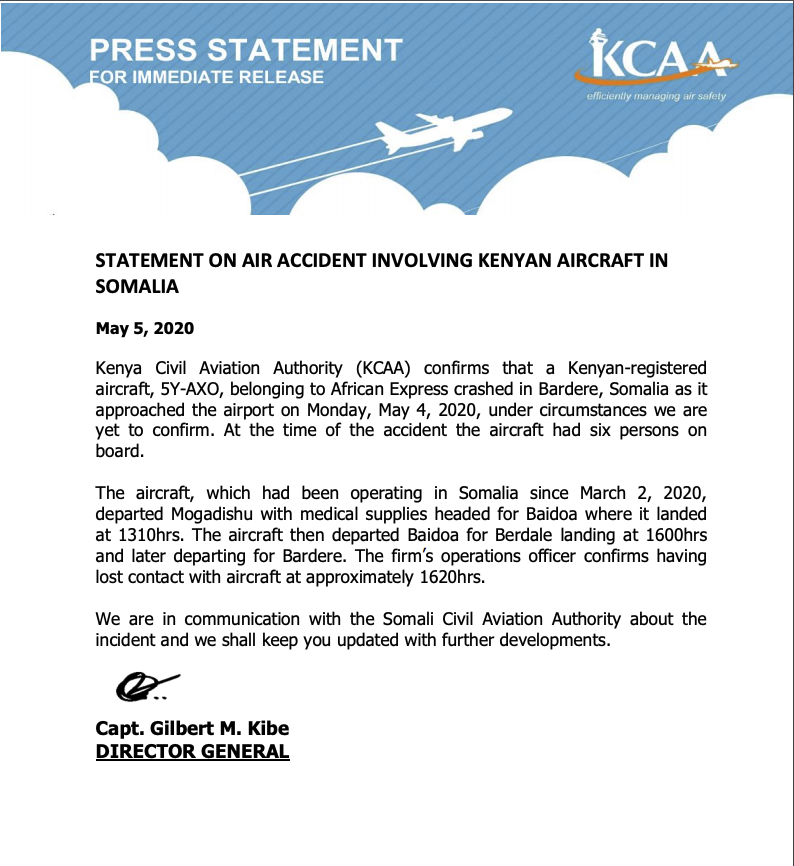 If that is the case, and the aircraft was in fact shot down, it’s not yet clear whether this was an intentional attack carried out by al-Shabab militants, or an accidental shoot-down by Ethiopian forces stationed in the region. 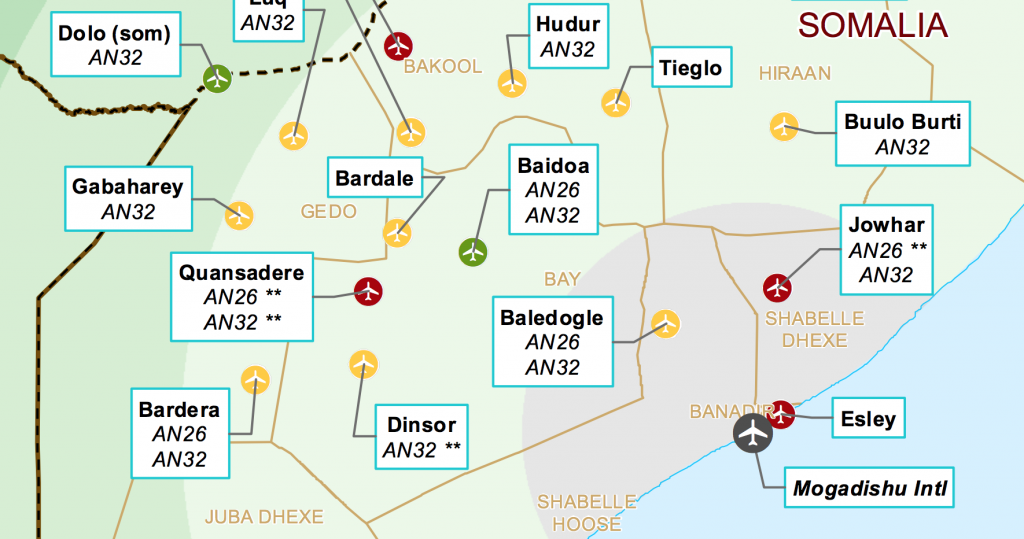 The plane had left HCMM/Mogadishu, and stopped in HCMB/Baidoa before going on toward Bardale airstrip. Kenyan authorities said they were in contact with the Somali CAA – who called the crash “a terrible accident” and said the government was investigating. 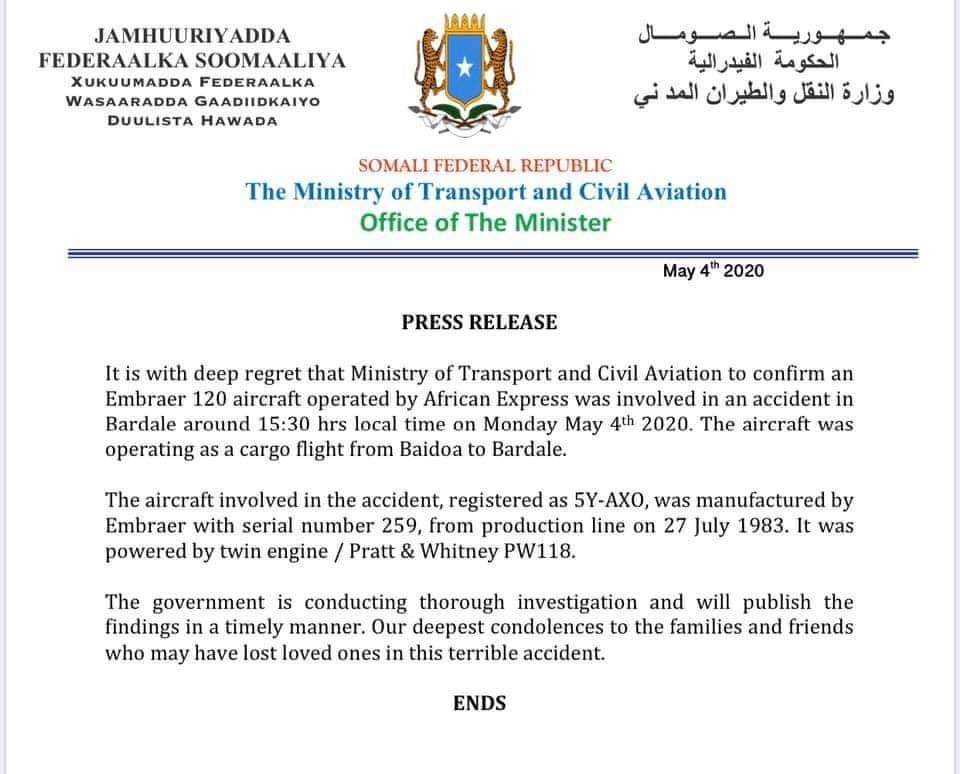 Multiple countries have long-standing airspace safety warnings in place for Somalia. The advice from all sources is similar – do not operate below a minimum of FL260 in the airspace of Somalia due to a high risk to overflying aircraft from anti aviation weaponry. The FAA completely prohibit US operators from flying below FL260, as per the guidance in the Special Federal Aviation Regulation issued in Dec 2019, which reads as follows:

“The FAA continues to assess the situation in the territory and airspace of Somalia at altitudes below FL260 as being hazardous for U.S. civil aviation operations due to the poor security environment and fragile governance structure in Somalia, as well as the threat posed by al-Shabaab, an al-Qa’ida-aligned extremist group, and other extremists/militants.

Al-Shabaab has demonstrated an intent and capabilities to target civil aviation operations in the territory and airspace of Somalia through a variety of means, including the use of an insider to smuggle a concealed IED onto a civil aircraft, use of anti-aircraft-capable weapons, and direct and indirect attacks on Somali airports.

In addition, al-Shabaab is assessed to have access to anti-aircraft-capable weapons presenting a risk to U.S. civil aviation operations at altitudes below FL260.”

Our recommendation is to avoid the airspace of Somalia entirely. The situation on the ground is highly unstable and there is an inherent risk to civilians and aircraft. The central government has little control of the major cities and ports with ongoing attacks from extremist militants targeting civilians. For more information, check Somalia’s dedicated page on SafeAirspace.net