Update July 31: Space debris from a rocket launch in China last week splashed down harmlessly in the Indian Ocean on July 30. It made headlines for a few reasons – it was very large, was on an uncontrolled trajectory, and could have landed in Western Europe. Future launches may carry the same risks – the next one is planned for October.

Something big this way falls.

A large bit of space junk is due to re-enter, and so far they aren’t exactly sure where.

It is part of the Long March CZ-5B – the core stage of the rocket launched July 24 to send models of the Chinese Space Station up into space.

This hefty lump of junk is actually one of the biggest bits to ever re-enter, weighing in at an impressive 17 to 23 tonnes and measuring 53 meters. That’s after bits have burnt off…

It is being tracked by the EUSST (EU Space Surveillance and Tracking) agency which you can visit here.

Here is the current re-entry window. The latest is saying Sunday July 31 at 1107z (but with a +/- 29 hour uncertainty window which is about 38 orbits). 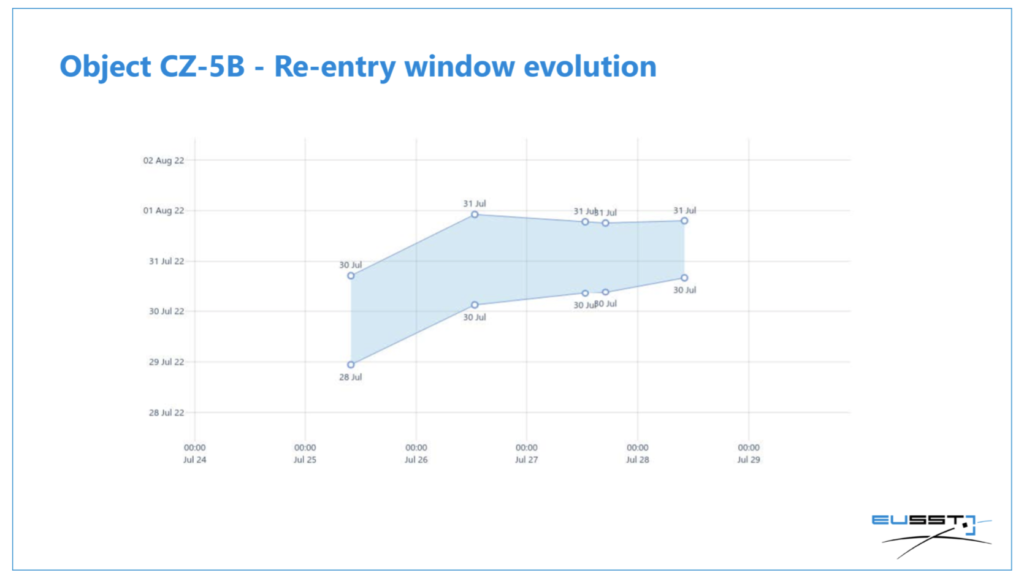 The wide window should narrow as it gets closer

And here is the current re-entry track… 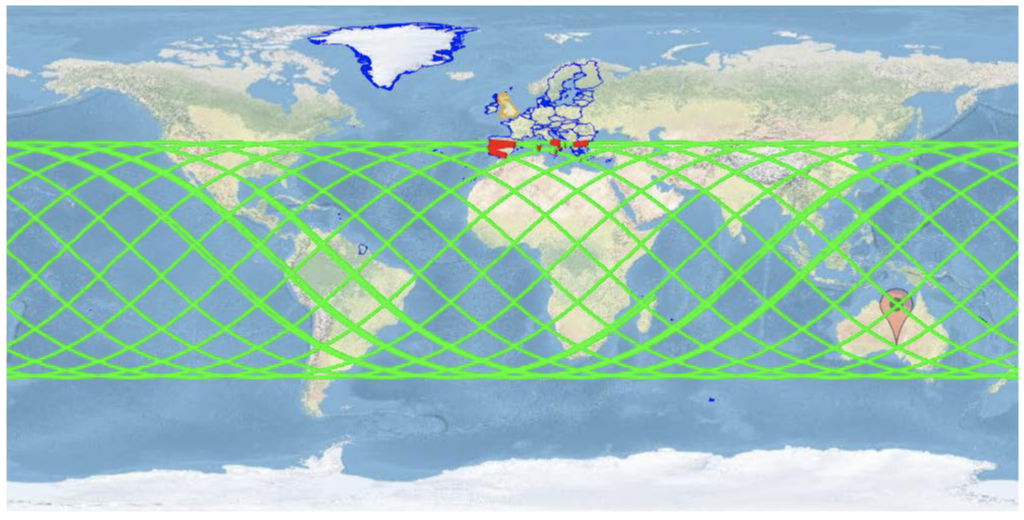 Anywhere on the green line… but probably on the red bits.

It is predicted to most likely effect parts of Southern Europe – Bulgaria, France, Greece, Italy, Malta, Portugal, Spain being the most likely “fall” areas. Again, as it falls closer, this will be narrowed down.

Not really. They’re tracking it and as it gets closer and a clear idea of where it will fall is available, Notams on airspace closures will be issued.

Here is the EASA SIB with all their information and advice to date on it.

And here are a few other Space related things to read while you wait for CZ-5B to make its blazing appearance in our skies.