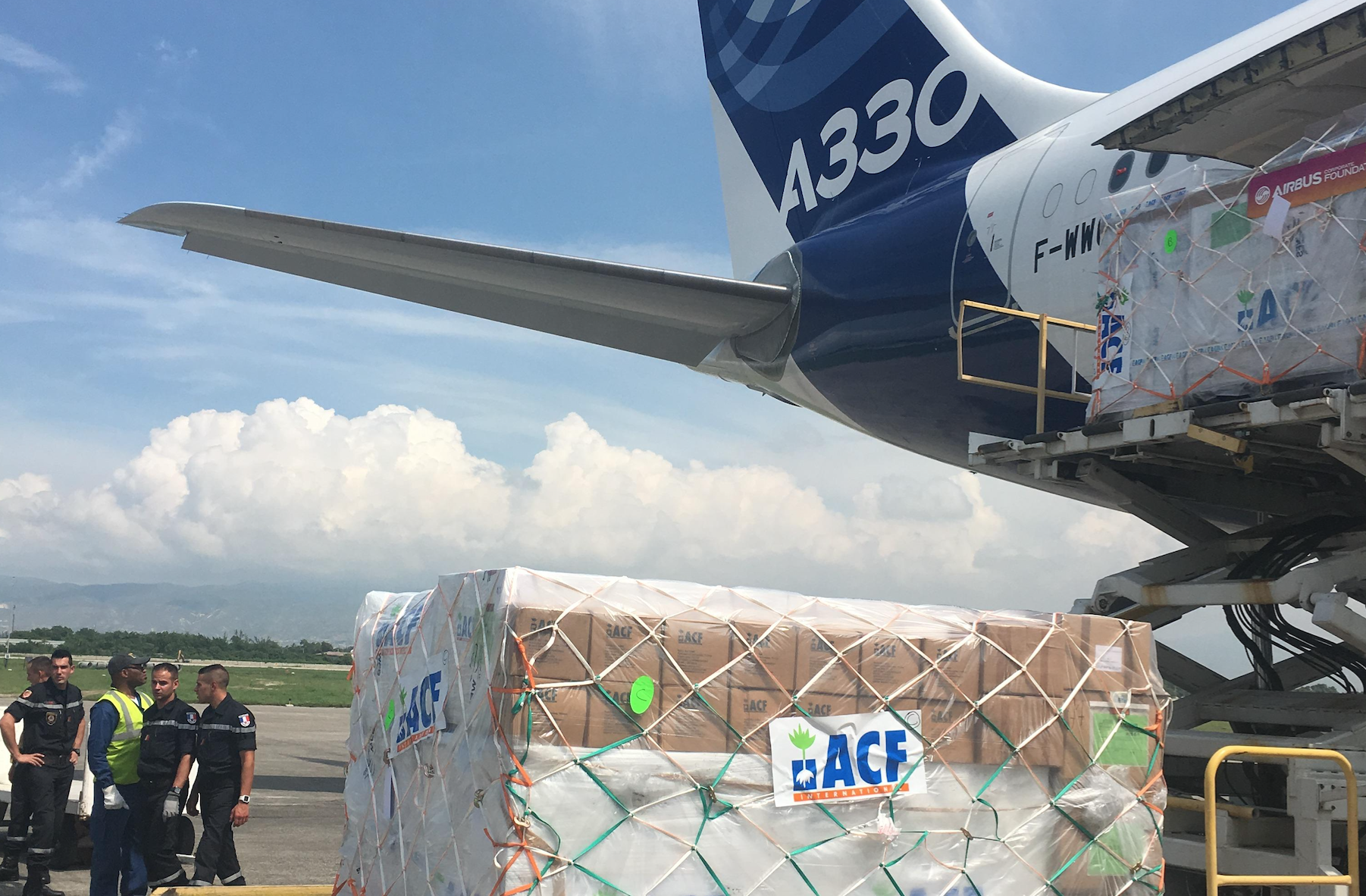 
After Hurricane Matthew last week, MTPP/Port-au-Prince (Toussaint Louverture) became a central focus in relief efforts for Haiti. One of our OPSGROUP members, Airbus Industrie – took an A330 that’s normally used for testing, and flew it with supplies from France to Haiti.

Thanks Pedro @Airbus for this flight and trip report – and thank you for your contribution to the relief effort as well. All the crew members on board were volunteers.  We’re very proud to have you as a member of our group.

A request from NGO has raised to carry to Haiti 25 tons of medical equipment, first aid supplies, portable water station as well as a team of 40 people (28 military Rescuers, 4 doctors and nurse, 8 NGO staff). Airbus, thru the “Airbus Foundation”, responded positively and offers to help providing our A332. This aircraft is a test aircraft, partially equipped with pax seats and offer the full capacity of its cargo. On Monday 10th October we were ready to go!

First stop in LYS where all the NGO equipment was stored, after a short night Cargo and passengers were on board ready for a 9h30 flight. 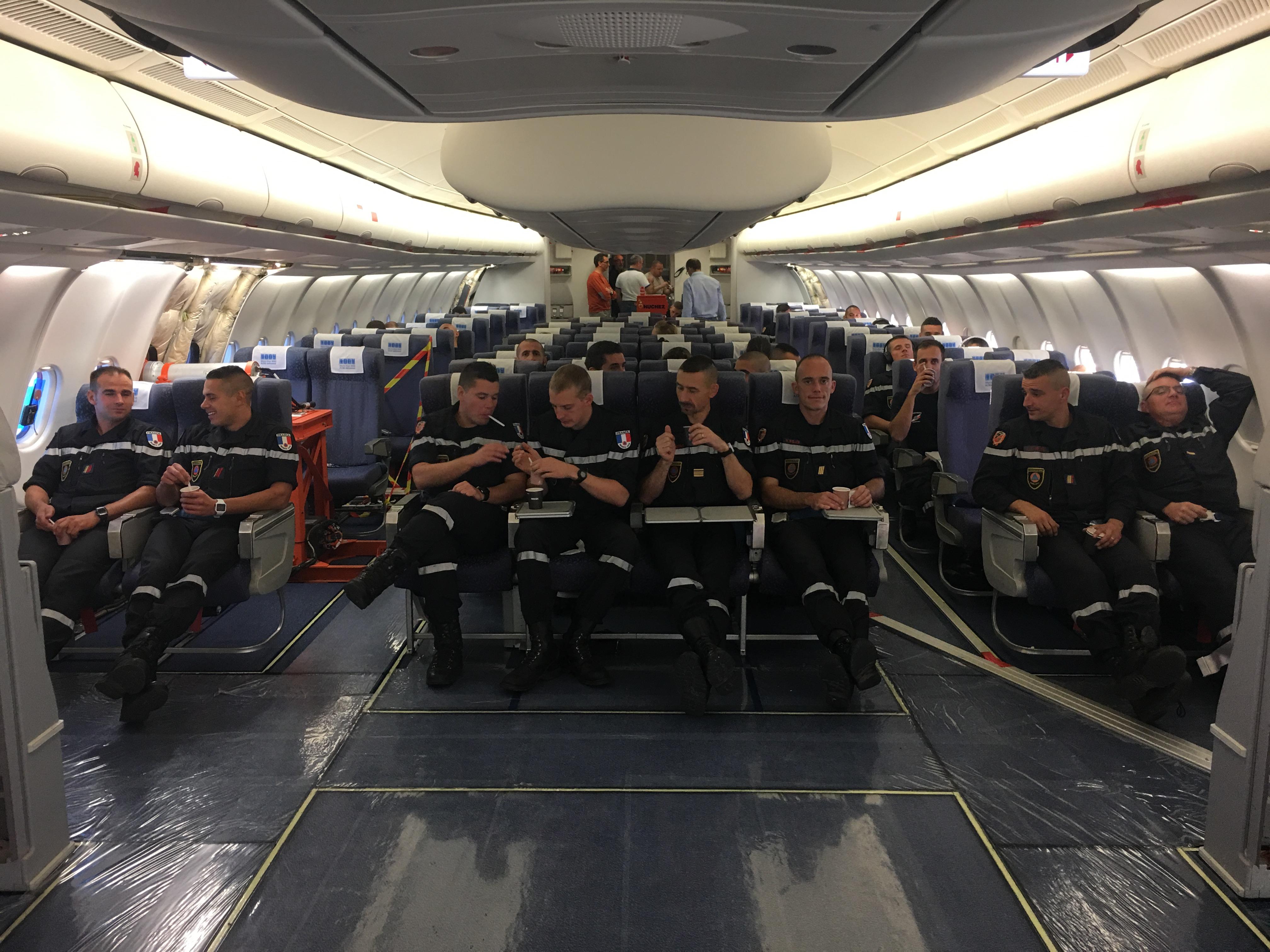 Airbus team and volunteers on board AIB101 enroute to Haiti

Nice flight with some turbulence approaching the Caribbean Area… This long flight gave us the opportunity to talk with our fellow passengers and understand their motivation to go to such devastated places. Very interesting dialogue, which made all of us understand that we are lucky to be where we live. 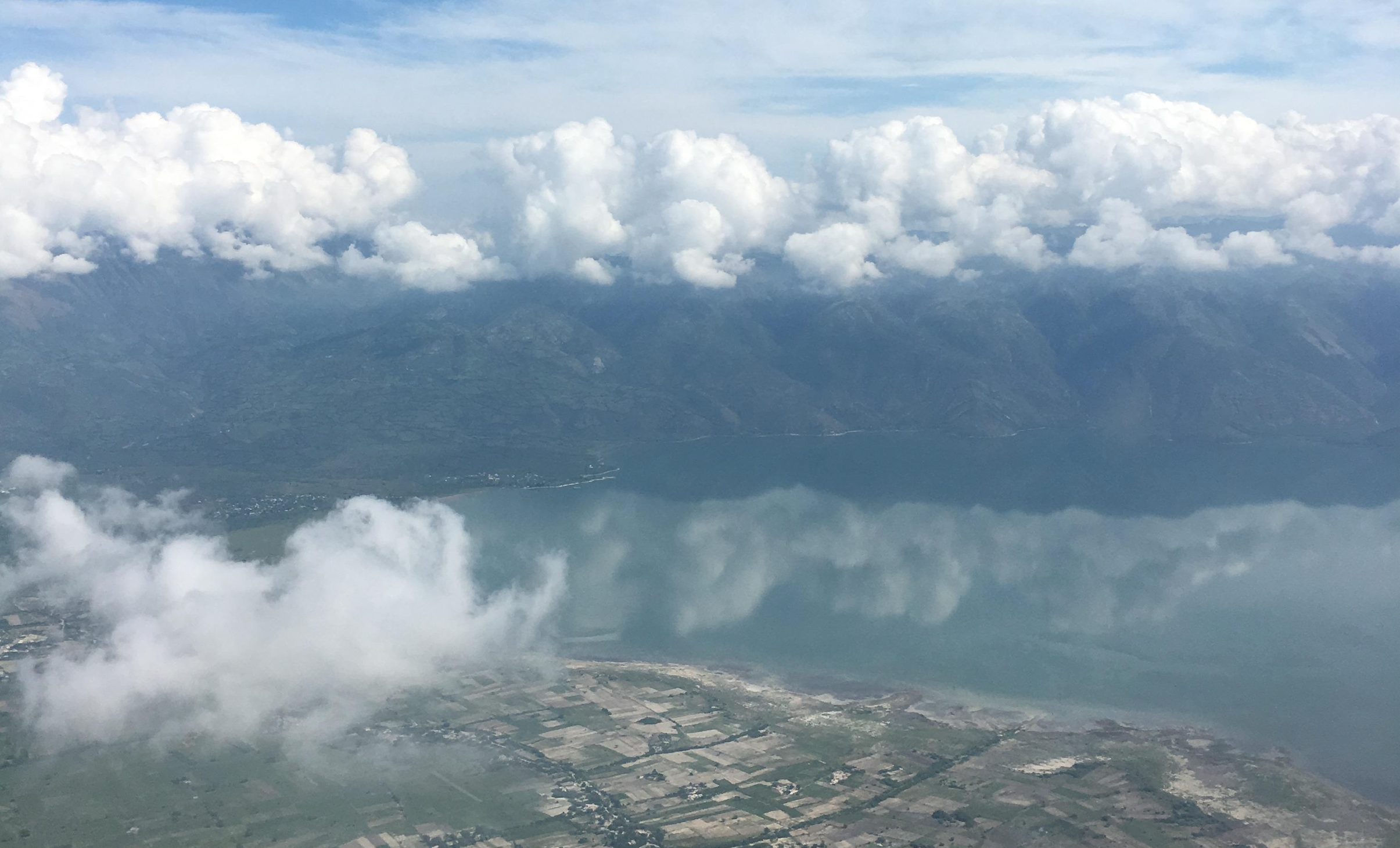 After overflying a small part of the Island we’ve been cleared to land. On the ground a B747 was already there, offloading equipment sent by French government.

Handling was efficient but slow, as could be expected, and the airport was a bit messy due to Matthew but also to the heavy work on the airport, have to be careful of all trucks and excavators crossing taxiways and parking with no radio contact!!! 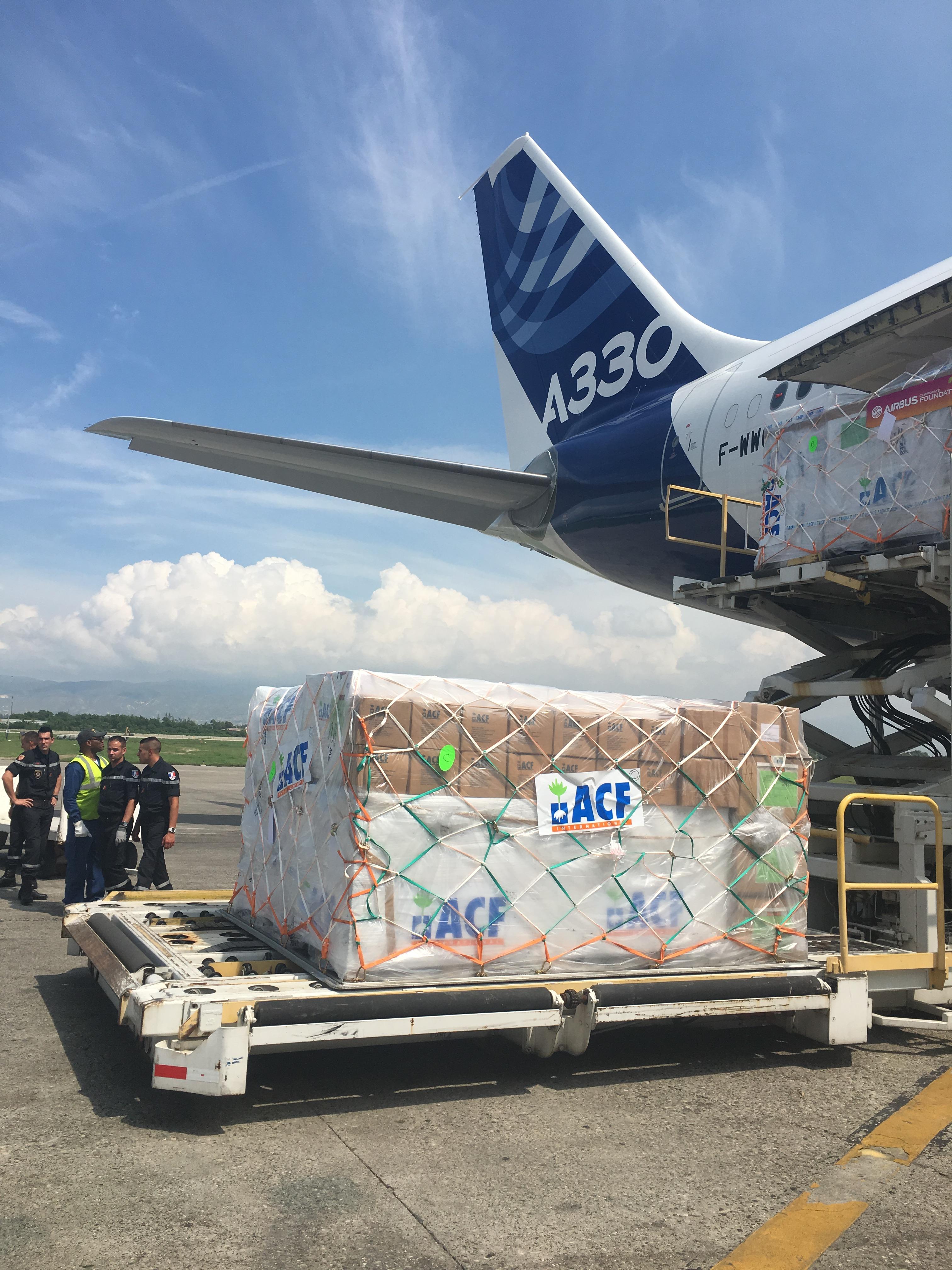 We had to wait for customs to clear our cargo, finally everything went smooth and after less than 2 hours on the ground we were ready to leave. Fuel was not available, things have changed since I guess, we planned a fuel stop at PTP (Pointe-à-Pitre, Guadeloupe) before flying back to Toulouse. 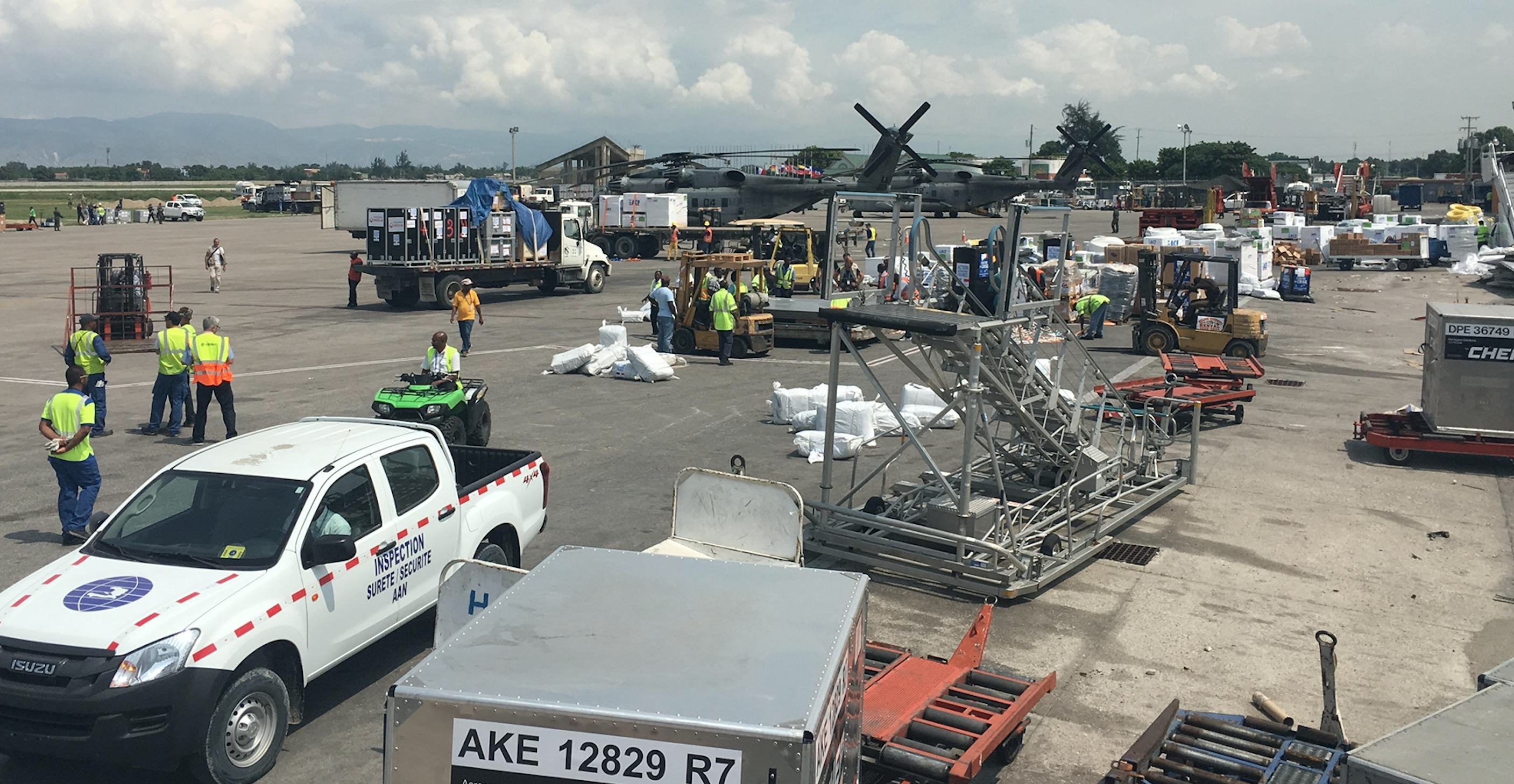 2h Flight to PTP, then 2h on the ground and after a 08h00 flight it was 0550Z on Wednesday when we landed at Toulouse after 24h around the clock for this tiring but really rewarding flight.

All crew and Airbus team were volunteers to help on this flight, we know that what we bring is a drop in the ocean but we expect it will help people there, and we hope many more flights will follow soon”

Thank you Airbus and Pedro for this report!