Feb 8th, 2017 – Zika is still very present.  The below map shows, in red, the ‘widespread transmission’ areas. Recent changes include Angola, where the first reported cases occurred in early January, and Florida, where the “Zika Zones” in Miami were cancelled on December 9th last.

Aircraft wise, no additional disinsection requirements specific to Zika have been reported recently. A full country list from the ECDC is shown below, with information current as of 01FEB2017.

A WHO report from Jan 20th says: “Overall, the global risk assessment has not changed. The Zika virus continues to spread geographically to areas where competent vectors are present. Although a decline in cases of Zika infection has been reported in some countries, or in some parts of countries, vigilance needs to remain high.” 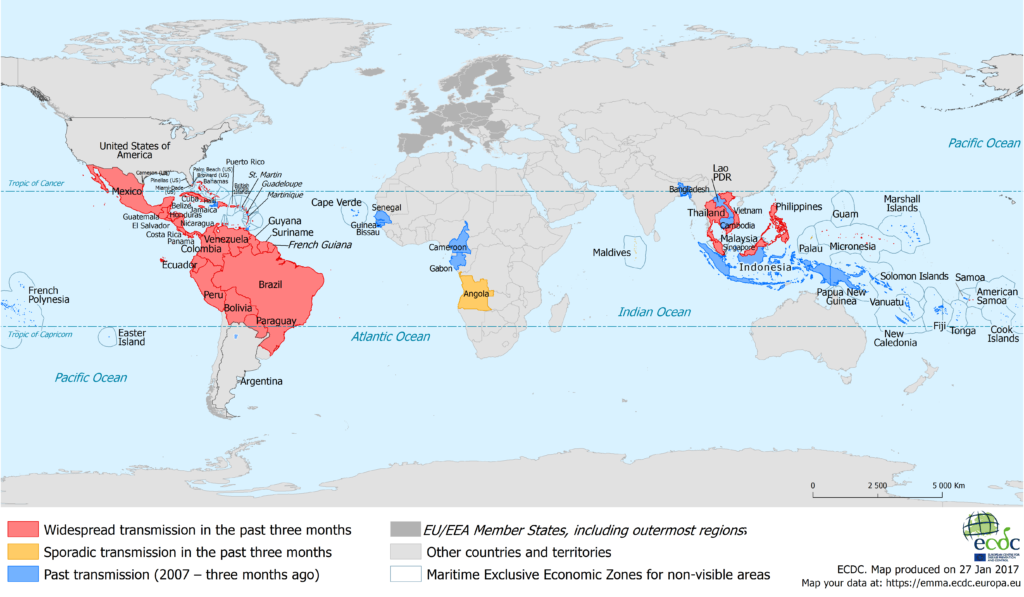