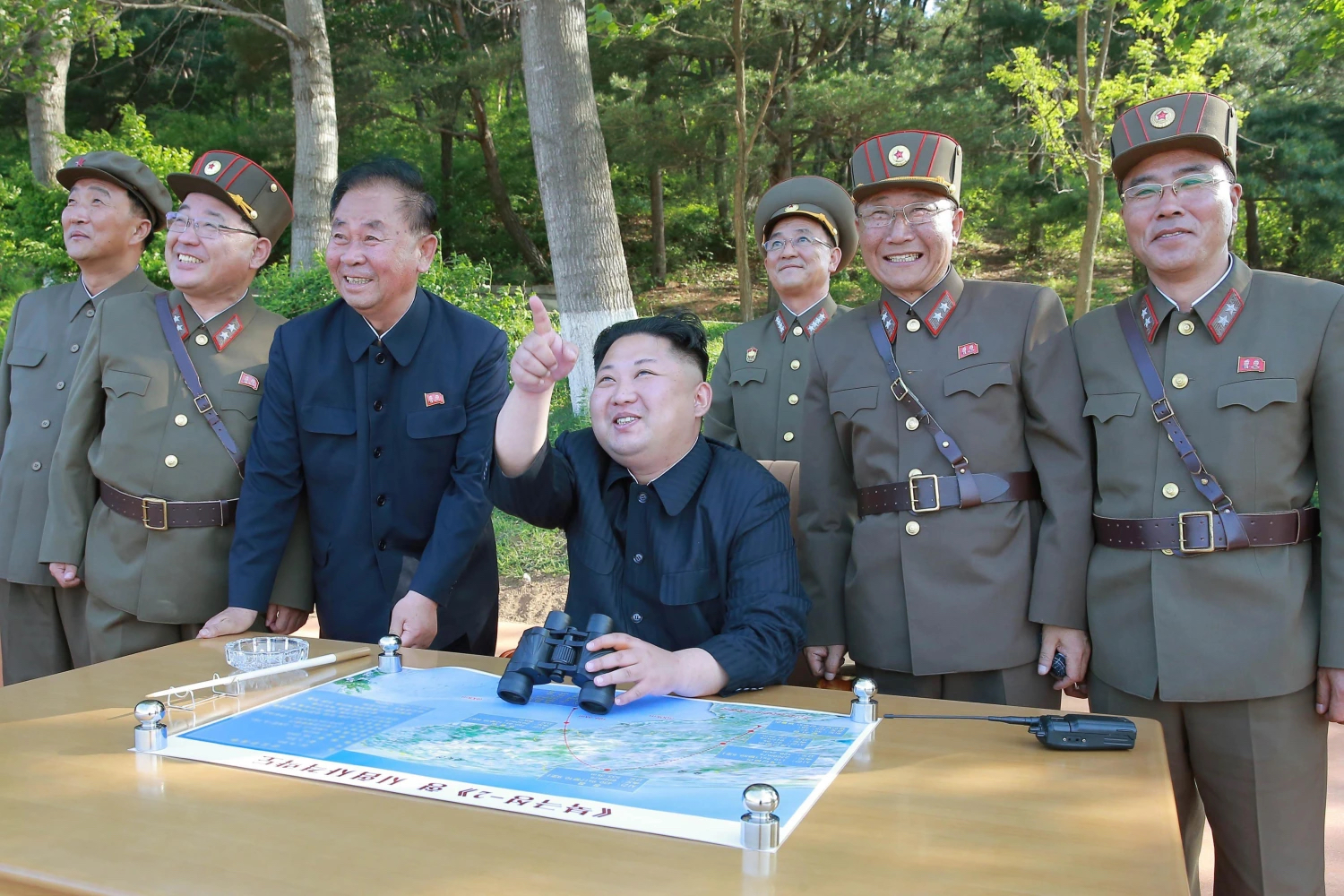 
The US FAA has released a brief statement confirming that on Jan 10, a ground stop was put in place at major airports on the West Coast due to “precautionary measures.”

Around the same time, North Korea carried out a missile test – the second in a week. The missile landed well off the coast of the Korean Peninsula, in the Sea of Japan.

It is now being widely speculated that the two events were likely related, however no authority has confirmed this as fact. 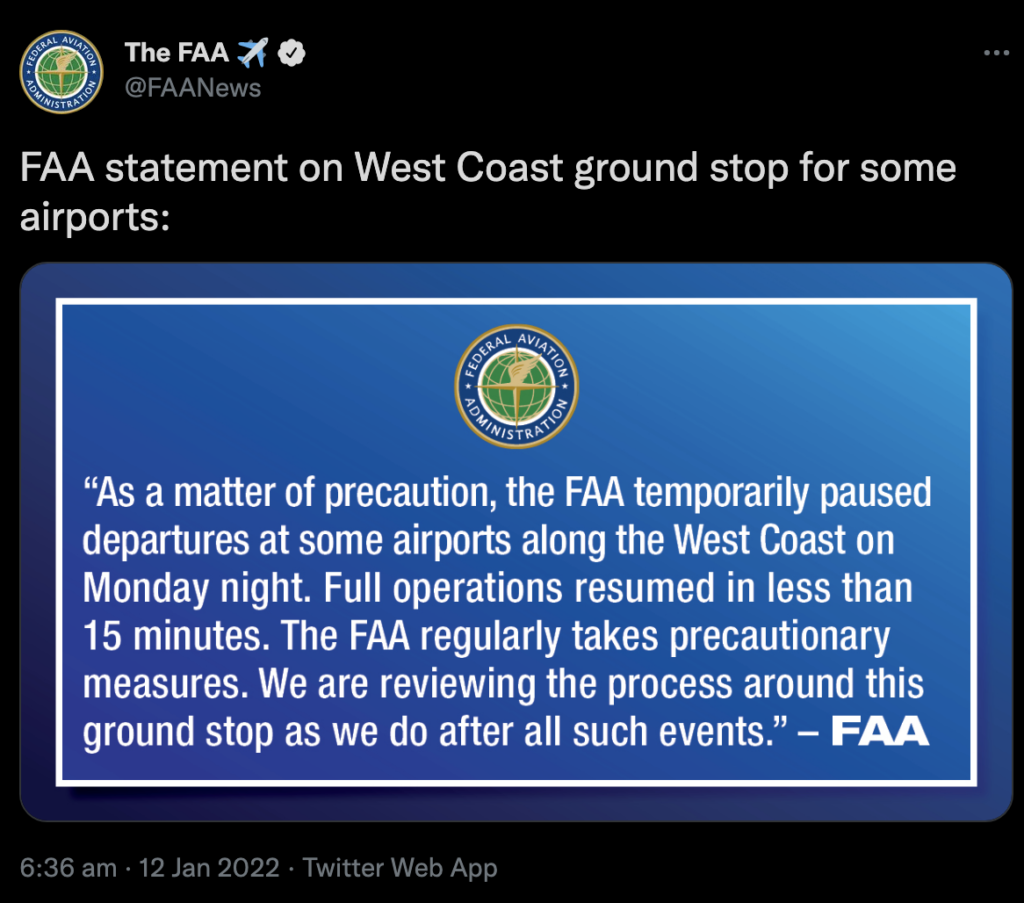 A brief statement issued by the FAA.

At approx. 14:30 PST (2230z) on January 10, a ground stop was ordered by the FAA at airports throughout the Western United States. There are also reports of airborne aircraft being directed to land.

The disruption was short lived (about twenty minutes), before operations went back to normal.

The speculation about why the ground stop came into effect arose for three reasons; 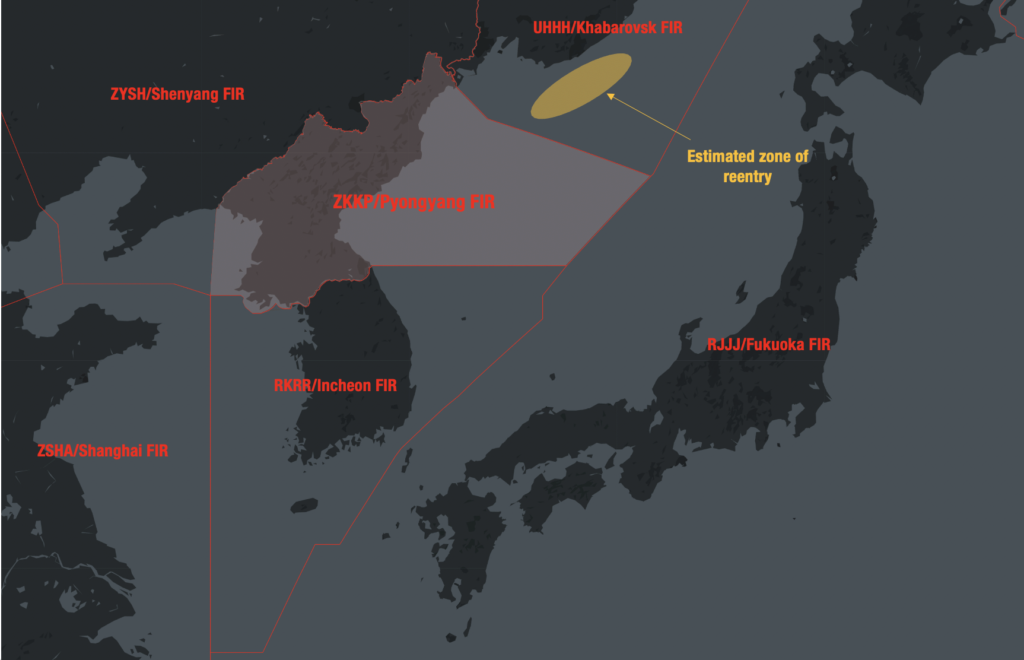 The missile landed over 400nm from the North Korean coastline.

North Korea state outlet KCNA has claimed these latest two tests were hypersonic missiles. Of course, North Korean is known for its own propaganda… 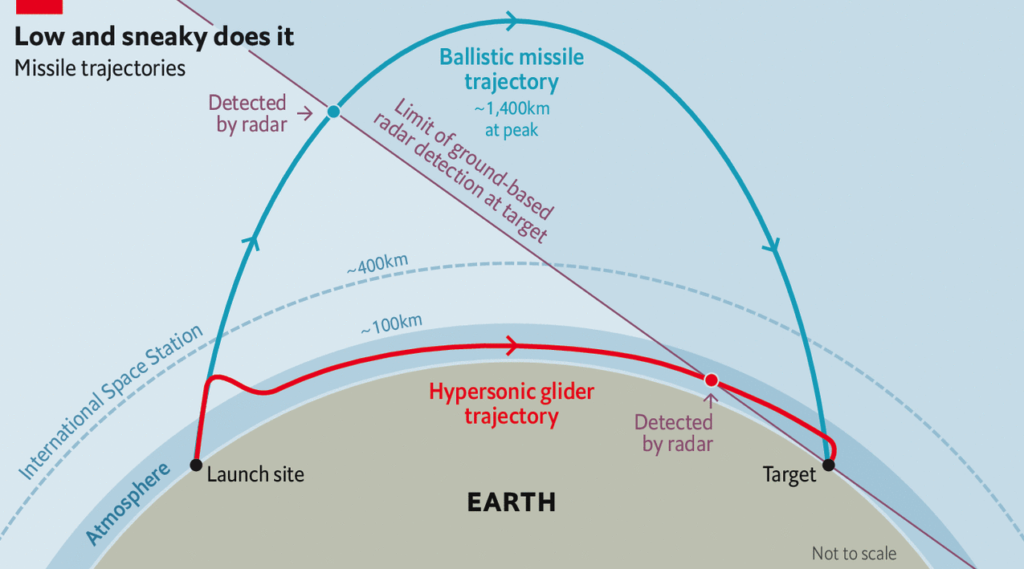 But hypersonic missiles are dangerous, for two main reasons:

Only a handful of countries are reported to be working on the development of hypersonic missiles: the US, Russia, India, and China, and North Korea.

What could explain it.

The launch in North Korea was not announced beforehand, and it is possible that it was detected as a threat leading to the activation of protocols that include notifying the FAA.

Although this looks likely, it’s important to remember that nothing official has been announced to confirm this yet.  The North American Aerospace Defense Command (NORAD) have since advised that it did not issue an official warning.

It did however detect the launch, which was assessed not to be a danger to the mainland US. It is also standard procedure for the FAA to be in constant contact with them and so the FAA may have been compelled to act as a precaution. 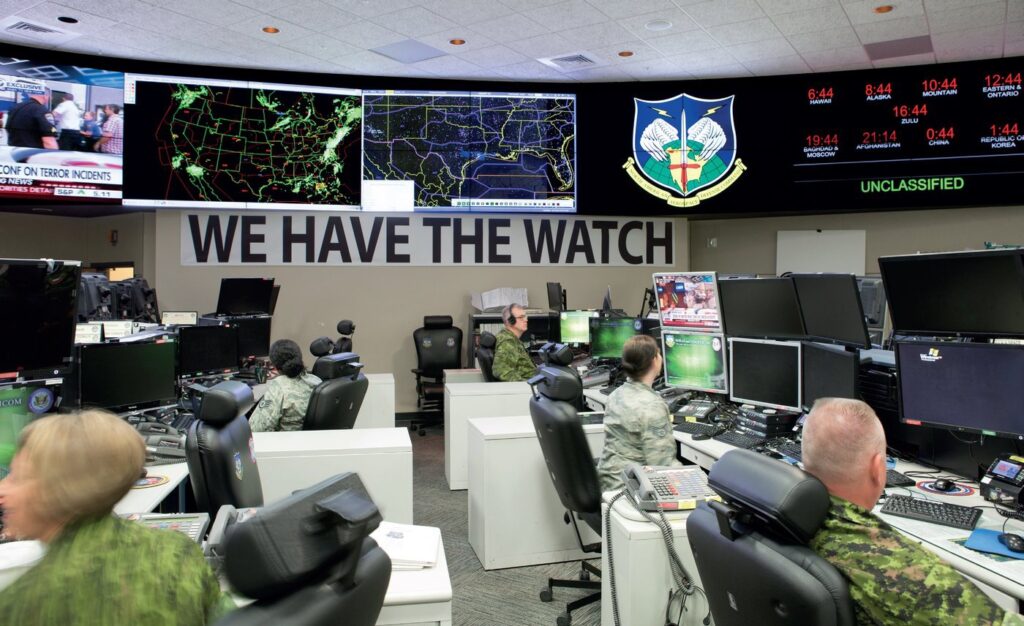 NORAD advise they didn’t instruct the FAA to close airspace, but detected and were monitoring the launch.

There have been several test launches carried out from North Korea in the past six months. These are typically intended to be a display of capability, rather than an intent to use them.

For aviation the threat is primarily based in the oceanic portions of the ZKKP/Pyongyang FIR, and UHHH/Khabarovsk FIRs west of Japan. As the launches have repeatedly been carried out with no advance warning, aircraft are exposed to risk from falling debris from missile tests. You can find more information on this in a previous article which you can read here.

Most experts seem to agree that North Korea faces some big challenges on the home front this year, including its economy and a worsening humanitarian crisis. Its missile program has continued and there has been no recent reassurance that it intends to work on bettering its relationship with the US, or South Korea, nor any intent to provide advance warning of test launches.

These events might not be related, but the speculation itself demonstrates an ongoing concern regarding North Korean actions. The events of January 10 also show how a large impact on US airspace with little or no warning can, and does occasionally occur, and is a reminder to all operators to have policies and preparations in place for dealing with such events.

Do you have more intel, or were you flying as it happened?

We’d love to hear from you. You can reach us at team@ops.group.