US: 5G Rollout Near Airports Delayed Until 2023

US: 5G Rollout Near Airports Delayed Until 2023


Six months have passed since the FAA hurriedly reached an agreement with Telecoms AT&T and Verizon to delay switching on powerful new 5G antennas near major airports.

That agreement was set to expire on July 5. And the original concerns haven’t gone away – 5G can still interfere with radio altimeters, and the industry is still scrambling for a fix.  If safety buffer zones were to stop buffering at larger airports, where low visibility landings are more common, the impact would have become even worse.

However, on Friday the FAA released its first update since February – and the news is good…

AT&T and Verizon have agreed to extend the delay until July 2023 to allow the FAA and operators more time to get their ducks in a row.

There is compromise happening on both sides of the deal. While the FAA hasn’t gone into the specifics, they have said there is now a phased rollout plan to make sure that both sides are kept happy.

The FAA will begin work to identify which airports are safe enough for the Telecoms to start enhancing their services there right away, without turning everything on.

On the flip side, there will be more time for operators of aircraft fitted with radio altimeters vulnerable to interference to replace them, or install special filters. Regional aircraft are particularly affected by this.

Considering that the first customers are only just now receiving these filters from the radio altimeter manufacturers, the original goalposts were always fairly ambitious.

A new FAA deadline for operators to complete work on their fleets is set for the end of the year, and this time it looks to be firm. The Telecoms are expecting to be let loose at the end of the new deal. 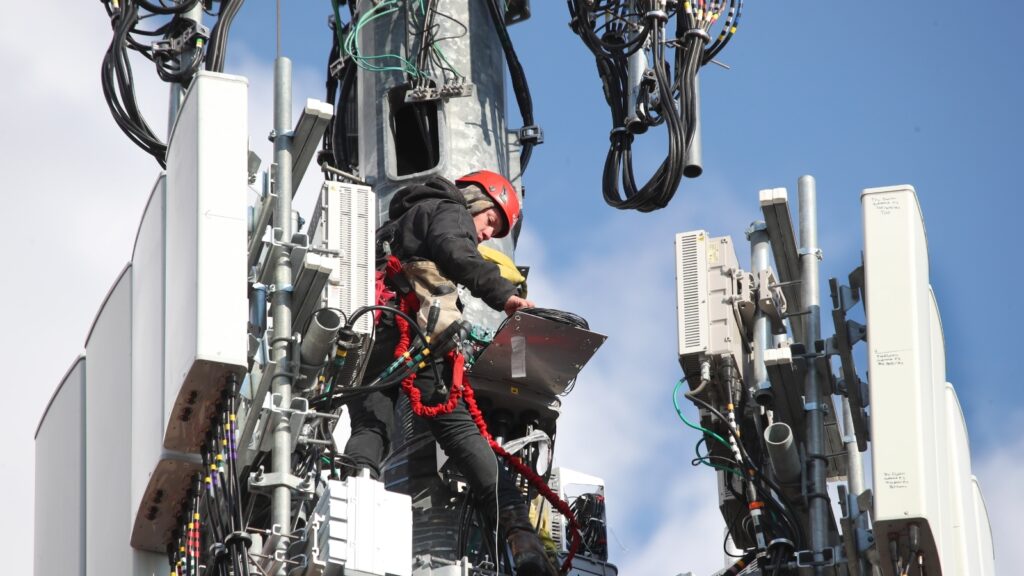 Both Verizon and AT&T have agreed to delay their 5G rollout plans near major airports for another year.

The status quo – existing restrictions will remain in place. Back in January over a thousand Notams (1,478 to be precise) were issued when 5G hit the proverbial fan. Many of them restrict the use of Autoland, HUD to Touchdown, and Synthetic Vision Systems at specific airports. The FAA has also published a guide that explains the different types of Notams and what those limitations mean for operators at various airports.

The FAA has also since provided a number of exemptions for more common passenger jets to continue with low visibility landings. You can view those through the FAA’s handy map here. 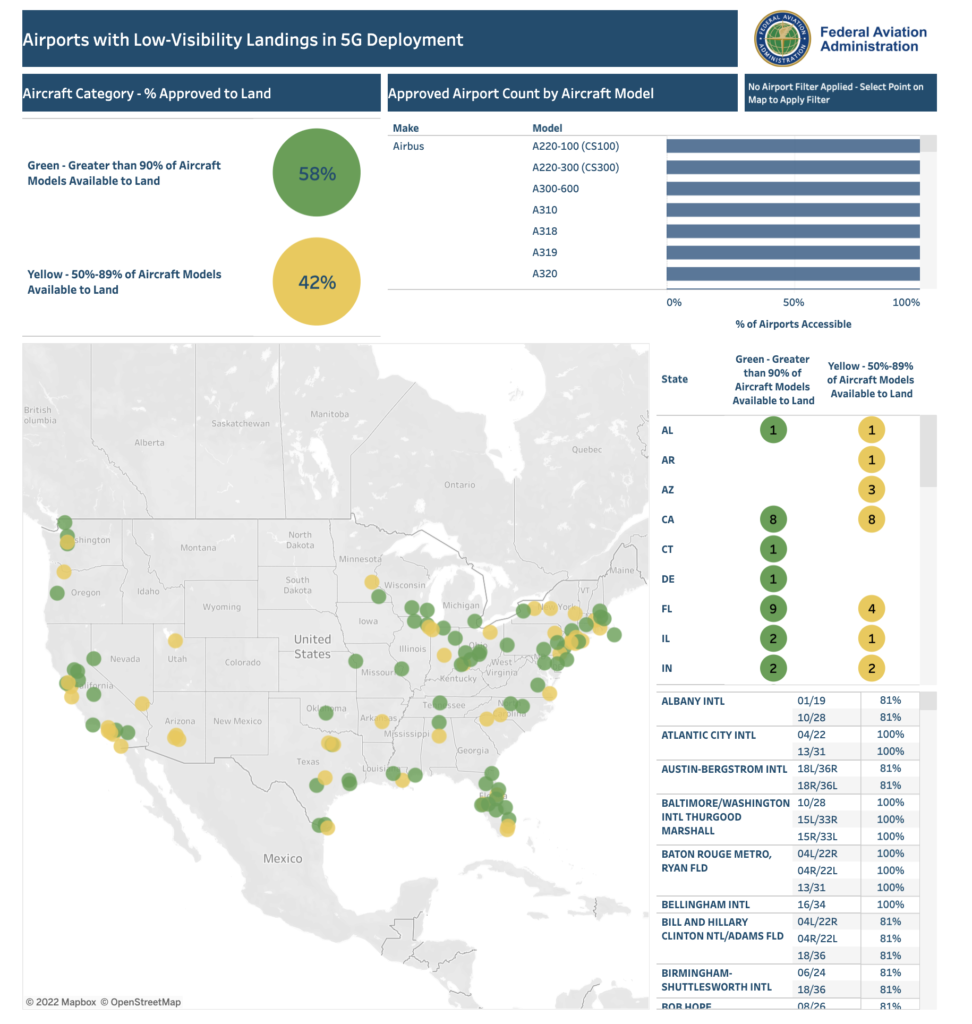 The FAA have produced a summary of which exemptions for low viz landings apply where. Click the map for the interactive version.

Unfortunately, the support for business jets has not been as forthcoming. If your aircraft doesn’t have an exemption, you’ll have to stick to the Notams, which means paying extra special attention to the weather and alternate planning when it’s looking murky out there.

Buffers will also remain in place at several major airports to make sure that low visibility landings can continue without causing major headaches for operators. You can view that list here.

Other things to look at

If you’d like to know more about the problem with 5G networks and aviation in more detail, we wrote a blog article earlier this year that would be a great place to start.

If you have other questions, we’d be happy to help. You can reach us on news@ops.group.