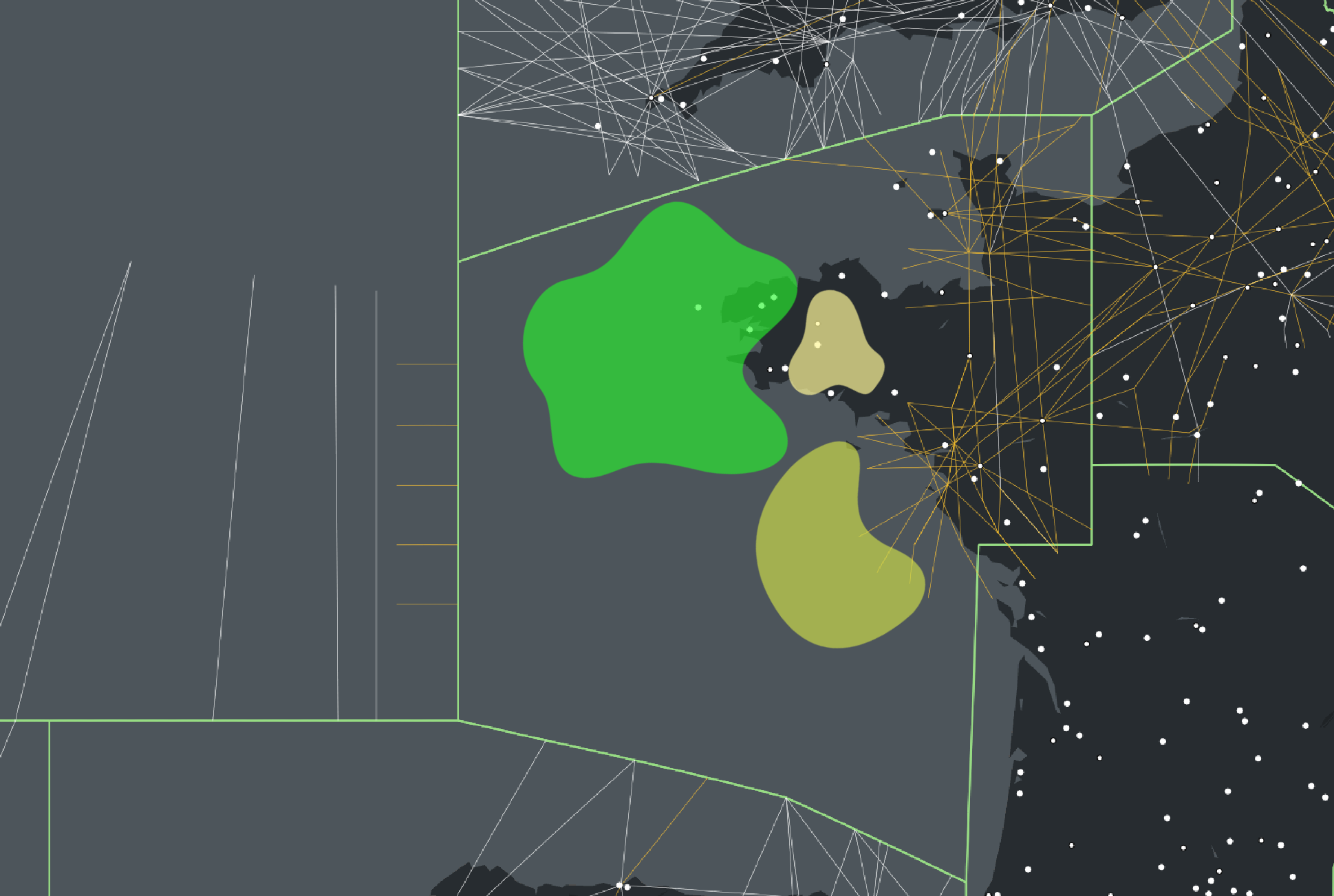 There’s a blob of airspace causing issues in the NAT

There’s a blob of airspace causing issues in the NAT


Why is there a huge blob of restricted airspace (and several smaller blobs too) right over the spot where folk like to leave the NAT HLA?

Thanks, France. Their big chunk of military airspace bordering the NAT, that they regularly activate, definitely does cause a lot of planning issues, so we figured we would take a look at it…

What (where) is the problem?

The problem is in the LFFF/Brest FIR, which as you can see below borders the NAT HLA BOTA bit. In fact, every exit/entry from the NAT into French airspace is via the Brest FIR/UIR border, so as you can imagine, a whopping great military danger zone just the other side of it is going to be a little in the way. 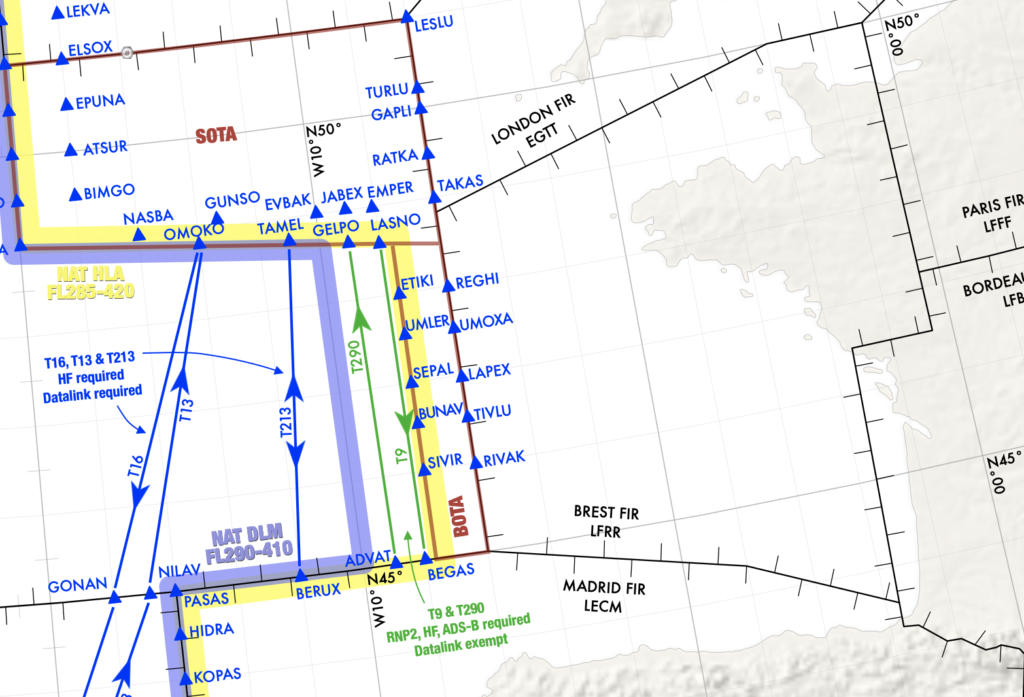 Which is exactly what the problem is.

That big danger zone means when folk submit their flight plans which have them routing over the Atlantic and into France another neighbouring places, they are getting rejected.

Sometimes, an alternative routing option is offered, but the NAT exits are way up on EGTT/London airspace which means significantly longer routings, which nobody wants.

There is also a bit of an issue with the automated Eurocontrol flight planning system. It doesn’t always immediately reject your flight plan – sometimes it waits until midnight so you get a nice message in the morning, not too long before your flight which you now have to replan… 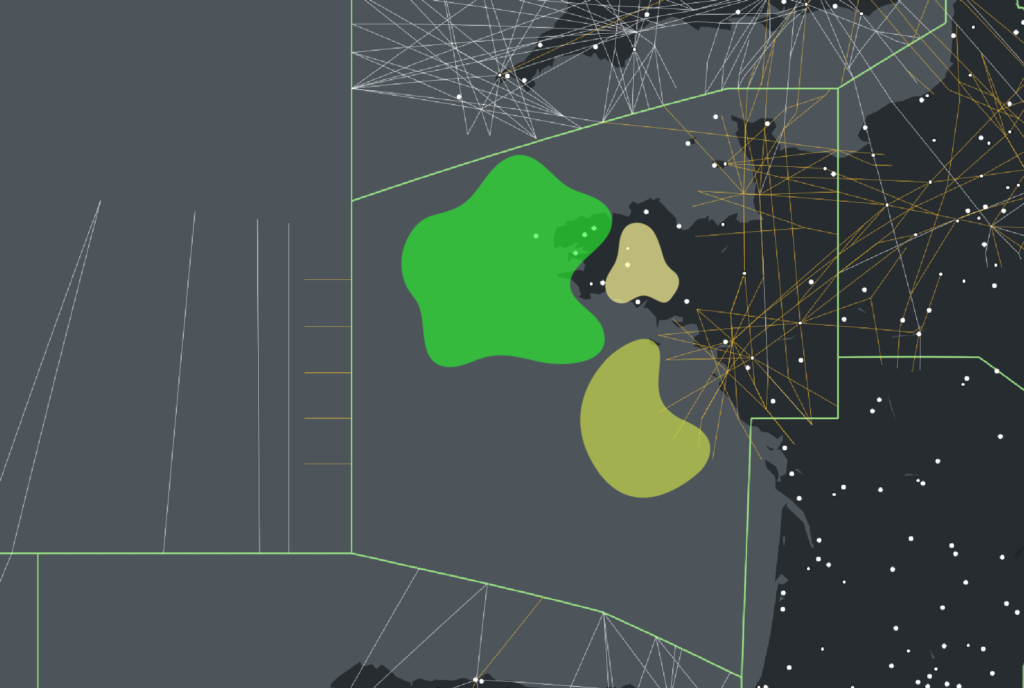 A very accurate representation of the military ‘blobs’

So the military are to blame?

That might not be entirely fair, but it is down to some active military zones that most of these route plans seem to not be successful. 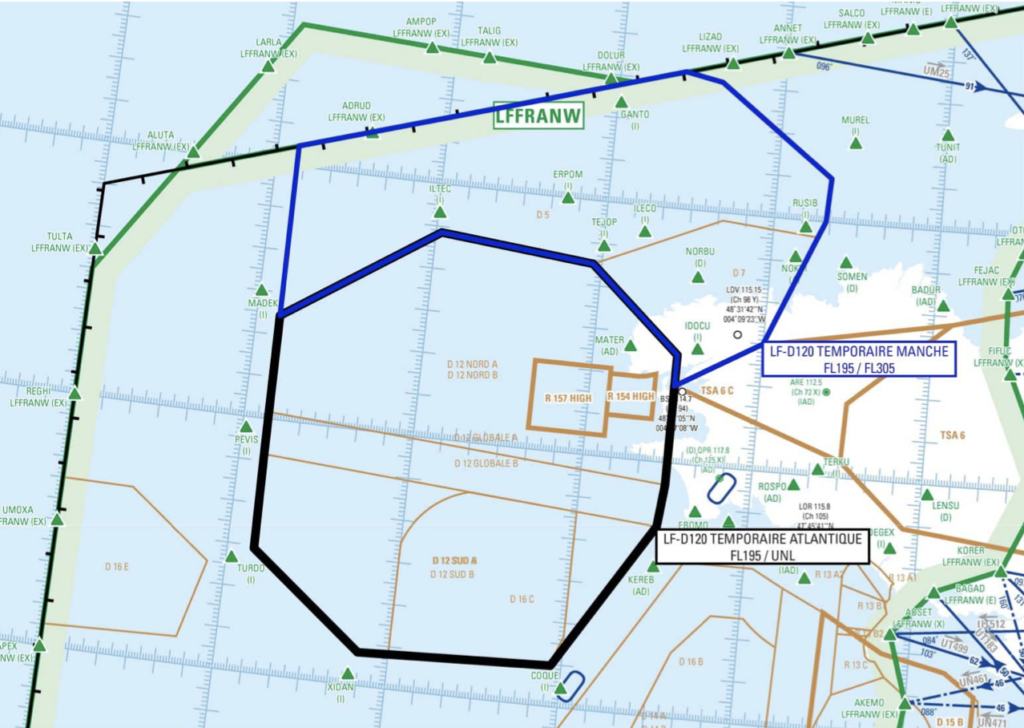 You can find all the temporary activated areas and timings here on the French AIP SUP page.

We also saw one from June 15-23. “Ocean HIT 2022′ uses the same sort of area and irritatingly coincides with a different exercise (HYDRA) on June 20. This means poor old EGGX/Shanwick is going to be dealing with most of the crossing traffic that day and there is likely to be a medium impact for flights.

What can you do about it?

Not a huge amount really. If the areas are active you aren’t going to be able to operate through them. We asked around, and folk said they’ve been doing a lot of LIZAD and NAKID routings. Some folk have reported simply planning higher levels and that’s apparently worked.

You can attempt to get inflight re-routings. You can also try these chaps who provide the actual time slots of activation to give you a better picture: 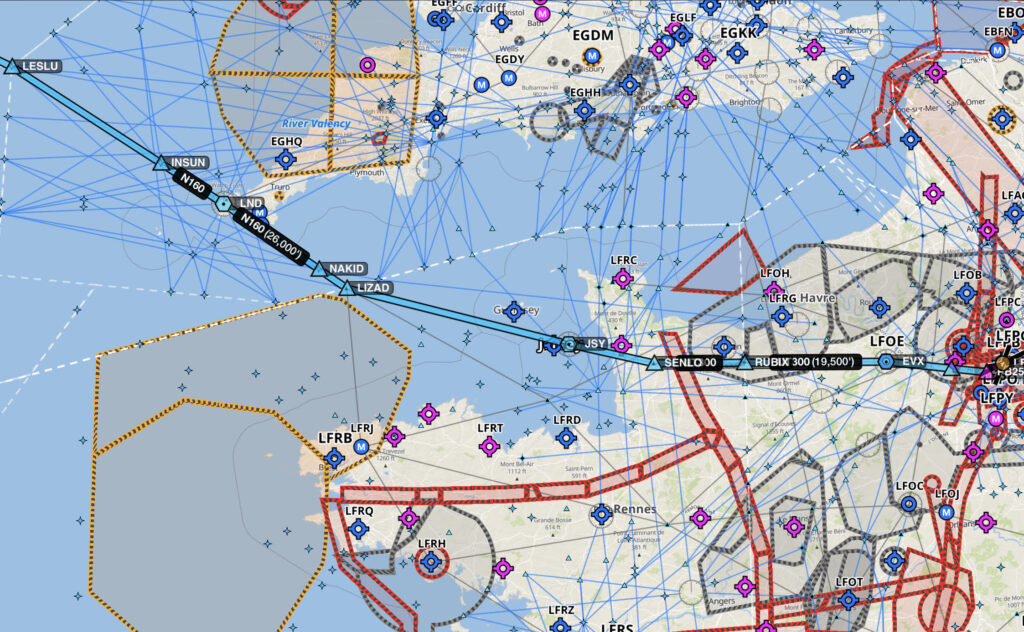 One routing option we found that isn’t toooo bad

Anything else to know about?

The French and German Navy have been using some airspace in EGGX/Shanwick which occasionally gets in the way of some of the Tango routes.

All of the upcoming military exercises in Europe are notified through the Eurocontrol Network Operations Portal. 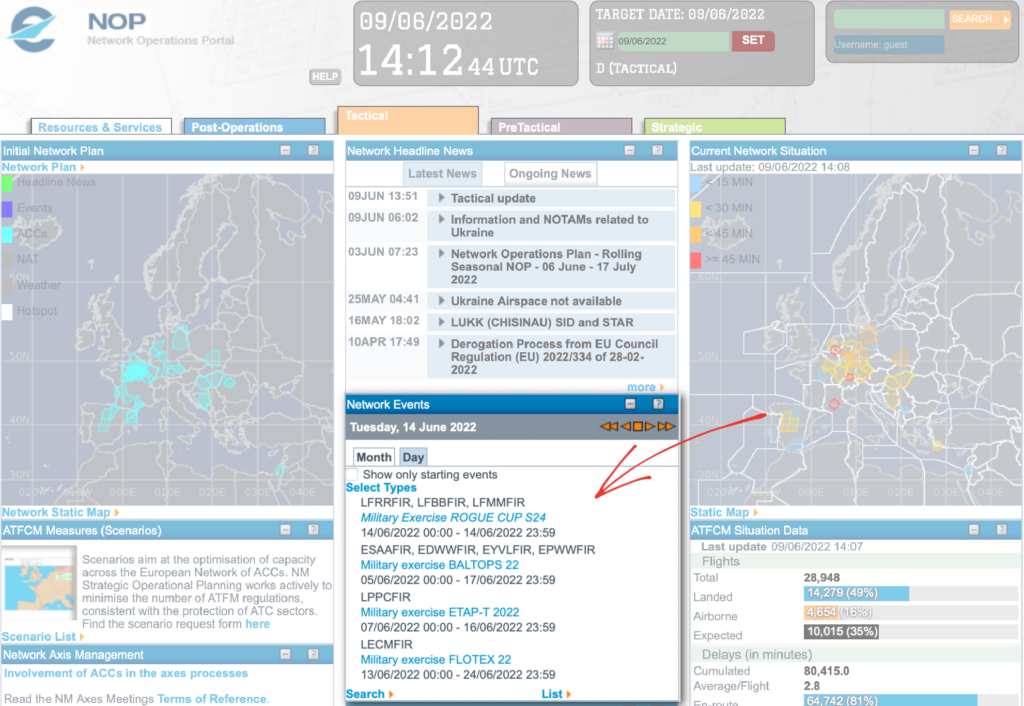 The spot to look at