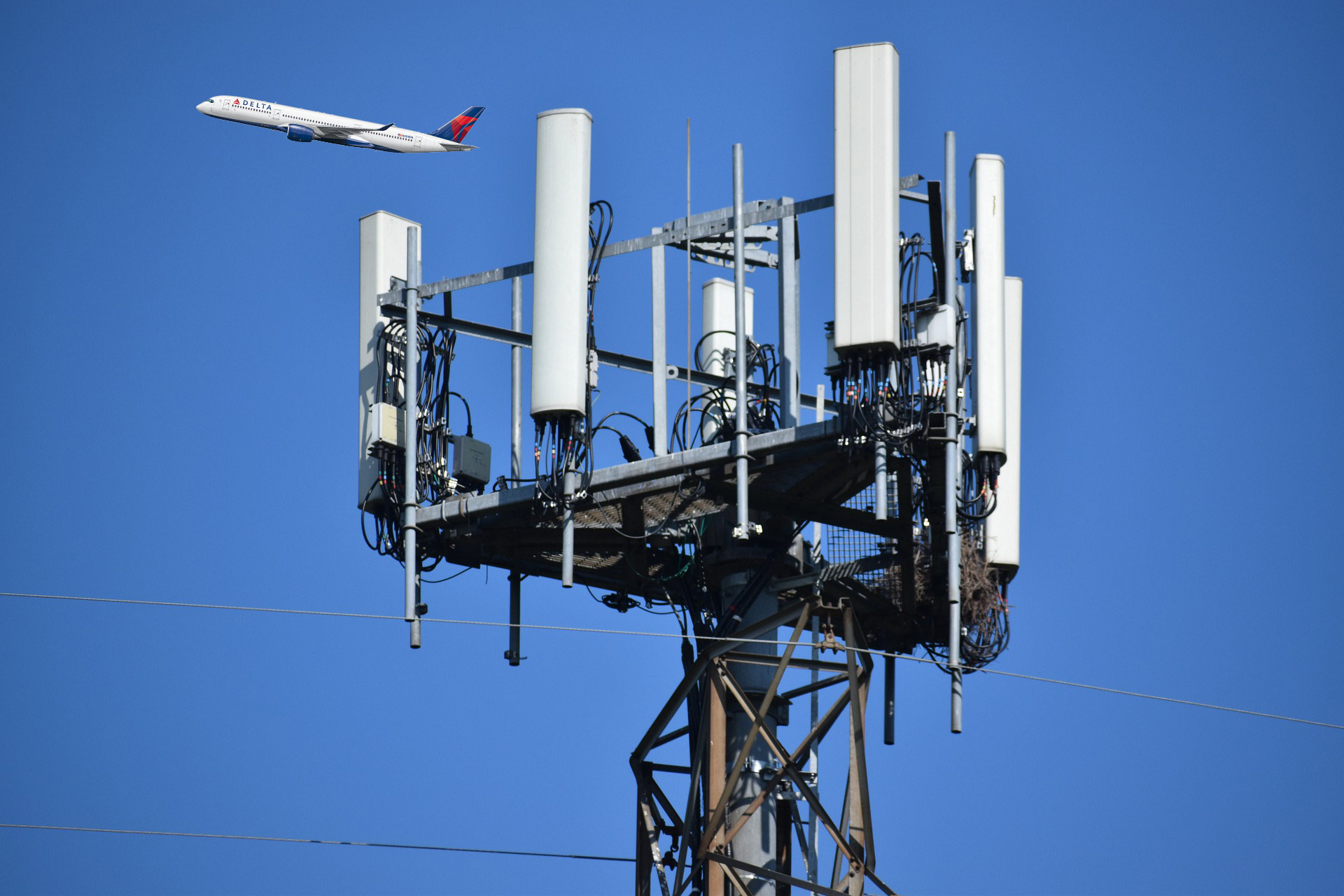 While most of the 5G network has been switched on, several 5G providers have delayed rolling out services at stations close to the major airports. It isn’t clear how the long the delay is for.

Over the weekend, the US FAA said it had cleared 45 percent of the US commercial aircraft fleet for operation in low-visibility conditions at 48 of the 88 airports directly affected by 5G C-band interference. This latest delay is most likely to allow the FAA to continue confirming the safety consequences at the major airports, after pressure from US and foreign carriers.

The big day has arrived for the new 5G networks. They are set to be switched on.

New FAA Notams with operating restrictions at a large number of airports across the US become effective. Make sure you check them for any airport you may be operating at (including alternates) – especially if you are expecting low visibility operations. You may not be able to carry out Cat II/III approaches. You can search for the new Notams here, using the keyword ‘5G.’

Several industry heavy weights have asked the US Government directly to further restrict 5G networks near major airports and the outcome is still pending. Both Verizon and AT&T has reportedly already agreed to limit services near some – more details will follow as they come to hand.

Major international carriers have also begun cancelling or restricting flights to the US until more is known about the safety implications of the new networks.

At least 100 airports have Notams banning or restricting operations such as Autolands, HUD usage, or any other manoeuvre reliant on radio altimeters, unless the aircraft is equipped with another means of compliance (with altitude monitoring).

The Autoland ‘ban’ is of significant concern due to its potential impact on safety and efficiency during low visibility and poor weather conditions. This could limit alternate options and result in significant delays and fuel situations if airports are unable to accommodate traffic during these conditions.

The US FAA has published a list of fifty major US airports which will have 5G buffers in place to ensure safe operations.

Here’s an update on the latest and what this all means.

Flicking the ‘ON’ Switch

Verizon and AT&T will activate major new 5G networks in the US on January 19. This follows a two-week delay as the industry scrambles to assess just how much of a safety risk this might be to civil aviation. 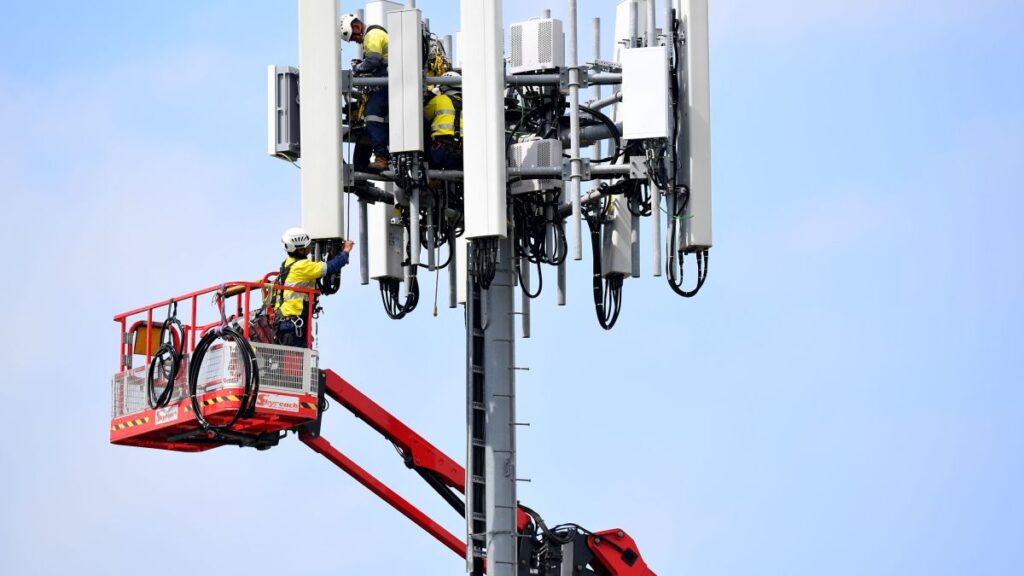 Powerful new 5G networks will be activated on Jan 19.

These new 5G services will operate in a frequency band that is uncomfortably close to what radio altimeters use. This could lead to erroneous signals and mess with safety-critical systems – especially auto land and TAWS.

For more details information on these issues, including how you can mitigate them, see our recent article.

How will these ‘buffer zones’ work?

Both Verizon and AT&T have made an agreement with the FAA to turn off transmitters in close proximity to select major airports for a further six months. During this time the FAA will be able to better assess the potential for interference.

These buffer zones will apply within the last twenty seconds of flying time in all directions from the airport. 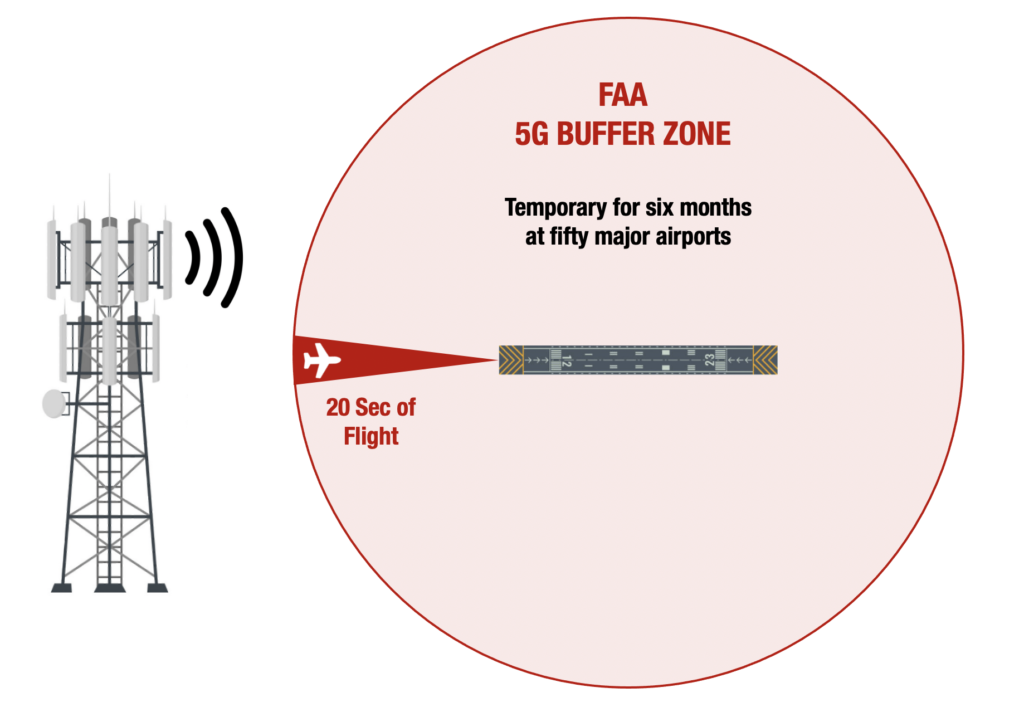 A number of factors were taken into account. These included traffic volume, how many low visibility days there are each year, and how close the airports were to the new antennas.

Other major airports were not included for various reasons such as those in areas where the networks aren’t being rolled out, ones that are far enough away from the antennas, or  fields with no CAT II/III facilities. 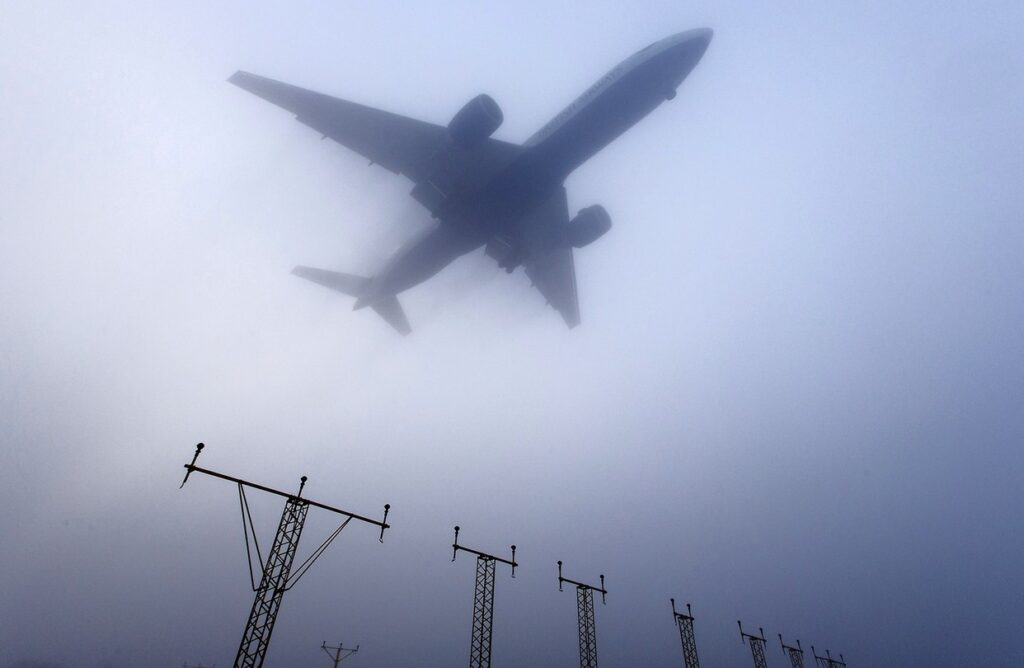 CAT II/III equipment and frequency of fog were two of the factors that helped the FAA decide which airports would be ‘buffered.’

In recent months the FAA has published a number of important documents for pilots dealing with this looming 5G issue:

The US isn’t alone.

There have also been some developments north of the border in Canada, where 5G networks are being progressively rolled out.

On Dec 23, Transport Canada published its own Safety Alert (CASA 2021-08) with some important recommendations for pilots. This was the big one – avoid flying RNP AR approaches that are not protected by buffer zones in IMC conditions, unless you have another way to identify terrain (such as weather radar). This is because the TAWS may not be reliable.

Industry efforts to understand the safety impact to aviation from these networks are ongoing. That means working directly with airlines and manufacturers, and it will take time. Temporary buffer zones help, but long-term solutions are needed.

But there’s 5G in other countries. Why is this such a big issue in the US?

A few reasons. Signal strengths will be much higher in the US than in other countries’ networks around the world.

Other design features and protections in place for aviation overseas have not been mandated on network providers. These include measures such as tilting antennas down, introducing permanent buffer zones, rules on how close antennas can be to airports and reduced power levels. 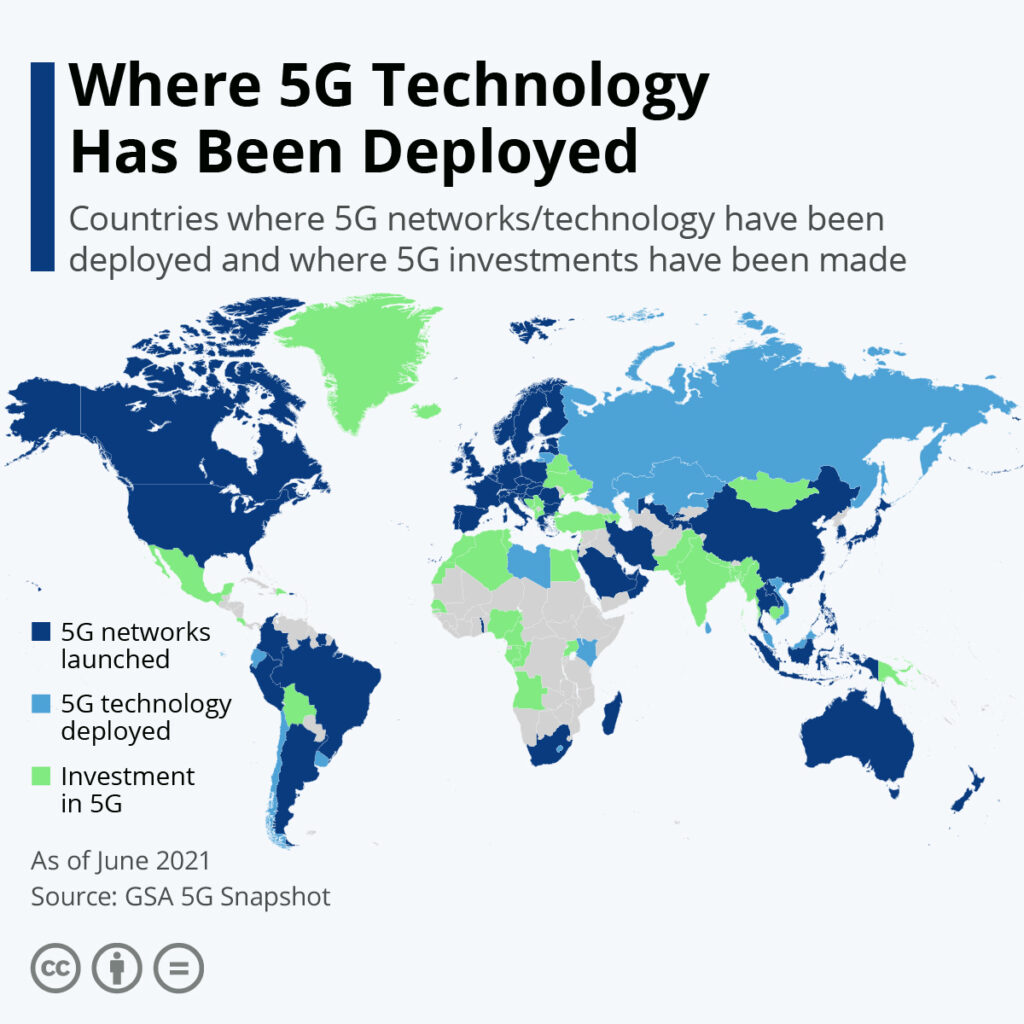 Other countries have 5G, but the new US networks present some unique challenges. Courtesy: Statista

There are two places to stay updated as this all develops. The first is the FAA’s official 5G website found here. The NBAA have also published a handy resource you can access by clicking here.