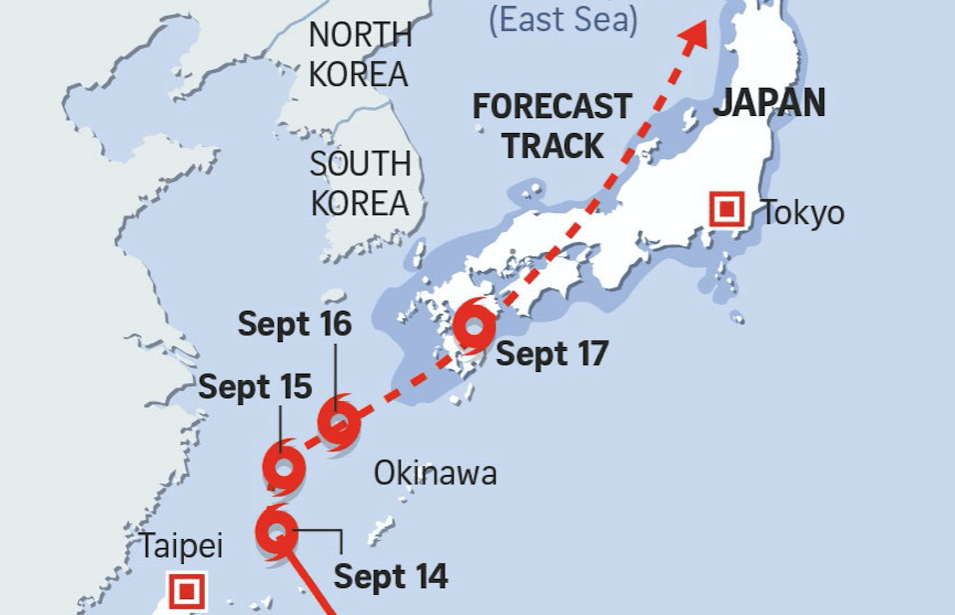 
Typhoon Talim, the equivalent of a category 4 hurricane, is now headed straight for Japan.

On Miyako-Jima Island in Okinawan island chain in the far south-west of Japan, Talim has already brought destruction: winds of over 100mph, power cuts, and the highest recorded rainfall in more than 50 years. The typhoon its expected to progress up towards the Japanese mainland over the weekend.

Forecasters had previously predicted it would pass over Taiwan’s northern cities before continuing on towards the Chinese coastline. A few flights were cancelled, more than 200,000 people were evacuated from Fujian and Zhejiang provinces, and flow restriction Notams were issued for both countries airspace (RCAA/Taipei FIR & ZSHA/Shanghai FIR) – although airports in the region remained open as the typhoon’s progress was closely monitored.

However, now it seems likely that Japan will bear the worst of the impact. If you’re operating anywhere in this region over the next few days, best keep an eye on the Japanese Met Agency’s dedicated webpage for Typhoon Talim… just in case it decides to change course again.