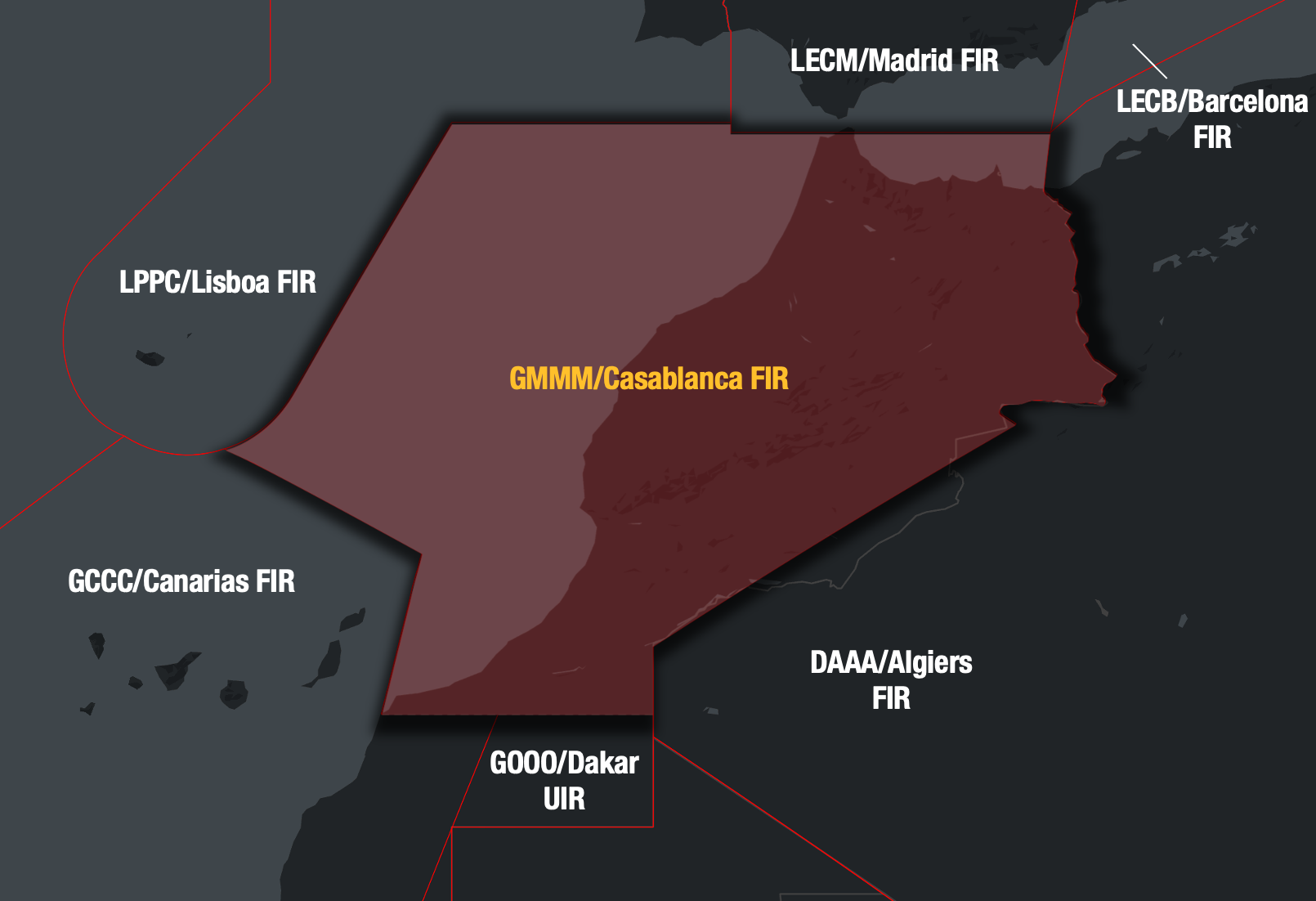 
Update 1500z Aug 3: And bam! Just like that, the ATC strike in Morocco is cancelled! There’s no more info yet, but normal ops now expected for the whole period Aug 3-18. So say Eurocontrol on the NOP site.

News broke last week that Moroccan ATC are threatening to strike for a full two weeks from August 3 – 18, and it will affect the entire GMMM/Casablanca FIR. Similar strikes elsewhere typically last just hours or at worst a day or two.

While it will not be a complete walk-out, the airspace may be heavily restricted – a busy air corridor linking Western Europe to Sub-Saharan Africa and South America. On average Moroccan airspace services over a thousand flights a day, and ATC want to put the brakes on hard.

It’s all found in this letter written by the union responsible. Here’s our breakdown of what it says, along with some nice pictures.

If you want to come in, you had better get in line. If the strike goes ahead, only one aircraft per hour will be allowed through each entry point to the GMMM/Casablanca FIR. 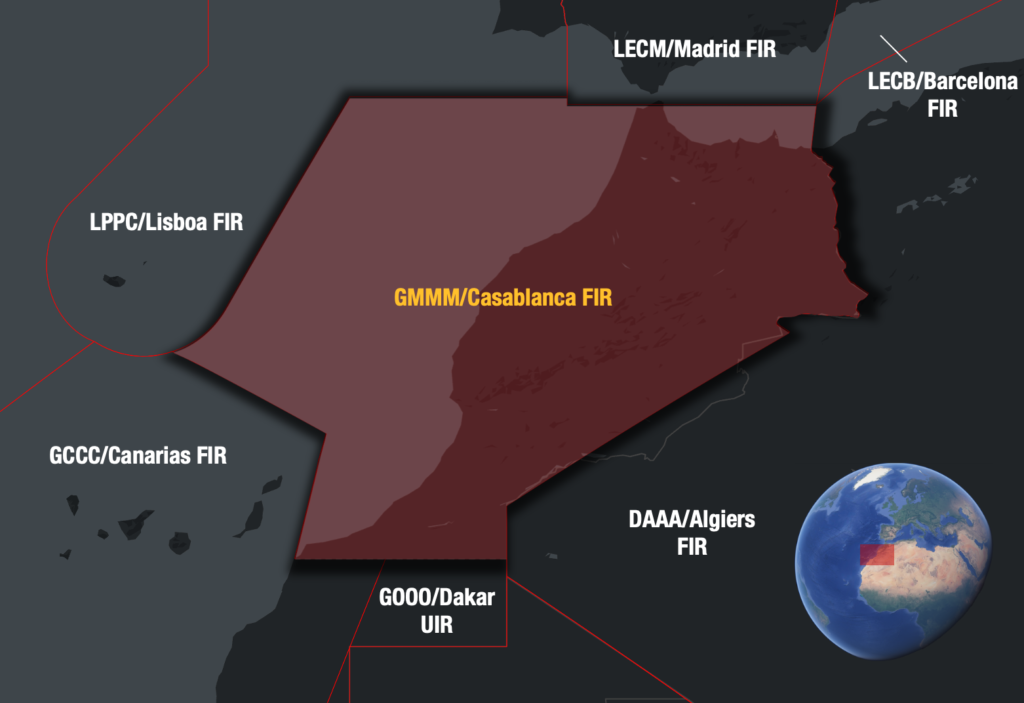 All major airports in Morocco will be affected by heavy restrictions on aircraft movements. In each case, only two aircraft will be allowed depart each hour. 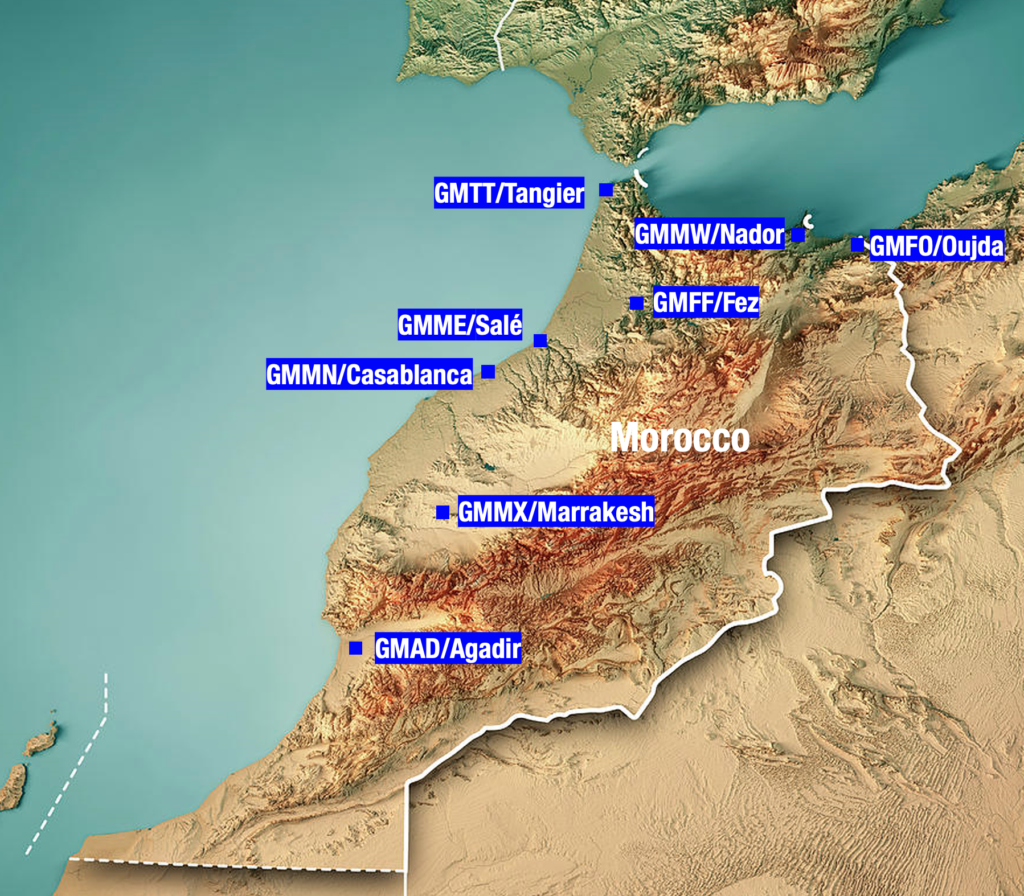 All of Morocco’s major airports (along with others) will be restricted to two departures per hour throughout.

There will be limited exemptions, but they won’t apply to most operations. Aircraft engaged in state, RFF, medevac or humanitarian ops will be exempt. And if you experience an emergency, of course you’ll be allowed in asap.

You will also be able to get special handling permission by including ‘STS/AFTMX’ in Item 18 of your flight plan to get around the restrictions. This will be by prior approval only though. To ask for it, you’ll need to contact the CAA directly. You can reach them at civilair@menara.ma or on +212 537 67 94 07.

Watch out for Western Sahara

If you’re hoping to avoid the hold-ups in the GMMM/Casablanca FIR, you may be tempted to route further south over the Western Saharan region.

Something to be aware of first – there are still active airspace warnings in place for this disputed territory. Despite being quiet in the news lately,  there is a long running conflict happening there. Anti-aircraft weaponry has previously been identified as a possible threat to low flying aircraft below FL200. The risk to overflights in the upper flight levels is very low, but take extra care if planning for diversions or emergencies.

You can read a full briefing on the situation here. We’ve also written this article which may also help.

The nature of industrial action is that it can be hard to predict until it actually happens. On August 1, Eurocontrol advised the strike was imminent but also noted that the GMMM Notams were conspicuously quiet. We also reached out directly to the Moroccan CAA, but so far *crickets*.

Other ATC strikes in Africa

It must be the season! Also be aware that on August 25 another major strike is planned affecting five FIRs in Western Africa, along with another over Madagascar in the east. You can read more about that one here.