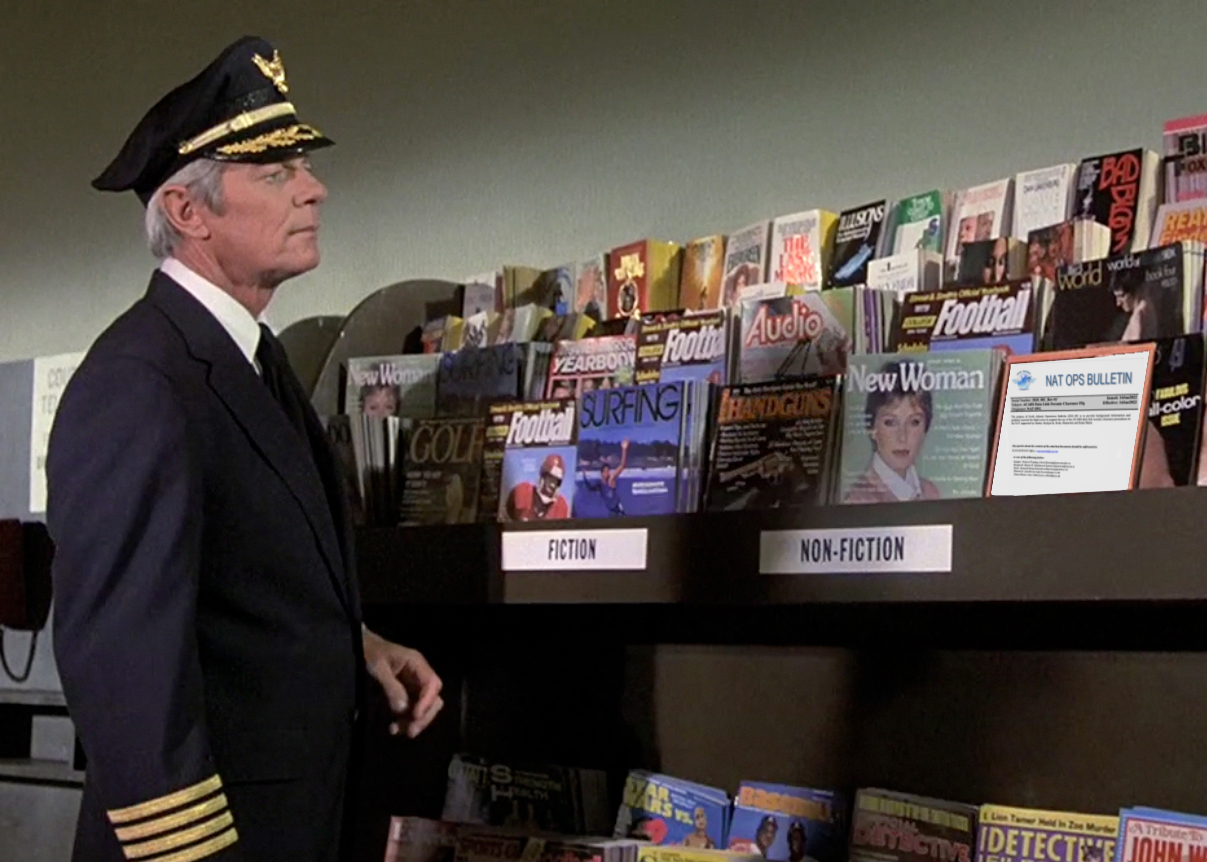 ACARS Oceanic Clearances on the NAT

ACARS Oceanic Clearances on the NAT


There is a revised NAT OPS Bulletin that was issued June 14. Bulletin 2020_001 is all about ACARS Data Link Oceanic Clearances.

It puts all the procedures for CZQX/Gander, BIRD/Reykjavik, ENOB/Bodø, EGGX/Shanwick and LPPO/Santa Maria into one spot, instead of having them spread between all the different individual ANSP NAT OPS Bulletins.

When we compared the old version of the Bulletin with this new one there aren’t really any big differences at all. Essentially none, in fact. But since we recently confused ourselves a lot over all things ACARS related, here is a refresher summary of what it says…

Have a read of the intro first

Point 2.2 of the introduction says this:

“The ACARS Data link oceanic clearance service is provided by means of VHF and satellite to ACARS equipped aircraft via communications service providers ARINC and SITA. It should not be confused with FANS 1/A CPDLC.”

(I totally confused these earlier, despite having used both.)

“Operators intending to participate in the ACARS data link process are required to contact their communications service provider and indicate they would like to receive the service.”

So that means the likes of ARINC and SITA.

The Procedures (in short)

1. Put the ACARS logon in, along with your flight number and the OCA facility.

2. Make sure you request your clearance at the right time (not too early, not too late). Here is the current table of timings:

Not too soon, not too late, or rule of thumb…

3. Make sure your RCL has all the right stuff in it:

4. If you don’t get some sort of “RCL Received” message within 5 minutes of sending it then you’re going to have to use voice instead.

5. Once you get your clearance, check it well. That means checking the LATs and LONGs in your FMC. If the clearance doesn’t match your flight plan, then both pilots should independently confirm the coordinates and points. If you don’t like your clearance then negotiate by voice, otherwise send your CLA (clearance acknowledgement). If you don’t have that function, do it with your mouth.

Some peculiarities with each of the OCAs

Other helpful stuff in the bulletin

Inmarsat datalink probably won’t work above N82°. Iridium and HF datalink should.
The flight level in the clearance is not a clearance to climb. ATC need to clear you, and need to make sure you reach it before the OEP. But… if you lose comms then this is the cleared oceanic flight level.
Contacts: