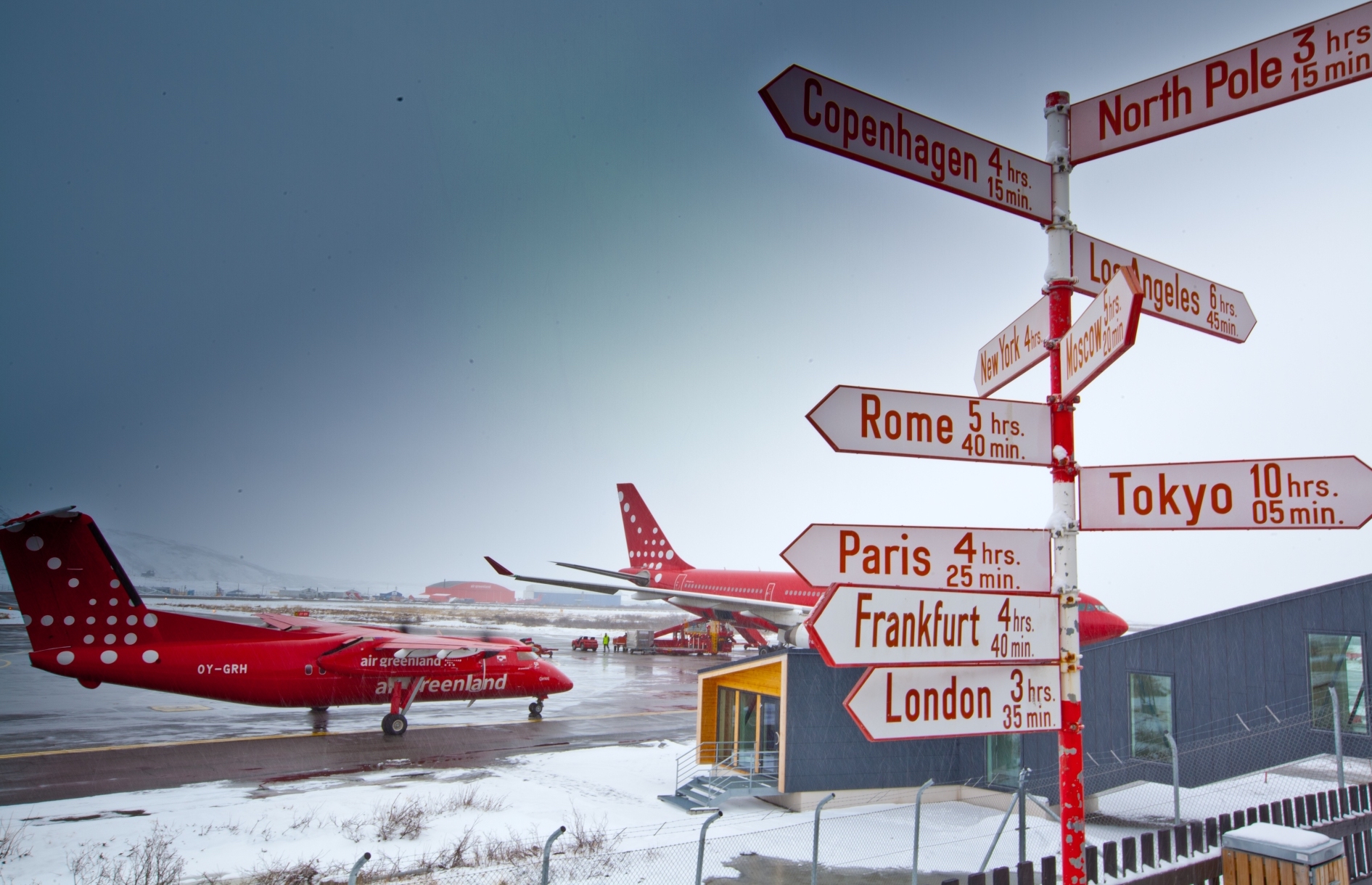 The Shopping for a Tech Stop Checklist

The Shopping for a Tech Stop Checklist


What should you be looking for in your tech stop selection?

Here are some tips and thoughts on what to look for in a tech stop, and a brief review of the most popular North Atlantic tech stop spots, as recommended by Opsgroup members (because we know a lot of folk route that way).

First up, our easy Four Point Checklist. Something we like to refer to as the “know before you go” list:

This is probably the most important thing. St Maarten might be somewhere you’ve always wanted to see, but if you’re flying from Washington to Paris, it probably isn’t the best choice. So when thinking about where it is, you might want to actually think about these things:

Seems obvious, but when you’re thinking about your range and route, throw in some average winds as well. Distance to an airport is not the same as time to an airport. Nor is time from there to wherever you are trying to eventually get. When we say time, we of course mean how much your fuel gives you.

Ok, this has a few more things to think about.

Not just any runway either, but one you can actually land on?

Great. But hang on. Can you actually land on it (and stop) if it’s wet (or worse), there’s a bit of a tailwind and you have some sort of performance penalty incurring technical problem? Might be worth checking for some “worst case” (or at least worse than normal case) situations given that you are planning this airport for a tech stop…

A quick review of the general weather you can expect is probably worthwhile as well. Some airports experience significant winter ops, low vis and other nasty conditions from time to time making them unsuitable, or at least more challenging, as a year round tech stop option.

If you want to get really “doomsday” about it, then check out your Plan B options as well, particularly if it is remote and will be your only option. If it doesn’t have CATIII capability, or it only has RNAV type approaches then what would you do if… if your GPS is kaput? Or the weather is below CAT I? Better thought through in advance than on the day.

Finally, if you have a big, fat airplane, check the stands are suitable, the taxiways are wide enough and check the PCN is strong enough.

Oops. Someone taxied where they shouldn’t have

Done? Not quite. Most tech stops are actually fuel stops. And even when they aren’t, you’ll still probably need some.

Does it have what you need? If yes then check if it has it when you need – not all airports offer H24 services.

Consider the cost as well. Filling up more, earlier or elsewhere might be more cost effective.

A tech stop is probably going to need an engineer. That engineer needs to be able to fix your aircraft. Bob from Bob’s Hack Shop down the road probably won’t fix it well. Find out who is available and what they can do for you on your aircraft.

Of course, if something big breaks then even the best engineer might have to wait for parts or a more qualified engineer to come out. A decent tech stop will need decent access, one flight a week is going to see you stuck there for a while.

Such a small thing to think about but potentially important if you want to get out again and the airport only has taxi in stands. If you don’t carry a tug onboard then check whether your aircraft requires a specific one, and if so – confirm if there is one available there.

The most important is probably good old Customs and Immigration if you don’t want to run into trouble when a tech stop turns into an overnight stop.

Smaller airports might be limited in terms of the ground transport they can offer to you and your passengers, and smaller airports are often situated next to smaller towns with limited transport and accommodation. So checking facilities at both the airport and beyond is probably a good idea, just in case.

Know who to talk to and how to get hold of them. Being unable to print a new flight plan can cause delays – if you already know who has the key to the printer this sort of little thing saves time.

Some countries (mainly in the EU) may allow passengers to disembark during a tech stop. This Ain’t the case all over. The US, for example, generally require everyone onboard to have a visa because if the aircraft is on the ground, those passengers basically are as well – even if they never actually step off the aircraft.

If you route to Russia it varies with which airport you head to, while Brazil are going to expect everyone to remain onboard. Knowing the rules is important, and making sure you have the security in place to manage your passengers is probably also a good idea. You don’t want someone scuttling off for a quick leg stretch or cigarette break and suddenly your simple tech stop has become an international incident… 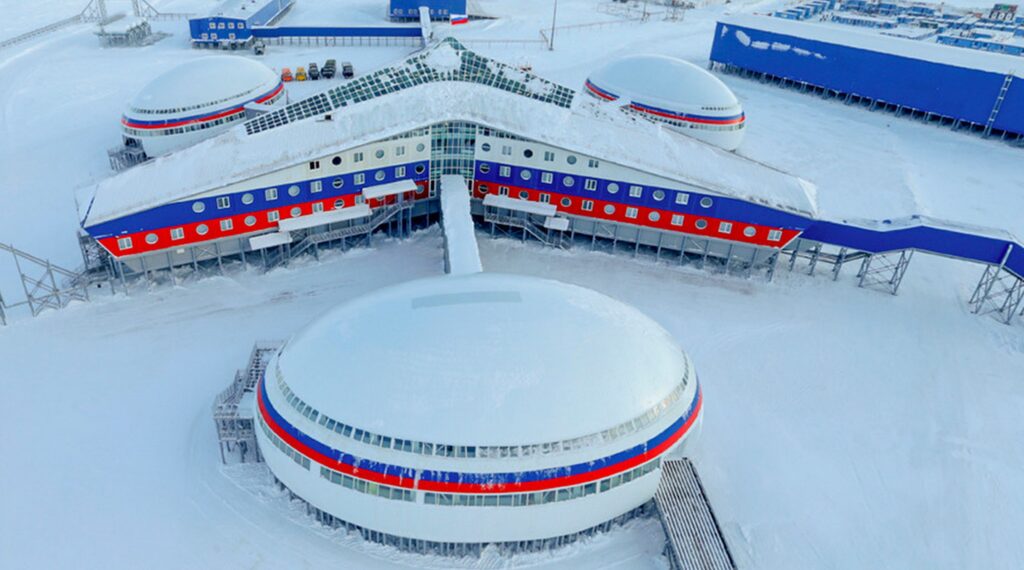 Bear in mind some airports also do not allow tech stops. LTBA/Istanbul for example. Or any Russian or Chinese military airport unless you want to get yourself arrested.

Airports that are happy to be used as tech stops might be less happy if you are a big airplane and decide to sit on the ground there for ages. Generally major international airports prefer you to not do this, and have fairly restrictive stopping times. If you just want fuel, EGLL/Heathrow might accommodate, but the wait might be long – EGSS/Stansted night be a better, and more efficient option.

Yep, no point heading in somewhere only to find they won’t let you out again.

If you are heading in in an emergency then this is less of a pre-planned thing, but if you’re planning a fuel stop then you’re going to need to have a landing permit organised (if the airport requires).

We recommend checking out these three –

It might even come down to which agent you use at the airport so get a good deal organised before heading in.

Prepare and familiarise in advance. Check them charts and notams regularly. *Assume* you will need to go and land, and have stuff set up for it in advance. A tech stop shouldn’t be a rushed diversion – it should be a pre-planned easy event. 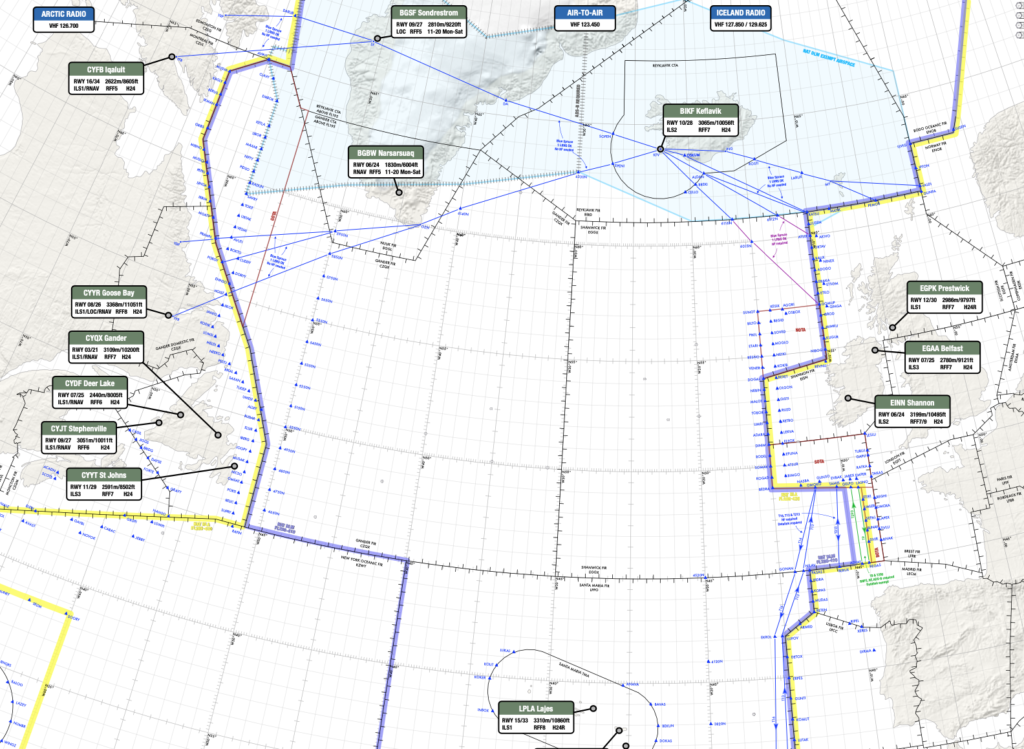 We asked members, in a poll, to share the airport choices they favour for North Atlantic routing tech stops. Actually, the list was more of a “flying from the US to somewhere on the other side” which is why EFHK/Helsinki was in the mix.

We received around 150 votes and these were the finalists (in order of popularity):

If you’re a member then check out our handy Opsicle (refreshing bits of ops info, just for members). We made one on these four airports to help with your tech stop planning. It’s called ‘4 Tech Stop Options’. It isn’t *finished* – we threw in some of the contacts and info we know, but add your own! 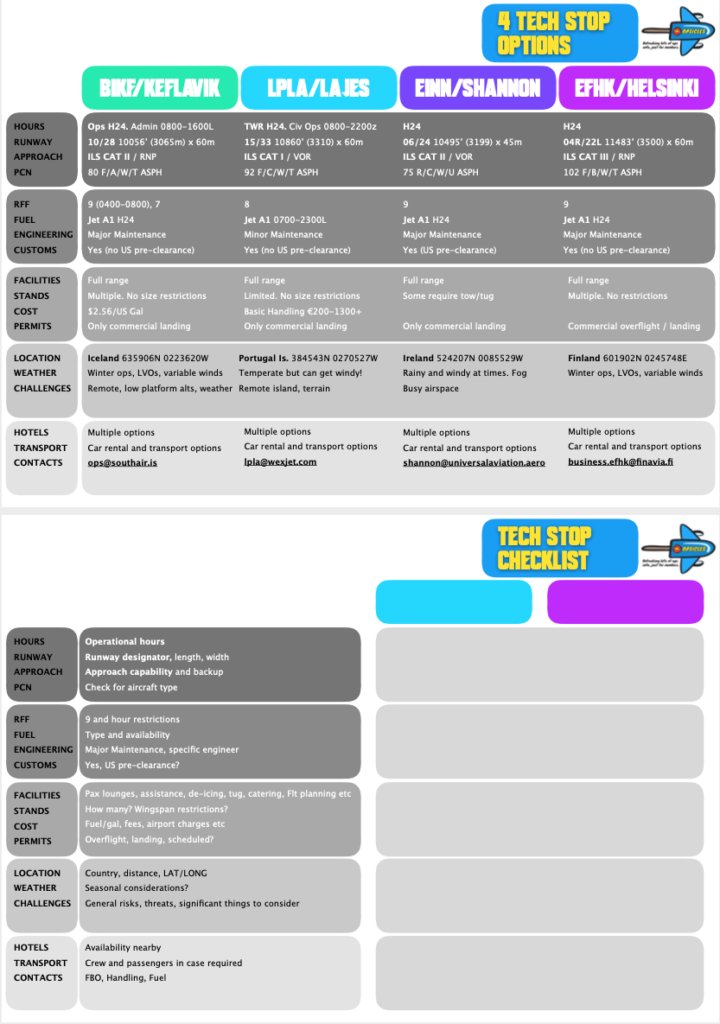 If you’re a member, get the real one by clicking on the picture. 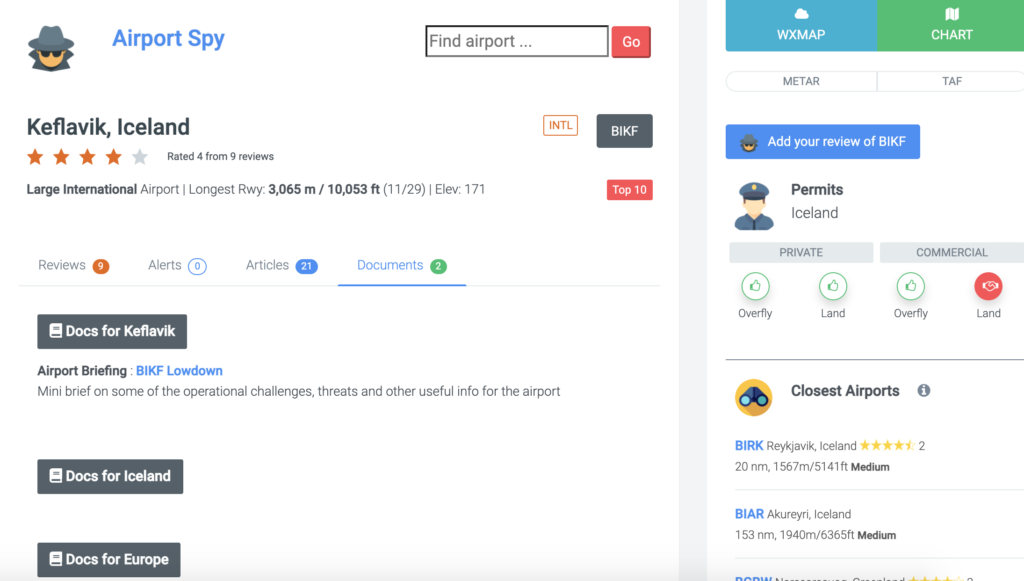 Check out this earlier article on airports in the remote regions of Canada.