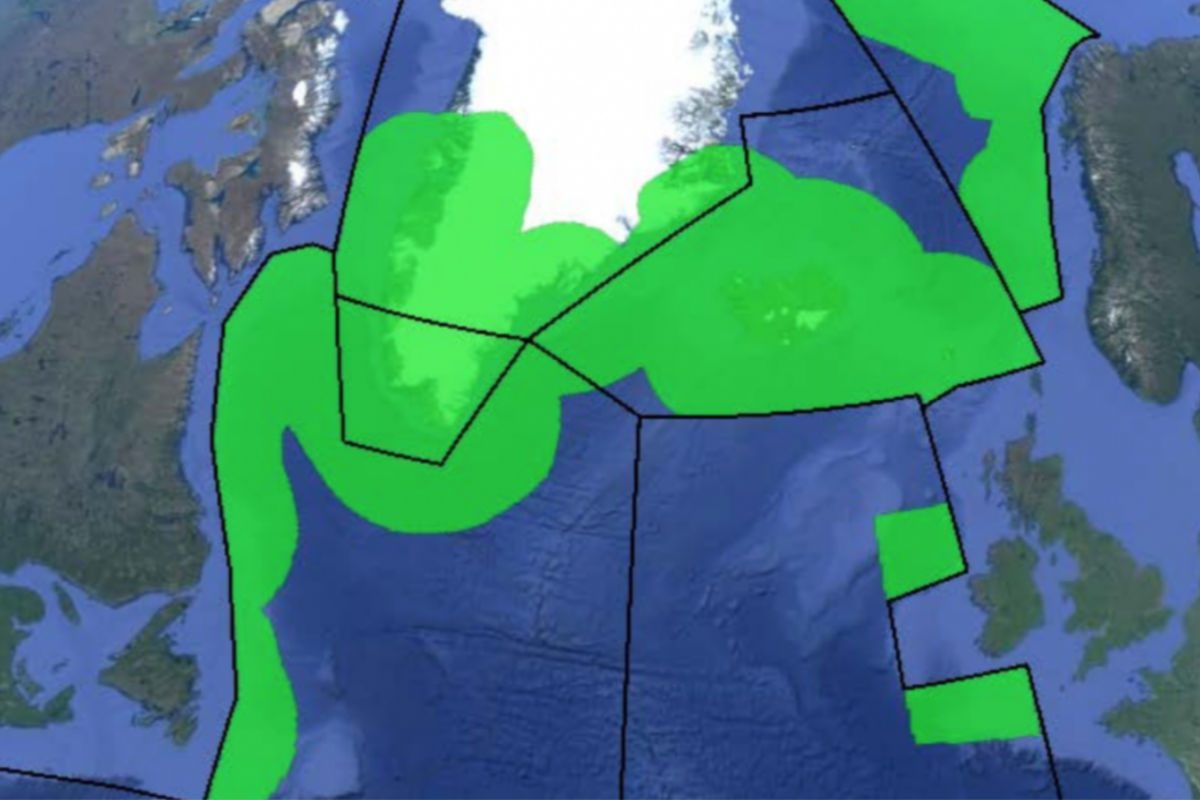 The North Atlantic Datalink Mandate – What are the rules?

So the rules are currently suspended. Great. But when they come back in, how will they work?

As per the final phase of the North Atlantic Datalink Mandate (NAT DLM) which came into effect on 30 Jan 2020, datalink will be required between FL290-FL410 throughout the entire NAT region. Simply put, you must be equipped with CPDLC and ADS-C if you want to fly between these flight levels.

There are a few exceptions to this:
– Everything north of 80°North
– New York Oceanic East FIR (was previously all of NY Oceanic)
– Tango Routes T9, and new route T290 that will be introduced on the same day the mandate goes into effect. The other Tango routes (T213, T13, T16) will all require datalink.
– ATS Surveillance airspace, where surveillance service is provided by means of radar and/or ADS-B, coupled with VHF. These areas are shown below in green, although note that if any of the NAT Tracks go into these, you won’t be exempt while on that Track! 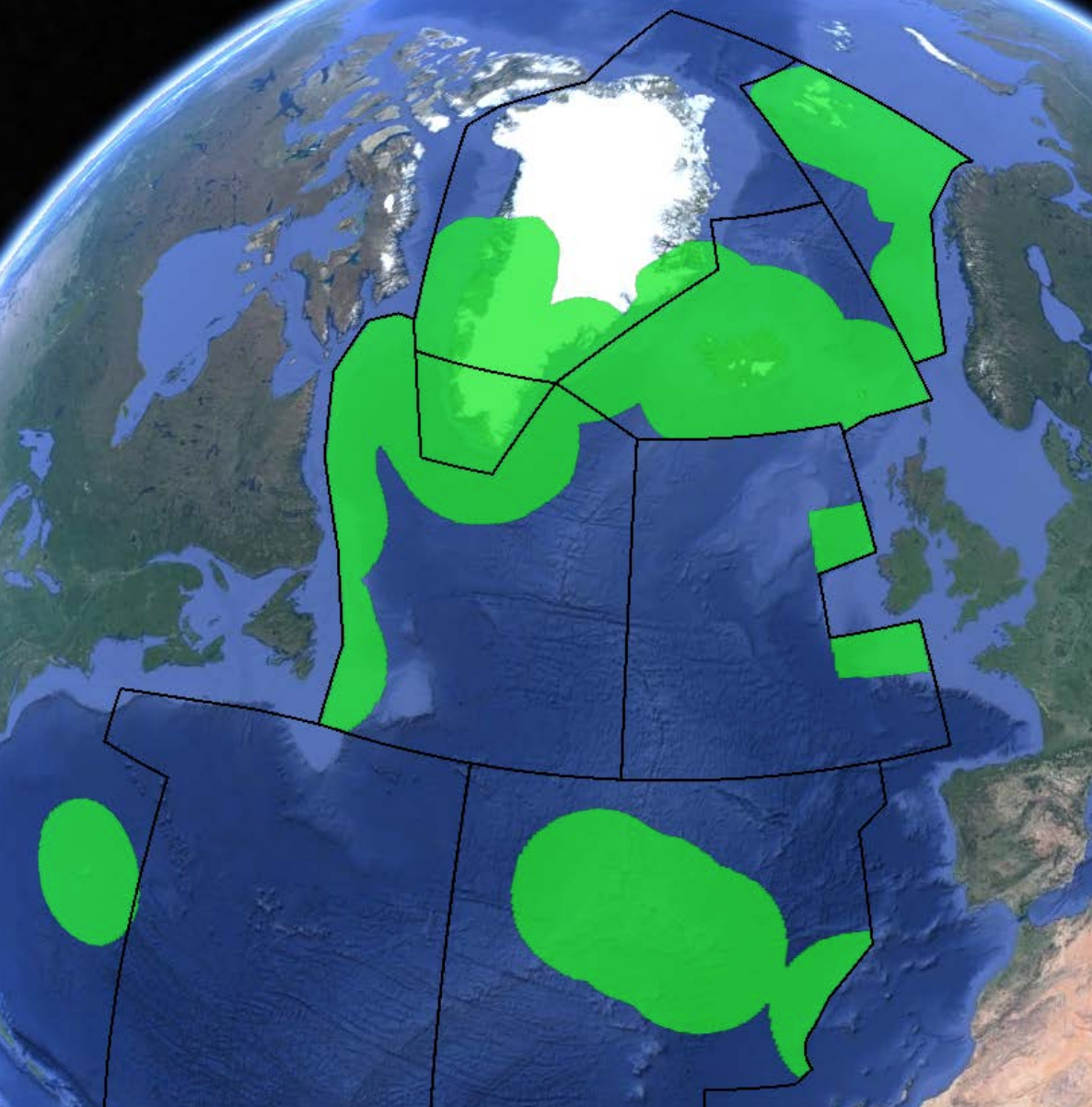 The Blue Spruce routes over Greenland are not fully contained in the exempted airspace – they route too far south. So if you flight plan the Blue Spruce routes you will have to meet the NAT DLM requirements or fly outside of the vertical parameters of DLM airspace (i.e. below FL290 or above FL410).

The relevant ICAO NAT Ops Bulletin sets out the exempted airspace over Greenland and Iceland where you can still fly if you don’t have datalink. This area is bounded by the following: 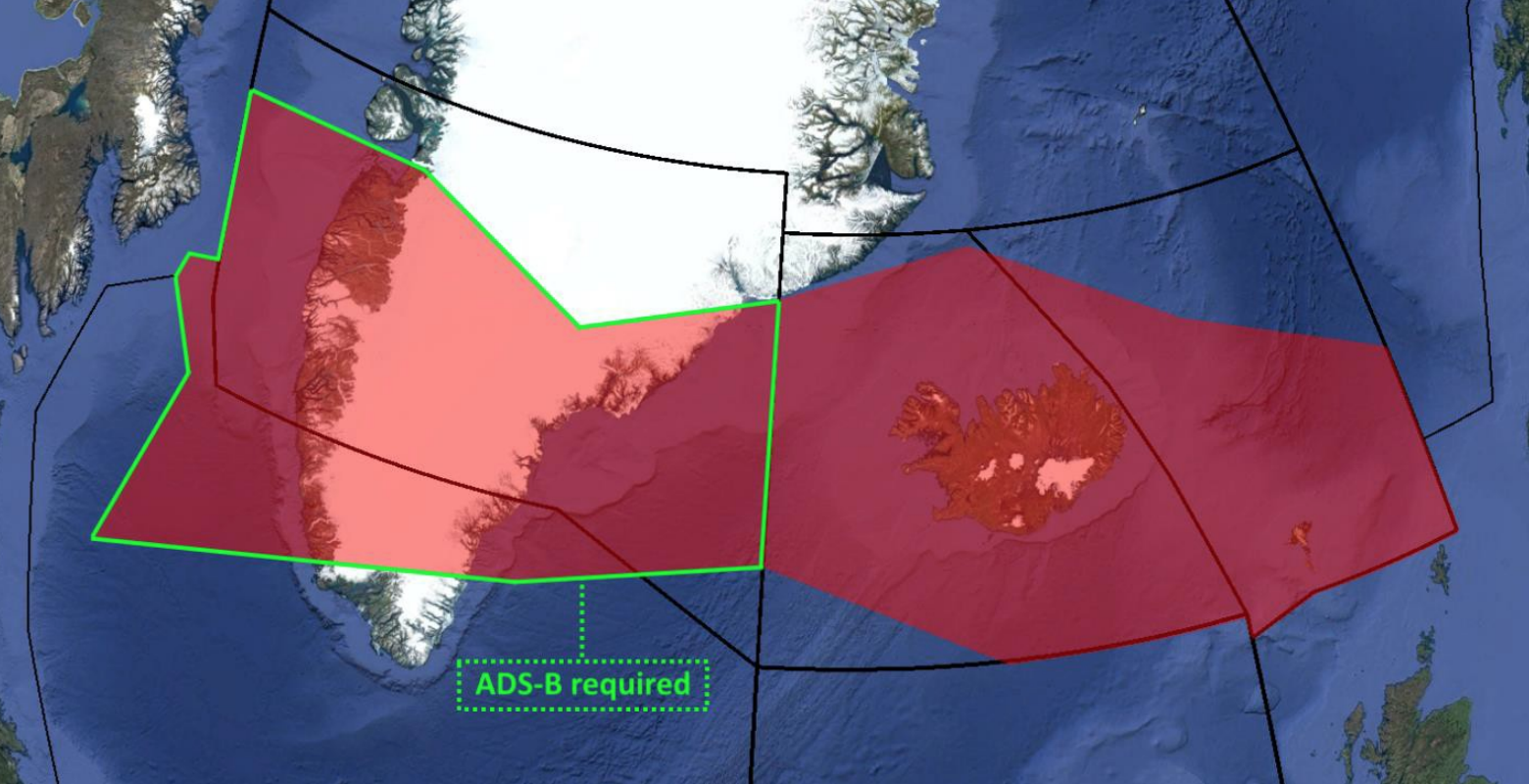 The southerly Blue Spruce Route between Canada and Iceland routes south of this area. So to say that again – to fly on the Blue Spruce routes between FL290-410 you will need CPDLC and ADS-C. 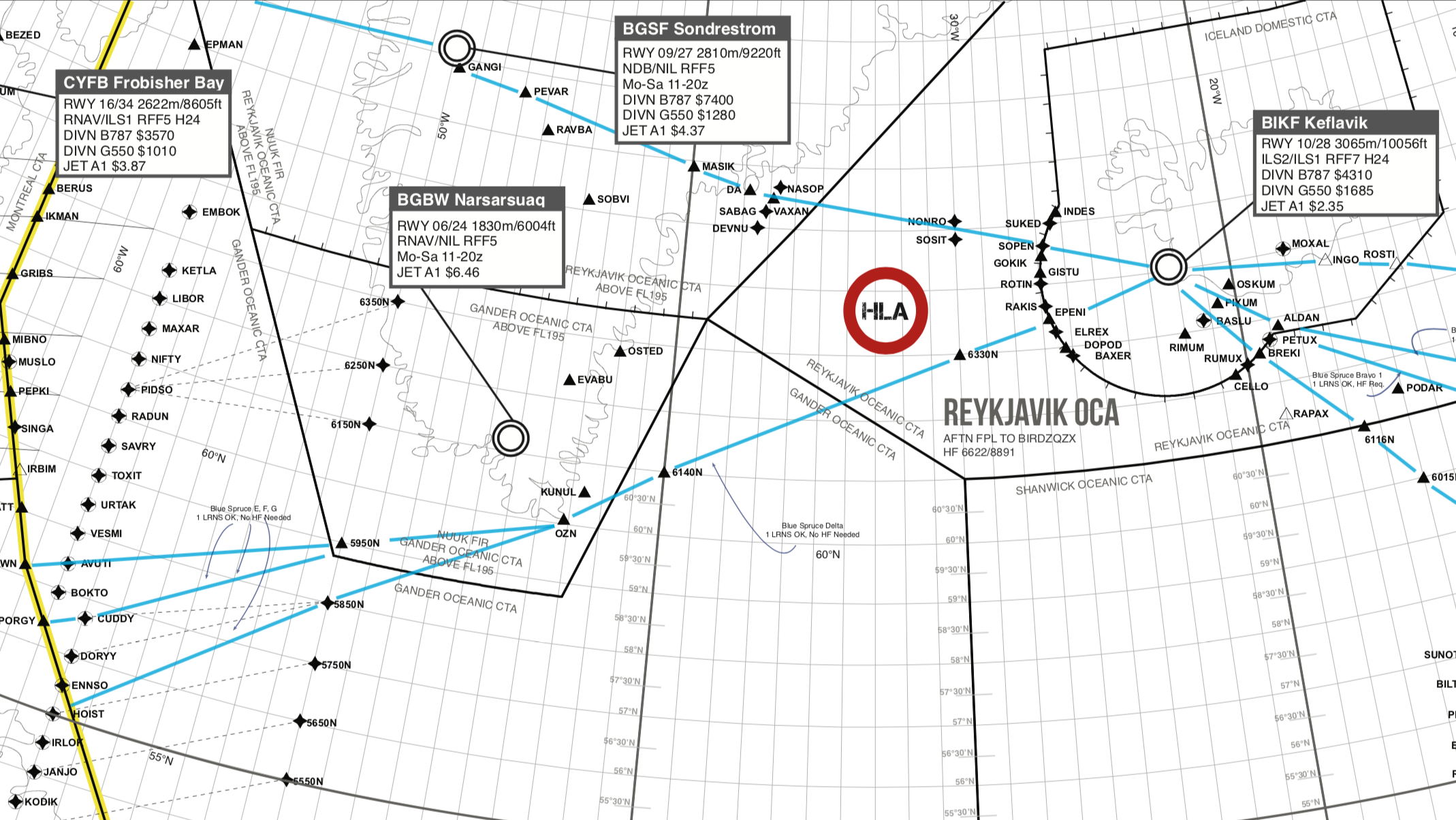 It’s worth noting that aircraft without datalink can request to climb/descend through datalink mandated airspace, but will only be considered on a “tactical basis” by ATC.

Flights that file STS/FFR, HOSP, HUM, MEDEVAC SAR, or STATE in Field 18 of the FPL, will continue to be permitted to flight plan and fly through datalink mandated airspace, but may not get their requested flight levels.

For more details about the datalink mandate, check out the ICAO NAT Bulletin in full here.