The Hot Topic of Hot Spots

The Hot Topic of Hot Spots


We aren’t talking about a bad rash, or the trendiest new club in town… We’re talking about those spots at airports where you’re most likely to mess up and get in the way of another aircraft.

Why is this a hot topic?

The FAA are standardising their symbology so we thought it would be worth sharing with any folk based in the US who haven’t spotted it yet, and for anyone who flies into the US for that matter, just to make sure no-one misses a Hot Spot warning.

What is a Hot Spot?

It is a location on an ‘airport movement area’ which has a history of incursions, collisions and confusion. Or which has the potential for all the aforementioned mess. Basically, anywhere there is a risk of an aircraft going the wrong way or get in another aircraft’s way.

They look like a really confusing bit of taxiway, often near a runway…

On the charts this might be shown with a circle, a square, an ellipse, a rectangle, an octagon, even an octopus if the chart maker so fancied. There is no standard shape for marking these which means if you aren’t familiar with an airport (or its chart) then you might not notice the spot to watch out for.

From May 19 2022 they will become only a circle or an ellipse, with the details in a little rectangle linked to it.

Here is a picture of the before and after: 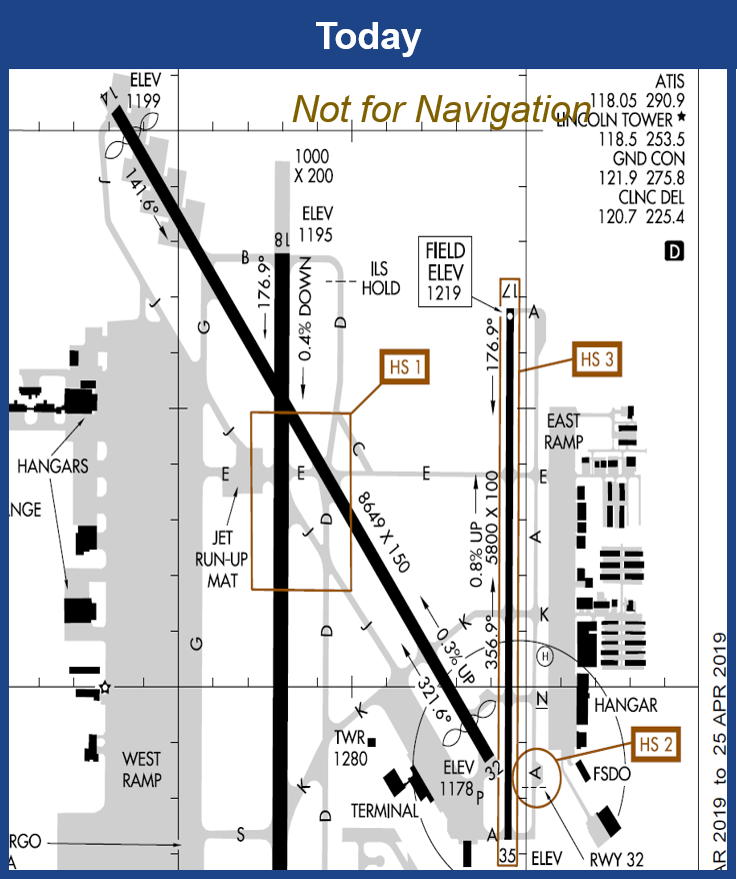 The chart of today (before) 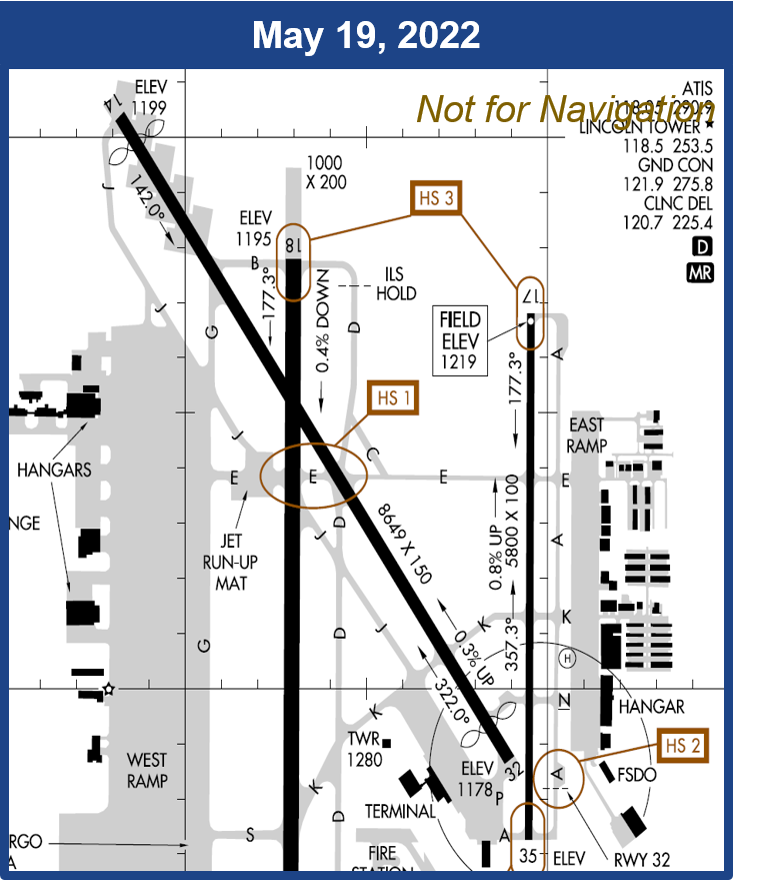 The New of tomorrow (May)! Circles and Ellipses only

These are in line with the symbology that the likes of LIDO and Jeppesen already use.

The FAA will be issuing Arrival Alert Notices (AAN) at airports which have a particularly bad history of misalignment risk.

This is all to do with the runways and the risk of aligning the wrong one (or not one for that matter). The new symbology will show ‘wrong surface’ hotspots in ellipses.

Which airports have this problem?

Why isn’t KSFO/San Francisco on this list? Who knows. Actually, we do – it is because these occurs most often with GA aircraft, so just because there isn’t an AAN, don’t assume there isn’t still some risk if there are parallel runways, taxiways, or even nearby airports with similar orientation. These are generally noted on the charts in text format anyway.

Read about it direct from the FAA

You can find the link to their page on it here.

There are also links to PDF documents containing lists and details on all the hotspots at the major airports. Like these for the Northeast US states.