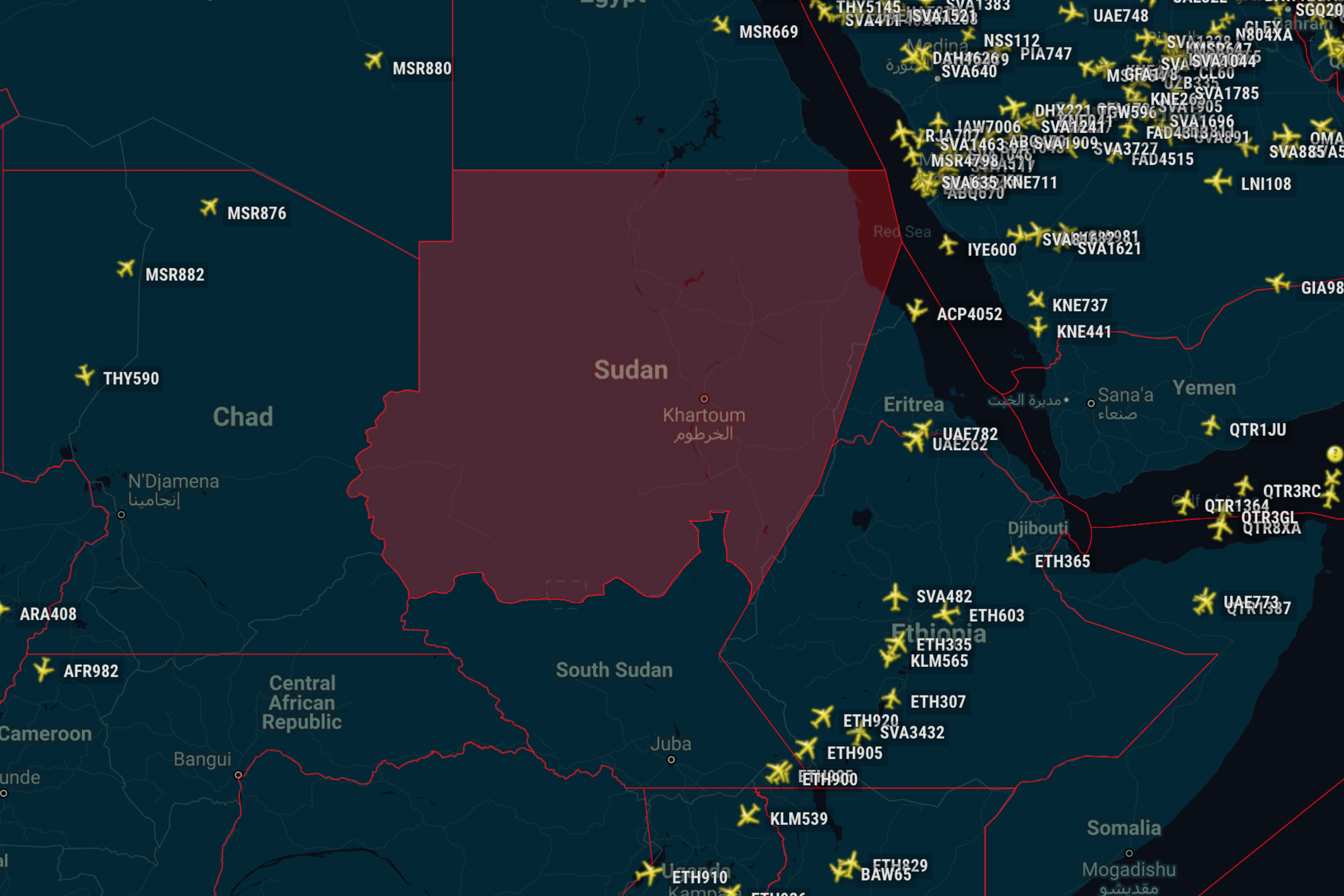 
Generally, our SafeAirspace risk assessments focus on risk due to conflict, and the anti-aircraft weaponry that is often a result of said conflicts. But today a new risk alert popped up for South Sudan.

So this is a brief summary on the history of airspace safety concerns for Sudan and South Sudan, and the new risk that has been highlighted specifically for South Sudan.

Where are we talking about?

South Sudan is a landlocked country in East-Central Africa, bordered by Sudan, Ethiopia, the DRC, the CAR, Uganda and Kenya. The main airport for South Sudan is HSSJ/Juba.

Yep, there are two Sudan’s – Sudan and South Sudan. South Sudan is officially known as the Republic of South Sudan, whilst Sudan (North Sudan) is ‘just’ Sudan.

Sudan and South Sudan are two separate countries since 2011

They were the same country until 2011 when they separated following decades of civil war. South Sudan became the world’s newest nation.

Following five years of civil war in South Sudan, a ceasefire has largely held since Sept 2018. Though there has been a significant reduction in violence since then, the political and security situation remains volatile.

Sudan, on the other hand, (which borders South Sudan, the Central African Republic and Chad), has had its own conflict. In 2019 they temporarily closed all their airspace following a military coup which ousted their longtime president Omar al-Bashir from power. This came after months of protests against his rule.

Clashes between the army and former security agents resulted in violence and gunfire in the streets, and the temporary closure of HSSS/Khartoum airport in 2020, but this was brought under control relatively quickly.

There are also issues in bordering Ethiopia and Eritrea, in the Tigray region, which resulted in the closure of some airspace and airways by the Ethiopian and Sudanese CAA.

What warnings are in place due to conflict?

South Sudan – Although the situation has improved since Sept 2018, several countries (the UK, France and Germany) still advise against overflying South Sudan below FL250/260 due to the risk posed by anti-aircraft weaponry. The US published a similar warning but rescinded it in Aug 2019.

Sudan – Only has one official warning in place, from the French authorities. This recommends against overflights below FL260 in the far Southern and Western regions.

But there is a new warning for South Sudan?

Yes, there is. And it isn’t conflict related.

ICAO released a letter on January 20th regarding the safety of Civil aircraft in the Khartoum FIR over South Sudan.

The concerns relate to the disruption of air traffic services and the lack of contingency arraignments in place. They warn about the lack of suitably qualified air traffic control personnel, the lack of information being shared on unserviceable or withdrawn navigation equipment, and inadequate air-ground communications. 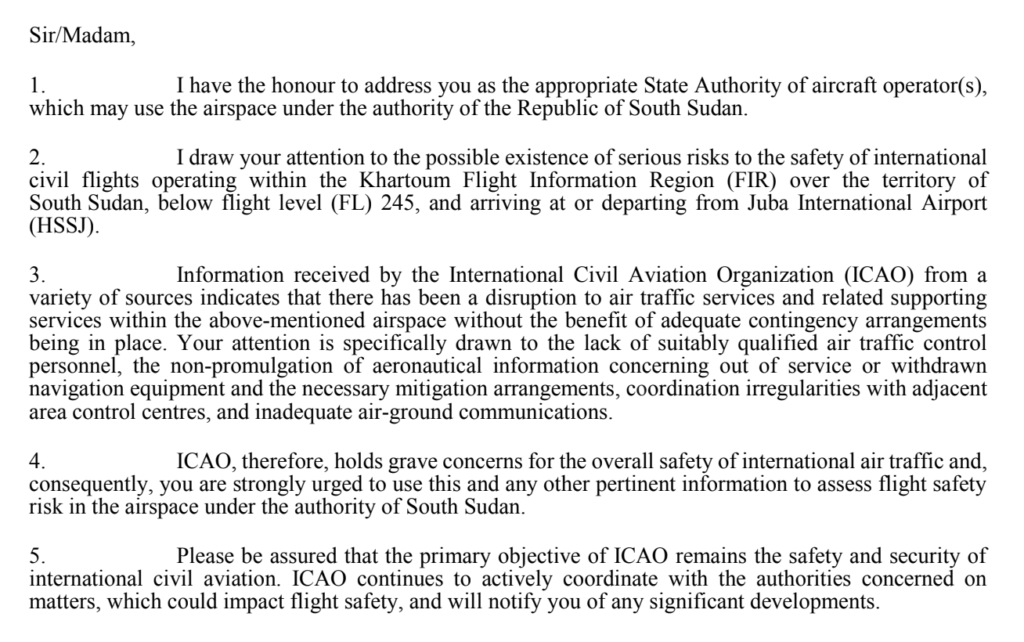 A quick search on Notams for Khartoum FIR and Juba airport only brought up info on the opening of airspace following Covid restrictions.

The full warning from ICAO can be read here.