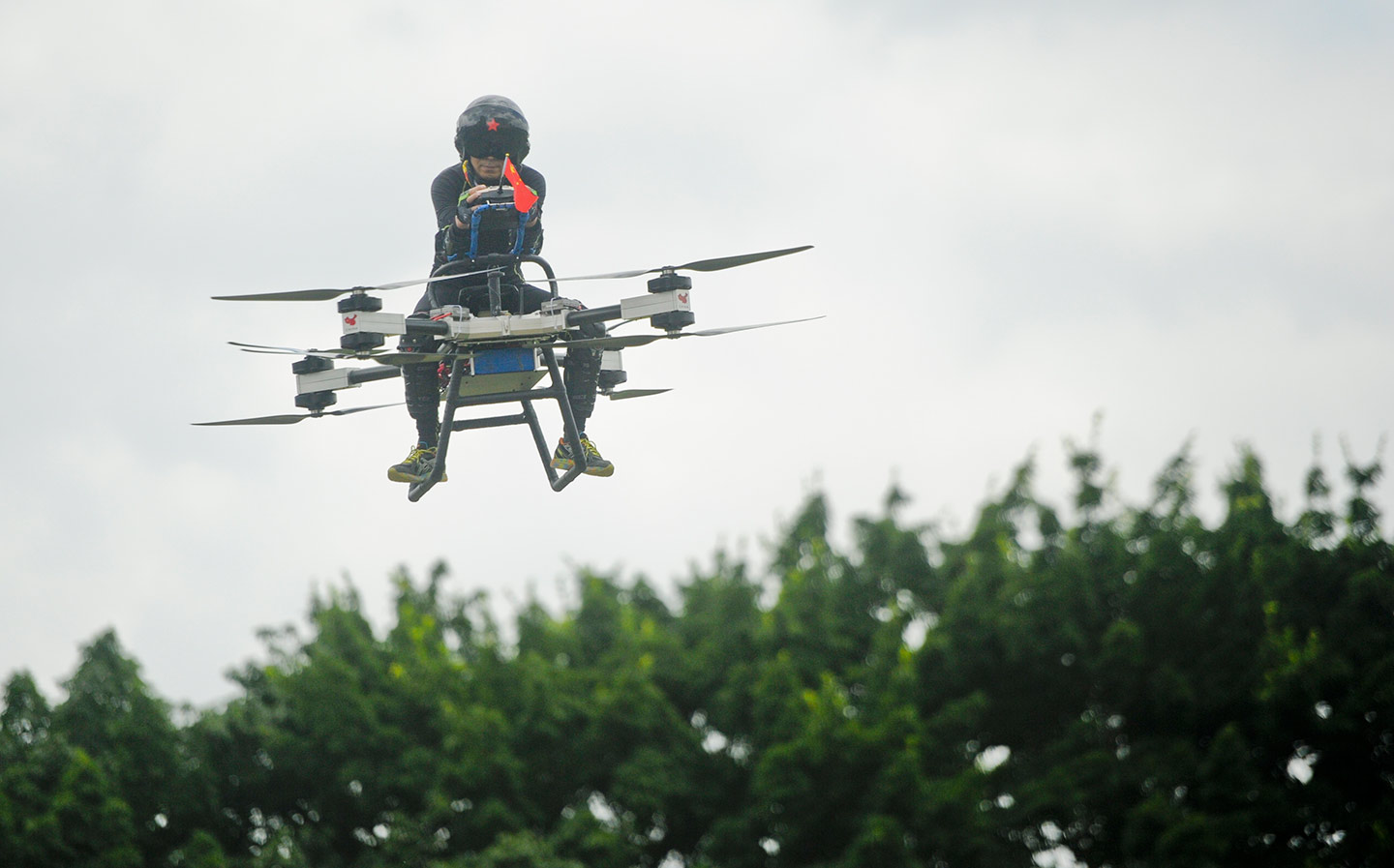 They are also changing the way we think about airborne hazards because it is no longer just large birds and escaped helium-birthday balloons we have to worry about. From nuisance traffic disruptions at airports, to attacks using ‘weapon laden’ UAVs – drones present a new and potentially growing problem to the aviation industry.

How big is this problem?

Back in 2018, EGKK/Gatwick (the second biggest London airport) closed for 33 hours, resulting in 1,000 flights cancelled and around 140,000 angry British people left standing in queues (ok, they probably weren’t all British, you do get some tourists who, for reasons unknown, actually choose the UK as a holiday destination).

Anyway, what ruined the travel plans of 140,000 people? Yep, a drone. It was spotted by an eagle-eyed security officer who was waiting at a bus stop for his ride home. He noticed two drones hovering around the perimeter fence and alerted airport operations. 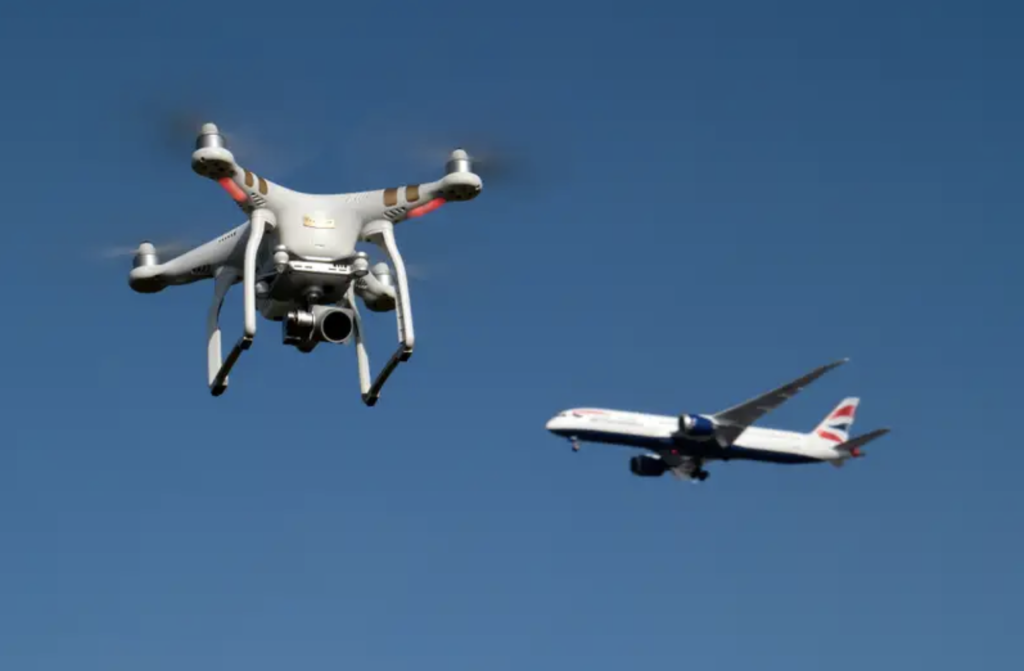 Bigger than a 787 (not really, just great perspective by Maurice Savage/ Alamy)

The UK isn’t the only place that has suffered from pesky drones sneaking into airspaces they should not be a-sneaking into. The UAE has seen multiple airspace closures over the last few years, costing them a whopping 350,000AED a minute in disruption costs at OMDB/Dubai International alone (that’s about $95,000).

The US has also had its fair share of drone incidents. KEWR/Newark Airport was forced to briefly close in 2019 after two drones strayed too far into its airspace. One pilot reported spotting one less than 30 feet from the aircraft. A quick look at the FAA drone sightings report shows 366 across the country just in the October to December period. That is more than 100 a month.

In fact, there are close to a million  recreational and commercial drones registered in the US alone and those drone sighting reports received by the FAA are increasing by upwards of 50% each year.

In 2020, a 26kg drone went rogue in Latvia and was missing for several days resulting in Latvia having to restrict airspace below 19,000’ until it was relocated.

The mystery rocket man who made headlines last year after appearing thousands of feet in the air in KLAX’s airspace night not have been human at all, but instead a large drone made to look like a person…

What is the BIG problem?

But airspace is not closed every time a large vulture is spotted swooping about, so why are we so concerned about potentially hitting a little buzzing drone?

Well, a small photography drone (your DJI Mavic type) weighs less than 1 kg (734g according to the online specs). A pigeon in comparison weighs between 300-615g depending on how much old chewing gum and fries it has chowed down in its greedy little life. So not too threatening, but is going to cause some damage to your engine if flies into it, but the difference between a drone and a bird is the bird probably doesn’t want to go into an engine and sort of tries not to. A drone (or rather the person controlling it) might want it to.

Drones can also be much bigger than a fat pigeon. Something like the Wing drone (which Amazon use) weighs about 5 kg, and can carry another 2-3 kg in cargo. It also has a 3 foot wingspan. The Whooper swan (Whooper, not whopper) variety, fully grown, weighs between 8-11kg and have a wingspan of around 2-2.8m. So, these are basically the same size as a teenage Whooper and I would not fancy one of them zooming into my engine.

If you still are not convinced, then check out this video

Bigger than a very small swan

But they are under control…

Yes, they are, and Amazon have gone through a lengthy process to get their approvals. We are not concerned about Amazon drones. What we are concerned about are the drones that anyone can generally get their hands on nowadays which are not registered, and which are being flown where they should not be flown.

We are also very, very worried about the sorts of drones being weaponsied and used to attack targets. Drone attacks seem to be a constant news item, particularly in Saudia Arabia where Yemeni rebel forces are regularly sending drones into OEAB/Abha Airport, throughout the southern Jeddah FIR and even as far as OERK/Riyadh airport.

We wrote about this a while ago. It is still going on, and these pose a big threat to aircraft operating in the area.

So what can the industry do about it? 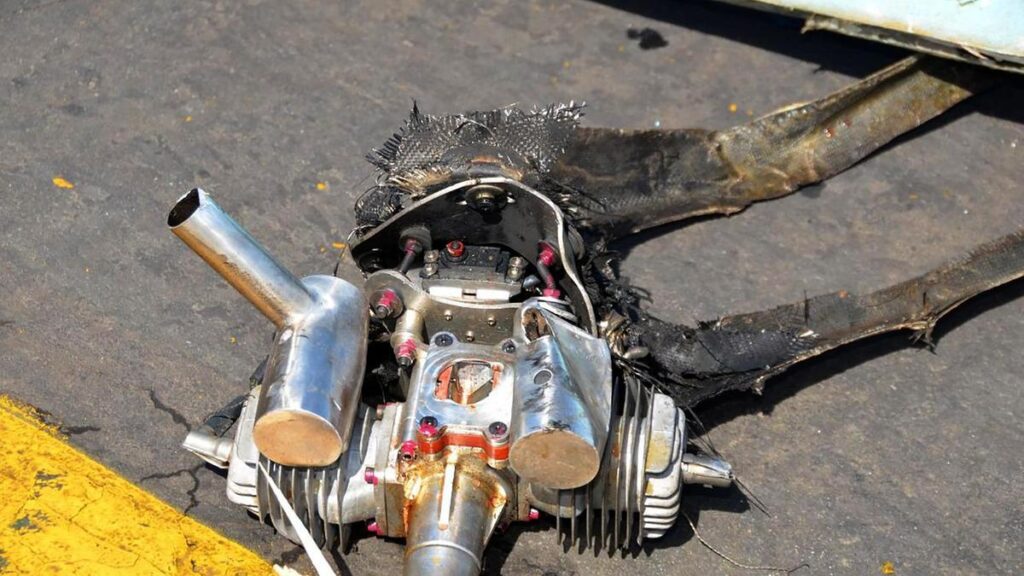 One of many drones intercepted by Saudi Air Defence Forces

It turns out there are over 530 different commercially available technologies out there designed just for the purpose of drone spotting and ‘swatting’. Broadly speaking, anti-drone technologies have to achieve two things – finding a drone, doing something to it when they do.

In August 2020, the FAA announced they would start to evaluate technologies and systems that could detect and mitigate potential safety risks posed by unmanned aircraft. Basically, stuff to Spot and Stop ‘em.

Ten of these technologies have proven promising enough that they will now be trialled at several US airports over the coming months. These trials will take place at KACY/Atlantic City, KCMG/Columbus, KHSV/Huntsville, KSEA/Seattle-Tacoma and KSYR/Syracuse airports.

‘Detect and Avoid’ systems use technologies like radar, radio-frequency, electro-optical, infrared and acoustics which can spot drones and identify the signals controlling them. The AUDS counter-UAV system, for example, can detect a drone up to six miles away using an electronic scanning radar, infrared and special precision video tracking software. It then uses an inhibitor to block the radio signals controlling the drone. All this can happen in less than 15 seconds, and in any weather condition, night or day, without disruption to the airport equipment and airplane pilot might prefer not to have disrupted.

Recreational drones rely on a radio signal which operate on common frequencies – usually 2.4Ghz or 5.8Ghz, and these are non-assigned public bands. These are east to deal with.

There are also other options like geo-fencing. This technology relies on manufactures programming limits based on GPS into the drone itself based on no fly zones and other flight restrictions. The issue here is savvy owners can bypass the system or just not update it. So a clever solution, but not an ultimate one.

Sadly none of the systems being trialled is just a huge static-charged tennis racket like you get for mosquitoes which is disappointing.

What can you do for now though?

Keep reporting them. Like the laser reporting of old, providing clear info on when and where you spot one, as soon as possible to ATC, means they can get the authorities out to search and stop ‘em.

Also keep an eye on Safeairspace conflict zones, and monitor alerts on drone attacks if you are likely to be operating in those airspaces.